Effervescent Edmonton Unexpected Surprises All Around 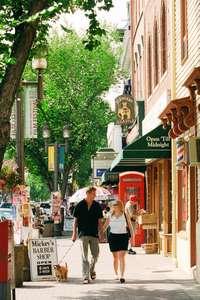 Nestled in central Alberta province, Edmonton sits serenely along the North Saskatchewan River, exuding a sense of calm to outsiders. Inside, however, unbeknownst to many, is a bustling atmosphere fueled by year-round festivals, world-class restaurants, award-winning theater, educational attractions and thrilling sporting events. It is a new world to be explored, with unexpected surprises around every turn. A deep-rooted culture, northern spirit and lively entertainment make Edmonton a prime location for any group trip.

It all began in 1795, when the city was settled by fur traders of the Hudson Bay Company. After building a fort on the north bank of the river, the traders expanded their quarters over the years and thrived as more and more people came to Edmonton, especially with the introduction of the Canadian Pacific Railway in the late 1800s. Soon it was named the capital of Alberta and has grown into the second largest city in the province.