Dublin: On and Off the Beaten Path 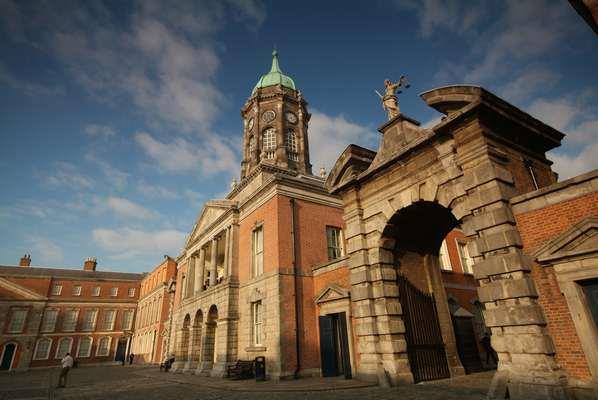 A mushroom cloud of oppressive history, political strife and economic uncertainty, along with a seemingly unachievable national identity, hangs high above the streets of Dublin. But the yellow double-decker buses maintain their routes and the pints of Guinness continue to be downed.

There is something in the atmosphere (other than the subtle scent of barley wafting east from the Guinness brewery) floating just beneath that ominous mushroom cloud that ensures the cheer and friendly attitude that Dublin is so well known for. To be lost in Dublin is a traveler’s dream: ask someone for directions and odds are you won’t be pointed in the correct direction, but rather walked to your destination and shown through the door.

There are two ways to manage a visit to Dublin: the tourist way and the Irish way. Any typical guidebook or tourism office will suggest that your group visit a variety of sites dispersed across Dublin. One such place is Dublin Castle. Continuously occupied since 1204, it features a tour of the newest and oldest parts of the structure, including the Norman Tower, which was built in 1226 and now houses the Garda Museum. Another powerfully historic attraction is Kilmainham Jail, which was built in the 1790s and used until 1924. The jail imprisoned some of Ireland’s most famous rebels including Robert Emmet and Charles Parnell. Complete a history-packed day at Trinity College. Explore the beautiful, vine-covered Georgian buildings before catching a glimpse of the Book of Kells in the library; dating from around 800, this manuscript is one of the world’s oldest books.

The most popular tourist attraction in Dublin is the Guinness Storehouse. Located within the grounds of the Guinness brewery, this beer lover’s paradise will educate your group on the brewing of Ireland’s most famous export. Complete the tour by sampling a pint of Guinness in the Gravity Bar, a rooftop deck with panoramic views of the Dublin area. 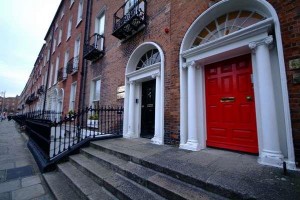 After you visit the Guinness Storehouse, clear your head with a walk through Dublin. Hit popular spots such as Temple Bar, a neighborhood of cobblestone streets, lively pubs and Irish music; Grafton Street, a pedestrian street lined with high-end stores (but, surprisingly, no pubs); and O’Connell Street, which is punctuated by the 398-foot, stainless steel Spire. Duck into celebrated pubs such as the Temple Bar and the Brazen Head, which was founded in 1198 and is Dublin’s oldest pub. Finally, take refuge in St. Stephen’s Green or Merrion Square and enjoy the picturesque landscape of Dublin’s two most famous parks. 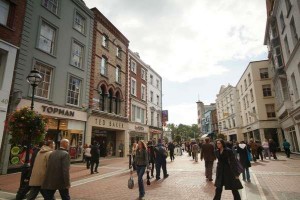 While all of these places will be well worth it, they will also be overrun with other tourists eager to fit a complete course of Irish experiences into one trip. Yes, a tour of the Guinness Storehouse is fascinating, but Dubliners won’t be congregating around the Gravity Bar waiting for a drink at the end of a workday, nor will they be regularly browsing the expensive Grafton Street stores. As with any city, in order to get a true idea of Dublin, your group will have to discard guidebooks and tourist information. Take to the streets without a guidebook, and your group will learn just as much, if not more, than it would during a visit to the National Museum of Ireland. 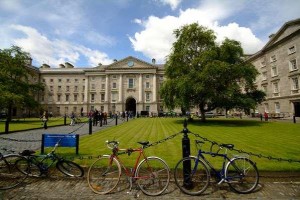 In his epic novel, Ulysses, James Joyce put it best: “Good puzzle would be cross Dublin without passing a pub.” As any self-respecting Irishman would do, start with pubs. The most effective way to attack this journey through Dublin is to communicate with locals. Stop and ask for suggestions about pubs outside of the touristy Temple Bar area. Most likely you’ll hear about one or more of the following: O’Donoghue’s Pub, a local favorite for its never-ending traditional Irish music sessions; the Bleeding Horse, with its self-serving beer taps and multi-leveled wooden floors; Doyles, a popular student pub located near Trinity College; Dawson Lounge, the smallest pub in Dublin (and possibly the world—good luck finding it, and even better luck cramming in).

There are things to do in Dublin other than drinking. For example, visit Croke Park. This stadium, which is home to the Gaelic Athletic Association, seats 82,000 people and offers entertainment options even if there is no sporting event. Gaelic football (an Irish version of soccer where the ball is thrown from player to player and juggled every three steps) and hurling (a sport similar to field hockey where players use wooden sticks called hurleys to pass a small leather ball called a sliotar amongst each other) are the main events. The stadium also features a Gaelic Athletic Association museum, which chronicles the origins, growth and national influence of Gaelic sports. 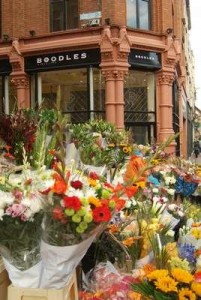 The Jameson Distillery will take your group on the journey that is Jameson Whiskey, from its founding in Dublin to its present factory in Cork. A sample of whiskey is available at the end of the tour. Volunteer at the beginning to participate in a blind taste test. Glasnevin Cemetery is crammed with century-old graves and includes monuments to Charles Parnell and Daniel O’Connell. Spend some time walking between the graves before browsing the hundreds of stories documented in the Glasnevin Museum, which combine to form a comprehensive history of Ireland. The James Joyce Center is dedicated to the life and works of Ireland’s greatest author. Explore the various exhibitions that showcase his work; a highlight is the famous door to 7 Eccles Street, home to Leopold Bloom, the fictional hero of Ulysses.

Of course, the two methods of negotiating Dublin are not steadfast. Work to achieve an appropriate balance between the tourist and Irish approach, and your group will leave satisfied: with a camera full of pictures, a thorough knowledge of Irish political history and a throbbing headache.

Nicholas Saigh began at Premier Tourism Marketing as an editorial intern in May 2012. He spent the previous six months studying Irish Literature and history in Dublin. A senior at the University of Iowa, he studies English and Irish literature, writing and philosophy.