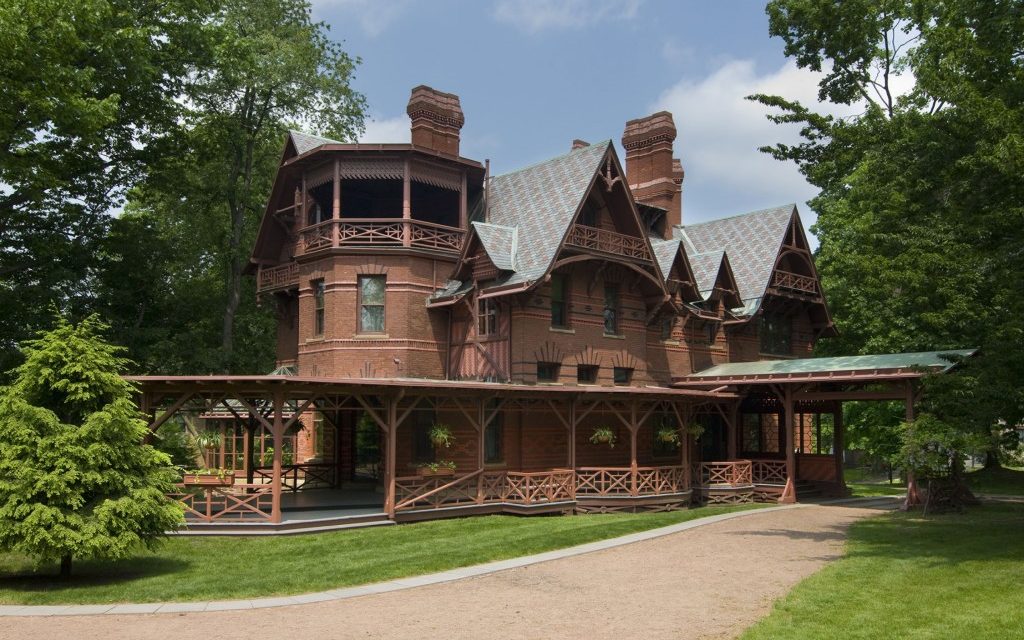 Stretching from the Massachusetts border to Long Island Sound, a distance of less than 60 miles, Central Connecticut is a compact vacationland loaded with classic colonial villages, tranquil farmlands and two major cities with thriving cultural scenes. Much of this delightful slice of New England lies along the Connecticut River, which starts near Canada and flows into the sea at Old Saybrook.

Hartford, the state capital, rests on the banks of the Connecticut River and offers a number of sites for groups interested in art, architecture and history. Options include a tour of the gold-domed State Capitol and, in adjacent Bushnell Park, a whirl aboard one of the 48 hand-carved wooden horses on the antique carousel, which celebrates its 100th anniversary this year.

Groups may want to schedule a stop at Elizabeth Park Rose Garden in West Hartford, especially in June/July when the roses are in full bloom. The oldest and third largest municipal rose garden boasts 800 rose varieties.

The Wadsworth Atheneum Museum of Art, a Hartford treasure house dating from 1842, is said to be the nation’s oldest continuously operated public art museum. Among its most impressive holdings are Baroque and Impressionist masterpieces, colonial furniture and Hudson River School landscape paintings. Gallery goers will see works by Matisse, Monet, Picasso, Van Gogh, O’Keeffe and Dali. 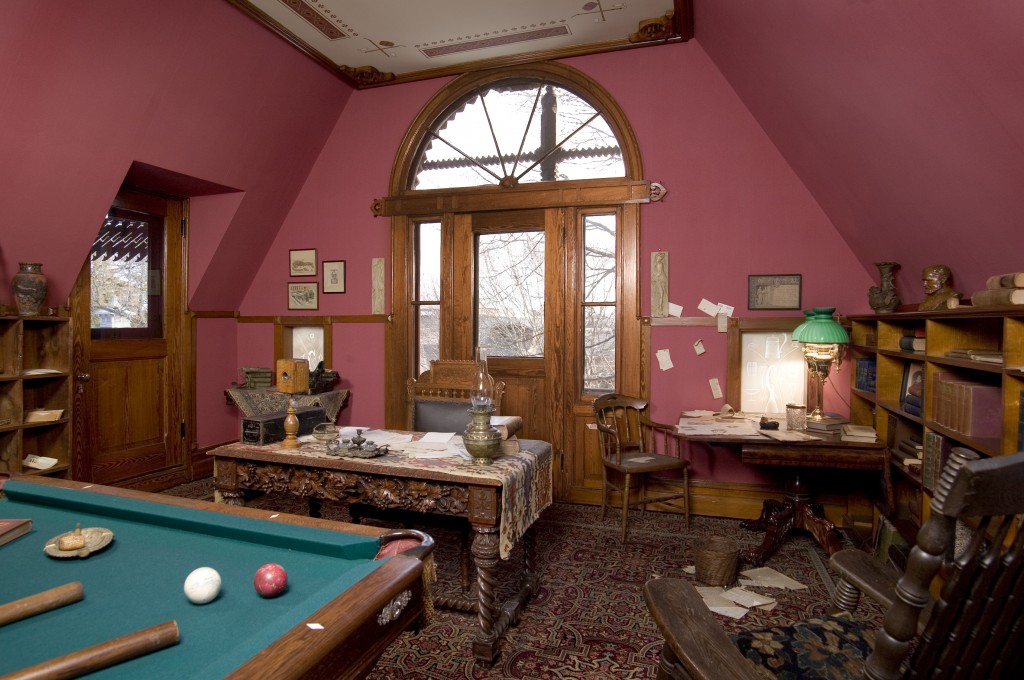 Hartford’s exclusive Nook Farm neighborhood has the homes of two nationally known 19th century literary figures. The gabled, red-brick Mark Twain House & Museum showcases the 19-room Gilded Age mansion where Samuel Clemens penned some of his most famous works, such as The Adventures of Tom Sawyer, in the third-floor Billiard Room. Built in 1874, the Victorian Gothic home features Louis Comfort Tiffany-designed interiors trimmed with elaborate stenciling and carved woodwork. Save time for the Ken Burns film on Mark Twain in the museum building. 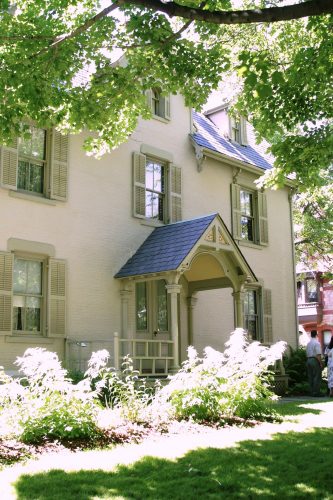 The Harriet Beecher Stowe Center, not far from the Twain house, has items that belonged to the author of the anti-slavery novel Uncle Tom’s Cabin, written in 1852. She lived in the home from 1873 until her death in 1896.

East of Hartford, groups can travel back to the 1700s in Wethersfield, the state’s largest and most picturesque historic district, with 50 houses built before the Revolutionary War. Stroll the brick sidewalks of Main Street and pop into vintage homes and warehouses that house one-of-a-kind shops. Choose from a wide variety of flower, vegetable and herb packets at Comstock Ferre, the oldest catalog seed company in the Northeast, or across the street at Hart Seed. Several homes are open for tours, including the 1752 Joseph Webb House, which served as Gen. George Washington’s headquarters in May of 1781.

Childhood memories come to life at Barker Character, Comic and Cartoon Museum in Cheshire, a repository for more than 80,000 cartoon-themed items, from lunch boxes and bobble heads to toys, books and board games. Visitors revel in California Raisins advertising props, Star Wars action figures and collectibles that recall favorites like Popeye, Batman, the Flintstones and Teenage Mutant Ninja Turtles. Each item is marked with its estimated value, though none is for sale. 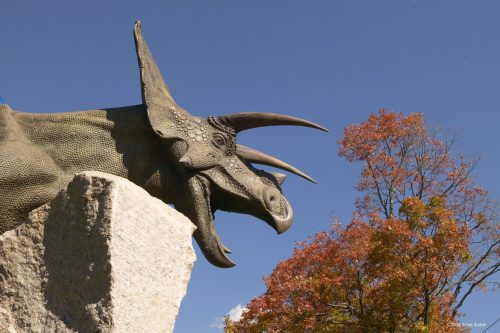 New Haven is best known as the home of Yale University; many places of tourist interest revolve around the Ivy League school. Yale Peabody Museum of Natural History has everything from dinosaurs and diamonds to meteorites and mummies. You can see pieces of Mars and moon rock, marvel at impressive dioramas of North American mammals, and learn about Native Americans and other cultures. Yale University Art Gallery, with paintings by masters such as Monet, Picasso and Van Gogh, is the oldest university art museum in the Western Hemisphere, founded in 1832. Other campus museums include the Yale University Collection of Musical Instruments and Yale Center for British Art. The Schooner Quinnipiack offers excursions in New Haven Harbor and Long Island Sound.

The lower Connecticut Valley abounds with charming maritime towns where groups can shop amid the historical surroundings. Essex (pop. 6,500), with its white clapboard houses and riverside marinas, looks much as it did at the height of its shipbuilding prosperity in the mid-19th century. A Fodor’s guidebook calls Essex “a dream of a New England waterside town,” and it’s popular for movie shoots. The Essex tour agenda often includes a visit to the Connecticut River Museum and lunch at the 1776 Griswold Inn, one of the country’s oldest continuously operating inns; chicken pot pie and sticky toffee pudding are signature menu items.

The Essex Steam Train & Riverboat combines a 12-mile, roundtrip train ride with a Connecticut River excursion aboard the Becky Thatcher, a replica Mississippi-style riverboat. Traveling in vintage coaches pulled by a steam locomotive, passengers take in quintessential New England scenery as they travel over bridges and trestles, rivers and creeks. They board the riverboat in Deep River Landing for a 1¼-hour cruise, then get back on the train for the return trip to Essex’s 1892 railroad station.

Another sightseeing highlight in the Lower Connecticut River Valley is Gillette Castle State Park. Built of fieldstone from 1914-1919, the whimsical, medieval-style home was personally designed for its owner, William Gillette, an eccentric actor/playwright best known for his portrayals of Sherlock Holmes. There are built-in couches, a movable table on tracks and 47 doors, each with a different, hand-carved latch. The hilltop estate overlooks the Connecticut River.

Also set along the river is the Goodspeed Opera House, an 1876 Victorian landmark in nearby East Haddam. Famed for developing new musicals, it was the birthplace of the original productions of Man of La Mancha, Annie and Shenandoah. The 2014 season (April-December) will feature Damn Yankees, Irving Berlin’s Holiday Inn and Fiddler on the Roof.

The artistic theme continues in Old Lyme, a Connecticut River town where American Impressionism blossomed in a boarding house (now the Florence Griswold Museum) that was the home and studio of artists at the turn of the 20th century. Groups can combine a visit to Old Lyme and Essex with a 1½-hour journey across the river on Connecticut River Expeditions’ vessel RiverQuest, a 50-passenger, twin-hulled pontoon boat.

The shoreline towns of Central Connecticut, between New Haven and Old Saybrook, draw beach-goers in summer and shoppers year round. Located off I-95 are two factory outlet malls—Clinton Crossing Premium Outlets in Clinton and Tanger Outlets in Westbrook. Boutique shopping is the pastime in Guilford, whose tree-shaded town green, flanked by steepled churches and clapboard houses, is one of the prettiest in New England. Madison also has a town square with smart shops and is home to Hammonasett Beach State Park, the state’s most visited attraction with over a million guests annually.

Connecticut may be the third smallest state, but it packs a big punch. Happily for groups, the short distances between towns makes touring Central Connecticut a breeze.