Discover the Diverse Options That a Kansas City Itinerary Offers 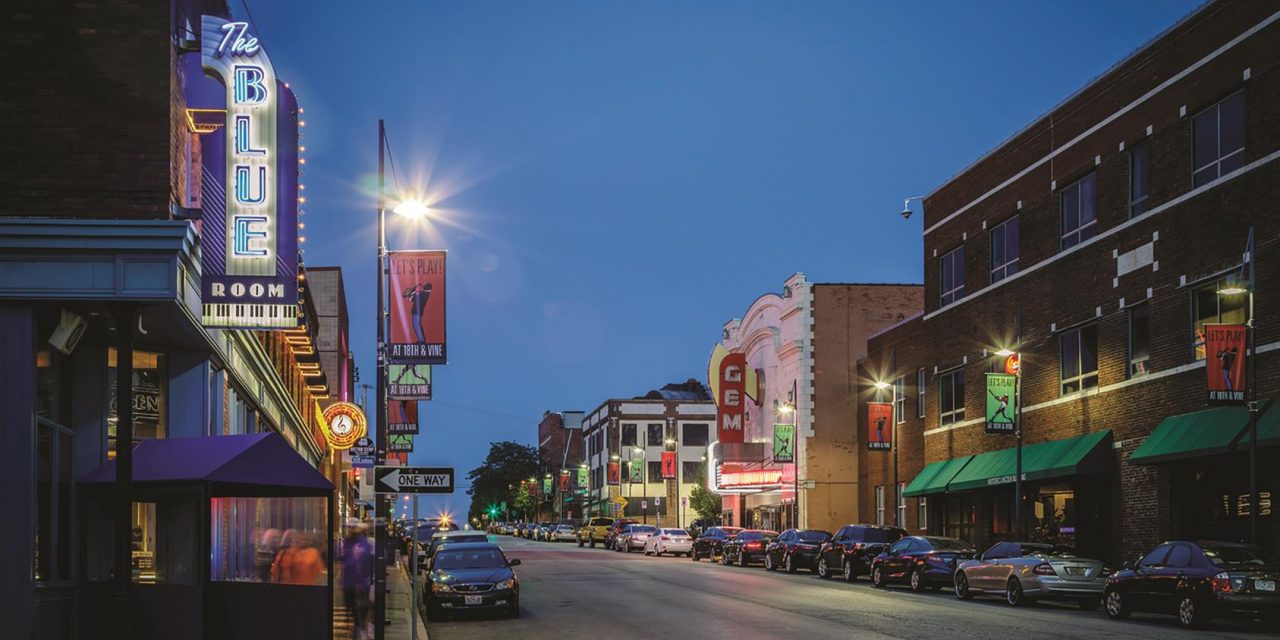 From jazz music entertainment and culinary delights to award-winning museums, shopping pleasures and a famous outlaw, the Kansas City area is a perfect group tour destination

This Itinerary is Ideal For: Adults

Experience Kansas City’s most famous traditions—jazz and barbecue — both have roots in K.C. that date back to the 1920s. Belly up to the bar and sample the heavenly ’cue at some of the city’s 100-plus barbecue joints. Then, discover how Kansas City jazz defined an era through K.C. legends. Track your barbecue adventures with the KC BBQ Experience app, the ultimate resource for enjoying Kansas City’s signature cuisine. The app allows you to check in to 100-plus regional restaurants, earn badges for bragging rights, post photos of your barbecue and embark on themed trails to explore new parts of the city.

Lunch at Arthur Bryant’s Barbecue, the legendary king of ribs, is the most renowned barbequer in history. Bryant created a sauce that has attracted the likes of former Presidents Harry Truman and Jimmy Carter to his restaurant, which was considered the best restaurant in the world by New Yorker columnist Calvin Trillin.

The sights and sounds of a uniquely American art form come alive at the American Jazz Museum. The museum includes interactive exhibits and educational programs as well as the Blue Room, a working jazz club and the Gem Theater, a modern 500-seat performing arts center. Located in the 18th & Vine Historic Jazz District in Kansas City, this is the place where jazz masters such as Charlie Parker, Count Basie, Big Joe Turner and hundreds of others defined the sounds of the 1920s, 30s and 40s.

Gangster Tour features a look at the Pendergast era from 1920 to 1945. “Gangster TV” highlights this wild and woolly era with historical film and photographs from the period. You’ll learn and see how the “Pendergast Machine” controlled the political system and the very fabric of life in Kansas City. The tour highlights infamous crimes like the Union Station Massacre, shows the locations of speakeasies and gambling halls and explains how liquor flowed freely during Prohibition. The homes and workplaces of crime bosses and the sites of major turf wars are also featured on the tour. Sounds like an “offer you can’t refuse.”

Check in at one of Kansas City’s group-friendly hotels. Enjoy dinner at Fiorella’s Jack Stack BBQ, a Kansas City tradition since 1957. Jack Stack’s has one of the most extensive BBQ menus in the country.

Enjoy live jazz music at the Blue Room. Named after the 1930s famed Street Hotel in the historic 18th & Vine Jazz District, the Blue Room simultaneously honors the past and showcases the present names in jazz. The Blue Room provides a distinctive platform to present dynamic performances from the best local and national jazz talent in an intimate setting.

In addition to the Blue Room, experience the “jam session” at The Mutual Musicians Foundation located in the heart of Kansas City’s Historic Jazz District. Originally home to the Black Musicians’ Protective Union Local 627 A.F. of M., the foundation continues its grand tradition as a living tribute to the city’s long and illustrious musical history. Jazz greats and popular local players alike continue to show up every weekend, playing the night away just as they have since the 1930s.

Discover Kansas City’s signature attractions, from old favorites to new kids on the block. Uncover the treasures of the Steamboat Arabia. Visit the nation’s only World War I museum. Enjoy toys of past and present at the National Museum of Toys and Miniatures. 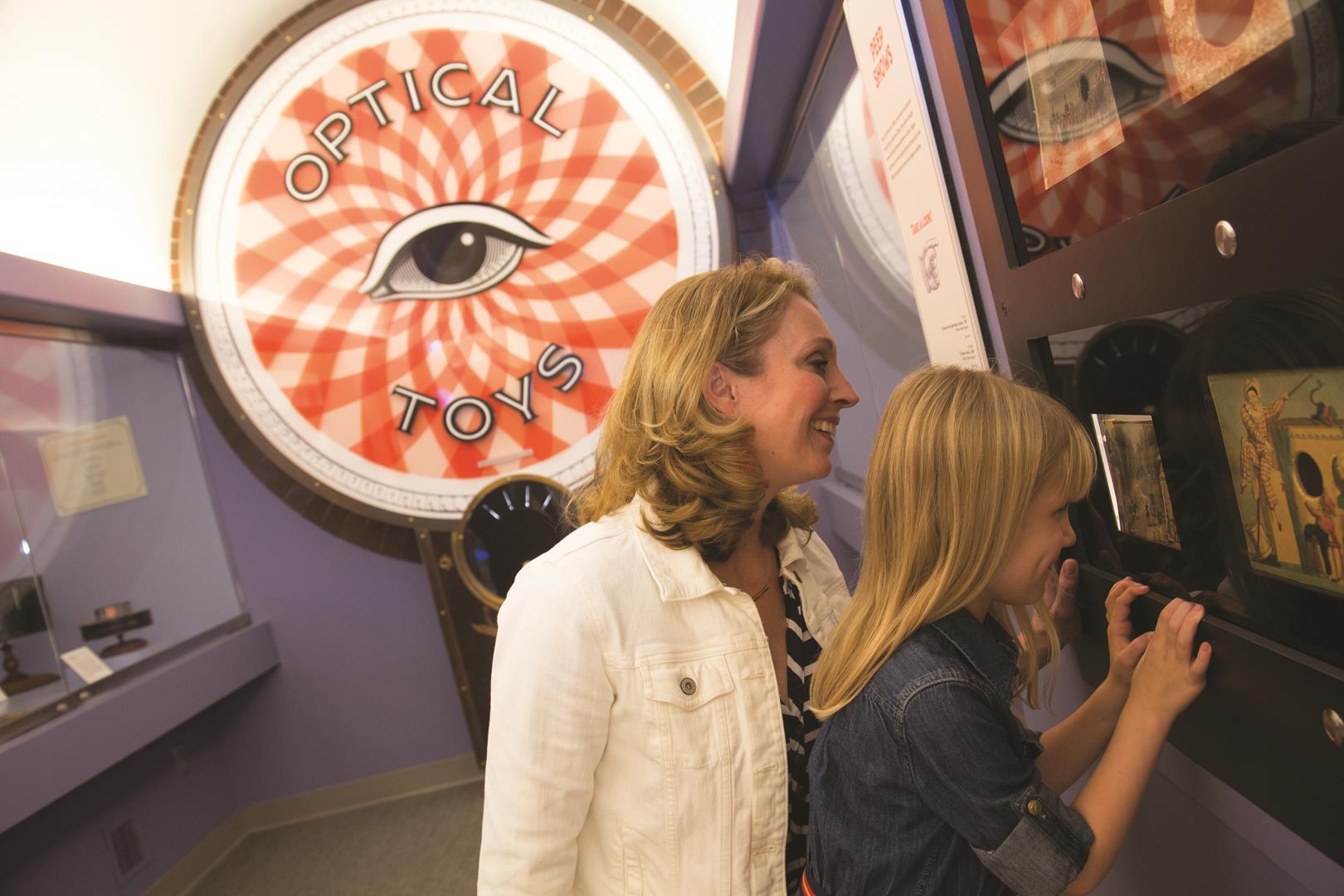 Begin your day at The Roasterie. The Roasterie travels to the ends of the earth to find the best coffee beans for our coffees including espresso, single-origin origins and fair trade organic coffees. Sourcing coffee beans for the discerning coffee connoisseur and air-roasting them to the perfect temperature unlocks the most exquisite flavor each coffee has to offer. Enjoy a tour and tasting. theroasterie.com

Arabia Steamboat Museum is home to a true time capsule of frontier life in the 1800s. The Arabia was headed up the Missouri River in the fall of 1856 when she struck a tree snag and sank just north of Kansas City. Her cargo hold was full of 200 tons of supplies bound for general stores and pioneer settlements. As the years passed, the river changed course and left the Arabia buried beneath a Kansas cornfield. Finally, in 1988, a group of modern-day adventurers uncovered the lost Arabia and her magnificent cargo. They were amazed to find fine dishware, clothing and even bottled food all preserved in remarkable condition. Their find has been called the King Tut’s Tomb of the Missouri River. So, if you’re looking for an adventure, discover the treasures of the Steamboat Arabia.

Lunch at The Westside Local. The restaurant supports local farms and businesses. This allows them to offer the freshest ingredients and dining experience possible, farm-to-table.

Next stop is the National Museum of Toys and Miniatures with the world’s largest fine-scale miniature collection and one of the nation’s largest antique toy collections on public display.

The National World War I Museum and Memorial is America’s leading institution dedicated to remembering, interpreting and understanding the Great War and its enduring impact on the global community. theworldwar.org

Founded in 1989, Boulevard Brewing Company has grown to become the largest specialty brewer in the Midwest. Its mission is simple: to produce fresh, flavorful beers using the finest traditional ingredients and the best of both old and new brewing techniques.

Before returning to your hotel, are you in need of some retail therapy? Kansas City has the cure. Discover one-of-a-kind gifts as you browse the unique boutiques in the town of Weston, Missouri. Shop the distinctive stores of the Tuscan-themed Village at Briarcliff. Enjoy the nation’s first outdoor suburban shopping mall, Country Club Plaza.

Day 3: The Pursuit of Jesse James

Breakfast and check out of your hotel before chasing an American outlaw. Jesse James has drawn worldwide fascination for being known as America’s Robin Hood and a cold-blooded killer. James was born, raised and killed in Northwest Missouri. Your group can explore the legacy of this notorious outlaw at many sites throughout the area.

First stop is the 1859 Jail, Marshal’s Home & Museum (Independence) – This is the jail where Frank James resided while standing trial. He turned himself in for protection due to his fear of assassination after his brother’s death.