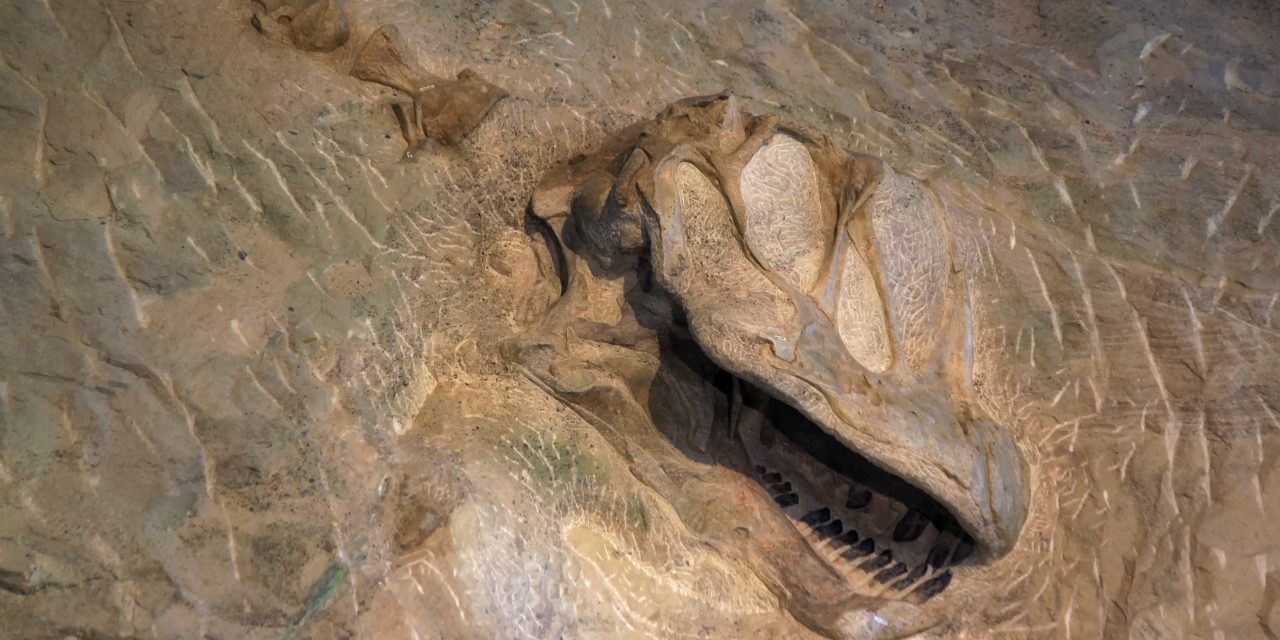 The far-flung corner of northwest Colorado appeals to adventuresome travelers looking to stray off the beaten path and lose the crowds. A land of expansive vistas, magnificent canyons and free-flowing rivers, not to mention dinosaur fossils and wild horses, the wide-open spaces of Moffat County invite discovery.

Amid mountain scenery that has changed little since frontier times, wildlife sightings abound in this neck of the woods. The county, for example, boasts the nation’s largest migratory elk herd. Birders flock to the area for the chance to see the rare ruffed grouse, plus herons, ibises and sandhill cranes, among nearly 300 other avian species.

Claiming 1.7 million acres of picturesque public lands, the state’s second-largest county has just a few small towns. The population is so sparse that it numbers only three people per square mile. Craig, with about 10,000 residents, is the only town of any size and serves as the gateway to area attractions and activities. 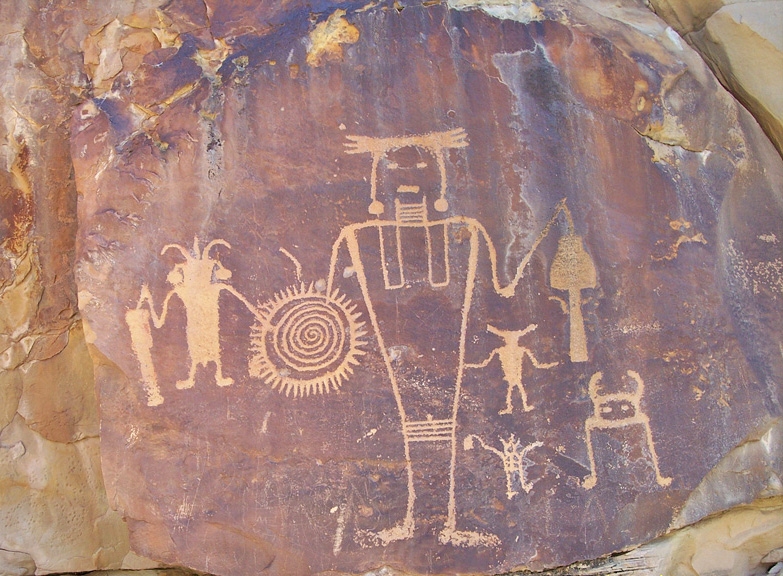 Dinosaur National Monument, a vast chunk of real estate straddling the Colorado-Utah border, is one of the best-kept secrets in the National Park Service system. Fans of the huge plant-eaters and fierce carnivores that lived millions of years ago get oriented viewing exhibits at the visitor center in the town of Dinosaur, Colorado. On the Utah side, they can actually touch dinosaur fossils on the “Wall of Bones” inside the Quarry Exhibit Hall, a modern building covering a cliff face embedded with the remains of Stegosaurus, Allosaurus, Apatosaurus and other species. The native rock wall exposes more than 1,500 dinosaur fossils— many still in the complete skeletal shapes of the beasts. Would-be paleontologists will see protruding skulls, femurs and vertebrae preserved in their original form. An 80-foot-long mural tells the story of dinosaurs and other animals in the late Jurassic period.

Dinosaur National Monument is much more than dinosaur fossils, though. Canyon trails reveal artwork by nomadic tribes that lived there 1,000 years ago. Trails lead to both petroglyphs (patterns chipped or carved into rock) and pictographs (patterns painted on rock) adorning the sandstone cliffs. The national monument is also home to 400 different species of wildlife, including bighorn sheep, mule deer, pronghorn antelope and bald eagles. The monument’s rugged terrain can be appreciated on two paved touring roads— the 23-mile Harpers Corner Scenic Drive and 22-mile Tour of the Tilted Rocks Scenic Drive. 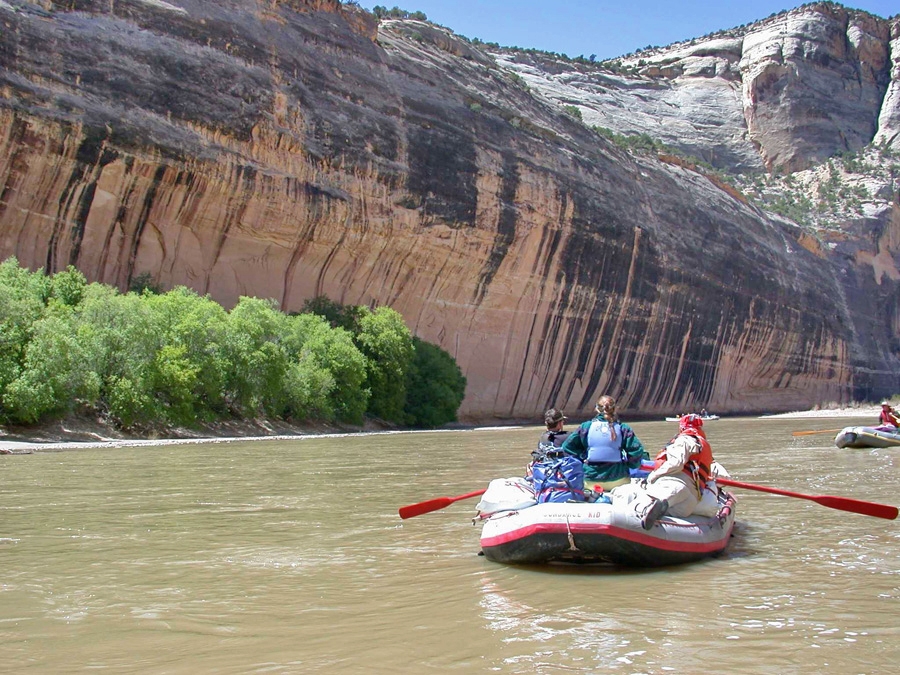 Float trips on an eight-mile, cottonwood-lined stretch of the Yampa River outside of Craig are particularly scenic and afford views of bald eagles, osprey and other big birds of prey, says Tom Kleinschnitz, director of Visit Moffat County/Moffat County Tourism Association.

New for Craig next year will be a whitewater park where paddlers can enjoy the rapids in a confined setting. In reviewing plans for the facility and experiences with such parks in other cities, Kleinschnitz discovered that whitewater centers are just as big an attraction for spectators. “While I thought it would be mostly people coming to warm up for bigger trips on the river,” he said, “it seems that many people come out just to watch the action.”

Other recreational options in Craig include the only wave pool on Colorado’s western slope and the 18-hole Yampa Valley Golf Course, which offers public play through 240 acres of cottonwoods and wetlands. 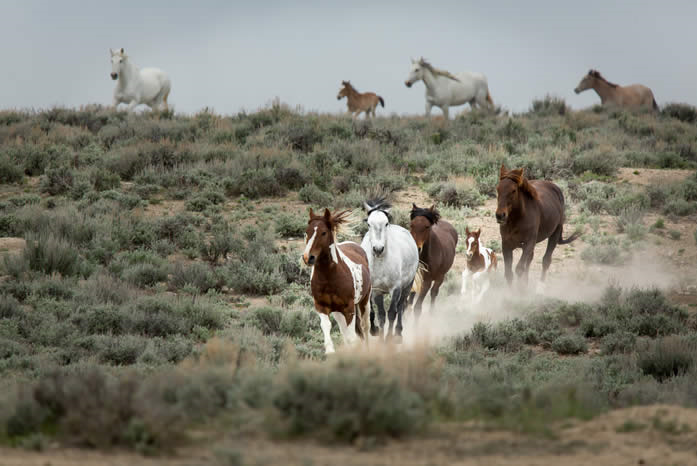 Wild horses are the draw at Sand Wash Basin HMA (Herd Management Area), a rugged expanse of high mountain desert located just northwest of Maybell and 48 miles west of Craig. Tackling gravel, dirt and sand roads in four-wheel-drive vehicles, visitors are rewarded with the breathtaking site of horses running free on public land managed by the Bureau of Land Management (BLM). Binoculars are recommended, as visitors are required to maintain a minimum distance of 100 feet from the horses. A wide range of other wildlife, from elk to prairie dogs, resides at Sand Wash Basin.

In the old Colorado State Armory Building in downtown Craig, impressive displays at the free-admission Museum of Northwest Colorado span three levels covering 10,000 square feet. They tell the story of the American West, spotlighting early settlers, mountain men, cowboys and Native Americans. The museum’s chief claim to fame is its collection of cowboy and gunfighter memorabilia, one of the largest such repositories anywhere. Artifacts include firearms, holsters, saddles and spurs. Some of the guns belonged to notable lawmen and outlaws. Exhibits also showcase the stagecoach era and early railroads. Horse-drawn stagecoaches were a major form of transportation in the area as late as 1915.

The Marcia Car in Craig’s City Park was the private Pullman car of banker and mining magnate David Moffat, who was instrumental in bringing railroad transportation to northwest Colorado. 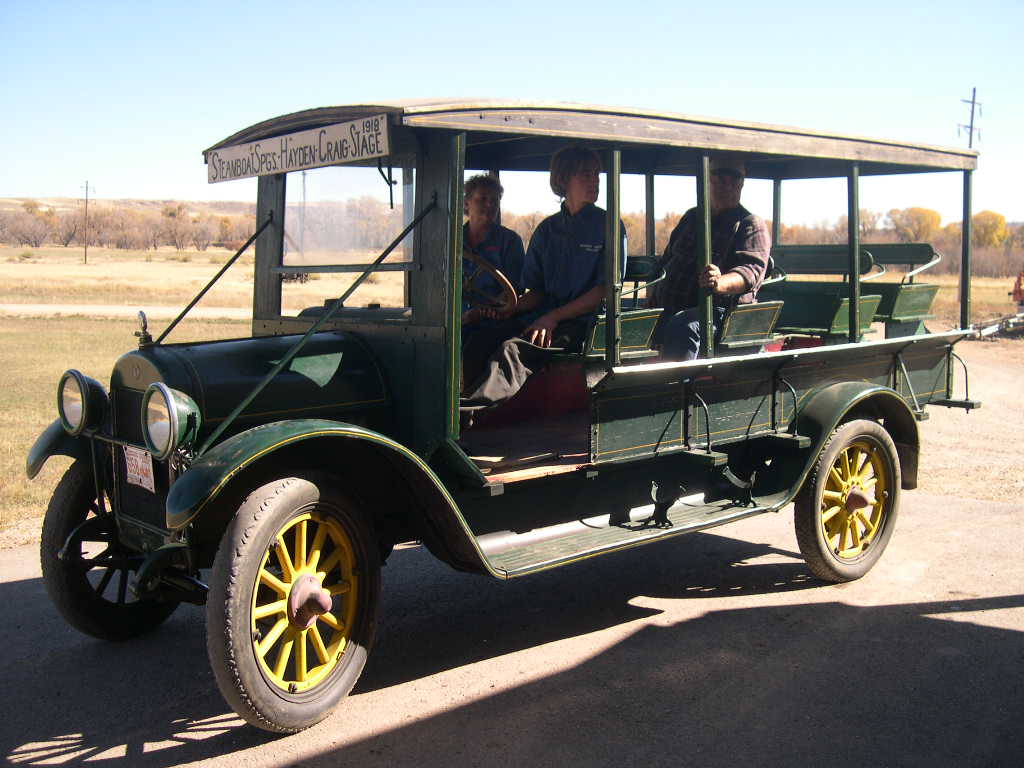 Wyman Living History Museum, just east of Craig, is an eclectic treasure trove of Americana, featuring everything from a Sherman tank and other military memorabilia to antique cars and farming implements. Browsers will find a sheep wagon, vintage hearse, and collections of chainsaws and Colorado license plates. Historical buildings on the premises include a hay barn, blacksmith shop, one-room schoolhouse and general store filled with period goods.

John Jarvie Homestead, a pioneer history attraction near Browns Park, features a dugout home, store and blacksmith shop along with a cemetery and museum. First settled in 1880, the 35-acre homestead once boasted a post office, trading post and river ferry. It was a regular stopping place for travelers and a secret meeting place for outlaws.