Denizens of the Deep 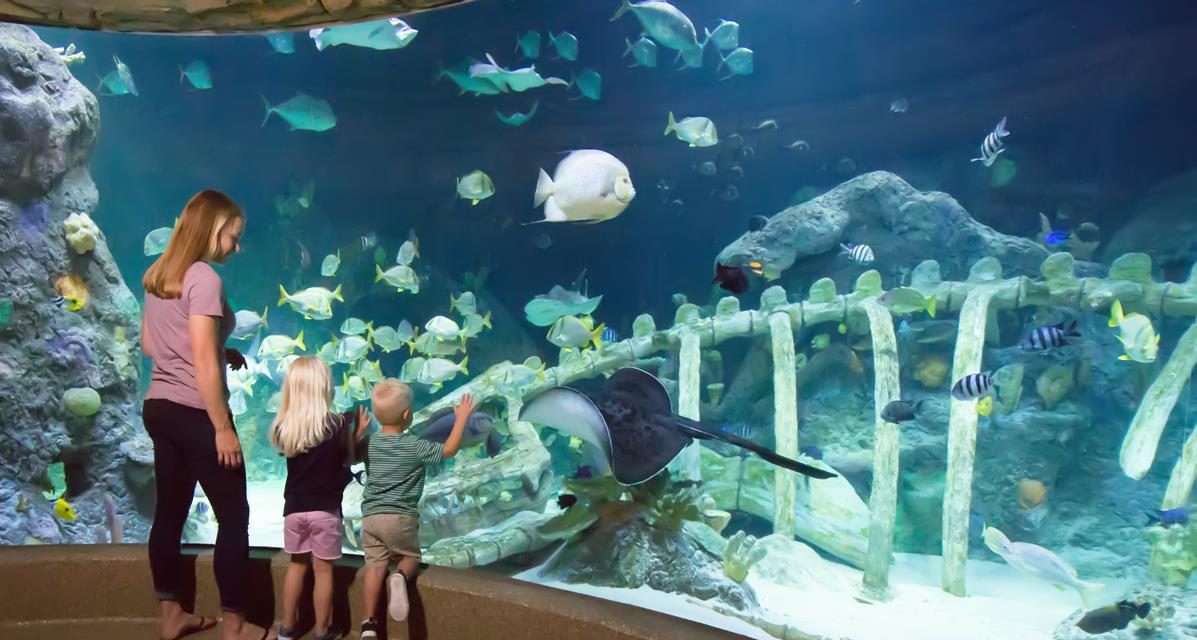 Missouri aquariums take guests on vicarious voyages under the sea

A landlocked state with the nearest ocean hundreds of miles away, Missouri nonetheless offers several attractions that bring saltwater worlds to the heart of Middle America. State-of-the-art aquariums in Springfield and Kansas City—and one soon to open in St. Louis—showcase collections of marine creatures that dazzle onlookers with their fins, flippers and mesmerizing motions.

Springfield’s Wonders of Wildlife National Museum & Aquarium, the newest such attraction, opened to great fanfare in September 2017 with a ceremony that included former U.S. presidents. In a recent public poll conducted by USA Today, it was voted by readers as “America’s Best New Attraction” and “America’s Best Aquarium.” And for good reason.

Unprecedented in size and scope, it’s regarded as the most important natural history museum to open in America in more than a century. Billed as the “largest, most immersive fish and wildlife attraction in the world,” the Springfield tourist magnet is larger than the Smithsonian’s Museum of Natural History in Washington, D.C. It is home to more than 35,000 live fish, mammals, reptiles, amphibians and birds representing some 800 species. The $300 million, not-for-profit brain child of Johnny Morris, founder/CEO of Bass Pro Shops and noted conservationist, is adjacent to Bass Pro’s headquarters and flagship store. 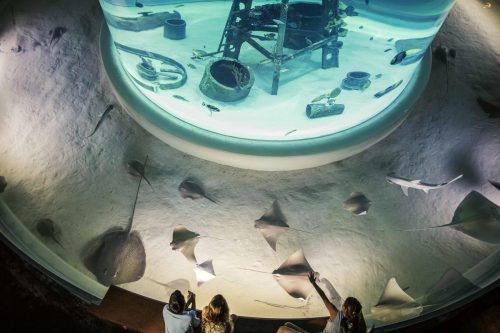 The aquarium’s Great Oceans Hall, a circular, 300,000-gallon habitat that stretches from floor to ceiling, teems with slippery species, including zebra sharks, leopard rays and sea turtles. Guests marvel at the living bait ball (shown at left) and Great Barrier Reef, a towering saltwater tank with Maori wrasse, potato cod and other reef fish. The brave can pop their heads into a plexiglass bubble in the piranha aquarium and traverse an underwater tunnel through a tank of “river monsters.” The Shipwreck Reef exhibit recreates a decommissioned ship intentionally sunk by Morris off the coast of Florida to jumpstart reef growth and provide critical habitat for saltwater marine life. The sunken wreck is home to eels, lobsters, goliath grouper and other species.

Besides Wonders of Wildlife’s aquarium adventure, the separate admission Wildlife Galleries immerse guests in dioramas and the greatest collection of record-setting game animals (taxidermy specimens) ever assembled. The 4-D dioramas use special effects and elaborate, hand-painted murals, plus sights and sounds from exotic locations, to recreate habitats such as an African savannah with elephants, giraffes, rhinos, crocodiles and zebras.

Replacing Wonders of Wildlife as the state’s newest marine museum will be the world-class, $45 million St. Louis Aquarium at Union Station, set to open in fall 2019 in the historic Union Station building. It will be located in the former shopping mall under the massive steel train shed.

St. Louis-based PGAV Destinations, the firm chosen to design the 125,000-square-foot project, has been involved in the design of exhibits at many of the nation’s top aquatic attractions, including the Georgia Aquarium, South Carolina Aquarium, Discovery Cove and SeaWorld. The facility will be operated by Dubai-based zoOceanarium Group, one of the world’s leading development and operations companies for wildlife-focused science centers, aquariums and zoos. 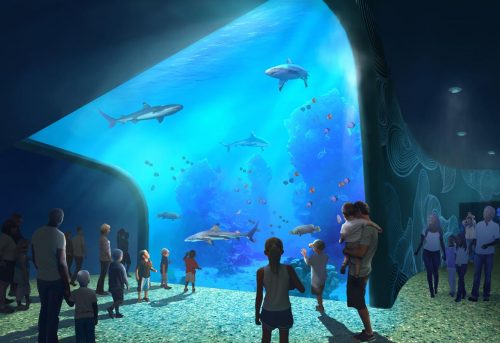 The St. Louis Aquarium at Union Station will feature one-of-a-kind exhibits and tanks with 1.3 million gallons of water that will house thousands of aquatic species from the rivers and oceans of the world, including one of the Midwest’s largest collections of sharks. Employing an animal husbandry team of marine biologists and aquarists, it will be an member of the Association of Zoos and Aquariums (AZA). One million visitors are expected annually. Other components of the new family entertainment complex at Union Station will include the St. Louis Wheel, a 200-foot-tall observation wheel with 30 climate-controlled gondolas. 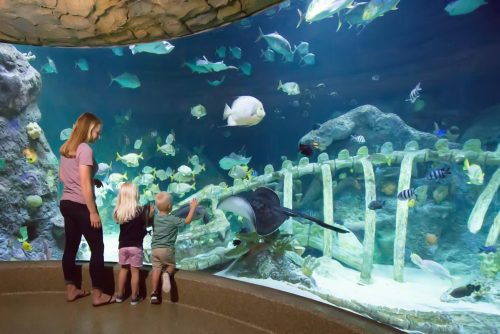 SEA LIFE Kansas City features more than 5,000 creatures in freshwater and saltwater displays. Located in the Crown Center complex, it is one of Merlin Entertainments’ nine SEA LIFE aquariums in the United States.

Walking through the Tropical Ocean Exhibit’s underwater tunnel, visitors come nose-to-nose with fish fluttering alongside, while sharks, rays and a rescued green sea turtle glide slowly overhead. The turtle, named Gertrude, was found wrapped up in a fishing line off the coast of Florida and had to have one flipper amputated.

At the Touch Tank, guests can pet a starfish, tickle a sea urchin or hold a crab. Other exhibits focus on species found in Missouri’s lakes, rivers and streams. Educational talks on turtles, sharks, seahorses, rays and weedy sea dragons are scheduled throughout the day, as are feeding shows at some of the tanks.