Dark Tourism on the Rise 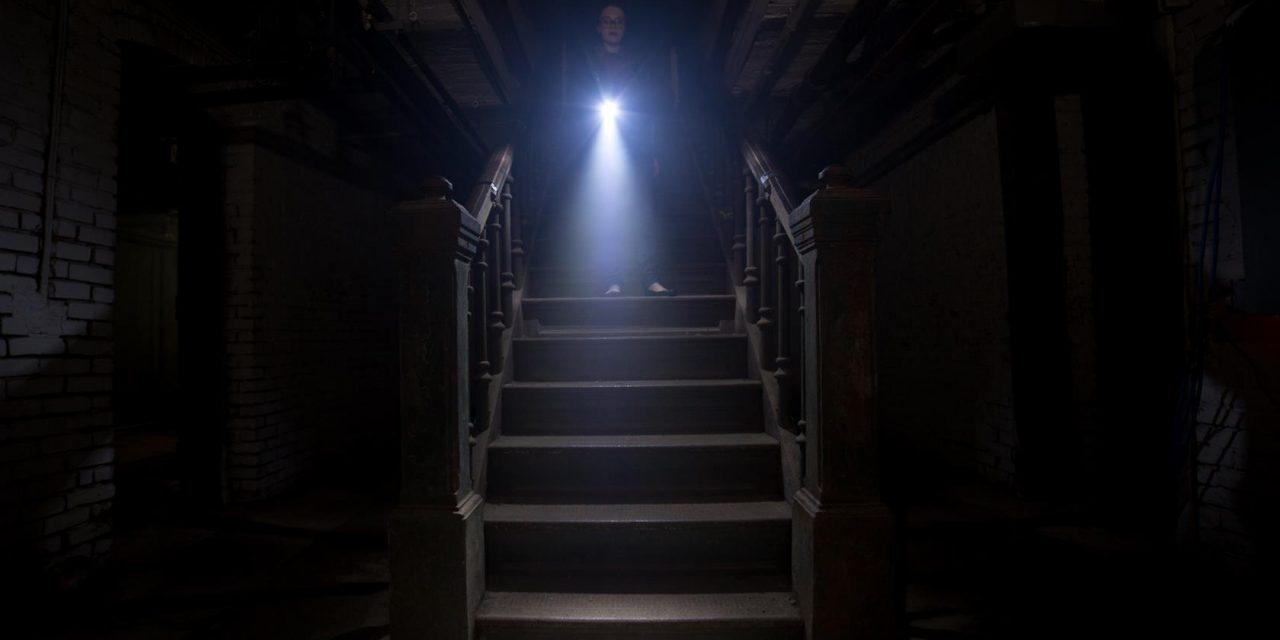 While attractions of doom and gloom undoubtedly reflect the somber side of life, these eye-opening downers can actually uplift your next tour.

Bad things that happened are fertile elements for good itineraries. That’s because people are drawn to the macabre and have an almost voyeuristic interest in the tragedies and suffering of others. Nightmares endured years ago now are the stuff of educational experiences that provide insight into history and human behavior.

Following are some bright ideas for adding a slice of darkness to your next itinerary. Such places, though disturbing or a bit creepy, will have your clients talking and thinking long after their visit.

Holocaust museums force us to think about the unthinkable. The mass incarceration and annihilation of Europe’s Jews by Nazi Germany during World War II is almost beyond comprehension. Brilliantly, these museums shine light on this dark period and ensure that the world will never will forget. No place in the Midwest tells the story better than the Illinois Holocaust Museum & Education Center in the Chicago suburb of Skokie. Its state-of-the-art galleries take visitors on a journey that starts with a historical look at Jewish life in Europe and the rise of Nazism in Germany. The plot thickens with exhibits on the increasing harassment of Jews, deportations, ghettoization and notorious death camps in Poland like Auschwitz and Treblinka, where millions of Jews and others were killed in gas chambers. Archival footage chronicles the camps’ horrendous conditions and their liberation by the Allies in 1945. One disturbingly graphic piece of film shows prisoners in Eastern Europe being shot and falling into a mass grave. 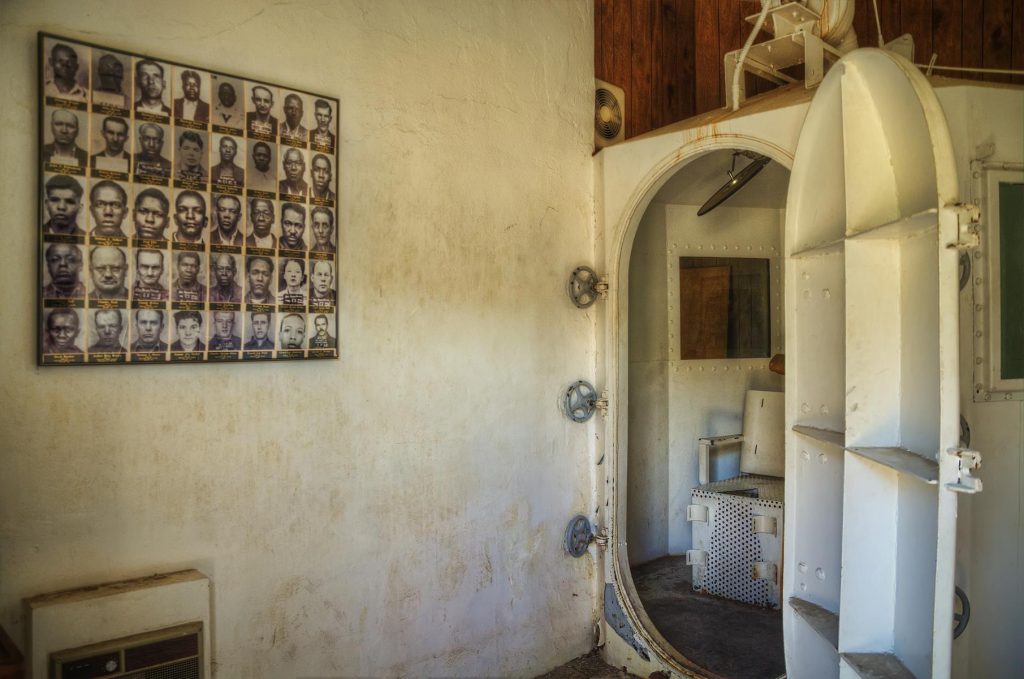 Interspersed throughout the exhibition are screens with compelling video interviews of local Holocaust survivors who describe, in heartbreaking detail, the violence, family separation and public humiliation they endured. Objects on display include family photos, documents and other mementoes, plus Nazi paraphernalia and a vintage German rail car, the type used in deportations. Dim lighting in the galleries reflects the darkness that fell on the persecuted people of Europe, but the path through the exhibition brightens as the end of the war draws near. After liberation from the camps, a new life opens up for freed prisoners and others who suffered under Nazi control as they rebuild their families and careers, and once again find hope and joy. Many emigrated to Israel and America. In the Chicago area, Skokie became a magnet for Jews and by the mid-1970s was home to 7,000 Holocaust survivors and their families. The ultimate lessons that museum visitors come away with: hope never dies, there’s always tomorrow, and educating the public about the past helps ensure that history doesn’t repeat itself.

Interviews of local survivors, along with artifacts and film footage, also highlight the engrossing exhibition at the Nancy & David Wolf Holocaust & Humanity Center, which opened in 2019 at the Cincinnati Museum Center at Union Terminal. A multimedia presentation challenges viewers to ponder what they would do to help people at risk, relating it to current human rights issues.

In Terre Haute, Indiana, CANDLES Holocaust Museum & Education Center tells the story of its founder, Romanian-born Holocaust survivor Eva Kor, who died in 2019 at the age of 85. She and her sister Miriam were victims of medical experiments on twins conducted at Auschwitz by the infamous Dr. Josef Mengele, the “Angel of Death.” (CANDLES is an acronym for Children of Auschwitz Nazi Deadly Lab Experiment Survivors.)

The most comprehensive exhibition on Auschwitz ever presented in North America rolls into Union Station Kansas City on June 14 and runs to the beginning of 2022. On display will be 700 original objects and 400 photographs from institutions and private collections around the world, mostly from Poland’s Auschwitz-Birkenau State Museum. They include an original barracks building from the camp and a German rail car. More than 1.1 million people, mostly Jews, died at Auschwitz-Birkenau, the largest documented mass murder site in human history. The exhibition is titled “Auschwitz. Not long ago. Not far away.” 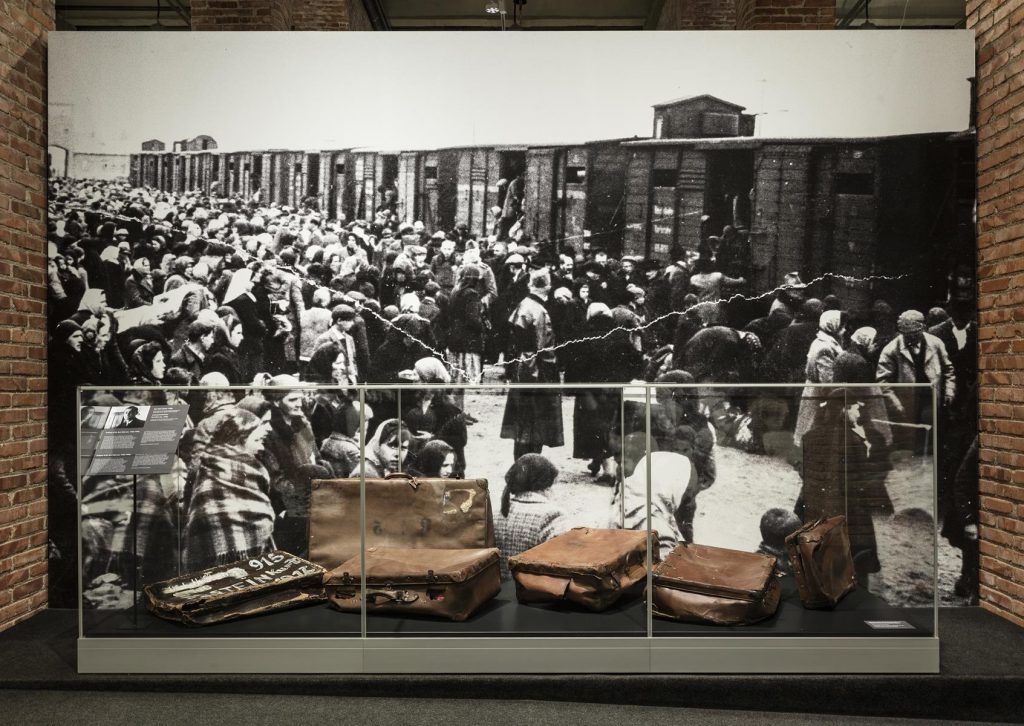 Revealing peeks into prison life also play a role in the dark tourism scene, as decommissioned penal institutions in several states have turned into popular tourist attractions. Sometimes the magnificently intimidating architecture of these 19th century buildings is as fascinating as what went on within their eerie walls. Specialized ghost, haunted and paranormal tours as well as general history tours may be available.

On a two-hour tour of the historic Missouri State Penitentiary in Jefferson City, visitors learn about escape attempts,riots, executions and some of the most notorious inmates. Included are the gas chambers, where 40 men and women were put to death between 1937 and 1989. Opened in 1836, the Missouri State Penitentiary was the oldest operating prison west of the Mississippi when it was closed in 2004. Among those doing time were boxer Sonny Liston, activist/anarchist Emma Goldman and James Earl Ray, who escaped the year before he assassinated Dr. Martin Luther King Jr. A museum on the grounds is filled with penitentiary memorabilia.

The striking, Gothic-style Ohio State Reformatory in Mansfield, completed in 1896 and closed the last day of 1990, appeared in The Shawshank Redemption, a 1994 movie based on a Stephen King story.
It and other area filming sites make up the Shawshank Trail, a self-guided driving tour. Listed on the National Register of Historic Places, the grand limestone castle boasts the world’s tallest freestanding steel cell block, with six tiers containing 600 cells. Tours showcase an escape tunnel, the warden’s office, parole board room, solitary confinement “hole” and the cell of fictional character Andy Dufresne (played by actor Tim Robbins in the movie, which also starred Morgan Freeman). At the Shawshank Museum, you can immerse yourself in props, set pieces and costumes involved in the making of the Oscar-nominated film. 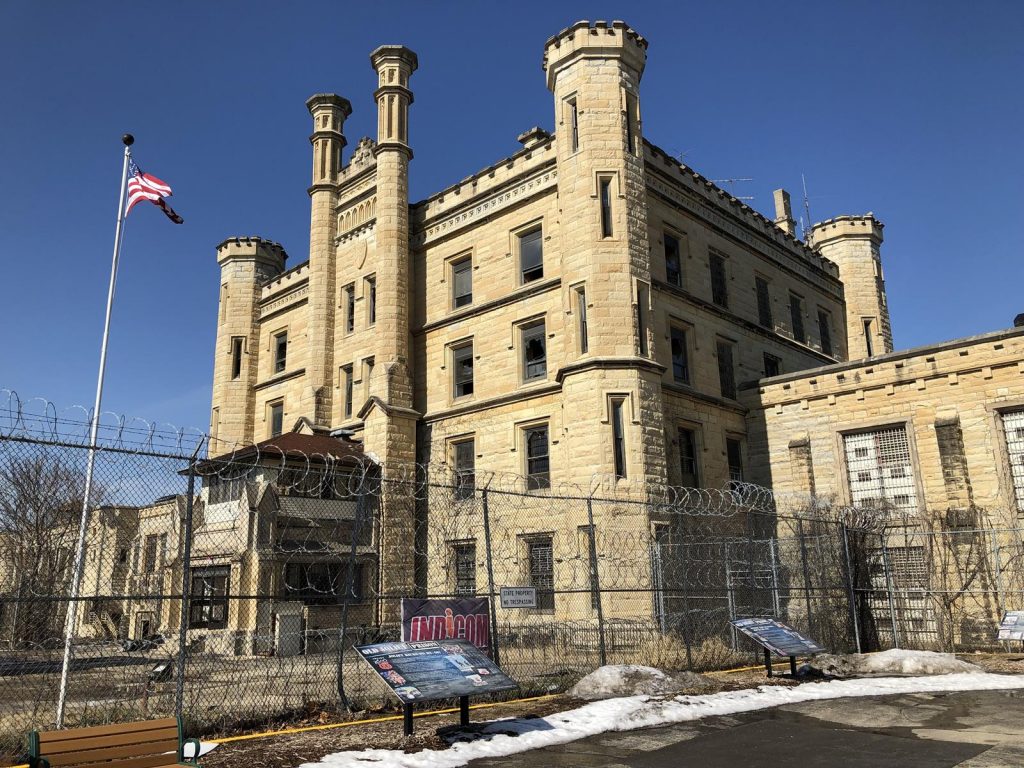 The Old Joliet Prison in Joliet, Illinois, also got some attention from Hollywood when The Blues Brothers (released in 1980) included scenes filmed there. Built of yellowish Joliet limestone, the castellated Gothic structure opened in 1858 and operated for many years as the Illinois State Penitentiary, Joliet. It closed in 2002. The Joliet Area Historical Museum offers tours.

On Michigan’s Upper Peninsula, the Great Lakes Shipwreck Museum tells the tragic stories of those lost to the menacing waves of Lake Superior, considered the most treacherous of the Great Lakes. It is located on the campus of Whitefish Point Light Station, home to Lake Superior’s oldest continuously operating lighthouse, which dates to 1855.

A 20-minute video takes viewers on an underwater expedition to the wreck of the Edmund Fitzgerald, which sank with its entire crew of 29 during a storm on November 10, 1975, 17 miles from Whitefish Point. Canadian folk singer Gordon Lightfoot inspired popular interest in the vessel a year later with his hit ballad “The Wreck of the Edmund Fitzgerald.” Tour operators can request the video in advance to show on the bus or take a copy after the museum visit. The ship’s 200-pound bronze bell, recovered in 1995, is on display in the museum.

Perhaps the most notable maritime accident of all—one that happened more than a century ago but still intrigues us today—is the sinking of the Titanic in frigid North Atlantic waters the night of April 14-15, 1912. The saga of the ill-fated British luxury liner comes alive at the Titanic Museum Attraction in Branson, Missouri (and its sister attraction in Pigeon Forge, Tennessee). Each guest entering the ship receives a boarding pass of an actual Titanic passenger or crew member and gets to experience what it was like to walk the hallways, parlors, cabins and Grand Staircase. You can touch a real iceberg, dip your hands into 28-degree water and try to stand on sloping decks. On display are more than 400 artifacts directly from the ship and its passengers. 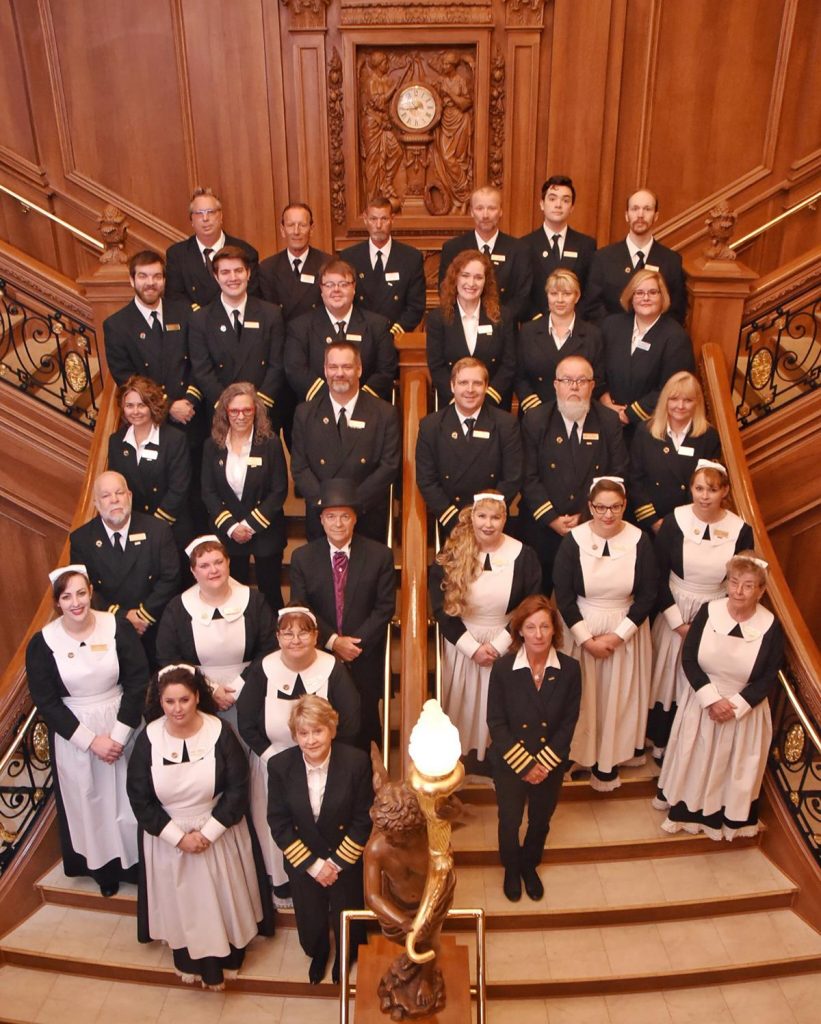 In St. Joseph, Missouri, the Glore Psychiatric Museum portrays the treatment of mental illness over the years. Housed in a building once known as the State Lunatic Asylum No. 2 and later called the St. Joseph State Hospital, the museum displays early primitive equipment such as a tranquilizing chair, restraint case and lobotomy instruments. Other museums in the complex are devoted to dolls, Native American culture, African-American heritage and local history.

Also on the dark side in St. Joseph is the Jesse James Museum, the house where the infamous bank and train robber was shot to death by a fellow gang member on April 3, 1882. It is on the grounds of the Patee House Museum, a former hotel loaded with pieces of area history.

The Wounded Knee Museum in Wall, South Dakota, spotlights the massacre of nearly 300 Lakota people by U.S. Army soldiers in December 1890—and the mistreatment in general of Native American tribes by the federal government. On the nearby Pine Ridge Indian Reservation, a memorial plaque marks the site of the battle at Wounded Knee Creek.