When the new cruise industry era began in the 1970s and 1980s, cruise itineraries tended to be basic ones. For instance, there were three Caribbean itineraries – Eastern, Western and Southern. Other choices were occasional transatlantic cruises, Bermuda out of New York, Alaska cruises out of Vancouver and some European presence. But that’s all changed.

Not only has the cruise industry become a global one, but we’re also seeing a new evolution of who is sailing where. It’s no longer luxury or premium cruise lines that sail globally – other cruise lines are becoming global as well. A strong benefit? This gives you and your group members more options in itineraries that you might not have been able to consider. 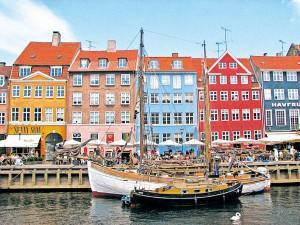 Copenhagen is one of Europe’s most popular cruise sports. (MSC Cruises Photo)

Norwegian Cruise Line (NCL) is expanding the number of ships being deploying to Europe in 2012 and 2013 – four of its ships will be based there. Starting April 2012, for instance, Norwegian Jade will sail year-round in Europe; sailing seasonally from Barcelona and Copenhagen are Norwegian Epic and Norwegian Sun. A fourth ship, Norwegian Spirit, will offer 12-day Mediterranean itineraries during the summer and fall seasons, and then a nine-day Canary Islands itinerary in the winter and spring.

Carnival Cruise Lines is back operating European cruises this year with its Carnival Magic offering Mediterranean cruises from Barcelona. (This is after a two-year hiatus.)

Why the increased presence in Europe?  It seems to be a combination of value as well as cruise guests’ increased comfort zone with traveling outside traditional Caribbean and Alaska itineraries.

For the first time in Carnival Cruise Lines’ history, it is basing a ship, the Carnival Spirit, in Sydney, where she will sail year-round starting in 2012. An interesting slant?  North American cruise lines sailing in Australia market their itineraries to New Zealanders and Australians rather than to North Americans. In 2011 lines with ships sailing out of Sydney include Celebrity Cruises, Holland America Line, Princess Cruises, Royal Caribbean International, Crystal Cruises, Oceania Cruises and Silversea Cruises.

The combination of modern and exotic has spurred Dubai’s growth as a home port. Costa Cruises became the first cruise line to home port there in 2006. The Costa Deliziosa was inaugurated in Dubai on Feb. 23, 2010 in Dubai, and for the 2010-2011winter season, Costa has two ships there – the Costa Deliziosa and Costa Luminosa. Royal Caribbean International started offering seven-night roundtrip cruises from Dubai aboard Brilliance of the Seas from January through April of 2010.  The ship continues its seven-night “Dubai Wonders” cruises in 2011 and 2012 and offers some special 12-night cruises as well.

Reduction in departures from U.S. ports 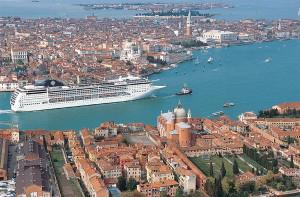 With the increase in ships deciding to offering more destinations worldwide, it is admittedly having an effect on U.S. port departures. Hardest hit has been the West Coast, where the Port of San Diego and Port of Los Angeles have seen a drop in cruise traffic. A large part has been attributed to the recession. Cruises departing from California primarily rely on local cruise guests, the “drive-in” market. California residents have been among the hardest hit economically, hence the drop and reason cruise lines are pulling ships out of that market.

Another factor explaining fewer U.S. departures? When Americans are reluctant to travel outside the United States (which we saw after 9/11), cruise lines move ships to U.S. homeports so guests can embark closer to home. As cruise guests become more confident again traveling overseas, as we’re currently seeing, that has a reverse effect.

However, other U.S. home ports, including Port Everglades in Fort Lauderdale and the Port of Miami, continue to do well. Another port that has seen dramatic growth is New York City. With the cruise terminals in Brooklyn and Manhattan, a nice advantage is being able to do pre- and post-cruise visits to the city. 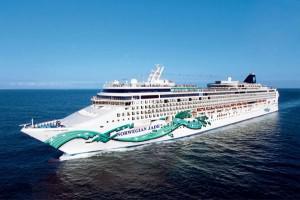 How do cruise lines select their destinations today? And what factors into those decisions on where to shift ships around the world?

According to Richard Sasso, president & CEO of MSC Cruises (USA), “Years ago, itineraries were devised by the marine departments based on simple time, speed and distance calculations, along with considerations for government  rules and regulations. But as the cruise industry has grown, so too has the process of developing itineraries.”

Sasso notes that MSC Cruises has a formula when it comes to destination planning. Its “ABC” approach involves three key things. Sasso explains: “A) appeal of the destination to consumers; B) benefits that a port’s shore product can offer our guests; C) cost of fuel, timing and facilities as well as how each port relates to the rest of the itinerary. Using this formula, the team fine-tunes each aspect of the itinerary to develop the winning combination of ports of call.”

Overall, the increased presence of cruise lines in other parts of the world demonstrates the success of globalization as well as more confidence in traveling again. And ultimately, it provides you with growing choices for your group – ways to explore new areas of the world that your group might not have considered before.