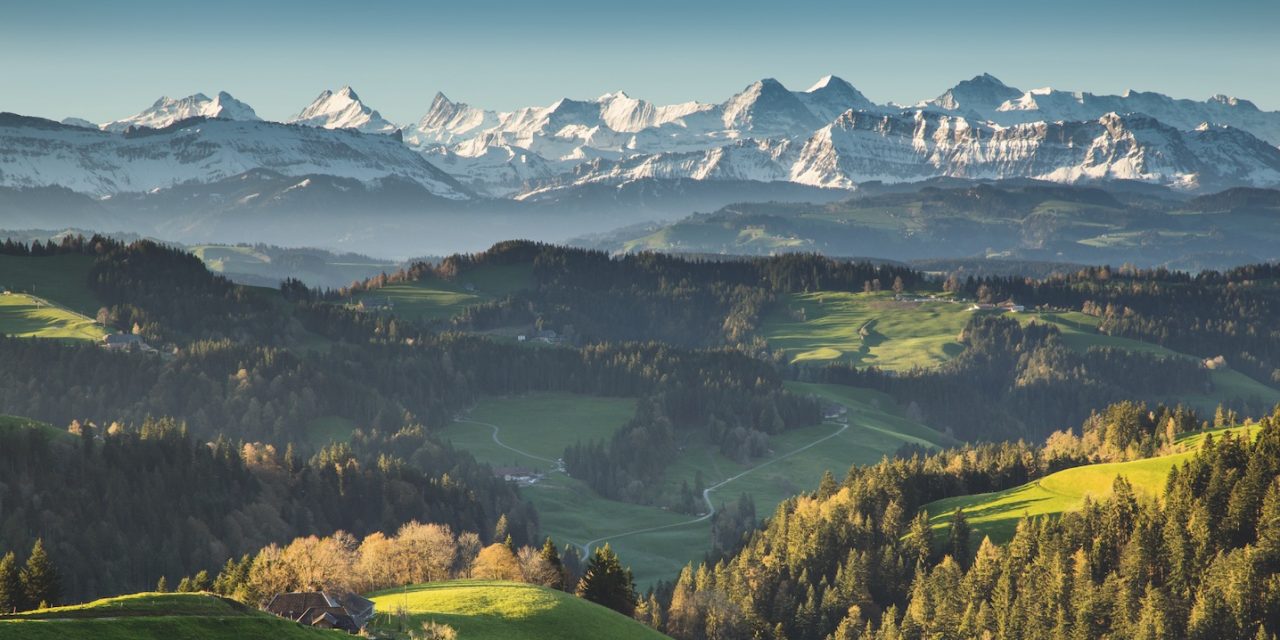 The fascinating story of a persecuted religious sect, along with behind-the-scenes peeks at world-renowned food producers, awaits groups booked on a one-night package in central Switzerland’s Emmental Valley, an idyllic land of rolling green hills dotted with grazing cows and flowerdecked farmhouses.

“Living History: On the Path of the Emmental Anabaptists,” marketed by the Emmental tourism office, artfully blends a chapter in Switzerland’s faith heritage with culinary delights made in this picturesque region in the canton of Bern. Ideal for church groups, the itinerary includes an overnight in a 13th century castle.

Soon after the Protestant Reformation, the Emmental Valley and other parts of Switzerland were scenes of religious intolerance that saw Anabaptists executed, tortured, imprisoned and stripped of their land. Some of these believers in adult baptism, a group seen as radical by both mainstream Protestants and Roman Catholics, were exiled.

Scorned by their enemies for rejecting the baptism of infants as unbiblical, the Anabaptists (or “the re-baptized,” a term coined by their accusers) contended that a proper baptism was only for those old enough to make a conscious decision to profess their faith in Christ. The sect also believed in pacifism and separation of church and state. Persecution began around 1525 and continued in Switzerland and elsewhere in Europe for nearly three centuries. (Amish, Mennonites and Hutterites living in North America today are descendants of the early Swiss Anabaptists.)

Fearing for their lives, the Anabaptists had to hide from authorities, and the “Living History” itinerary features one of those refuges. A farmhouse in the town of Trub, the Fankhaus hideout has a museum that honors the religious minority and the Fankhauser family, ancestors of the current owners, which provided shelter. In the barn, visitors see the hidden cubby hole that was covered by a board. Dating back more than 400 years, the Fankhaus farmstead is the only preserved Anabaptist hiding place in Switzerland. 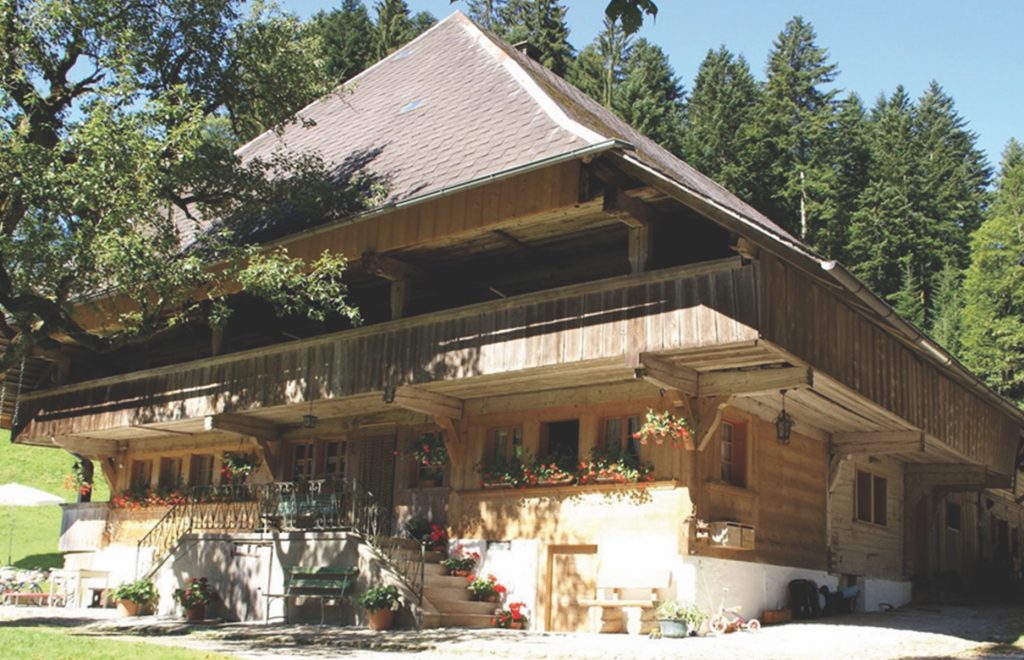 Prior to the hideout, your Emmental Valley journey starts on a sweet and savory note with a morning visit to Kambly, a company in Trubschachen that produces Switzerland’s most popular premium cookies and crackers. At the “Kambly Experience,” the visitor center of the iconic Swiss company that is run by the fourth generation of the Kambly family, visitors discover the secrets of the art of fine biscuit making and explore the world of Kambly in a playful and interactive way. They can also enjoy a refreshing break at the Café and choose their favorite cookies among 100 varieties in the factory outlet store. 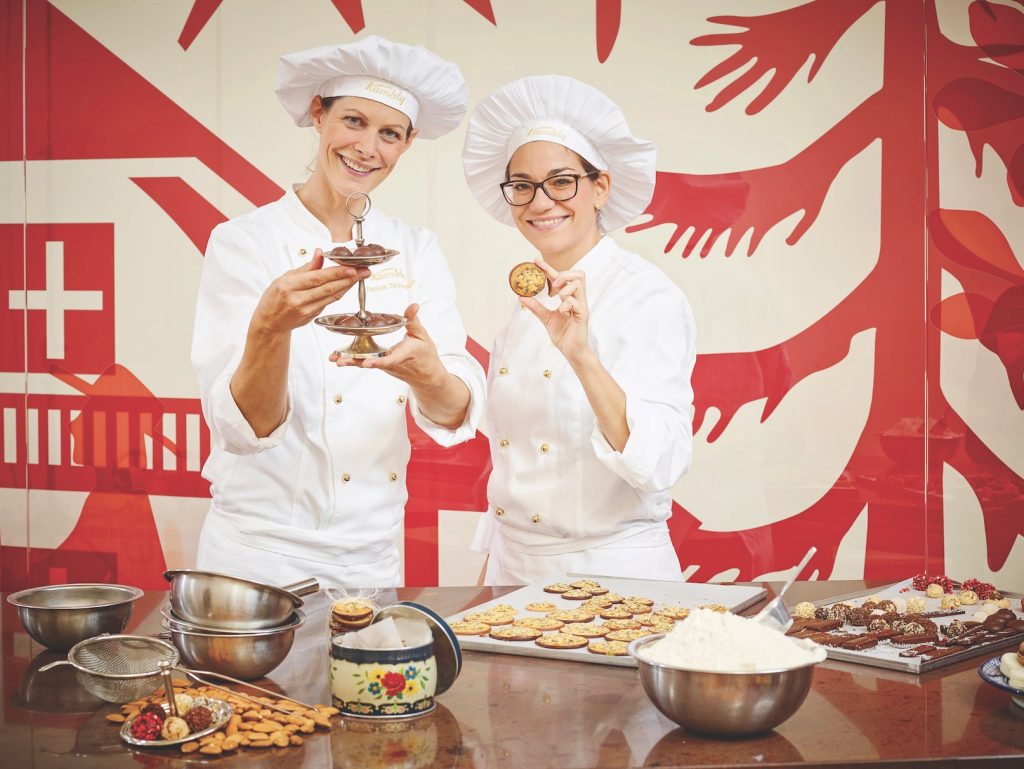 Kambly’s classic Bretzeli, a thin wafer-like biscuit made with fresh butter and eggs from Emmental farms and flour from the village mill, is produced according to the same recipe that founder Oscar Kambly I borrowed from his grandmother. The Matterhorn, another favorite, is a butter cookie with small pieces of Swiss milk chocolate and flakes of honey nougat.

Visitors can watch Kambly master confectioners at work and book a baking class to produce their own cookies. Kambly products are exported to more than 50 countries around the world.

The Emmental Region is also famous for cheese, the kind full of holes. Known in Switzerland as Emmentaler, it’s what Americans call Swiss cheese. Following the Fankhaus visit, the “Living History” excursion continues with lunch and then a tour at Emmentaler Show Dairy in Affoltern. The highlight is cheese sampling in the middle of production and in the ripening cellar, where the wheels of cheese are stored. Most tour members agree that this Swiss delicacy, with its nutty flavor, tastes far better than versions sold in other parts of the world. Cheeses and cheese-related items are available in the dairy’s shops, and there’s a bakery, too.

Two medieval castles, both built in the 1200s, are next on the afternoon’s agenda. A visit to Trachselwald Castle, where Anabaptists were imprisoned in the keep, is followed by check-in at Sumiswald Castle, now a sparkling bed and breakfast with eight rooms (20 beds) in the tower.

Your day in Switzerland’s Emmental Region concludes with dinner at Landgasthof Bären in Sumiswald. A beautifully renovated country inn whose history as a tavern goes back to the 16th century, it is famed for the traditional regional cuisine served in its warm and cozy dining rooms.

The one-night “Living History” package costs approximately $168 (154 Swiss francs) per person. Besides hotel stay with breakfast, the price includes lunch and dinner (drinks not included). For an additional cost, guided tours of the Anabaptist hideout and/ or Trachselwald Castle can be arranged, and a different hotel can be substituted. The package also is bookable without overnight accommodations. Tour operator commission is 10 percent. For details, email info@emmental.ch.

For more information on the Emmental Region, visit MySwitzerland.com/Emmental.