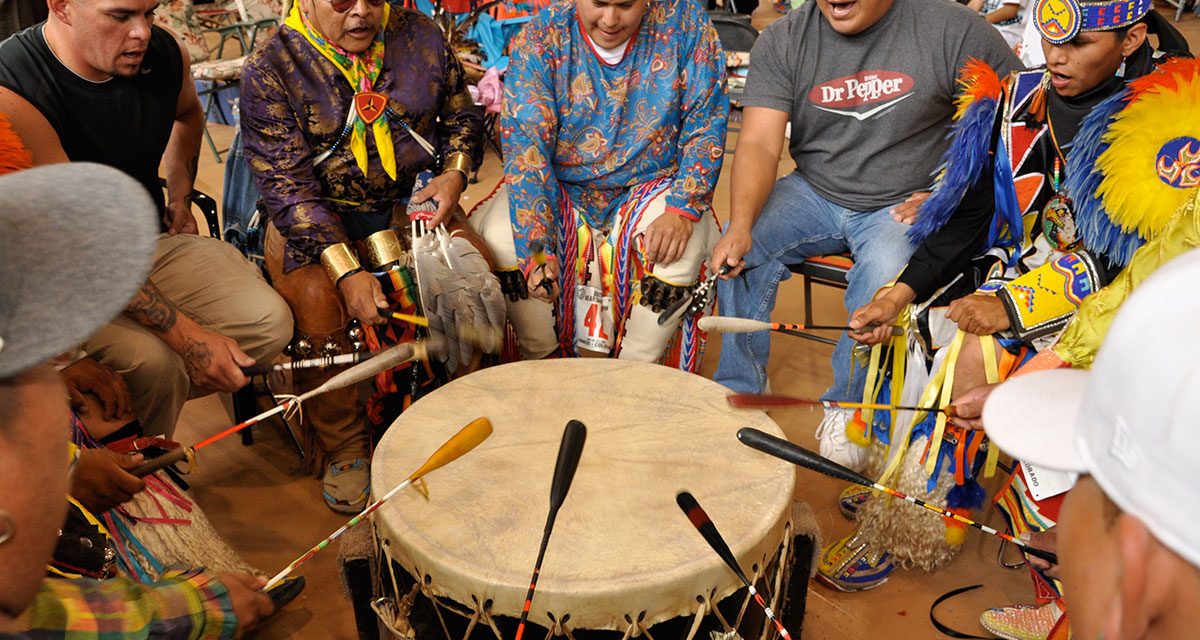 The Ute Creation story tells us that in ancient times Sinawav (the Creator) and the Wolf were Earth’s only inhabitants. To increase the population, Sinawav gave Wolf a bag of sticks with specific directions to carry the sticks to the far hills and valleys. At no time was Wolf to open the bag before arriving at the sacred grounds. Wolf did not follow his instructions

He opened the bag and inside were people that yelled in different tongues as they scattered in all directions. Only few remained in the bag. Wolf continued to the sacred valley and released the remaining few, the Utes. Upon returning Sinawav knew what Wolf had done. Those that escaped the bag would always be a thorn in the side of the Utes. Throughout their history the Utes have been strong warriors and defenders of their land. Fast forward to today.

A 30-minute drive from Durango and located on the New Mexico border, the Southern Utes welcome group visitors. The Sky Ute Casino Resort is the group hub for a two- or three-night stay to explore all the reservation has to offer. The 140 resort rooms and suites are a perfect home base. All rooms have access to the resort’s full list of amenities from pool, lazy river and fitness center to in-room high-definition television, high-speed internet, refrigerator, microwave and coffeemaker, and 24-hour front desk staff and housekeeping. The hallways feature art that is related to the culture of the area and the Southern Ute Indian Tribe. 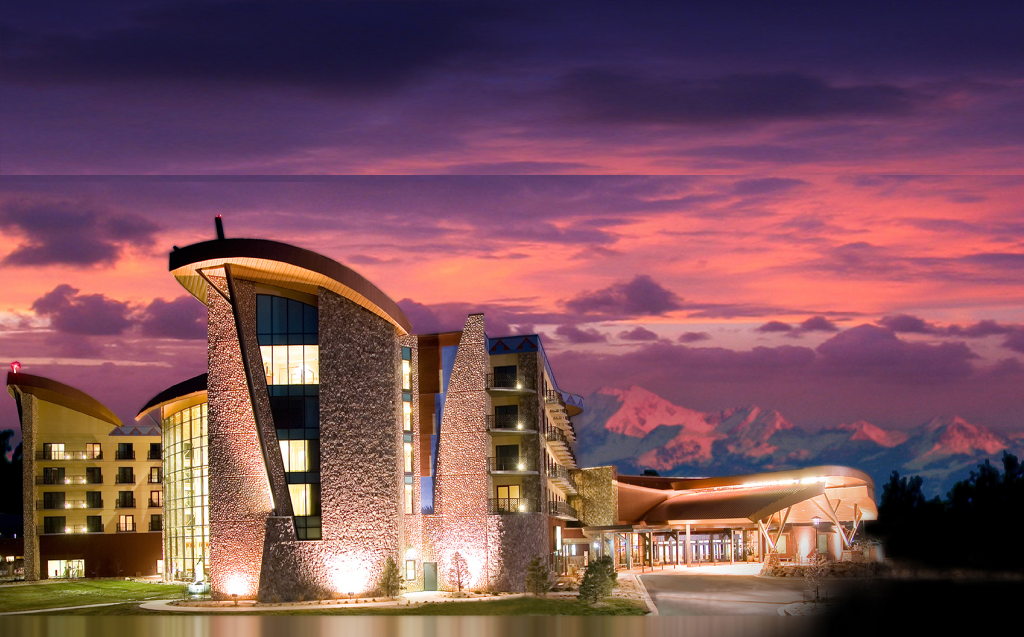 Seven Rivers Steaks Seafood & Spirits is an authentic steakhouse from the past blended with chef’s modern culinary twist. Prime cuts of meat, fresh seafood and memorable desserts served with premium wines and spirits make for a lovely evening. Willows Café Bistro on the main floor of the resort is perfect for a delicious breakfast, lunch or dinner. Located closer to the gaming action, Rolling Thunder Grill combines an American casual menu along with friendly and efficient service.

With slots, table games, bingo and sports betting, there’s fun for everyone in the casino. There are free refreshments on the casino floor and a non-smoking slot room. There are hundreds of state-of-the-art slot machines with more than a dozen brand new games such as Zeus, Dean Martin’s Wild Swingin’ Reels, Pirates Ship, Bier Haus and more! Games offered range from the penny slot to $25 along with the “Most Liberal Video Poker in the Four Corners!” Sky Ute Casino Resort offers high stakes on select slot machines and on all table games.

If table games are your choice, you’ll find some of the best games in Southwest Colorado and the Four Corners at the Sky Ute Casino Resort. Choose your winning strategy between blackjack, craps, roulette and 3-card poker.

Sky Ute Casino Resort has become the premier group base for experiencing the Southwest Colorado and Four Corners region. Check with your group coordinator for dates and rates at 970- 563-1757, or online at skyutecasino.com.

A visit to the Southern Ute Indian Tribe Reservation is not complete until you’ve visited the remarkable Southern Ute Cultural Center and Museum. Through effective programming and services, they are fostering understanding and respect for the unique origin, culture, language, history and way of life of the Ute people. 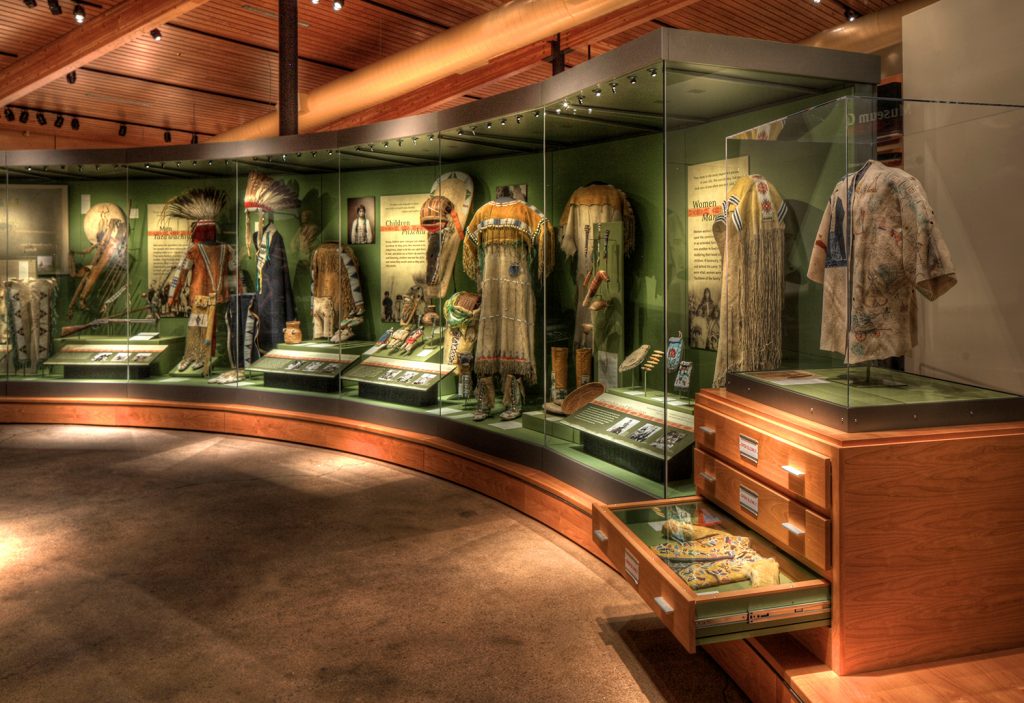 The second-level Welcome Gallery features “Nauchus: A Pictorial Gallery.” Photographs taken from the late 19th and early 20th centuries portray the longevity and resilience of Colorado’s longest continuous residents: the Ute people. The images portray a unique aspect of the Ute culture.

The Permanent Gallery features two exhibits. “Nuuchiyu, We Are the Ute People” tells the story of the Ute people from prehistoric times to the present through photographic curtains, A/V presentations, interactive programs and life-size replicas. “KSUT Public Radio, Featuring 40 years 1976-2016” profiles a small local station that broadcast information to tribal members in their Ute language and grew to become a regional favorite and NPR affiliate. The exhibit showcases photos, promotional items, posters and more from the history of “two stations under one signal.”

With their rich culture, the Southern Ute Indian Tribe holds several events annually to keep those traditions thriving. The original meaning of the Bear Dance has been dropped in modern times, but it still shows respect for the bear and its spirit. According to tribal lore, everyone celebrated at the first spring thunder as a long winter came to an end and tensions were released. Today, dancers wear some sort of plumes and on the fourth day leave their plumes and tensions on cedar trees. The sun dance ceremony is held four days in the middle of summer and is the most important spiritual ceremony in the Ute tradition. The 100th Annual Southern Ute Tribal Fair was postponed until 2022 and will again feature exhibits and competitions.

The Mountain Ute Casino Hotel is the place to stay, eat and play. Relax in 90 comfortable rooms and suites with all the amenities you’d expect at a luxury property.

There’s plenty of action in the casino with 700 slot machines, including specialty slots, favorite classics and so much more from a penny to $25. Recently unveiled Summit Slots feature 70 of the latest slot machines. Live-action table games feature blackjack, Ultimate Texas Hold ‘em and roulette. 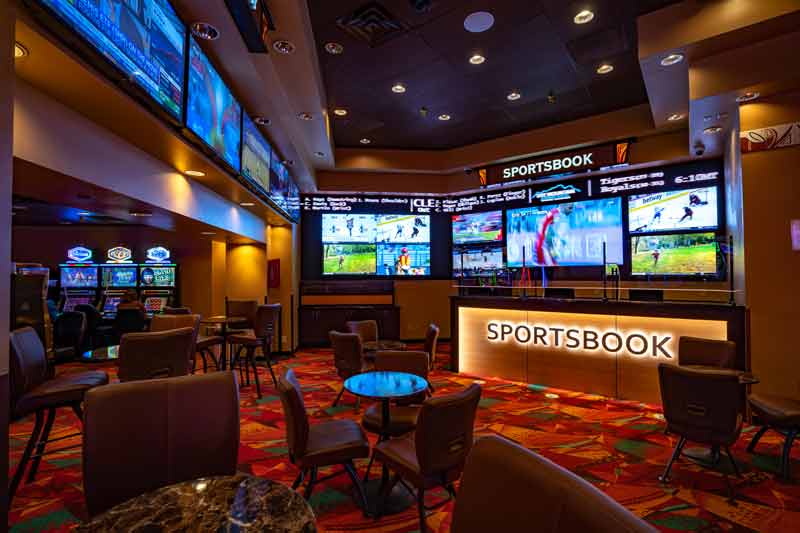 With more than 400 seats the Bingo Hall is largest in the area. With different buy-ins, fun promotions and jackpot payouts, there’s never a dull moment. If your action is more about the court, field or rink, then the Ute Mountain Sportsbook is for you. Get your wager down and follow the games in the multi-screen sportsbook room.

Kuchu’s Restaurant is open for an array of breakfast choices, tasty lunch dishes and a delicious dinner menu. Two nights are set aside for tasty signature buffets. A new snack bar inside the casino is set to open with a full menu of pizza, sandwiches, desserts and beverage center.

With expanded and newly enriched exhibit space, the Ute Indian Museum reopened in 2017. The project was the product of three years working with the Colorado Ute tribes. Visitors will journey across Colorado learning the culture and history and Ute life. Tribal members will share the stories while Ute life is shown in the exhibits. Included are survival of the culture, political self-determination and economic opportunities, and what’s a Ute Museum without celebration of the Bear dance?

In addition to the museum there are expansive grounds with pathways, outdoor seating and shaded lawns all accompanied by informational and educational exhibits. The Ute Ethnobotany Garden is the largest feature with only plants native to the region presented. Panels detail how the plants were used by the Ute from food and medicine to textiles, dyes and soap. The nearby Peace Pole is part of an international project with poles around the world. The same sentiment is proclaimed in hundreds of languages. “May Peace Prevail on Earth” features the message in English and Nuu-‘apaghapi, the language of the Ute.