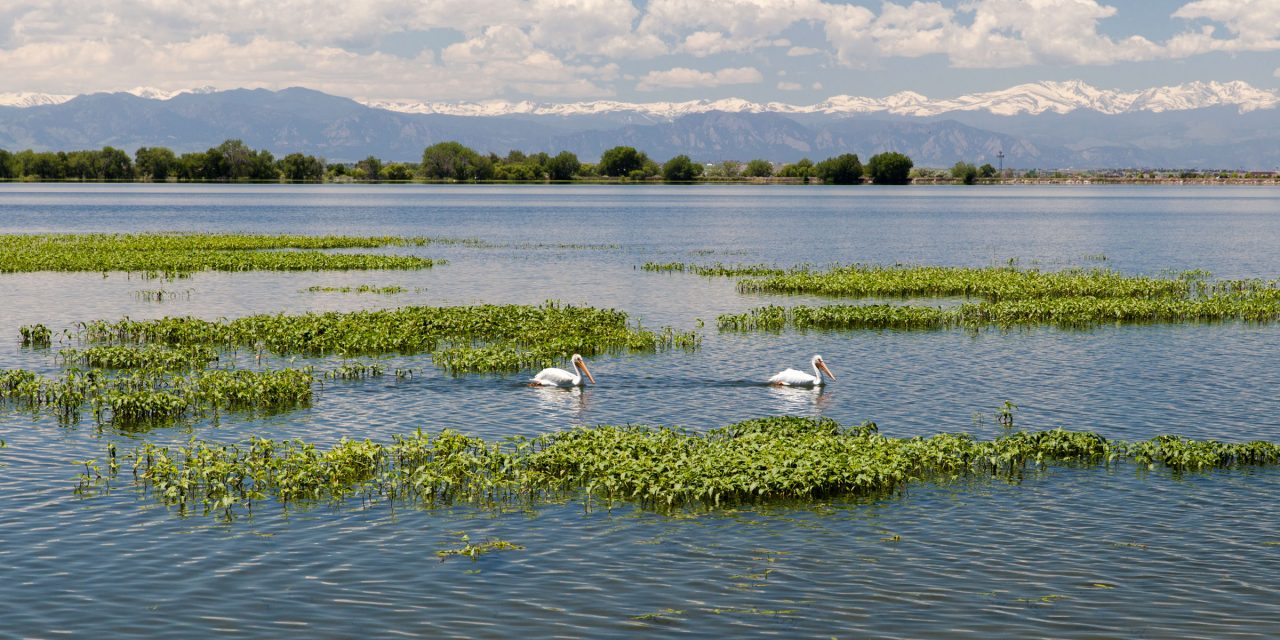 Is your group composed of birdwatchers and outdoor-lovers? These Colorado state parks highlight the beauty of the Rocky Mountains and are easy to integrate into an itinerary.

The dramatic mountainsides and crystal-clear lakes throughout the Centennial State are protected by an expansive state park system. Not only are these 43 locations frequented by avid campers and boaters, they’re visited annually by hundreds of migratory bird and mammal species. This variety of animal life makes the Colorado state parks system one of the most biodiverse destinations in the world, particularly for birdwatchers.

Many of these Colorado State Parks are close to major cities, making them ideal day-trip destinations to add to an itinerary, and most feature visitor centers and friendly staffs eager to showcase the local beauty. No matter your group’s preference, the Colorado state parks system features trails, staff members and amenities for operators to tailor to any taste. The Migratory Bird Act of 1918 is celebrating its 100th anniversary, so what better way to continue the legacy of protecting these beautiful species than with a visit to one of many Colorado state parks? Consider these eight options when crafting your next Colorado tour. 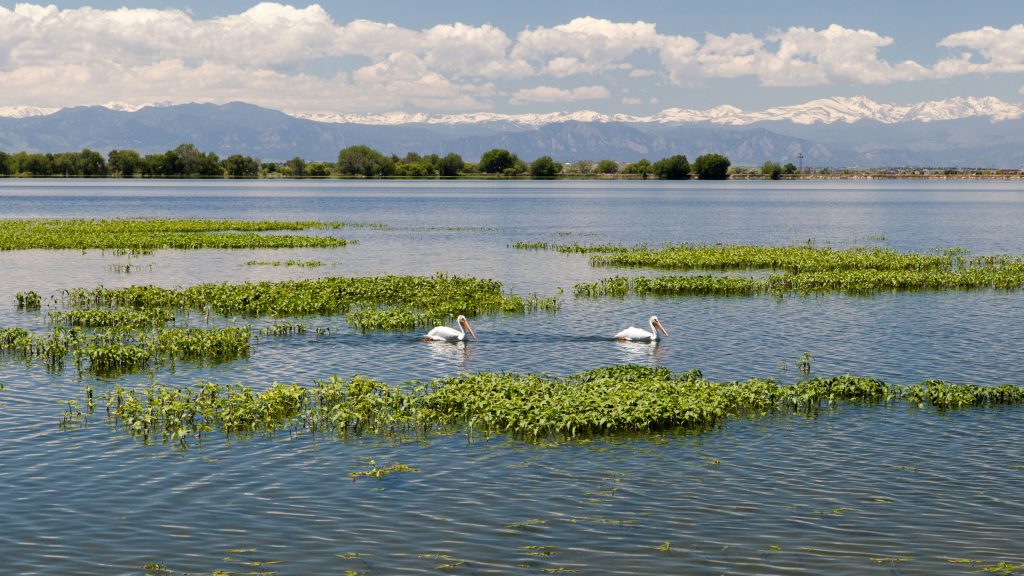 Over 350 species of migratory and resident birds converge in the marshland and cottonwood groves that surround Barr Lake, a 1,900-acre reservoir that has attracted sportsmen and naturalists since the 1880s. Your group can witness thousands of egrets, ospreys and hawks that nest here every spring.

Why should I bring my group to Barr Lake State Park?

A mecca for birdwatchers, the park is consistently one of the most frequented Colorado state parks for naturalists in the Rocky Mountains. Conveniently located 30 minutes northeast of downtown Denver, the park features hiking trails that circle the lake and includes prime viewing stations and boardwalks in boating-free zones. This Colorado state park carries a large staff that will happily show your group members banding stations and secluded areas to watch flocks that have migrated here for centuries. Numerous gazebos are ideal mealtime retreats.

Nearly 200 species can be observed within this Colorado state park’s borders, including vermilion flycatchers, loons and loggerhead shrike. Migrating blue herons, golden eagles and snowy egret can be spotted in different seasons, while the placid waters of the park’s Mack Mesa Lake is a rich home for grebes, loons and shorebirds.

Why should I bring my group to Highline Lake State Park?

Located 30 minutes from Grand Junction, this oasis attracts hundreds of bird species and visitors alike seeking water and respite from the high-desert environment of western Colorado. If your group plans on exploring the area during winter, bald and golden eagles are common in the leafless trees along the water and can be seen hunting fish above the lake. Nearby Grand Junction also offers several affordable hotel options along with easy access to attractions such as Colorado National Monument. 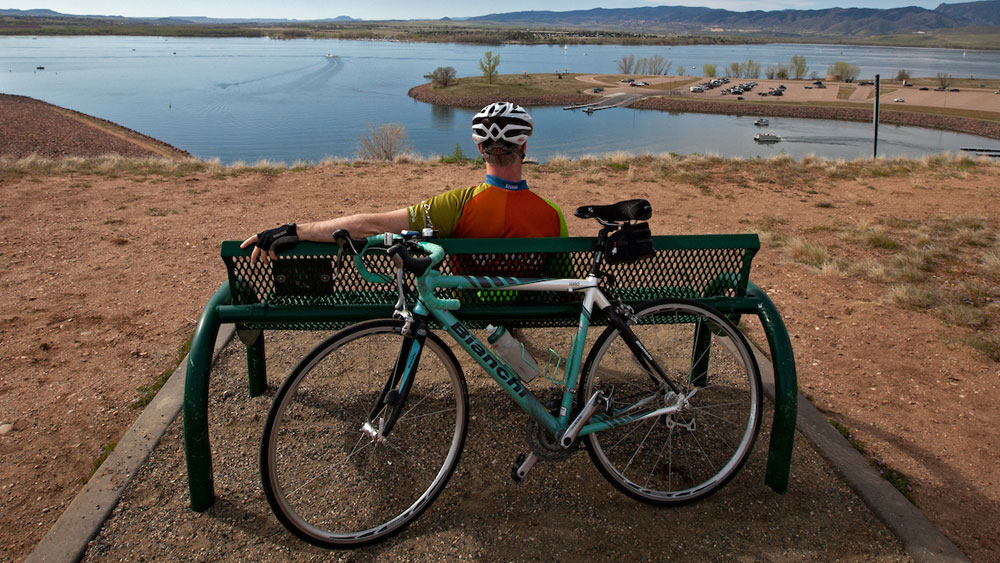 The horseshoe-shaped Chatfield Reservoir boasts numerous picnic pavilions, but its signature feature is the 345 bird species that nest in the park’s many glens and waterways. Staffers can equip your group with binoculars and field guides before showcasing the area’s ornithological residents, which include bald eagles, white pelicans and the elusive burrowing owl in Owl Grove.

Why should I bring my group to Chatfield State Park?

Set alongside the South Platte River, Plum Creek and the crucial wildlife corridor that surrounds them, this park is so rich in biodiversity it was granted a field office by the Audubon Society of Greater Denver. Groups embarking on a day-trip venture and eyeing the park’s stunning Front Range views can access nearly all trails from the main parking lot. Visitors will adore this Colorado state park for opportunities to ride horses into the sunset, fly model airplanes or embark on a camping journey. 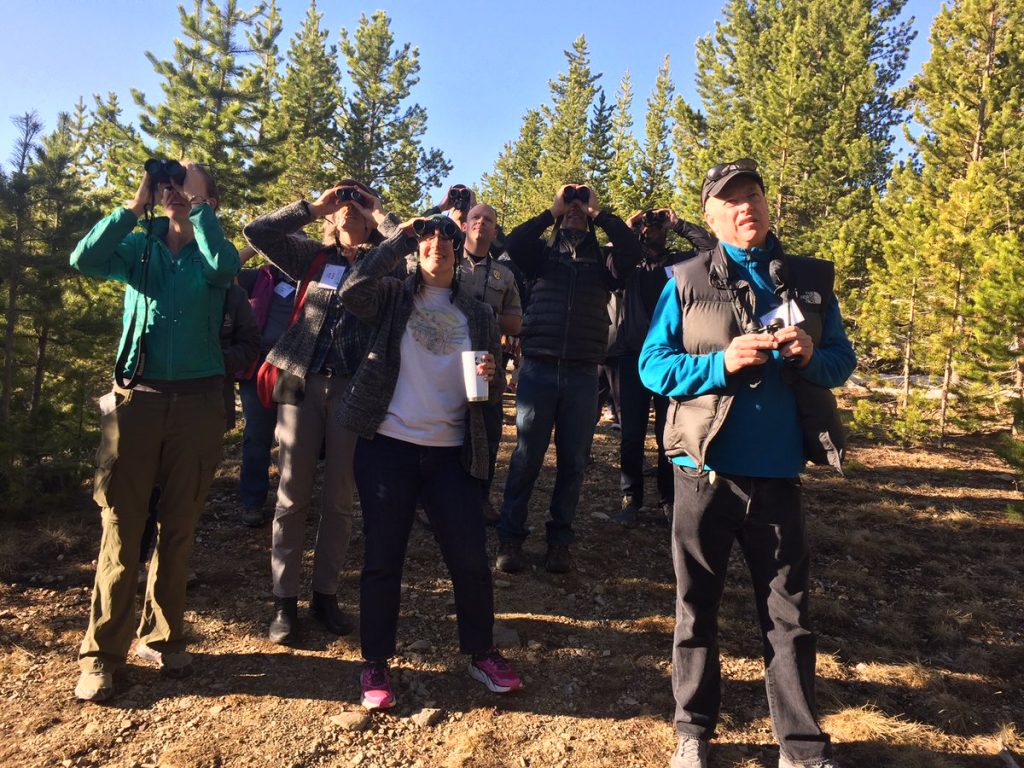 Birdwatching is a popular group activity at the Colorado State Parks.

Birdwatchers in your group will want to seek out the sandhill cranes and savannah sparrows that nest along the rich treeline of the lake perimeter and listen for the song of the mountain bluebird.

Why should I bring my group to Steamboat Lake State Park?

Created by crystal-clear snow runoff from nearby Hahns Peak, this high-altitude Colorado state park is most beautiful in the early autumn when the aspen trees turn a brilliant gold. However, Steamboat Lake is a recreation destination year-round, and visitors have numerous opportunities to hike along pristine trails, birdwatch in the summer and relax at the numerous picnic pavilions. Nearby Steamboat Springs resorts and hotels offer lodging with convenient access to more hiking trails and golf courses.

Birdwatchers can explore this Colorado state park’s five-mile nature trails that surround Jackson Gulch Reservoir’s shoreline and spot a vivid indigo bunting or migrating Canada geese. The park is also home to several hummingbirds, including the black-chinned and broad-tailed varieties.

Why should I bring my group to Mancos State Park?

Conveniently located off the San Juan Skyway, 12 miles from Mesa Verde National Park and less than an hour from Durango, this beautiful Colorado state park surrounding Jackson Gulch Reservoir was inhabited by the Ancestral Puebloans before being converted into a thriving nature preserve. Groups seeking a cozy retreat can lodge in the park’s famous all-season yurts—circular cabins–while history buffs will enjoy the prehistoric Anasazi Indian ruins at the nearby Anasazi Heritage Center. 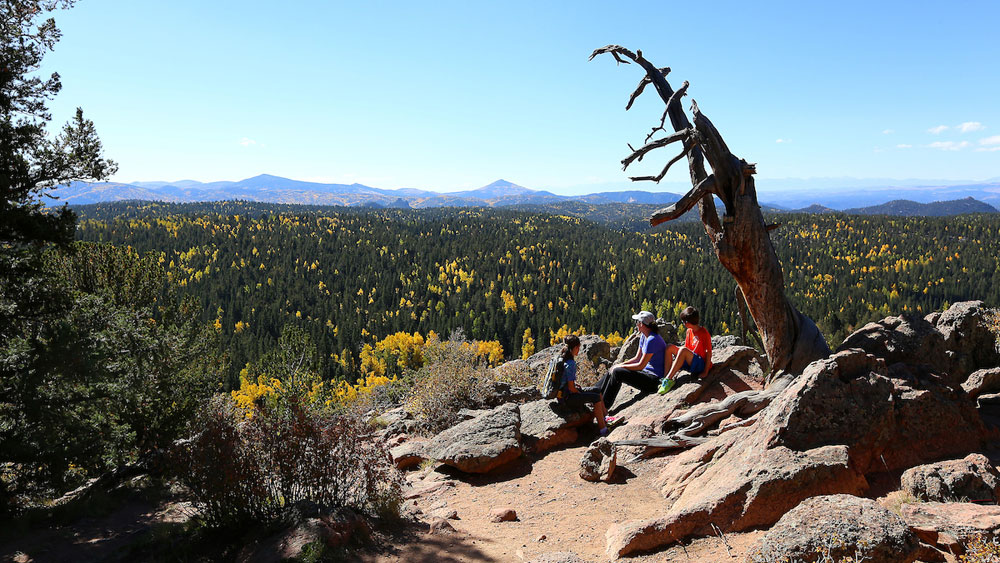 The area’s dramatic rock outcroppings and dense wildflower meadows make for ideal birdwatching locations, especially for groups aiming to spot the rare dusky grouse. These drab-colored ground-dwellers conceal their nests under logs and shrubbery, but rangers are on-hand to point them out, in addition to more colorful Colorado state park residents such as the red-naped sapsucker and golden eagle.

Why should I bring my group to Mueller State Park?

These spring-fed meadows in the shadow of Pikes Peak were once hunting grounds for the Ute people and grazing areas for 19th century homesteaders before being converted into a 5,000-acre nature preserve. Less than an hour from Colorado Springs, the park is an ideal day-trip for groups looking to hike through 55 miles of backcountry trails or use the thick conifer forests for an evening campfire. Other options for groups include ranger-led hikes along the Meadows Nature Trail and naturalist amphitheater programs offered throughout the summer. 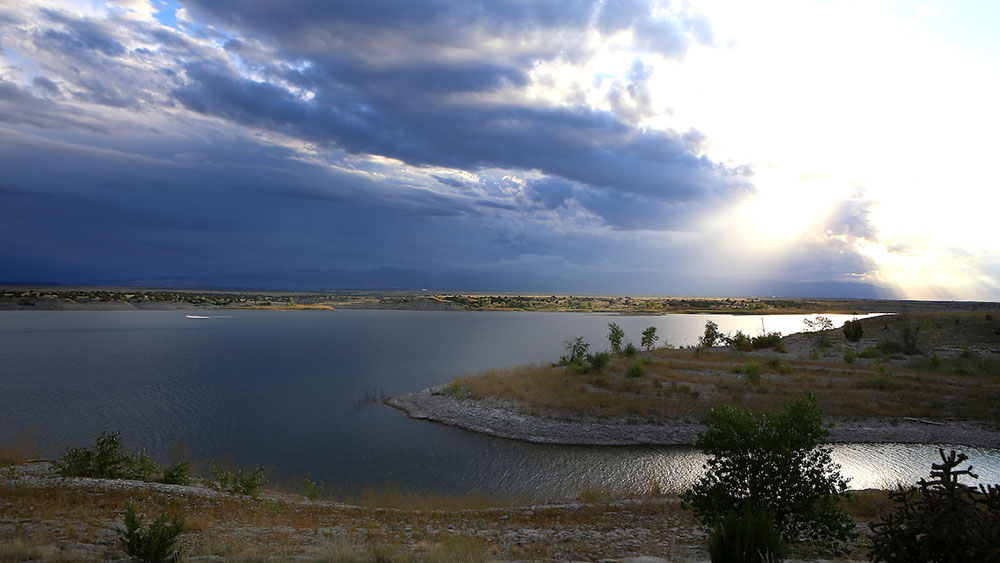 The park’s piñon-juniper woodland and lush riparian ecosystems are mating grounds for majestic bald eagles and red-tail hawks, while ospreys nest in designated boxes on the western edge of this Colorado state park for visitors to discreetly view. Your group can also spot turkey vultures, kestrels and prairie falcons hunting for prey along the lake’s shore, while more docile species like flycatchers and nuthatches take residence in the riparian zone surrounding the lake’s tributary: the Arkansas River.

Why should I bring my group to Lake Pueblo State Park?

Southern Colorado’s premier recreation location boasts 60 miles of shoreline and beautiful views of the Sangre de Cristo Mountain Range, but it’s also notable as one of the most diverse birds of prey populations in the American West. Operators can also consider a visit to the nearby Nature and Raptor Center of Pueblo, a raptor rehabilitation facility staffed by dedicated ornithologists happy to lead group tours. 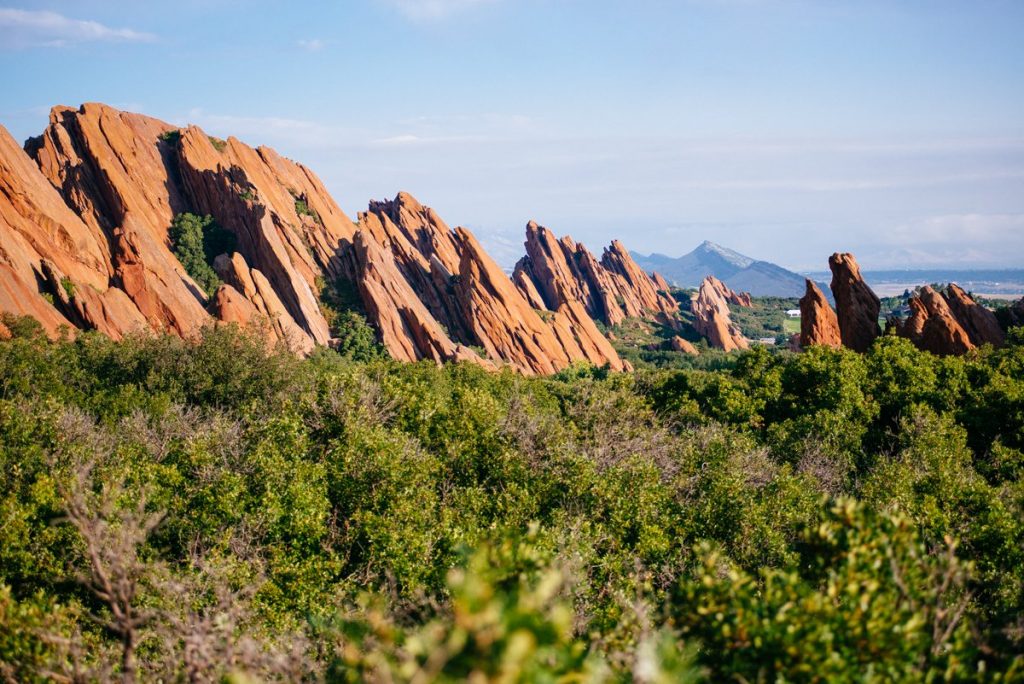 Why should I bring my group to Roxborough State Park?