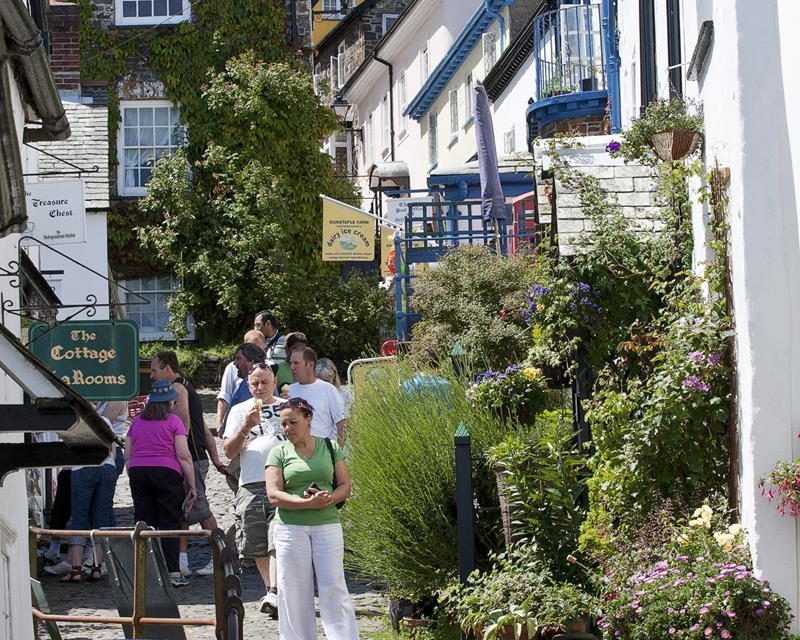 When traveling to England, many tourists visit popular destinations such as Stonehenge, Stratford-upon-Avon, Bath and, of course, London, but you would be wise to head west toward Devon to the small seaside community of Clovelly. To say that Clovelly is a one-of-a-kind destination is an understatement.

Many coastal English towns can be classified as fun-to-visit, great-to-explore or must-see. There are very few, if any, English communities where those three descriptions apply in equal measure. Clovelly is one village that fits all three descriptions.

Located in north Devon, along the banks of the Bristol Channel, Clovelly can also be accurately labeled as distinctly special, undeniably spectacular and truly unforgettable. When you arrive in Clovelly, close your eyes and tap your shoes – just like Dorothy did in The Wizard of Oz. When you open your eyes, you won’t be in Kansas anymore. Instead, you will be standing in a part of the world that hearkens back to a bygone era. 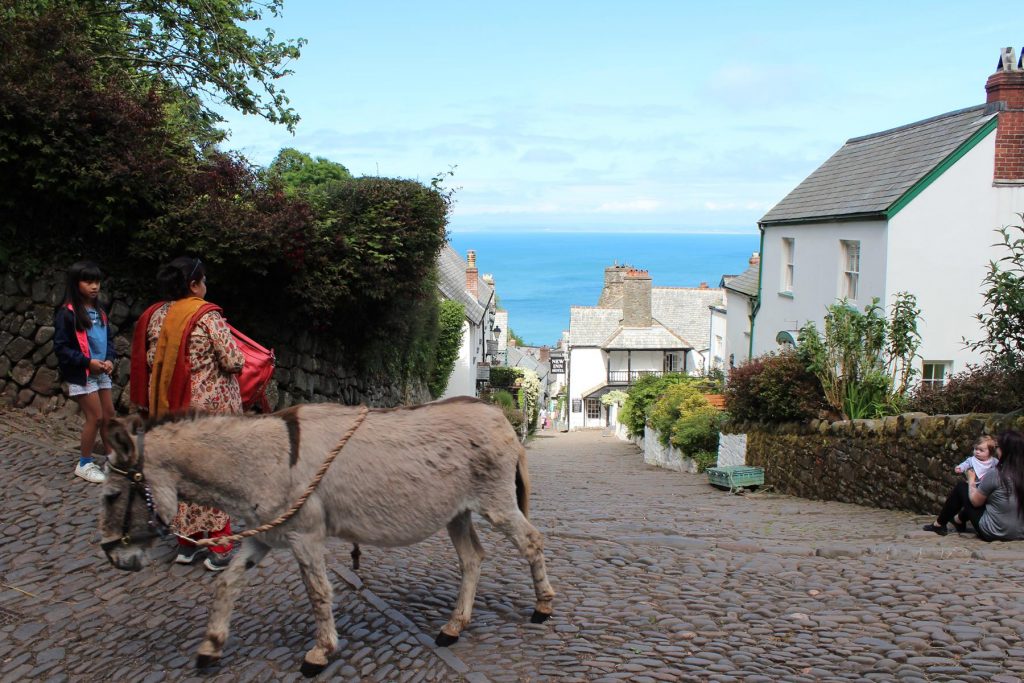 The Clovelly experience begins as you trek along the steep steps of the pedestrianized main street that take you to Clovelly’s harbor front and Bideford Bay, an outlet to the Bristol Channel. As you descend on the cobbled, terraced streets, be aware that each of the buildings is architecturally listed – in other words, placed on the Statutory List of Buildings of Special Architectural or Historic Interest in the United Kingdom.

Visiting Clovelly is like walking back in time. There’s a sense of peace and tranquility to the pace of life in this ever-so-precious coastal community. 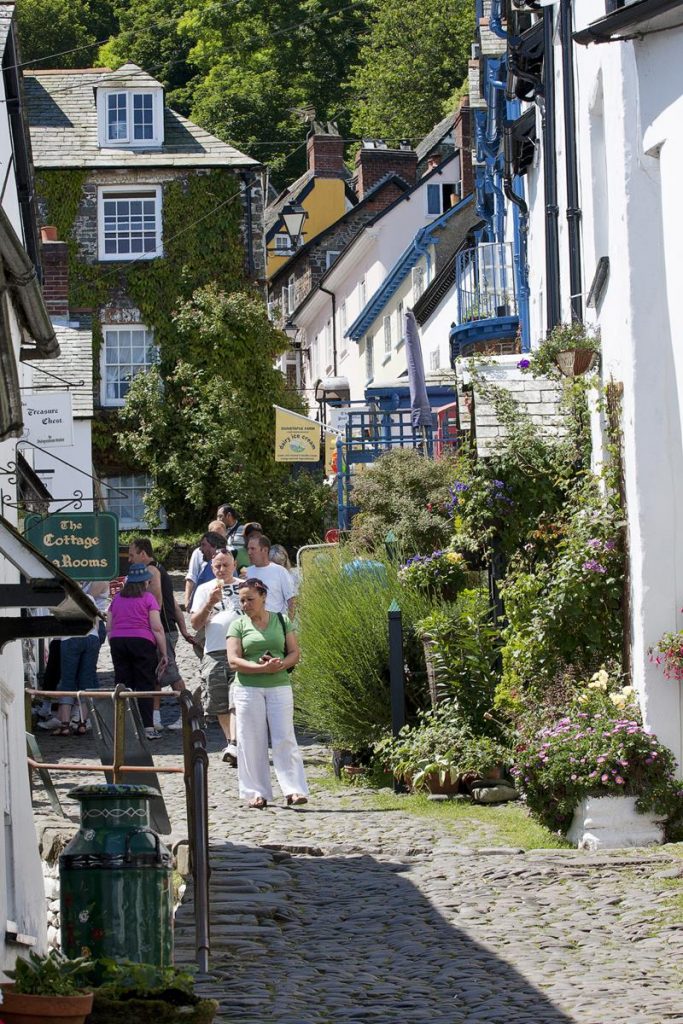 As you stroll through Clovelly, enjoying all that it has to offer, make sure that you conserve enough energy so that you have the stamina to ascend those cobbled steps in order to leave this car-free village. Yes, it’s a car-free zone where pedestrians and donkeys take precedence over the internal combustion engine or anything requiring a fossil fuel. Don’t be surprised to see a donkey or two at Queen Victoria Fountain, outside the Clovelly post office, close to Clovelly’s two pubs or near the two museums.

Besides donkeys, another memory is Clovelly Court Gardens. This old walled garden thrives because it’s located in a sheltered sunny section that allows a wide range of plants to flourish throughout the year.

While in Clovelly, you might be an eyewitness to the launching of the lifeboat – RNLI Toby Rundle – if there’s an emergency at sea. Truth be told, there are two exceptions to the fossil-fuel transportation ban: (1) the engine on the lifeboat and (2) the Land Rover service for those who do not want to walk back up the hill to the car park. The stone building with bright red wooden doors housing the lifeboat is in sync with Clovelly’s architectural decor. FYI: June 20, 2020 marks the 150th anniversary of the lifeboat station.

Three of Clovelly’s claims to fame are that author Charles Dickens described it in A Message from the Sea. Cameos of Clovelly, painted by Rex Whistler, were once used on a china service by Wedgwood. And, author Charles Kingsley was inspired by Clovelly to write The Water Babies and The Three Fishers poem.

Geographically, Clovelly is off the beaten path, but it’s a path worth following if you want to visit an English coastal village that is fun-to-visit, great-to-explore, and must-see.