Branson for All Seasons 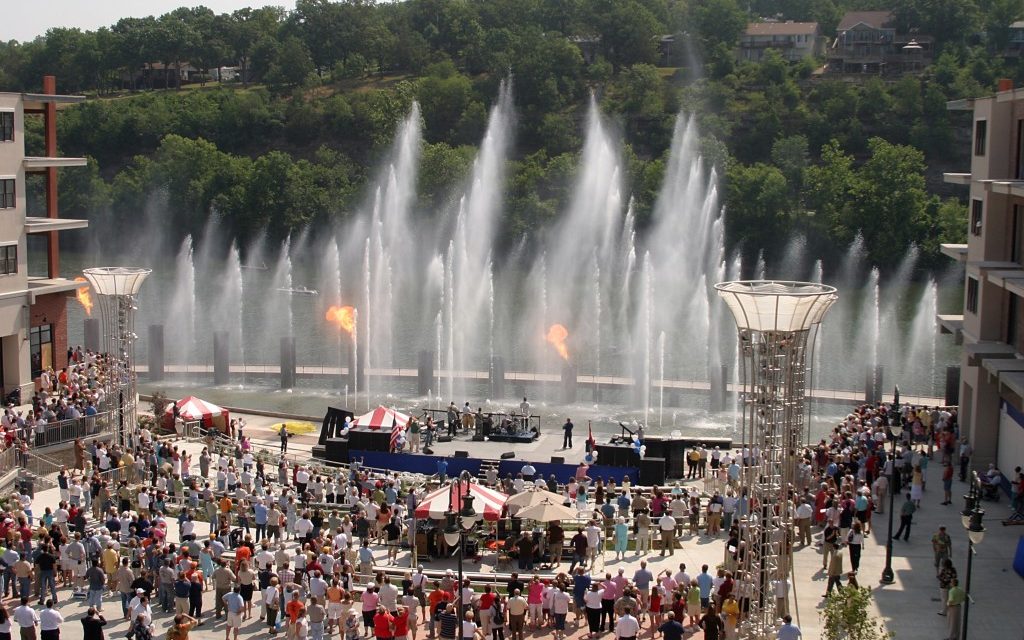 Sleigh bells ring a little early every year in lively Branson, Missouri as the town of about 10,000 gears up for the big Christmas holiday season. Tour groups discover plenty to do from November 1 through December 25, when the town buzzes with special shows, colorful wintertime events and added attractions during the Ozark Mountain Christmas celebration.

Downtown stores along Main Street pull out their most festive merchandise and tidy up their windows with seasonal displays, while the city wraps green bulbs and green garlands around light poles to brighten the main thoroughfare.

But that’s just the tip of the holiday iceberg. In mid-November there’s a “Most Wonderful Time of Year” Parade at the Branson Landing Promenade and Amphitheater, featuring more than 100 star entertainers, marching bands, floats and decorated cars with notables. Of course, Santa Claus and Mrs. Claus are there, too. The parade always honors crooner Andy Williams, a beloved Branson fixture for so many years. Among stars in the recent parade were the Osmonds, Lennon Sisters and Texas Tenors, all with their own fan clubs cheering as they passed by.

Lenni Neimeyer, director of leisure group sales for the Branson/Lakes Area CVB, said, “Christmas in Branson is wonderful for those who enjoy a traditional, old-fashioned celebration of the season. Many of the theaters throughout the town offer totally new productions during the months of November and December, singing everyone’s favorite carols and with beautiful choreography.”

According to the CVB, Branson is among the top three destinations for motorcoach travel in the country. The Branson/Lakes Area has been recognized for the past five years as the No. 1 motorcoach destination by both the American Bus Association (ABA) and National Tour Association (NTA). But only 5% of its visitors arrive by bus. The dominant mode of travel to Branson is by family car (80.4%), with more Branson visitors flying into the Springfield/Branson National Airport (about an hour north of Branson) every year.

Branson has been named a top U.S. destination by reviewers on the world’s largest travel site, TripAdvisor. In the 2014 Travelers’ Choice Awards for Destinations, Branson came in at No. 19.

“It’s fun to see our little town listed among all the popular cities on this list, but TripAdvisor regulars are experts at discerning what it takes to be a great destination and not necessarily a big one,” says Ross Summers, president of the Branson/Lakes Area Chamber of Commerce and Convention & Visitors Bureau. “Some people might be surprised to see Branson on the list of 25 best American destinations, but we’re not. Branson has been welcoming folks for more than 100 years, and it is our great hospitality that keeps them coming back.”

With more than 100 shows performed during a typical season at 50 different musical venues in Branson, it’s easy to see why the town attracts more than 9 million people each year. The show that started it all was the Baldknobbers, a group then known as the Mabe Brothers, which began entertaining visitors on the Lake Taneycomo waterfront. Today the second and third generations of the family hit the stage with comedy, and classic and contemporary country music.

Presleys’ Country Jubilee, located on what’s called 76 Country Boulevard or The Strip (U.S. Route 76), began in 1967 with the first live music theater in Branson, and features country, gospel, bluegrass and comedy. The show, which started as a performance in one of the many area caves, packed them in so solidly that the Presleys purchased property on an isolated, two-lane stretch of asphalt just “outside” of town. That Strip is now loaded with the bulk of the theaters in Branson.

Not all shows feature country or pop music. Jonah, at the huge 2,085-seat Sight and Sound Theatre, depicts the journey of the biblical Jonah as a faithful, righteous prophet who runs away from his purpose and is challenged by a terrible storm, an encounter with an enormous fish and a wicked empire. The staging and special effects of this two-hour extravaganza, which includes live animals, are revealed in a popular backstage tour where visitors discover the technology and ingenuity that powers the complexity of each show in a theater that uses a million watts of light and 60,000 watts of sound.

On the 700-seat Showboat Branson Belle, guests enjoy a multi-course dinner served at their seat while the paddlewheeler cruises Table Rock Lake. Performers include include Janice Martin, the world’s only violin-playing aerialist, and the male vocal group The Showmen. 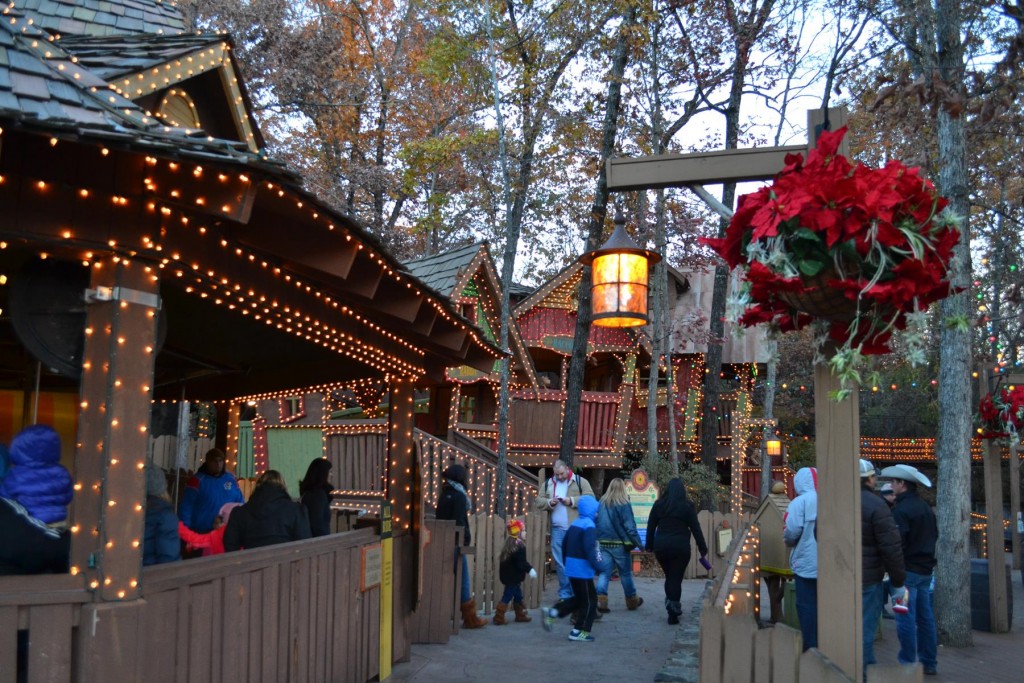 Besides the numerous shows, Branson’s other attractions include Silver Dollar City, which has its own Christmas light parade; a five-story, 350,000-light tree; 5 million dazzling lights throughout the park; and two Broadway-style productions. The 1880s-style Ozarks theme park presents six world-class festivals from April through December. Besides 12 stage venues, 30 rides and attractions (including a rare German-built steam train), 12 restaurants and 60 shops, it features 100 resident craftsmen. The on-site Marvel Cave, first discovered by the Osage Indians in 1500, is the reason the theme park exists today, and guided cave tours are offered.

Other big-time Branson attractions include the Titanic Museum, where you can see more than 400 artifacts from the ship that went down in the North Atlantic in 1912; guided tours are available. 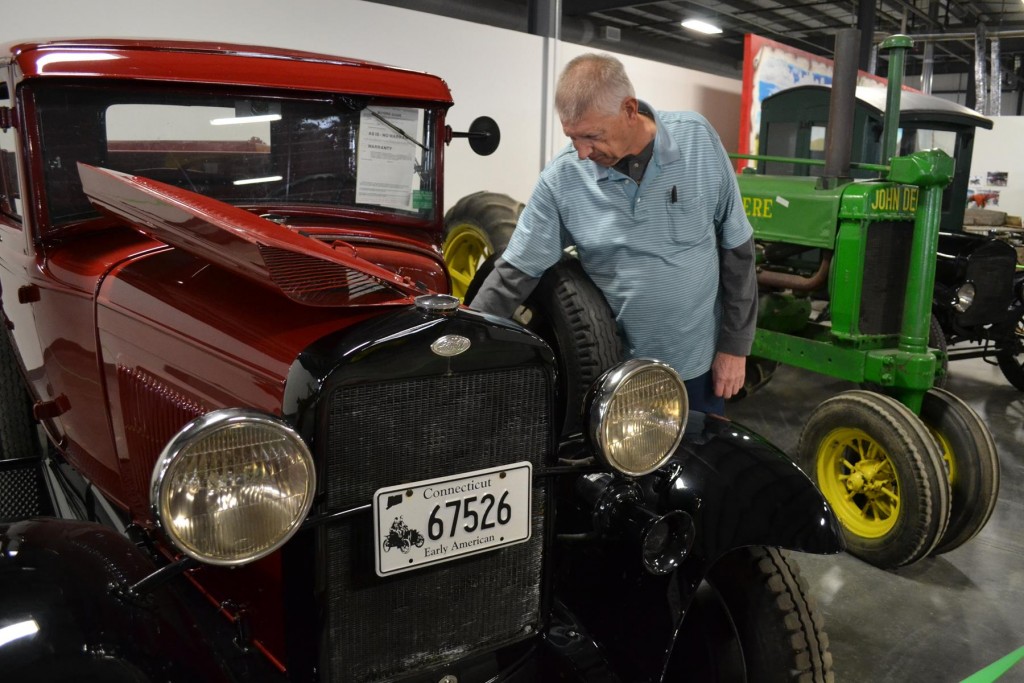 A scenic ride that includes 1940s clear-view dome cars is offered by the Branson Scenic Railway from its historic downtown depot. The 40-mile roundtrip excursion through the Ozark foothills features narrated stories about the history of the railroad and the communities through which it passes. There’s also a Saturday dinner train that serves a four-course meal. The Auto and Farm Museum on 76 Country Boulevard has 90,000 feet of space to display 200 classic, collectible vehicles and 180 farm tractors, implements and buggies.

Groups will enjoy a tour of Dogwood Canyon Nature Park in the heart of the Ozarks, which sprawls across the Missouri-Arkansas border. The preserve is a habitat for buffalo, elk and deer, plus many birds and smaller animals.

At College of the Ozarks (called Hard Work “U”), student guides take guests to see a working grain mill, greenhouses, a working dairy and an ice cream shop, all staffed by students who earn their way through college. The college’s Keeter Center, built by students, is an ideal place for conferences and meetings and includes a 320-seat auditorium and a 275-seat dining room, as well as 15 high-end suites, some with fireplaces and balconies. 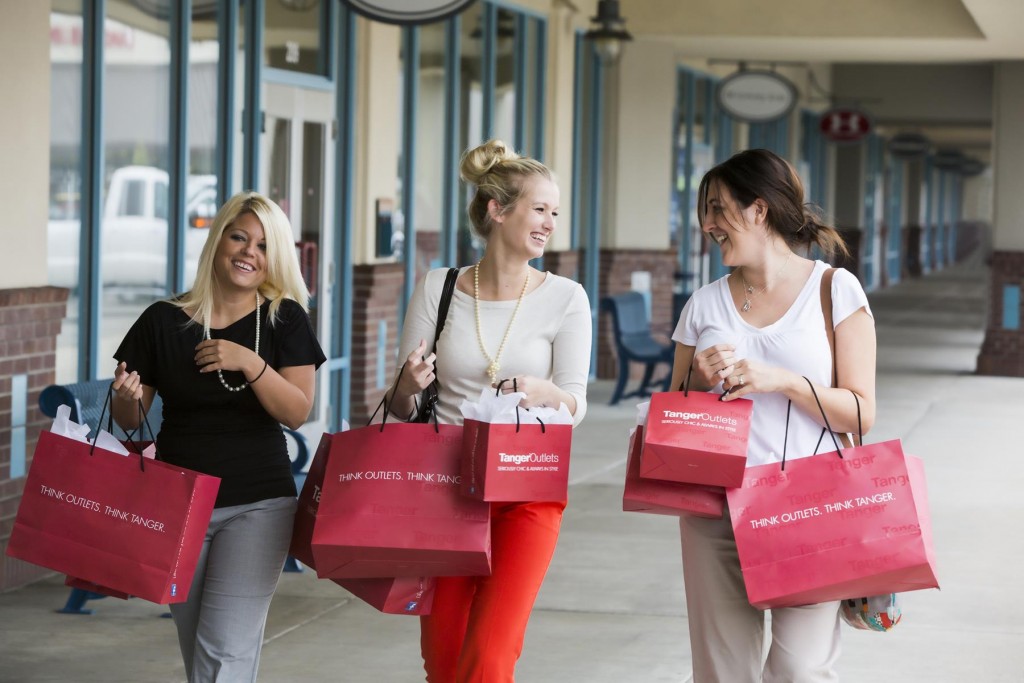 Between shows and attractions, visitors can visit Tanger Outlet Mall with more than 70 brand-name stores or the 100-store Branson Landing. In downtown Branson you’ll find specialty shops, small cafes such as the cozy Farmhouse Restaurant. The iconic Dick’s Oldtime 5 and 10, called a “pathway back in time,” features more than 50,000 items packed into narrow aisles and 60-year-old, hand-built counters and fixtures. From lunch boxes and golf balls to T-shirts, hairnets, pill boxes, toys and games and even Silly Putty, Dick’s probably has it.

Another fun store downtown is the Old-Fashioned Candy Company, where you can buy your favorite type of candy, plus 120 different kinds of taffy—banana is the best seller. The shop displays vintage candy memorabilia.

The Branson area provides groups with many options during all seasons. Whether it’s lights, glitter and action or laid-back relaxing on a lake or in the woods, the Branson area is a show-stopper.