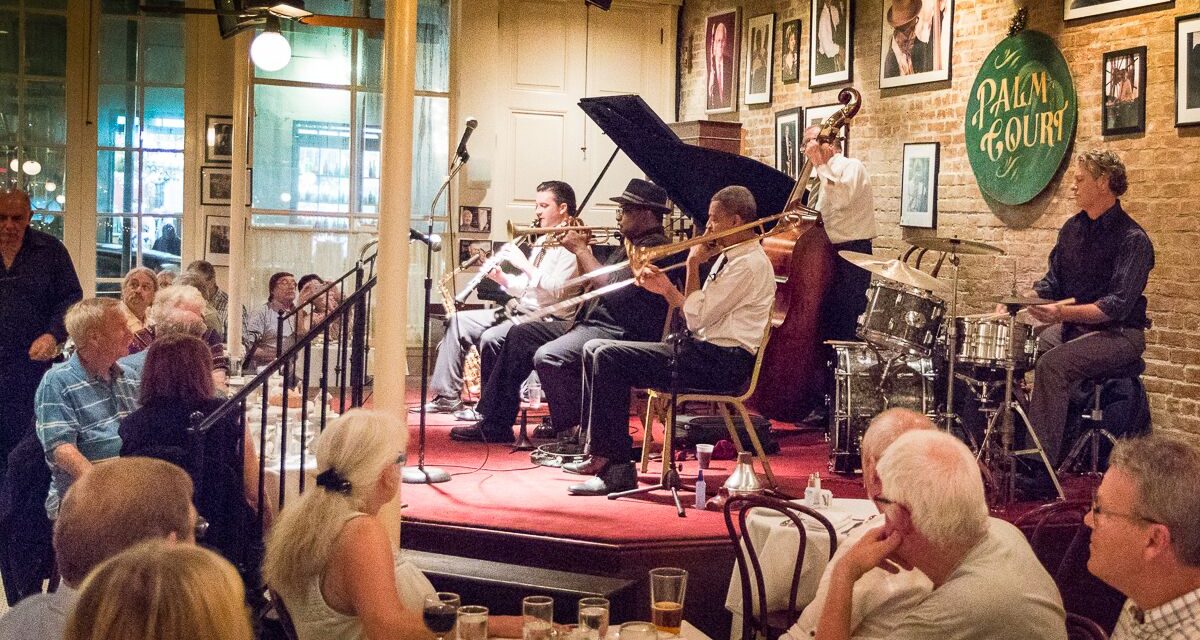 From the jazz clubs of New Orleans to the zydeco road houses of Lafayette, the following music attractions will keep your groups tapping their feet

To visit Louisiana is to indulge all five senses. Groups can treat their taste buds with spicy Creole cuisine or appreciate the timeless French architecture, and they can also hear perhaps the state’s greatest cultural contribution: music.

It’s no exaggeration to claim that contemporary Western music is fundamentally unrecognizable without the development of jazz, blues and zydeco in the juke joints and music halls of the region’s bayous. The state has produced legends such as Allen Toussaint and Dr. John, and young performers continue to cut their teeth in the state’s dozens of live venues. Every Louisiana visit requires some engagement with this quintessential art, whether through museums, festivals or the venues where it originated.

Considered America’s one truly original art form, jazz mirrors the character of Louisiana itself. Just as the state’s history blends plantation culture and European colonialism, so the music is an improvisatory mixture of West African rhythms, French quadrilles and Southern roots music. Groups can learn about the genre’s legacy at the New Orleans Jazz Museum at the Old U.S. Mint. This preserved Greek Revival compound houses Louis Armstrong’s trumpet and ragtime sheet music, and local bands frequently perform on property. From there, recruit a National Park Service staff member to lead a Jazz History Walking Tour past 11 historic jazz landmarks. Stops include Congo Square (a Tremé plaza famous for its jazz funerals), J&M Recording Studio (which welcomed legends like Fats Domino and Little Richard) and the Tango Belt (the famous entertainment district where jazz was popularized in the 1920s). 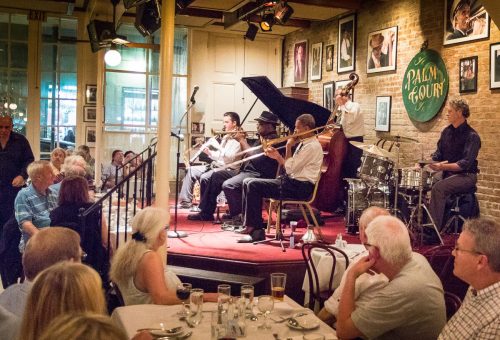 However, nothing surpasses the live jazz experience. New Orleans is teeming with legendary venues and up-and-coming clubs awaiting your discovery. Your first priority should be Preservation Hall, whose unassuming tavern exterior in the heart of the French Quarter undersells the energetic evenings hosted five nights a week. Groups crowd the stage and sit on modest benches to listen to improvised sets from the legendary Preservation Hall Jazz Band—the house band and brainchild of famed New Orleans tuba player Allen Jaffe. For a more elegant setting, consider the white tablecloths and bistro chairs of the Palm Court Jazz Café. Housed in a refurbished French Market warehouse, the space books Dixieland bands, torch singers and brass soloists on its intimate stage, while your group can partake in Creole specialties like beef indienne and crawfish nantua.

Smaller groups and fans of trad (short for traditional) jazz quartets should grab a bench and craft cocktail at Fritzel’s European Jazz Club. A Bourbon Street mainstay since 1969, the narrow space harkens back to traditional juke joints with its exposed brick walls, cramped bar and musicians playing the Great American Songbook. Not all New Orleans music is trapped in the 20th century— listen to cutting-edge younger artists in the Faubourg Marigny neighborhood. Removed from the glitz and tourists of the French Quarter, this unassuming local hangout features smaller clubs favored by up-and-coming artists. Here your group can listen to brass bands on Frenchman Street, catch an
intimate set at the Snug Harbor and listen to blues revivalists at d.b.a.

New Orleans’ signature art form is also featured in many festivals for groups to consider, most notably the Jazz & Heritage Festival held every spring. Twelve stages erected in the city’s fairgrounds feature not only jazz but gospel, R&B and funk, and the festival partners with local hotels to package tickets, lodging and transportation for groups.

Undervalued but no less in important in bayou culture is zydeco music. A rustic amalgamation of French Creole folk and two-step shuffle, it deploys unusual instruments such as accordions and washboards to create a raucous sound found nowhere else in American music. Groups seeking out this distinctly Louisiana genre should prioritize a visit to Lafayette, home to the century-old Blue Moon Saloon. A bric-a-brac interior that features Christmas tree lights and highway signage welcomes local favorites like the Lost Bayou Ramblers, and your group can either boogie on the dance floor or relax with a drink on the outdoor rocking chairs.

Also consider a zydeco breakfast at Buck and Johnny’s in nearby Breaux Bridge. This formerly abandoned auto repair shop is now a multi-use event space that welcomes local Cajun acts, and group members disinclined to dance can try a craft cocktail at the Filling Station bar. For a step into history, venture 30 minutes north to Miller’s Zydeco Hall of Fame in the small town of Lawtell. Legendary performers like B.B. King and Clifton Chenier have graced this modest dancehall’s stage, and the venue continues to draw national acts for its signature weekend sets. If your group happens to be in Lafayette on Labor Day weekend, stop by the Original Southwest Louisiana Zydeco Music Festival. The annual event draws thousands for it live music, craft fair and Creole cuisine provided by local restaurants.