A Beloved Tradition: Christmas Time with the Rockettes 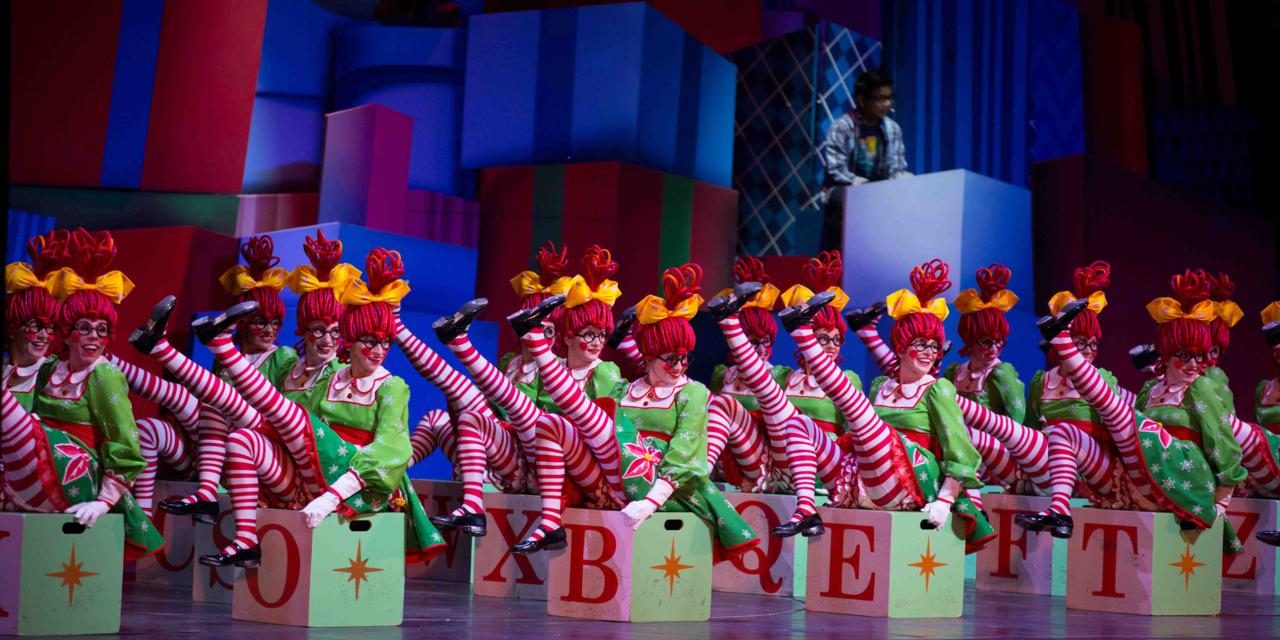 The spirit of the holidays is alive and kicking with the Radio City Rockettes and the Christmas Spectacular. Travel groups visiting New York City during the holidays should not miss this long-running, impressive production.

Shimmery red and green sequins flutter across the stage as large screens display holiday imagery above the dancers. A line of 36 women begin kicking in sync with seamless precision as 21 bursts of real pyrotechnics light up the theater. This wondrous scene takes place during the final kickline of the famed Christmas Spectacular, starring the Radio City Rockettes. It’s preceded by 90 minutes of high-energy dance sequences, colorful costumes, holiday stories, magical special effects and plenty of leg kicks. 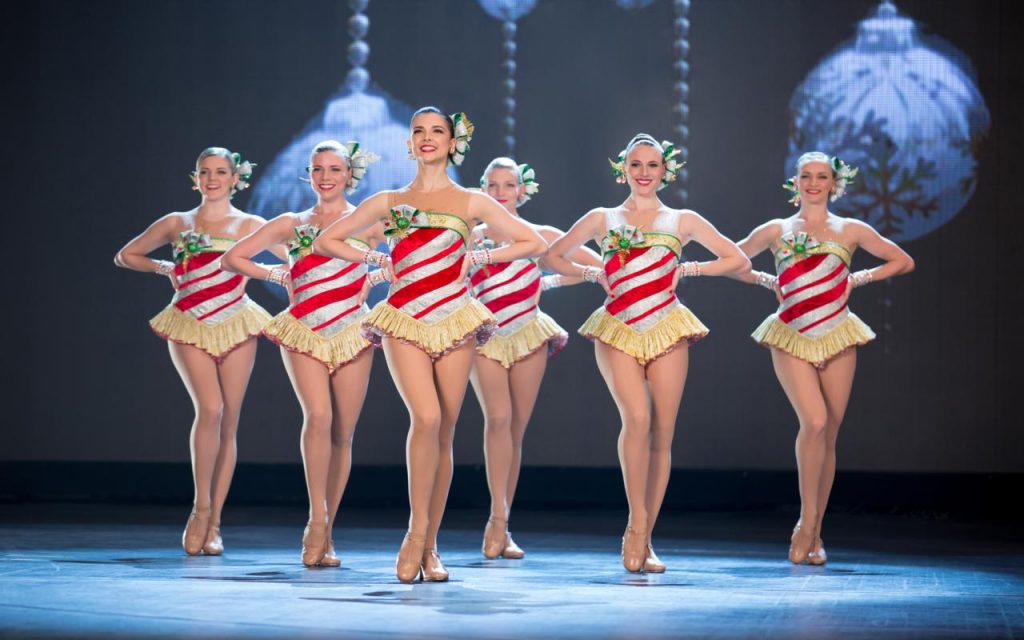 The Christmas Spectacular has been a treasured holiday tradition since it first debuted on December 21, 1933. Back then, the show only ran 30 minutes, but still included elaborate sets, intricate costumes and, of course, the Rockettes. It captured the country’s heart from that first high kick and has evolved into a 90-minute extravaganza that has drawn hundreds of thousands of visitors to Radio City Music Hall.

The Christmas Spectacular consists of 150 cast members, including Rockettes, singers, dancers, musicians and more. These performers take part in several different routines, from the opening “Sleigh Ride,” where the Rockettes carry Santa’s sleigh across the stage, to the spirited tap routine “Rag Dolls,” filled with whimsical costumes and impressive dance moves.

Despite its transformation through the years, the Christmas Spectacular has maintained two of its most iconic numbers: “The Parade of the Wooden Soldiers” and “Living Nativity.” These are favorites of audience members across the country, but many people are unaware of some of the minor elements that go into making these pieces so special. The design of the soldier uniforms has remained mostly unchanged from the very first performance. For example, the bright red spots that pop on the dancers’ cheeks aren’t makeup—they’re red felt circles. The wardrobe staff goes through more than 30,000 of those circles each season. Chances are that most people didn’t know the animals walking across the stage for the Nativity are real  camels, donkeys and sheep, helping to bring the story of Jesus’ birth to life.

Another hidden feature of the show that may surprise guests is the bus segment of the “New York at Christmas” number. The double-decker red bus carrying the Rockettes through Manhattan is controlled by automation, making turns when it hits specific points in the music and the visual scene playing out behind it. When the bus enters Central Park, an ice rink appears, but the surface isn’t real ice. The material is a thick plastic sprayed with lubricant that allows it to behave like ice for the performers.

The most special part of the show that brings huge smiles to fans of all ages is the Rockettes’ dazzling dance moves. From the harmonized soldier marching to the bubbly Reindeer knee pops, the Rockettes transport guests to a magical world through their rhythmic motions. And have you ever wondered why the sound of their tap shoes is so crisp? It’s because their shoes are mic’d up with a special installment in the heel so everyone can hear them dance the “12 Days of Christmas” and “Rag Dolls.” Pretty cool, wouldn’t you say? 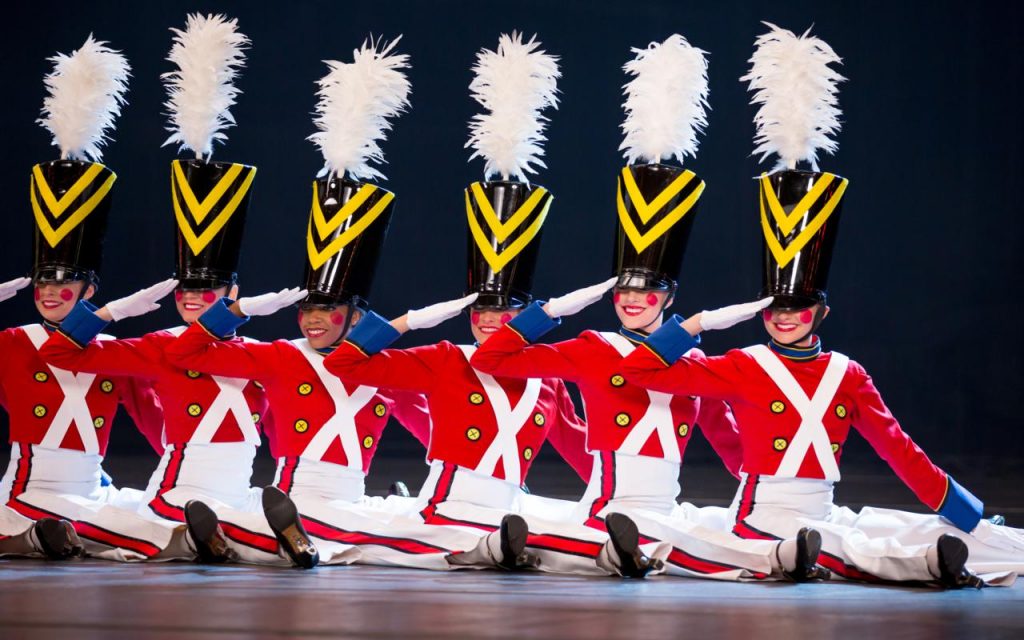 It’s these kinds of details that make the Christmas Spectacular what it is, but it wouldn’t be complete without the incredible venue of Radio City Music Hall. The theater, completed in 1932, sits in Rockefeller Center and is one of the must-see destinations for visitors coming to New York City. When it was designed during the Great Depression, the idea was to make it a theater for the people, a place where they could enjoy grand performances at an affordable cost. Radio City was a place for amusement and fun in hard times, but also a place for inspiration and hope. To this day, Radio City is known as the “Showplace of the Nation,” bringing over 300 million people through its doors for films, concerts, theater performances and special events.

Travel groups wanting to attend the Christmas Spectacular can enjoy special perks. If you have a group of nine or more, you can enjoy pre-sale purchase opportunities, ticket discounts, blocks of seats so you can all sit together and a dedicated sales representative for all your needs. The Madison Square Garden Group, which operates Radio City Music Hall, is happy to assist with planning any group outing to the Christmas Spectacular.