Beer and Baseball: The Perfect Brew 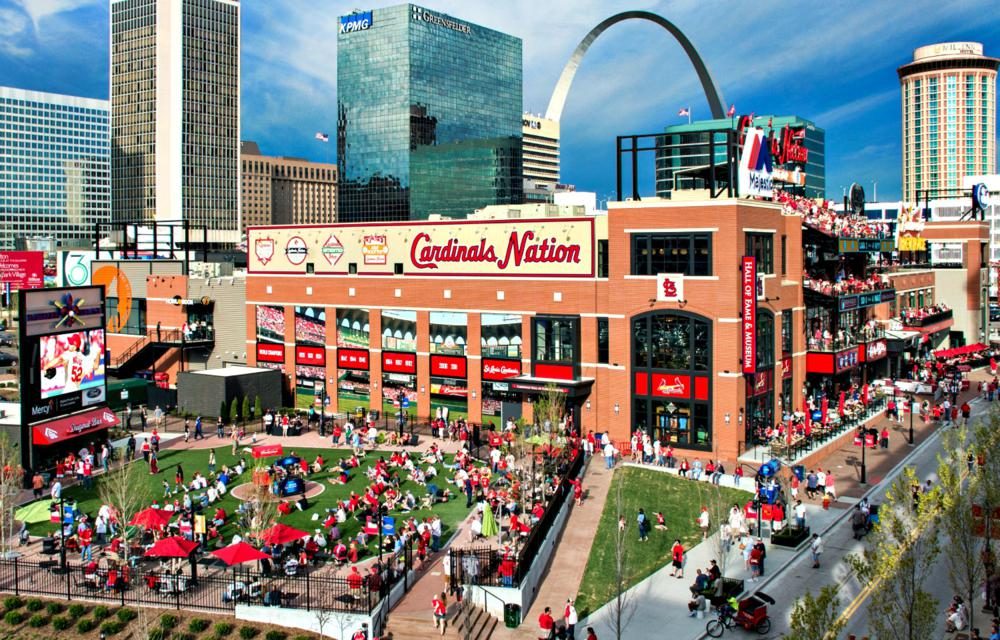 Group organizers can step up to the plate by offering mini-vacations to St. Louis

There’s no better place to have a beer and enjoy a ball game than St. Louis. For baseball fans, the home of the St. Louis Cardinals and Anheuser-Busch brewery makes a great Midwestern getaway for sports-minded groups.

What makes a St. Louis baseball experience so special is St. Louis Ballpark Village. Located right across Clark Avenue from Busch Stadium, this downtown entertainment district packed with restaurants, bars and nightlife venues is fun central for baseball fans—the place to hang out before, during and after a game.

Ballpark Village is a partnership between the St. Louis Cardinals and The Cordish Companies, a well-known developer of successful mixed-use projects around the country. And it’s only getting bigger. A $260 million expansion, expected to begin opening in 2019 and be complete by 2020, will include a 29-story apartment tower (One Cardinal Way), a Loews hotel, office building and retail.

At the moment, though, Ballpark Village is basically one large building crammed with places to eat and drink. It also houses the St. Louis Cardinals Hall of Fame and Museum.

One night last September we watched a game from the open-air Beer Deck of the three-level Budweiser Brew House, which overlooks the outfield at Busch Stadium.

Game tickets to the Beer Deck are available through the St. Louis Cardinals and include the same promotional giveaways handed out at the stadium gates. Cocktail tables and counters provide seating on three tiers. Burgers, brats and hot dogs, plus Anheuser-Busch beers like Budweiser, Busch, Shock Top and Goose Island, are available for purchase. To get closer to the playing action, just exit the Brew House, show your ticket at the nearest stadium gate and enter; the ticket doesn’t give you an assigned seat, but you can stand, walk around or plop yourself down in empty seats. We had a good time wandering through the park, trying out different seating areas. 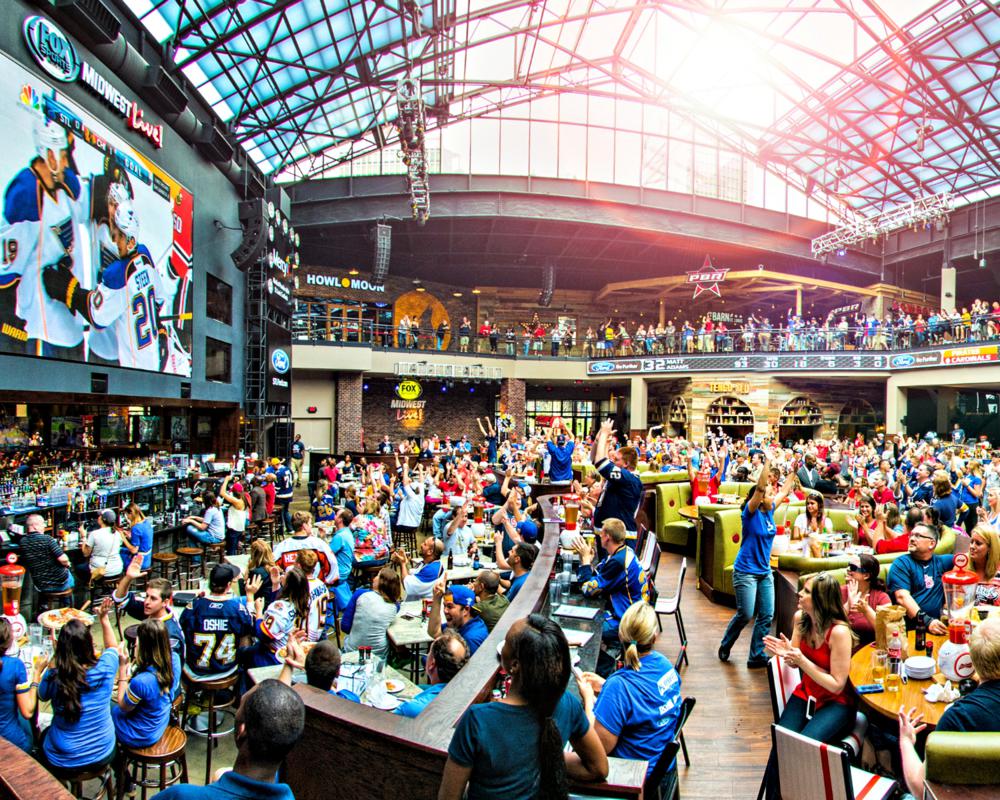 Views of the field also are available from the Crown Room, on the second level of the Budweiser Brew House, game tickets not included.

In addition, the Budweiser Brew House comprises a ground-level restaurant and separate beer garden. Following a Busch Stadium tour, we had lunch at the restaurant, which serves everything from pulled pork and buffalo chicken sandwiches to hamburgers, tacos, salads and pastas. Each menu item has a suggested beer for pairing. Don’t miss the signature desserts—gooey butter cake (a St. Louis specialty) and chocolate crunch cake with peanut butter filling, both served with ice cream.

The central space at Ballpark Village is occupied by Fox Sports Midwest Live! Under a retractable glass roof in this cavernous restaurant/bar, you can watch sports action on the many HDTVs, including the 40-foot-wide LED screen. LED ribbon boards circle the entire room, and there’s even a concert stage. As an appetizer, try the toasted ravioli, a St. Louis favorite. 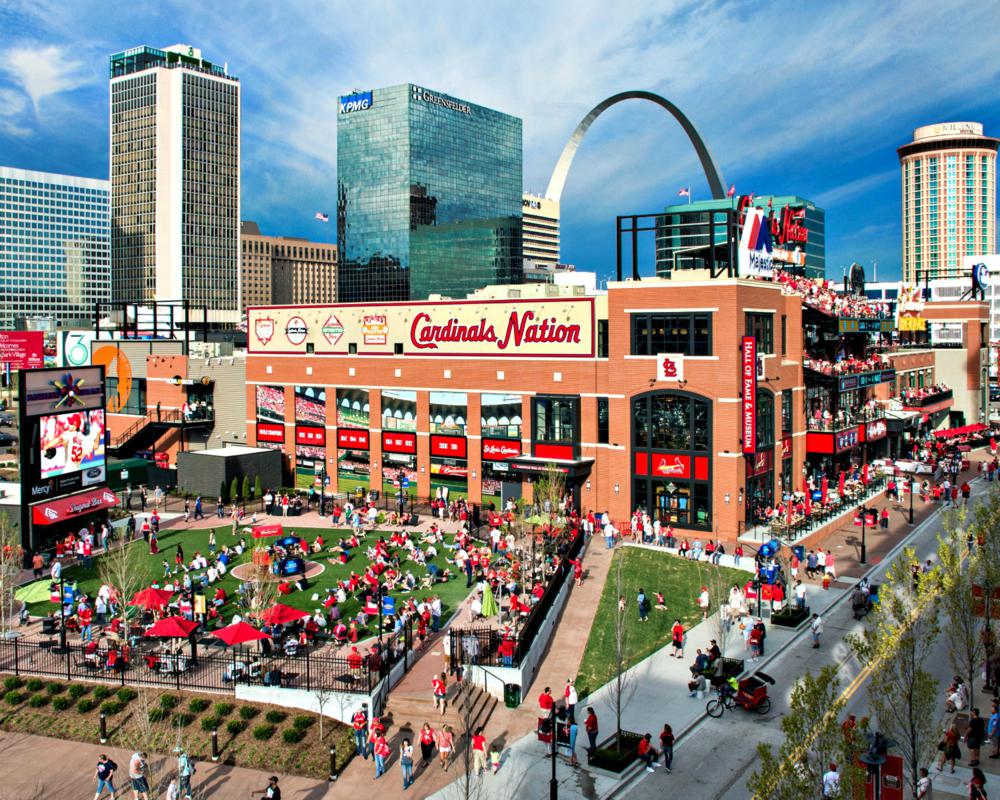 Any serious baseball fan will love the Cardinals Hall of Fame, probably the best baseball museum after the one in Cooperstown, New York. Spotlighting greats of the past and presenting video clips of key games, it often brings tears and goosebumps to eyes of Redbird fans.

In the museum’s “Holding History” area, you can view a World Series ring up-close or slip on plastic gloves to pose with a bat that was swung by players such as Ozzie Smith, Lou Brock and Yadier Molina. A radio broadcast booth lets you call the play of your choice from six historic games and then listen to the recording. At an interactive touch screen kiosk, visitors can view information on Cardinals managers such as Red Schoendienst, Whitey Herzog, Tony La Russa and Mike Matheny. Their uniforms, shoes and other memorabilia are on display.

One exhibit recalls the Mark McGwire-Sammy Sosa home run race of 1998. You can sit in a stadium seat and watch a video of McGwire’s 70th homer. 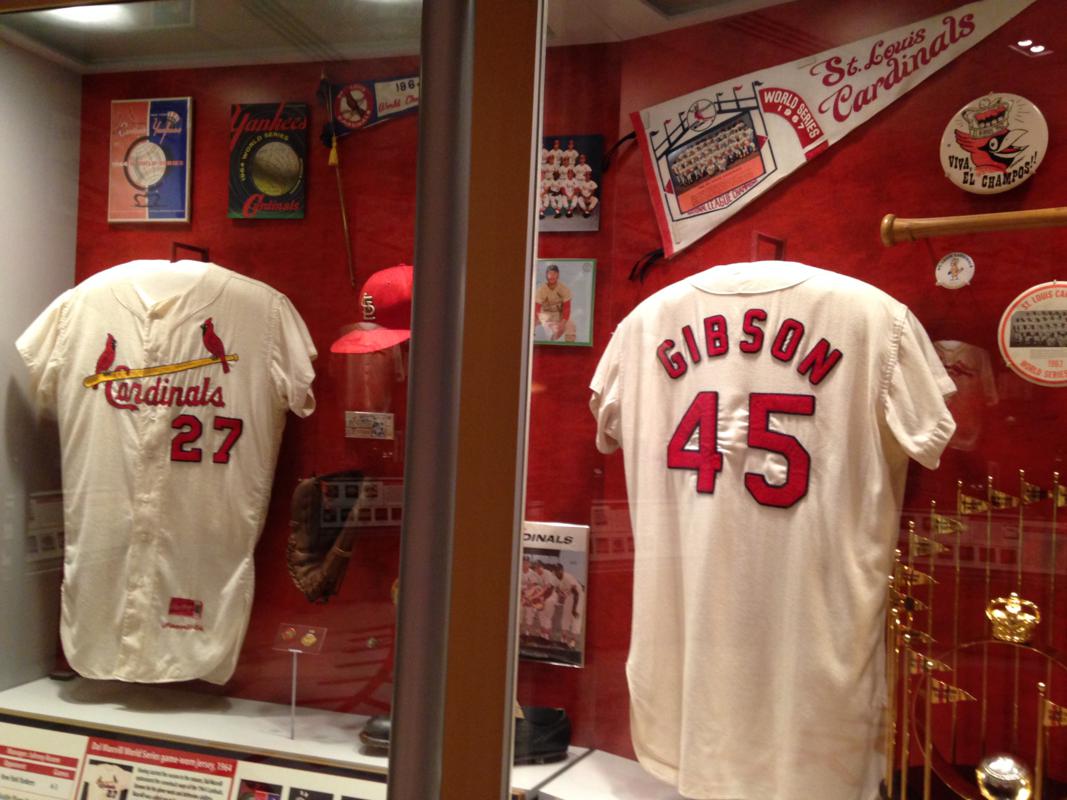 Fans are reminded that Musial, the greatest Cardinal of all time, was a three-time winner of the Most Valuable Player (MVP) award and seven-time National League batting champion with a career average of .331. When Musial retired after a 22-year career, he led the league in at-bats, games played, runs, hits, doubles and RBIs. You’ll see the 1943 contract he signed, his 1948 MVP plaque and the Presidential Medal of Freedom (the nation’s highest civilian honor) that he received in 2011, two years before his death at the age of 92.

A baseball buff’s visit to St, Louis is not complete without a tour of Busch Stadium, where guests are allowed to walk on the edge of the field, visit the press box and pose for pictures in the Cardinals’ dugout. Other highlights are the World Series trophies (for 1967, 1982, 2006 and 2011) and souvenir scorecards displayed in the stadium’s exclusive UMB Championship Club (only 450 tickets available each game). The Cards, you learn, have earned 11 World Championships; they also won in 1926, 1931, 1934, 1942, 1944, 1946 and 1964—before trophies were given out.

Other stops on the tour route include the elite Cardinals Club (for season-ticket holders) and Redbird Club, a private, air-conditioned area for 3,000 fans that includes a reserved seat outside and inside stands with food for purchase. The latter is decorated with oversized versions of vintage baseball cards from the collection of Cardinals owner Bill DeWitt Jr., all depicting former Cardinals.

The one-hour stadium tour, offered year-round, is wheelchair- and stroller-accessible. Save money on combo tickets that include both the Hall of Fame and stadium tour.

The current Busch Stadium, with a seating capacity of 43,000 and standing room for 3,000, replaced the one that existed in the same location from 1966-2005. Anheuser-Busch sold the Cardinals in 1996 to concentrate on the beer business but retains naming rights to the ballpark.

The outdoor plaza at Ballpark Village is called Busch II Infield in recognition of the previous Busch Stadium (the second of three bearing that name) that once stood on the site. A jumbo LED screen carries the game being played across the street, and there’s a stage for live entertainment. 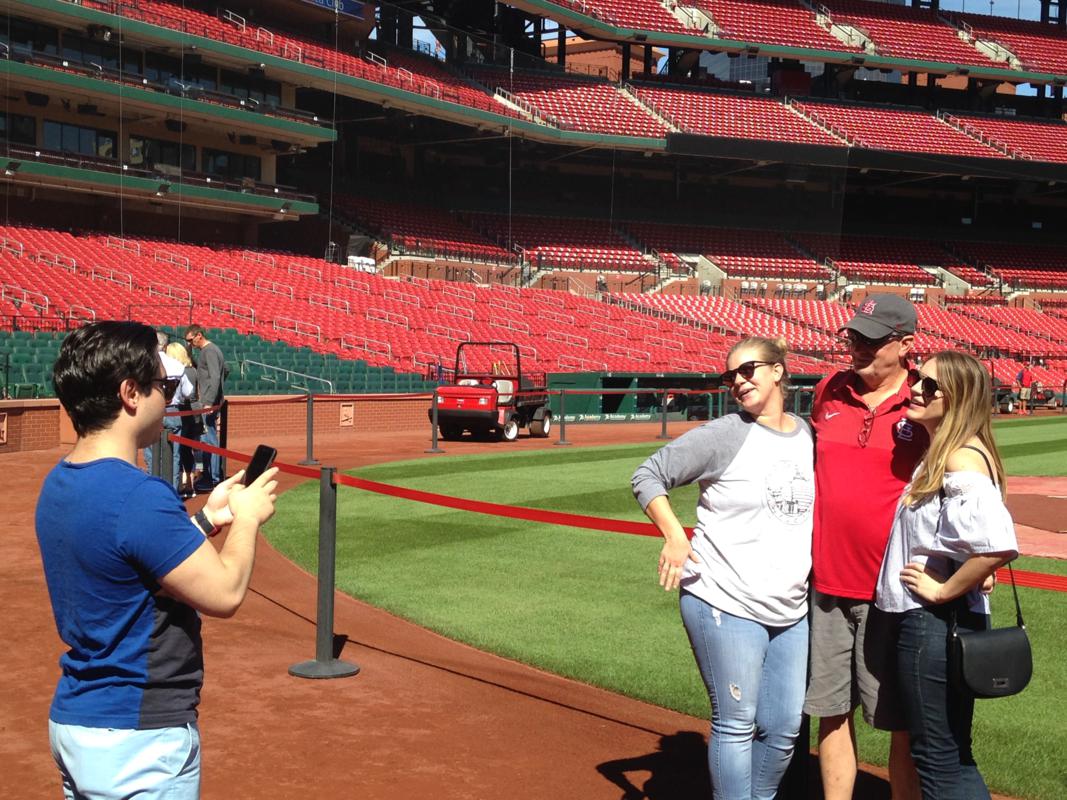 Besides ballpark fun, our second favorite pastime in St. Louis is taking the free brewery tour, complete with samples afterwards, at the historic Anheuser-Busch plant just south of downtown. Included is a visit to the 1885 stables housing the Budweiser Clydesdales. If it’s mealtime, consider having lunch or dinner at the indoor-outdoor Biergarten restaurant.

On our St. Louis baseball vacation last summer, we stayed at a downtown hotel just blocks from the ballpark. The Drury Plaza Hotel St. Louis at the Arch offered a convenient location and view of the riverfront’s Gateway Arch, but better yet, the room rate at Drury hotels includes a buffet breakfast and buffet dinner in the lobby. Kickback, the free evening meal deal (5:30-7 p.m.), features items like tacos, hot dogs and chili, along with soup and salad—plus soft drinks and tickets for up to three complimentary alcoholic beverages.