Arkansas’ Trail of Holiday Lights Has Towns Sparkling for the Holidays 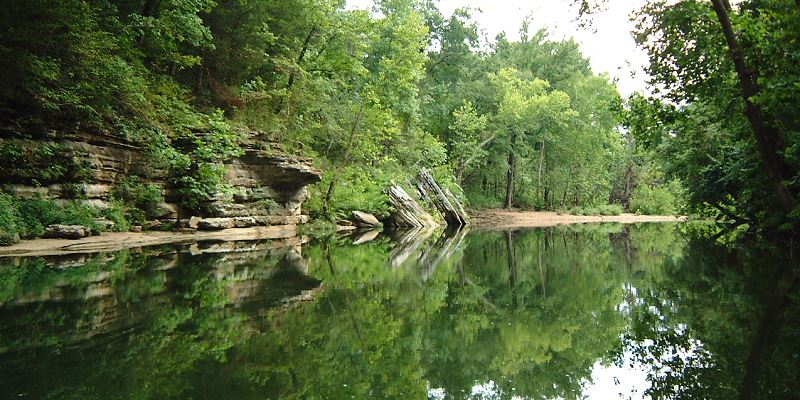 The Trail of Holiday Lights across Arkansas is dazzling. More than 60 communities join in the celebration, which begins the week of Thanksgiving and lasts through the Christmas holiday. Cities and towns host official lighting ceremonies, parades, pageants, music and more.

Participate in a festive parade. Lace up your ice skates for a twirl around the rink. Cozy up with loved ones while sipping apple cider. Sing along with your favorite Christmas carols. Spread holiday cheer and create lasting memories.

Communities are encouraged to go to the Arkansas Trail of Holiday Lights Facebook fan page to share photos and offer insider tips on their town’s activities. It’s a great way to spread the holiday cheer and create lasting memories.
The trail has continued to grow every year since it began in 1996. It has been selected as a Top 100 Event for 2011 by the American Bus Association.

Free copies of the Trail of Holiday Lights brochure with specific information about displays all over the state are available across Arkansas at all Bank of America locations, Best Western Hotels, Shell Superstops and Arkansas Welcome Centers.

In the Ouachitas, on the shores of Lake Hamilton, Garvan Woodland Gardens is a 210-acre botanical garden containing streams, waterfalls, stone bridges, native plantings and a bird sanctuary. During the holidays, more than 1.8 million holiday lights illuminate the gardens each evening, transforming the woodland landscape into a winter wonderland of delight. The Evans Children’s Garden provides a special natural play area just for kids. The glorious Anthony Chapel on site is a striking glass-and-wood structure popular for weddings.

After the holiday twinkling of lights, take in the stage lights of the newly remodeled Arkansas Repertory Theatre in Little Rock. Enjoy all the nostalgia of the holidays wrapped up in a lively musical retelling of a Charles Dickens classic with unexpected Broadway flair. “A Christmas Carol, The Musical!” will surprise and delight those who are familiar with the original, while entertaining the entire family with a holiday classic and an experience they’ll not soon forget.

Arkansans love to feed and entertain guests by spotlighting our famous food. Our culinary experts have introduced new fare to the world, as well as put their own spin on Southern classics.

For example, Brown-and-Serve Rolls, a holiday staple for many, were introduced to the world by Meyer’s Bakery of Little Rock in the 1930s. Also, the first fried dill pickles ever sold anywhere were at the Duchess Drive-In in Atkins, summer of 1963, at 15 cents an order.

Our legendary mouth-watering barbecue and catfish are served with flair in Delta diners and at famed BBQ spots throughout the state, representing Southern hospitality cooking at its finest. Master chefs and Southern cuisine restaurateurs serve up delicious dishes in beautiful restaurants and hometown eateries. Several have achieved iconic status.

McClard’s Bar-B-Q in Hot Springs, made famous by former President Bill Clinton, offers meats pit-smoked daily on the premises. It’s also known for its sauce, coleslaw, beans and hot tamales, all made from scratch from old family recipes. In Little Rock, Doe’s Eat Place is known for huge steaks and homemade tamales. It gained national renown during the 1992 presidential election campaign, when Clinton staffers made it their hangout. Feltner’s Whatta Burger in Russellville is not part of the big chain of the same name, but is the place to go for custom-made hamburgers, french fries, malts, milkshakes and cones. The award-winning Couch’s Corner Bar-B-Que in Jonesboro is the oldest restaurant in town, having opened in 1970.

Just about every type of cuisine is available throughout all 75 counties in Arkansas. The state’s agricultural heritage influences much of the Southern food that can be found here. Contrary to what you may have heard, not everything is fried. Healthy options are readily available, many made from locally grown produce. You can try your hand at preparing fresh dishes after shopping in any of the seasonal farmers markets offered in every section of the state. There are options in Little Rock, Mountain Home, Harrison, North Little Rock, Pine Bluff, Fayetteville, El Dorado and Benton, just to name a few. Our local recipes have names you can pronounce made with ingredients most people keep on hand.

From only-in-the-South cooking to some of the best brews and wines of our times, Arkansas is packed with flavor. Spirits are not just for the holiday season in The Natural State. One of the little-known facts about Arkansas: it’s the oldest wine-producing state in the South.

Back in 1880, European families settled in the Arkansas River Valley, attracted by its fertile, sandy soil and moderate climate. Two were pioneers of the American wine industry: Jacob Post, who came to America in 1872, and Johann Wiederkehr, who immigrated to Altus from Switzerland in 1880. Area conditions reminded them so much of the fine wine-making regions of Germany and Switzerland that they each established vineyards, which became the beginning of a wine heritage and viticulture in Arkansas. Wine was made from grapes, berries and fruit native to their new homeland.

Since those early years, each added new grape varieties and cultivated, improved and expanded their vineyards. Today, fourth and fifth generations of these two families, plus Robert Cowie and Audrey House, have contributed to making Arkansas the largest and oldest wine-producing state in the South. Paris, Ozark, Wiederkehr Village and Altus are located in Arkansas Wine Country, near where the Arkansas River winds between the Ozark Mountains and the Ouachita Mountains.

No matter where you stay and play in Arkansas, you’ll find celebrations of our state’s bounty and diverse cultural heritage in food, wine and community events. Southern festivals and cook-offs are abundant, giving residents and visitors the opportunity to sample local favorites or showcase their cooking talents.

Praise the purple hull pea at the annual July festival in Emerson. Don’t miss the World’s Championship Steak Cook-off in Magnolia each May. Tout the tomato at the Pink Tomato Festival in Warren. Salute spinach in Alma. Glorify the grape at annual festivals held in Altus, Wiederkehr Village and Tontitown. Marvel at the melons during Hope’s annual Watermelon Festival. Rallies for rice, one of Arkansas’s largest crops, are held in Weiner and Hazen.

From gumbo to spinach, ribs to chili and tomatoes to peaches, Arkansas is home to a feast of offerings. You don’t have to worry about leaving hungry.

From the bubbly of the River Valley to the bubbles of Hot Springs, The Natural State is effervescent. Bathhouse Row consists of eight bathhouses built between 1911 and 1923. The Fordyce serves as the national park visitor center and museum of the bathing industry. The Buckstaff has operated continuously since 1912. The Quapaw has been renovated into a modern day spa.

The Ozark houses the Museum of Contemporary Art, which proudly displays unique pieces to create a one-of-a-kind experience. The Ozark Bathhouse derived its name from the surrounding mountain range, then considered to be a part of the Ozarks, but now known as the Ouachita Mountains. It features artists from all over the world with major exhibits changing quarterly and something new every few weeks.

The power of art combined with the beauty of nature shines in Bentonville. Crystal Bridges Museum of American Art celebrated its Grand Opening to the public November 11. Founded in 2005 by the Walton Family Foundation, Crystal Bridges has a growing collection of art comprised of American paintings and sculptures from the Colonial period through the modern era.

The museum takes its name from a nearby natural spring and the bridge construction incorporated in the building design by world-renowned architect Moshe Safdie. A series of pavilions nestled around two creek-fed ponds houses galleries, meeting and classroom spaces, and a large, glass-enclosed gathering hall. Sculpture and walking trails link the museum’s 120-acre park and gardens to downtown Bentonville.

Crystal Bridges continues building its permanent collection through the efforts of its professional staff, as well as important gifts from private collectors such as Alice Walton and others. The collection features American masterworks which will be on view to the public year-round. The museum also displays a changing array of special exhibitions featuring art from museums and collections throughout the region, the nation and abroad.