Alaskan adventure is not limited to the outdoors. The state has a variety of museums to provide insight into the history and lore behind this great wilderness. If your group is seeking a day-long museum excursion or a quick break from the chilly air, listed below are some of the most notable museums Alaska has to offer:

University of Alaska Museum of the North

As the only research and teaching museum in Alaska, the Museum of the North in Fairbanks features nearly 1.5 million artifacts and specimens. Ten categories can be found in the museum, including archaeology, earth sciences, fine arts, insects, mammals and plants.

The Gallery of Alaska exhibit takes an in-depth look into the five major regions of Alaska, examining the objects, people and history of each. Audio guides are available for rent.

The Rose Berry Alaska Art Gallery allows visitors to view modern and ancient Alaskan artwork. The gallery spans 2,000 years of objects, including ivory carvings, native objects, paintings, photographs and sculptures. The museum itself is a work of art that was designed to echo the alpine wilderness, constructed with sleek lines, light and open spaces and glacier-like walls. (www.uaf.edu/museum)

This museum, located in Anchorage, is dedicated to preserving and displaying Alaska’s aviation history. Because the museum is so specialized, it is very small and is ideal for a quick trip.

There are four areas to explore: inside galleries, hangars for storage and restoration and grounds outside for larger aircraft. The storage hangar is filled with military aircraft, some newly restored and others in different stages of decay. The restoration hangar shows volunteers in the process of fixing up the planes to their original splendor. Visitors enjoy heading outside to watch planes take off over Lake Hood. (www.alaskaairmuseum.org)

The Alaska State Museum in Juneau is the official storehouse for the state’s historical artifacts and is most notable for its exhibits of Alaska’s native residents, including the Inupiaq, Athabascan and Aleut cultures.

The second floor contains the museum’s historical galleries, which trace Alaska’s story from its discovery by Russia in 1741. Relics from settlement life, weaponry and religious icons as well as commemorative displays from the American purchase and gold rush can also be found in the galleries.

One of the museum’s newest permanent exhibits is the Science on a Sphere earth representation. The model earth, six feet in diameter, is operated by computers and video projections to display atmospheric storms, climate progression and oceanic temperatures. (www.museums.state.ak.us)

Museum of the Aleutians

The History of the Aleutian Islands, a permanent exhibit, showcases artifacts, images and quotes from prehistoric times to the present. Visitors can catch glimpses of Unangan life during the transition to a United States territory, the difficult World War era and history of vital Aleutian fisheries.

The museum also has an educational outreach program that aims to educate children and adults of all ages. To do this, the museum hosts guided tours, exhibits, field trips, lectures and exhibits for the community that also cater well to groups. In an effort to further inform visitors on marine biology and the fishing industry, the Museum of the Aleutians has teamed with the UAF Marine Advisory Program. (www.aleutians.org) 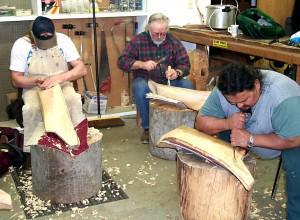 Located in Ketchikan, the center is a quick stop on the scenic two-mile Ketchikan Walking Tour, which includes more than 20 other stops such as the Deer Mountain Hatchery and the Ketchikan Creek and Falls.

Established in 1976 to preserve endangered totems more than 100 years old, the center also functions as a preservation location for the creative objects of the Tlingit, Haida and Tsimshian cultures. Visitors to the center can view more than 30 of these preserved totems as well as Native American arts and crafts. (www.city.ketchikan.ak.us/) 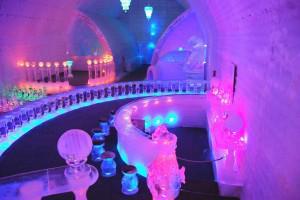 Fairbanks is the capital of the World Ice Art Championships, and a stop at this Ice Museum is a Fairbanks group trip staple. The museum is the only one of its kind in the United States, and one of only a few worldwide.

Museum highlights include an ice bar, gallery, ice fireplace and an ice chandelier, which is made of individual ice crystals and illuminated by color-changing lights to mimic the Northern Lights. The bar stools are covered in cozy fur, and drinks are served up in ice martini glasses.

Thanks to a unique geothermal absorption chiller, the museum withstands even the hottest summer temperatures and has more than 10,000 visitors each summer.

Sculptures include a life-size chess set, a jousting battle and the Coca-Cola bear. There is also a carved chapel altar where many weddings have taken place since its inception. (www.chenahotsprings.com) 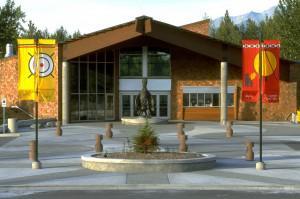 Alaska’s diverse cultures come together at the Alaska Native Heritage Center in Anchorage. The center utilizes workshops, tours and demonstrations in both indoor exhibits and outdoor villages.

The Hall of Cultures showcases Alaska’s indigenous cultures through photos, tools, watercraft and clothing. Outdoor village sites allow for an opportunity to speak with the people belonging to each tribe. Visitors can watch tribal dances and other authentic presentations. (www.alaskanative.net)

Groups seeking Alaska as a vacation destination are undoubtedly seeking the serenity of a quiet lake, the adrenaline of a steep slope or the mystery of an ancient forest. But the history behind Alaska’s vast boondocks is as rich and rocky as the land itself. Alaska’s museums give a voice to the state’s earliest inhabitants, its cultural progression and its magnificent landscape.