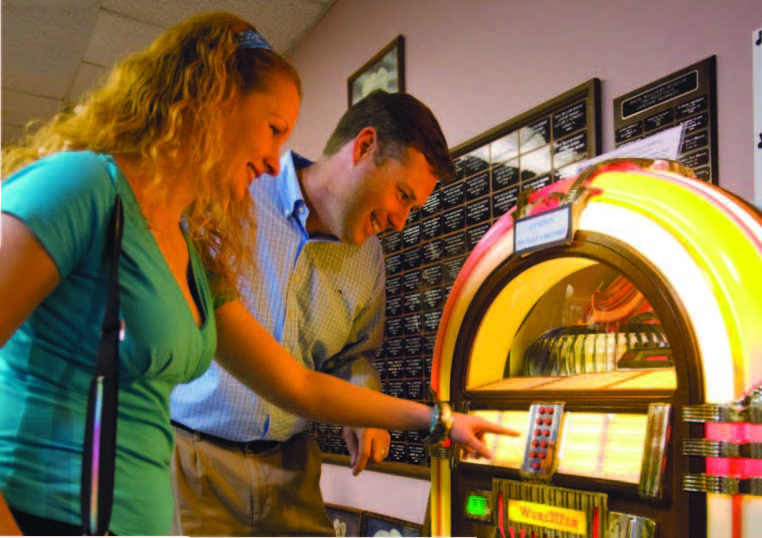 Historic sites throughout the state make Alabama perfect for a music lover’s pilgrimage. Here are a few suggestions to get you started.

The music scene in Muscle Shoals began in 1959 with the opening of Alabama’s first professional recording studio, FAME Recording Studios, Inc. The studio’s 1961 Arthur Alexander recording “You Better Move On” moved to #24 on the charts and the hits just keeps coming. R&B, pop and country artists with names like Aretha Franklin, the Osmonds and Jerry Reed have all recorded at FAME. Today’s artists continue with recording sessions that feature the current beat. Tours are available.

From the late 1960s through the 70’s, Art Garfunkel, Paul Simon, the Staple Singers, Bob Seger and Bob Dylan each had a recording on the U.S. Pop Chart Top 25. The one thing they all have in common—each was recorded at the original Muscle Shoals Sound Studio. Now on the National Register of Historic Places, the studio is home to the Muscles Shoals Sound Studio Museum. It’s a great photo op for any tour to the area.

In nearby Tuscumbia is the Alabama Music Hall of Fame, which represents all styles of American music. You’ll discover the stories portrayed in exhibits and memorabilia of Alabamians who made their mark on music. Muscle Shoals natives W.C. Handy (“Father of the Blues”), Percy Sledge and Sam Phillips (“Father of Rock and Roll”) are among the 1,000 stars portrayed. Private group tours are available.

In 1978 the Muscle Shoals Sound Studio moved into a converted Naval Reserve building, where the recording of gold and platinum records continued. The building is now the Cypress Moon Studio, a film production company. The historic recording studio is still being used today. Tours can be arranged.

This interesting community can be explored at Pathways: Walk Through the History of Muscle Shoals. Located in a designated corridor within City Hall, it’s a great introduction to the city’s history, including Muscle Shoals music. 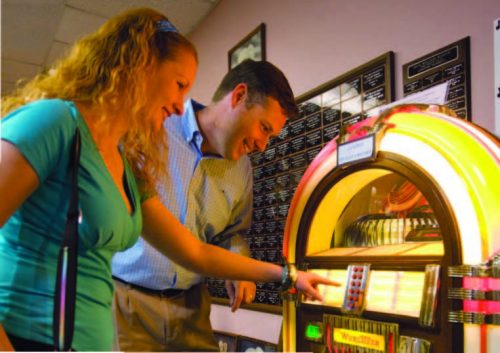 Alabamian Hank Williams, Sr. was one of the first people inducted into the Country Music Hall of Fame. In only 29 years of life he composed and recorded classic hits like “Hey Good Lookin,” “Your Cheatin’ Heart” and “Cold, Cold Heart.” He was country music’s first big star and sold more than 10 million records from 1947 to 1953.

The Hank Williams, Sr. Boyhood Home & Museum in Georgiana offers a glimpse at the legend’s early surroundings through personal belongings and exhibits that chronicle the family’s hard times, a reason why Hank may have turned to music. It was a black street singer/musician who taught Hank to play guitar.

The 38th annual “Salute to a Legend,” The Hank Williams Festival will be held June 2-3, 2017 on the grounds of Hank’s Boyhood Home & Museum in Georgiana. The 2016 festival featured a dozen musical groups, including Mickey Gilley, Brad Magness and Jett Williams.

If you’re a country music fan, the Hank Williams Museum in Montgomery is a must stop. It’s a journey into the life and times of this country music superstar. More than 35 showcases exhibit Hank Williams, Sr. memorabilia, including performance suits, portraits, guitars, sheet music, records and Hank’s 1952 Baby Blue Cadillac convertible. His gravesite is in nearby Oakwood Cemetery.