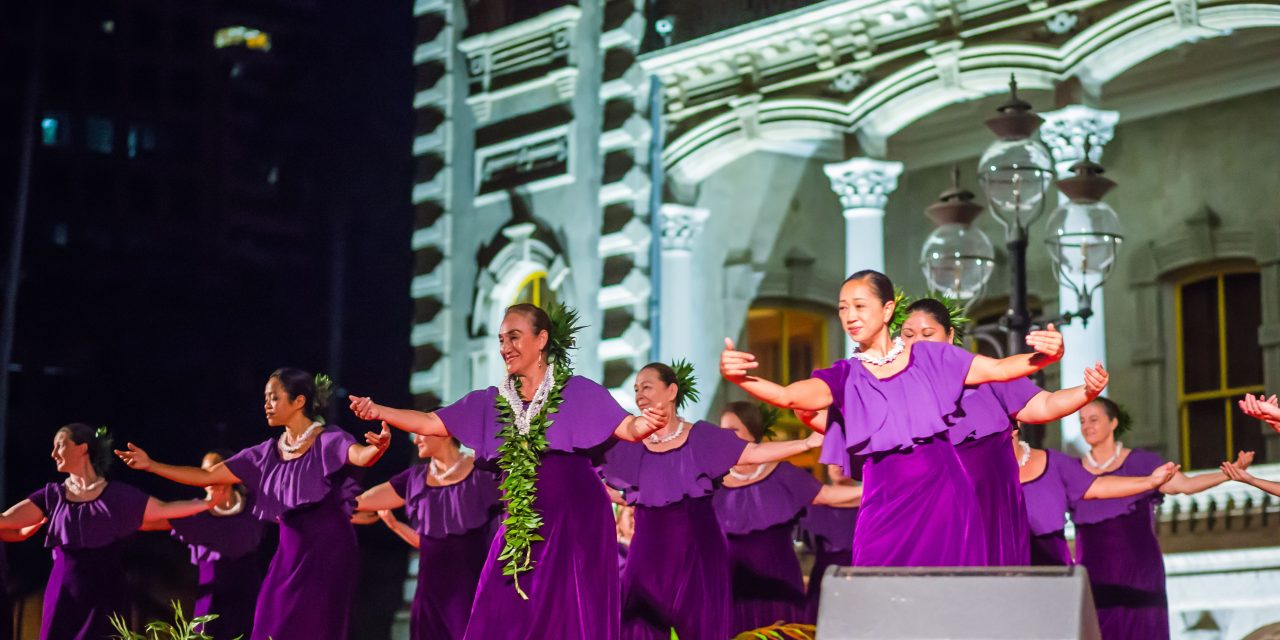 As tribal tourism makes a comeback, Indian Country looks toward the future

The devastation the global pandemic inflicted upon the travel and tourism industry has been widely reported.

What’s far lesser known though, is the impact it had on Native American tourism.

In March of 2021, President Joe Biden signed the American Rescue Plan into law. Under the plan, the U.S. Economic Development Administration was allocated $3 billion in supplemental funding to assist communities nationwide in their efforts to accelerate the economic recovery from the COVID-19 pandemic. That plan saw $750 million in funds allocated to support state tourism grants and $510 million in non-competitive awards sent to help states invest in marketing, infrastructure, workforce and other projects to rejuvenate leisure, business and international travel.

None of those funds went to Native American tourism.

“Five hundred million went out to states and territories and Native tourism didn’t get any of the money,” said Sherry Rupert, chief executive officer of the American Indian Alaska Native Tourism Association (AIANTA). “We met with the EDA to advise them of this unique situation and when the money was awarded, we were left out of that. It was very difficult because we’ve all heard about the devastating impact of tourism across the nation but multiply that tenfold for Indian Country.” 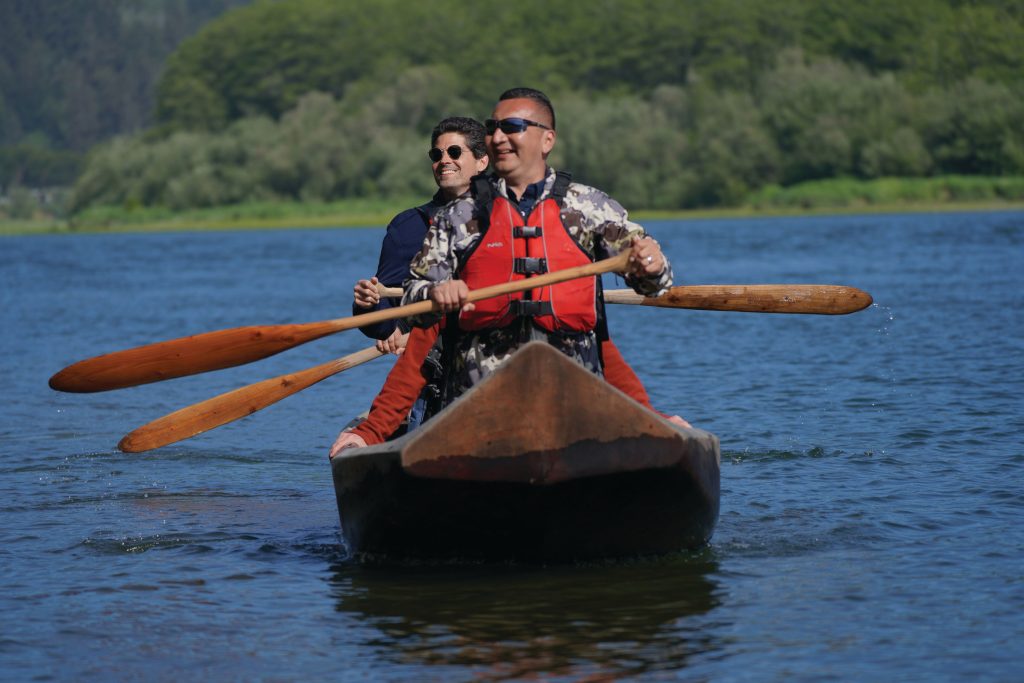 As the Native American community rebounds from the pandemic, AIANTA is doing its part to help. Photo courtesy of AIANTA.

“We are set up differently from the rest of the tourism industry,” Rupert said. “We are not part of the nationwide tourism infrastructure. It was the hope that the tribes would work with state DMOs, but hope is not a strategy. Some tribes have a great relationship with DMOs and have received support but predominantly across the country, that is not the case. We are working on that relationship, but these are once-in-a-lifetime funds that we will never see again and that could have made an impact on Indian Country.”

As the Native American community rebounds from the pandemic, AIANTA is doing its part to help. For nearly two decades, AIANTA has served as the national voice for American Indian nations engaged in cultural tourism. In addition, AIANTA provides technical assistance and training to tribal nations and native-owned enterprises engaged in tourism, hospitality and recreation. With 574 federally recognized tribes across the country, AIANTA has a huge number of Native Americans to represent.

“We are the only native organization in this country to advance tourism for Native Americans,” Rupert said. “We act as a DMO for Indian Country.

“AIANTA was created because native people understood that because tribes don’t always pay into the room tax, which funds tourism across the country, Indian Country is not receiving those funds and the state tourism offices and local CVBs aren’t mandated to work with tribes to market them,” Rupert said. “We don’t receive room tax funds either, but depend on our work with federal partners and have to make do with what we have.”

According to a recent AIANTA Indigenous Tourism Businesses Report, cultural tourism, which is vitally important to Native Americans, was thriving prior to the pandemic.

Some of the key findings of the report include:

“In this last year, we released some data from our first study of the economic impact of native tourism,” Rupert said. “We were excited to learn that we had some big numbers like that.

“Tourism supports cultural workers that are sharing their culture and traditions,” Rupert added. “If a visitor wants to visit Indian Country, they are supporting all of those cultural people in the communities. For visitors, tourism is a great learning opportunity to help them understand our native people across the nation. I think through tourism, we are able to dispel some of those stereotypes and myths about native people.” 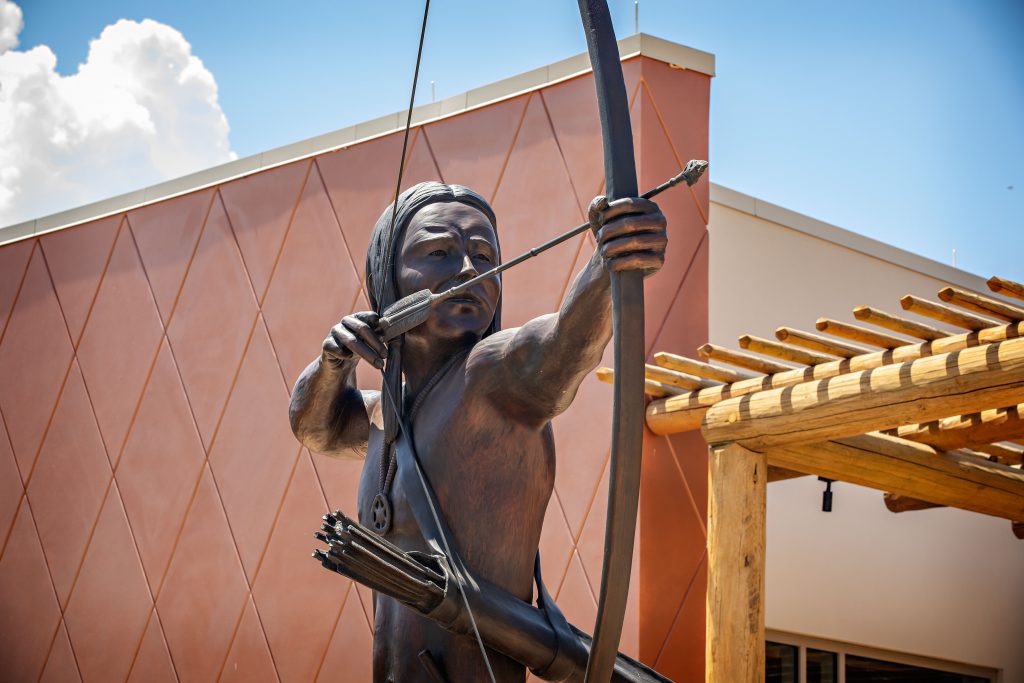 With 574 federally recognized tribes across the country, AIANTA has a huge number of Native Americans to represent. Photo courtesy of AIANTA

While the tribal tourism numbers were severely stunted by the pandemic, Native American tourism is on the upswing, as evidenced by AIANTA’s recent partnership with the National Park Service. According to the NPS, the organization and AIANTA have entered into a cooperative agreement to help facilitate regular, robust and meaningful dialogue between tribes and the NPS. This partnership will ensure the perspectives, voices and traditions of indigenous communities are incorporated into exhibits, outreach and cultural tourism programs in national parks.

According to the National Park Service, recreation visits to all of the country’s national parks totaled more than 297 million visitors in 2021, up from 237 million in 2020. This is good news for Indian Country, which figures to benefit from the increase in tourism.

And it’s good news for prospective travelers who want to experience national parks, and other areas across the country from a different, more authentic point of view.

“You can visit the Grand Canyon but when you have a place like the Desert View Watchtower Area (located on the South Rim of the Grand Canyon), where the native people are talking about their connection to that place (11 tribes call the Grand Canyon home), it’s a totally different perspective,” Rupert said. “You may have been to the Grand Canyon, but you haven’t really been there yet until you see it through the eyes of a native.

“We have 574 tribes that are unique in structure, languages and tradition,” Rupert added. “If you are looking for something fun, authentic and new, you have to come to Indian Country. There are experiences you can get in Indian Country you can’t get anywhere else.”