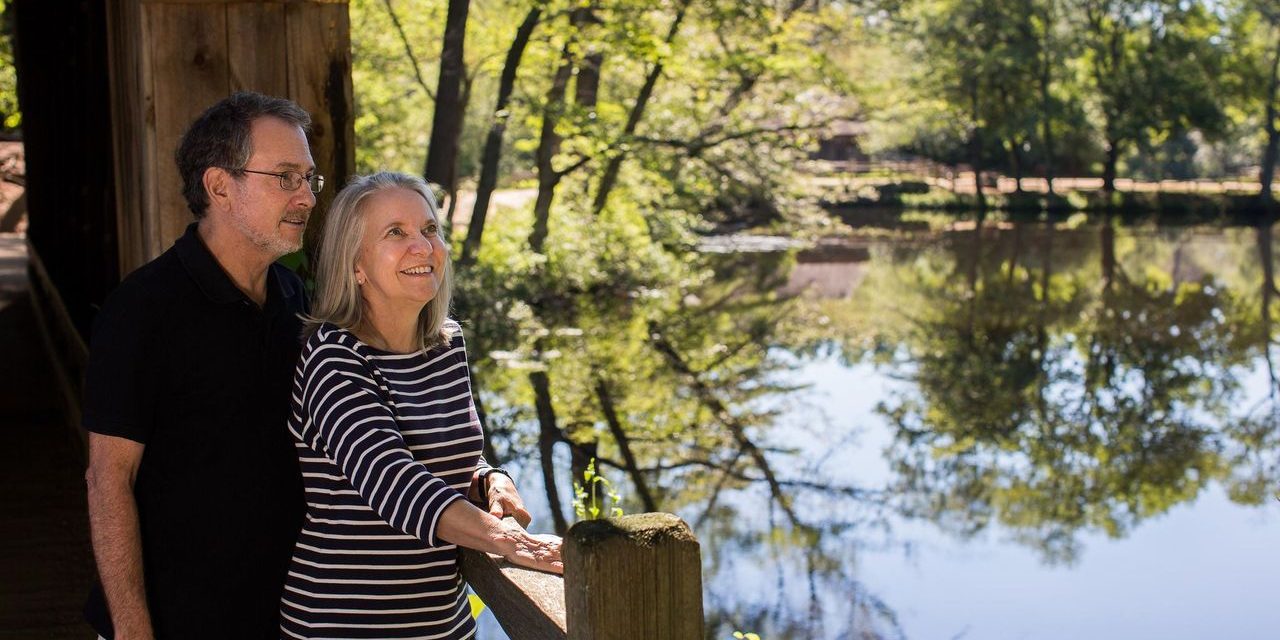 Albert B. Wells was an industrialist with a passion for “primitives,” the antiques he fondly referred to and began collecting in the 1920s. If it weren’t for a haphazard trip to New Hampshire, Wells might never have stumbled into that first antique store realizing his love for hand-wrought and historical items from earlier days.

His love for collecting eccentric artifacts started as an innocent hobby and became the catalyst for something glorious. As his mansion and two barns eventually filled to the brim with his treasures, A.B. and his wife moved from their Southbridge home, and he and his brothers, Channing and Cheney, purchased Quinebaug Farm in south-central Massachusetts. Their vision was to create a living museum that would bring 19th-century New England alive, stocked with everything A.B. had collected over the years, and share his wonders with the world. 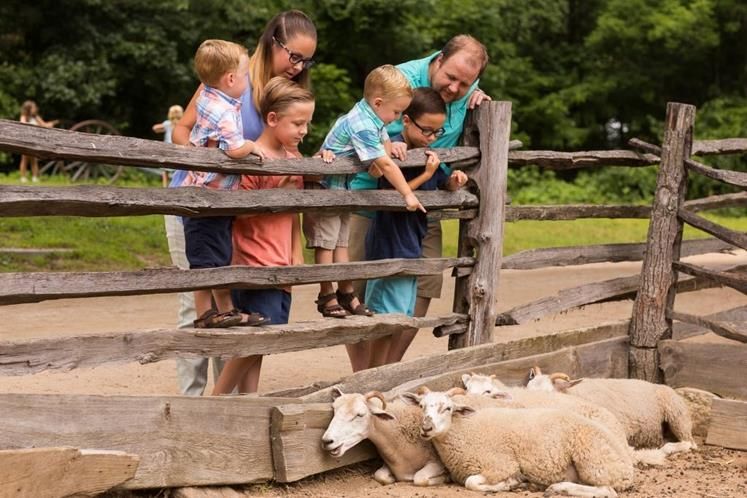 Soon after, a storybook town emerged encompassing early 1800s rural New England. Old Sturbridge Village is a museum like no other, bringing to life a time capsule of strength, perseverance, survival, and robust change during the Industrial Revolution. Glimpse the lives of families and laborers who comprised the community through living exhibits and costumed interpreters portraying early settlers.

According to Maryann Bubala, social and content producer at the Village, “Adult groups visiting Old Sturbridge Village will be immersed in a re-created early 19th-century rural New England community where guests are invited to explore 200+ acres and more than 40 historical buildings, chat with costumed historians as they work the tasks of the past, and hear stories of early 19th-century rural New England life.”

“On any given day,” Maryann said, “visitors can see the blacksmith, potter, cabinetmaker, and printer at work, catch special music or storytelling performances, smell the aroma of food cooking over the hearth, learn how textiles are processed from raw materials to finished clothing, visit with cattle, sheep, pigs, and chickens, take a horse-drawn carriage ride, and more.”

The Village is parceled into three areas – the Center Village, the Mill neighborhood, and the Countryside featuring buildings, covered bridges, and structures that were relocated from New England towns throughout Maine, New Hampshire, Vermont, Connecticut, Rhode Island, New York, and Massachusetts with a few historically accurate replicas added for provenance. In this hybrid museum, groups can delve into old-century New England history in a memorable way.

In 2021, the Village celebrated its 75th anniversary and unveiled its newest replica, the Cabinetmaking Shop. Witness the fusion of modern materials with past-time tools and techniques, taking inspiration from masterful cabinetmakers like Oliver Wight and Nathan Lumbard. 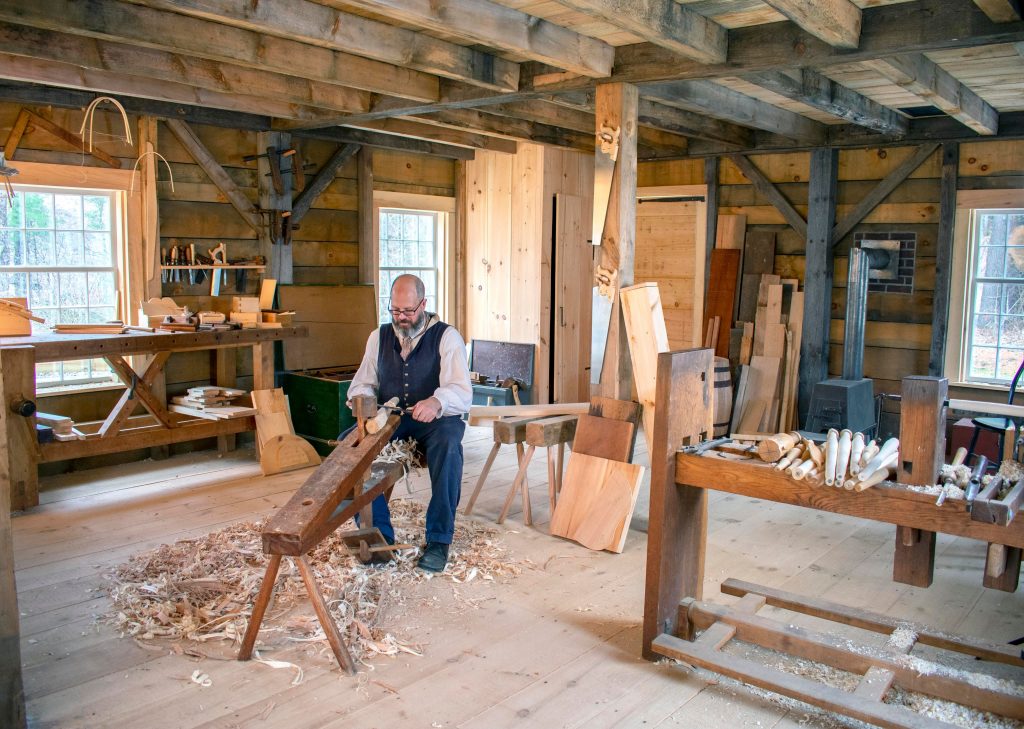 The Old Sturbridge Village boasts a water-powered Carding Mill circa 1840 relocated from South Waterford, Maine, and is the only one of its kind in existence today. These facilities brushed wool creating batting rolls for quilting and spinning yarn for clothing and other textiles. The oldest building on the property circa 1725 is the Fenno House which was relocated from Canton, Massachusetts, in 1949. See the massive working handloom it houses where you can watch the spinning process of yesteryear.

Take a peek at the Fitch House circa 1737 and see how the well-off lived. This Cape Cod-style Connecticut home reveals an ell kitchen, a quaint picket fence, a trellis adorned with climbing roses, and a flower garden blooming with color. This home is an example of how a prosperous tradesman’s family would have lived. Its antithesis, the Small House, is a 400-square-foot replica of the type of dwelling poor families, renters, colored folks and laborers would have stayed in.

While your group meanders the property, make sure to connect with any of the three nature trails offering unique perspectives of the Village. Take an experiential stroll along the River Walk and admire the scenic landscape, the Quinebaug River, and Wight Family Dam, the former owners of the Village property. As you wander the banks of the river, learn how the power of water is utilized to operate the carding, grist, and sawmills. Keep your eyes open for majestic Great Blue Heron, Mallard ducks, and other native wildlife. As the name hints, a trip through the Pasture Walk lends views of 19th-century grazing pastures where cows and sheep would have dotted the landscape. During the 1840s, New England settlers harvested hardwoods for lumber to make tools and furniture and clear the land for agricultural ventures. As you explore the Woodland Walk, notice the young beech, pines, and hemlocks replacing the cultivated mature trees harvested long ago and stone walls erected to corral livestock. Marvel at humongous boulders that hitched rides on ancient glaciers during the last ice age 12,000 years ago and were permanently deposited here.

Maryann adds, “Every season lends different magic to the Village with special events and activities planned throughout the year. Groups of 15 or more adults can take advantage of the adult group and motor coach rate of $20 per person.” The possibilities are endless at Old Sturbridge Village with living history, authentic artifacts, period-garbed historians and idyllic nature walks. Visit osv.org for more information and plan your trip today.