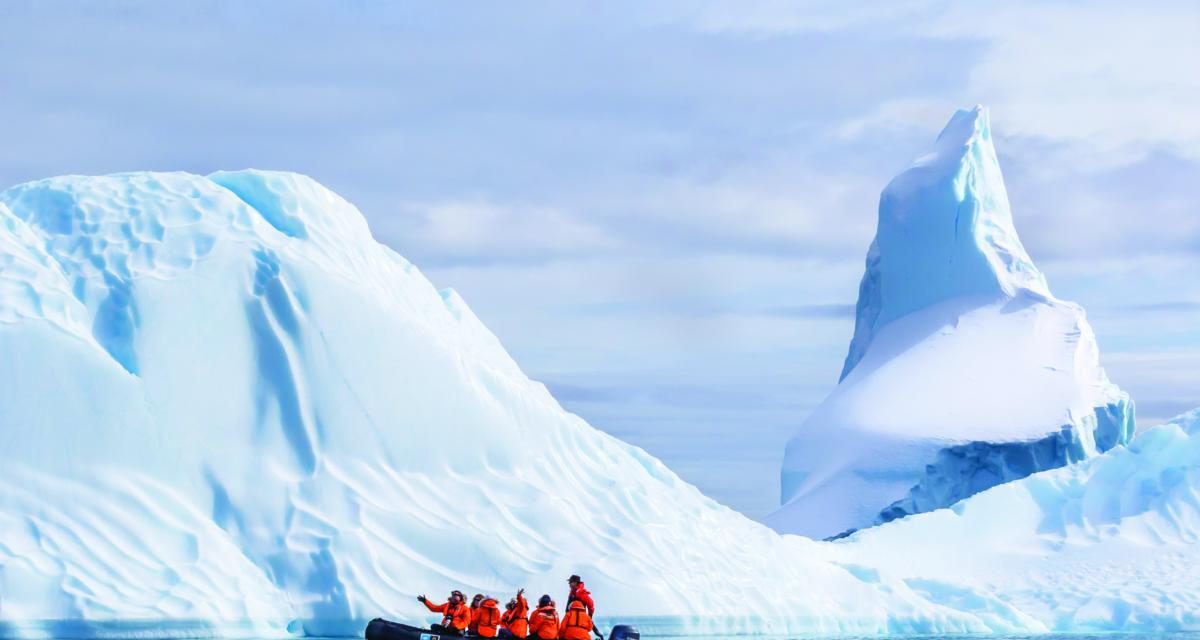 For clients who  have been everywhere or just want to venture off the beaten path, there are still places in the world that are ripe for discovery

Discriminating travelers are always looking for corners of the globe that have yet to be overtaken by mass tourism. Adventurous and culturally inclined, they seek the latest place, the new destination whose tourism is beginning to blossom. It might be remote Atlantic Ocean islands, a tiny African kingdom or an untrampled part of Europe off most peoples’ radar. The following destinations may soon appear— if they haven’t already—on the bucket lists of intrepid globetrotters with dreams to fulfill, countries to “collect” and experiences they can tell their friends and neighbors about. 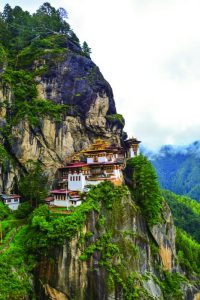 It’s remote, expensive and unknown to all but the most world-wise travelers, but this Himalayan paradise is getting more and more attention these days. In fact, it’s ranked No. 1 among countries to visit next year in Lonely Planet’s Best in Travel 2020. Declares Lonely Planet writer Joe Bindloss: “A dozen nations vie for the title of real-life Shangri-La, but Bhutan’s claim has more clout than most.”

Among Bhutan’s claims to fame: it is the world’s only carbon-negative country and in 2020 is expected to be the first fully organic nation. Flights to the international airport at Paro are available from India, Nepal, Bangladesh, Thailand and Singapore. The tiny mountain kingdom charges a high daily fee just to enter its beautiful, pine-scented confines, so that keeps the crowds away. Entry is possible only on an organized tour.

Trekkers in Bhutan take in views of snow-capped mountains and ridges crowned with Buddhist monasteries. Clinging to a sheer mountain wall, the must-see Taktshang Goemba (Tiger’s Nest Monastery) is worth the steep hike. Even in Thimphu, Bhutan’s fast-growing capital, mountain trails are just minutes away. As Lonely Planet’s Bhutan chapter reveals, “Bhutan’s people keep their mountain kingdom in pristine condition: litter is rare, pollution rarer, and the scent of blue pines wafts through the street like incense during one of the kingdom’s spectacular festivals.” 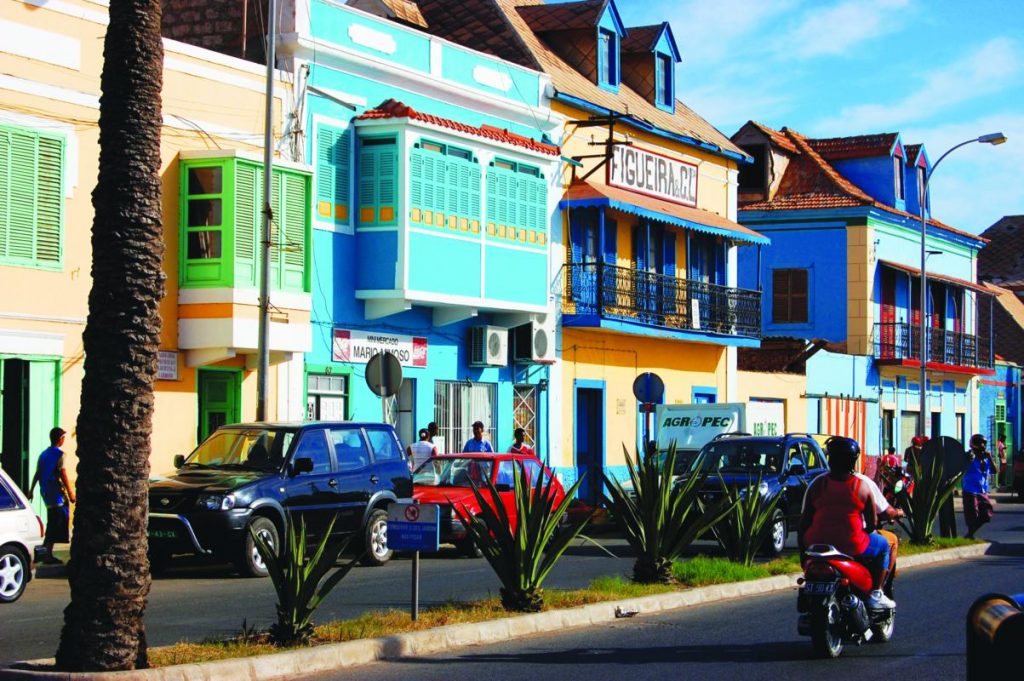 The town of Mindelo on the island of Sao Vicente, Cape Verde
Photo courtesy of Variety Cruises

A former Portuguese colony and slave trade outpost in the Atlantic Ocean west of Africa, this archipelago of volcanic origin offers a spellbinding blend of African and Portuguese influences in its architecture, food, customs and traditions. Blessed with crystal-clear waters and a pleasant year-round climate with temperatures around 70 degrees, the Republic of Cape Verde has diverse scenery, from verdant mountain ranges and jungles to volcanic terrain and wide, deserted beaches.

Variety Cruises’ 49-passenger megayacht Harmony V offers eight-day sailings (through March 2021) that visit six of the 10 main islands. Optional shore excursions visit beaches, colorful villages and well-preserved colonial cities, and there is ample time in each port, including overnights in some. The ship’s swimming platform allows guests to go snorkeling. Each cruise has an onboard naturalist. Variety Cruises, which was named World’s Best Boutique Cruise Line in the 2016 USA Today Readers Choice Awards, is the largest mega-yacht operator in the Mediterranean. 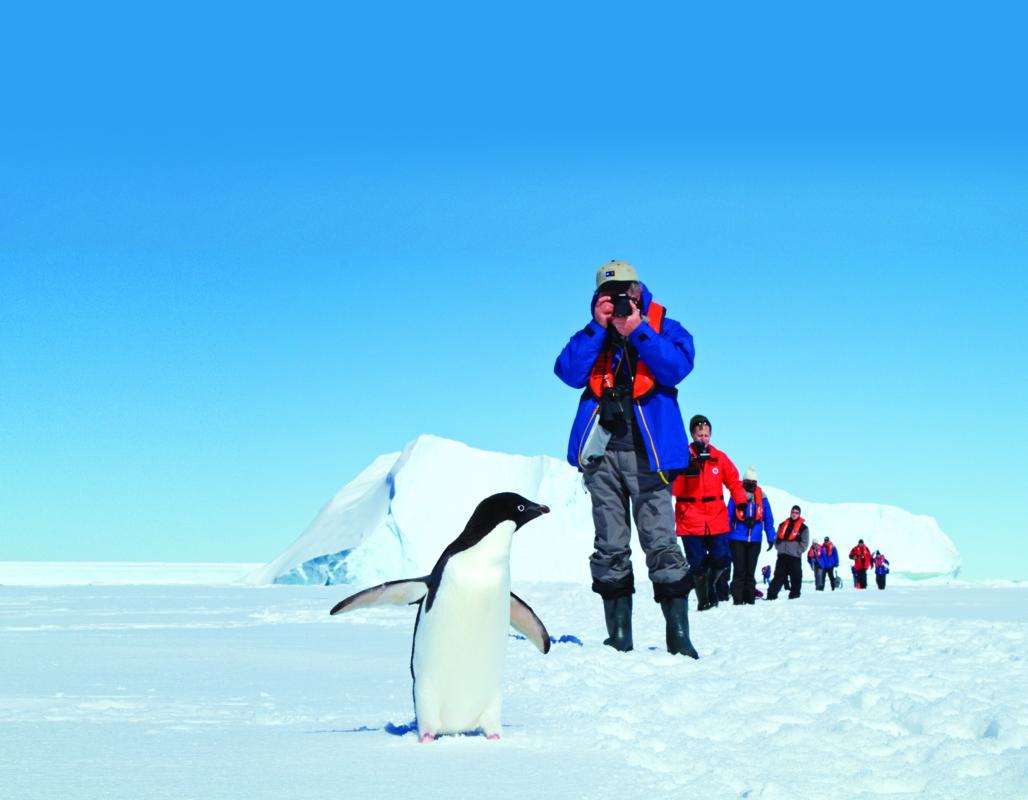 The seventh continent remains a bucket-list destination for travelers who have been to the other six, and the choices for cruise vacations to the land of penguins and icebergs continue to expand. The newest ships heading across the often rough Drake Passage from Uruguay or Argentina, en route to Antarctica, are more comfortable and technologically advanced than ever. Aurora Expeditions’ recently launched Greg Mortimer, carrying an average of 126 guests, is the first passenger vessel in the world to utilize the patented Ulstein X-BOW technology, an inverted bow design that enables a ship to pierce the waves of the Drake Passage with much greater stability than a traditional bow. The ship also boasts hydraulic viewing platforms that fold out for obstructed views of passing marine life and seabirds. Hurtigruten’s new hybrid electric-powered Fridtjof Nansen offers three restaurants and such amenities as a sauna, two hot tubs and an infinity pool; half of the 265 cabins have private balconies. Other companies offering Antarctica cruises include Ponant, Silversea, Seabourn, Lindblad Expeditions and Quark Expeditions. 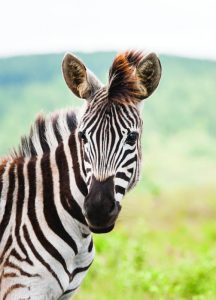 Newly named eSwatini (formerly Swaziland) presents a fresh destination for safari-goers. The land of King Mswati III, Africa’s last absolute monarchy, is rated by Lonely Planet’s Best in Travel 2020 as the fifth best country to visit next year. Matt Phillips, Lonely Planet digital editor on eSwatini, calls it “one of Southern Africa’s most underrated (and least visited) destinations.” Most travelers enter the kingdom by road from South Africa, but there are flights from Johannesburg to the new international airport.

With a strong commitment to wildlife conservation and a friendlier, safer feeling than its larger neighbor, little eSwatini offers a number of national parks and game reserves. The continent’s best rhino encounters (some on foot) take place at Mkhaya Game Reserve, a refuge for both the white and rare black species; the reserve accommodates guests in luxury, open-sided cottages. The country’s largest protected area, Hlane Royal National Park, boasts lions, leopards, elephants, giraffes and zebras as well as rhinos. Mountain trekking and whitewater rafting on the Great Usutu River are among the more adventurous options in eSwatini. 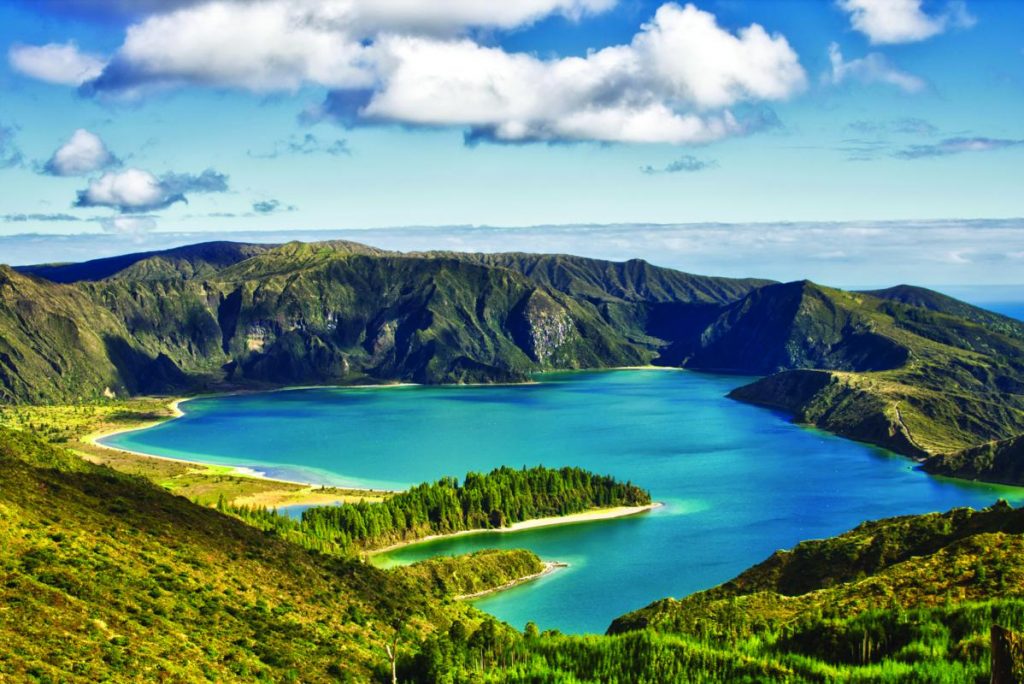 A volcanic crater lake in the Azores

The beauty of Mother Nature takes center stage in this cluster of nine idyllic islands, an autonomous region of Portugal in the middle of the Atlantic Ocean. Divided into three groups, the remote isles are only a five-hour flight from Boston or New York, or two hours by air from mainland Portugal. With volcanic crater lakes, natural hot springs, geysers and black-sand beaches, signs of geothermal activity are everywhere. Vacationers enjoy bathing in thermal waters and taking part in outdoor activities, which range from whale-watching to kayaking, paragliding, diving and hiking. Each island has its own landscapes and cultural traditions. Sao Miguel, the largest isle, has tea estates that have been producing organic black, green and orange pekoe tea since 1883. This is the only region in Europe that cultivates tea.

Many Portuguese tour operators, some with offices on the U.S. East Coast, offer packages that include several islands. The Azores are starting to appear on the radar of more tour planners, so it’s advisable to go before mass tourism takes over. 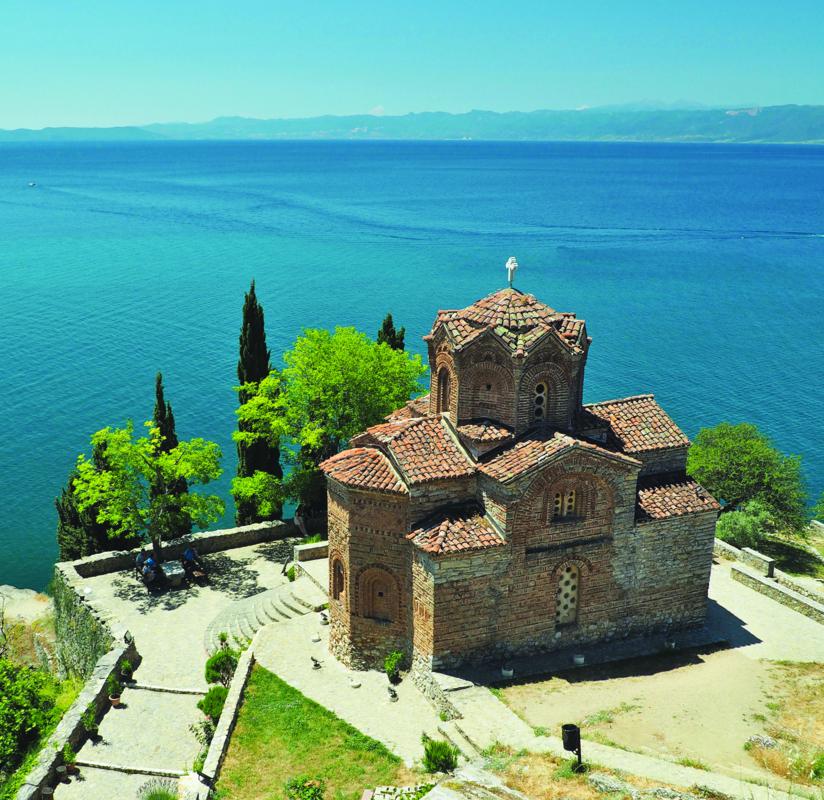 This small, landlocked Balkan nation, known as simply Macedonia until a 2018 agreement with neighboring Greece that ended decades of political debate, ranks No. 3 on Lonely Planet’s list of countries to visit in 2020. Tourists come here for the untouched wilderness, wine-tasting, and Old World experiences reflecting Greek, Macedonian, Roman, Byzantine and Ottoman traditions.

Sightseeing highlights include the ancient, fresco-covered churches and monasteries on Lake Ohrid, an area now served by more international flights. In the capital city, Skopje, one magnet is the Ottoman Bazaar, where visitors shop for crafts and relax at cafes while soaking in the market’s five centuries of history. Another Skopje attraction is 6th century Tvrdina Kale Fortress. In the country’s center is the Tikves Wine District, which produces some of the Balkans’ best wines. Active travelers in North Macedonia will want to tackle the recently launched High Scardus Trail along the region’s most dramatic peaks.

Lonely Planet’s Best in Travel 2020 ($17.99, 217 pp.) spotlights the hottest countries, regions and cities around the world, and what makes them prime for a visit next year. Filled with lavish color photography, the hard-bound volume also covers 2020 attraction openings and new
food experiences.

The best-selling book, now in its 15th edition, has a landing page (lonelyplanet. com/best-in-travel) that features tips and videos on visiting each destination.