5 Museums Where Mississippi’s Music Culture is on Display 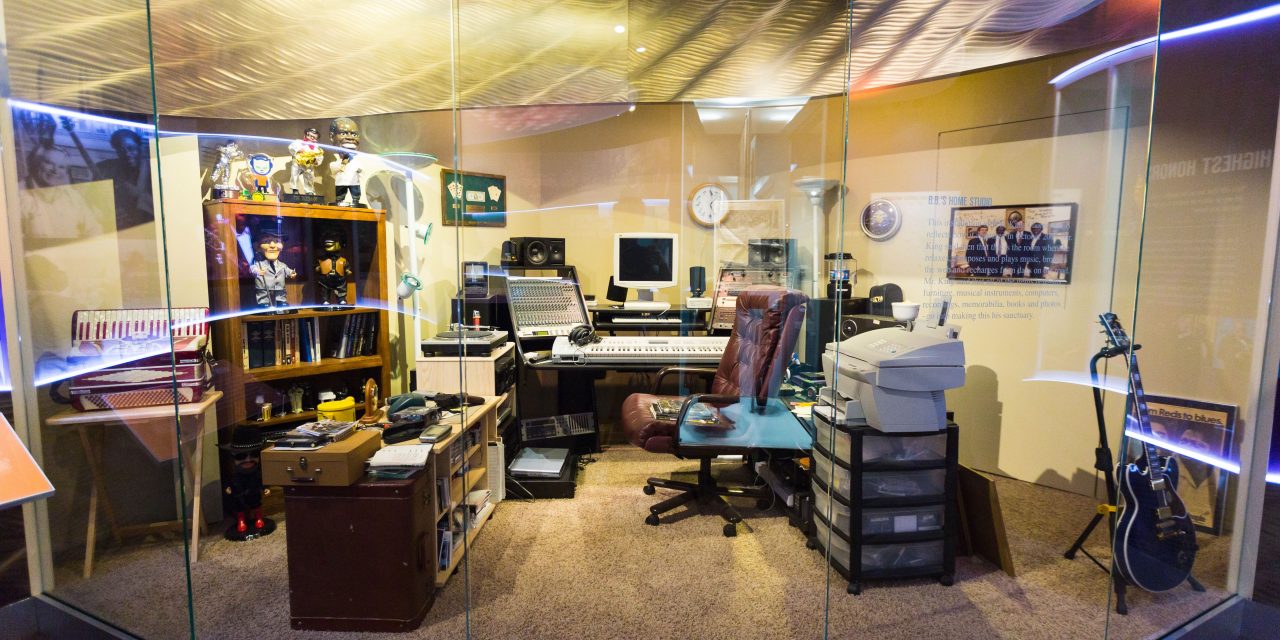 With all due respect to legendary Mississippian Jerry Lee Lewis, who once set his piano on fire to end a show, Elvis Presley is the King of Rock n’ Roll The story begins in Tupelo at the Elvis Presley Birthplace. Elvis Aaron Presley was born in Tupelo on January 8, 1935 in a two-bedroom house built by his father Vernon, grandfather and uncle. Times were tough and the Presleys moved from the home where Elvis was born when he was just 2 years old.

Today, the Elvis Presley Birthplace campus includes a two-bedroom house museum built and furnished as it looked in 1935. Elvis’ childhood church is the actual building where the Presleys attended church services. It was here that Elvis was first exposed to Southern gospel music that would always be a part of his life. Visitors experience the Assembly of God services that had such an impact on Elvis. The bronze statue Elvis at 13 is life-sized and portrays the humbleness and poverty of his early life. With the church on the right and the museum on the left the positioning is symbolic of his early love of music and the poverty he was born into. The statue Becoming shows the transformation of a young, poor Elvis to the incredible entertainer he would become. elvispresleybirthplace.com 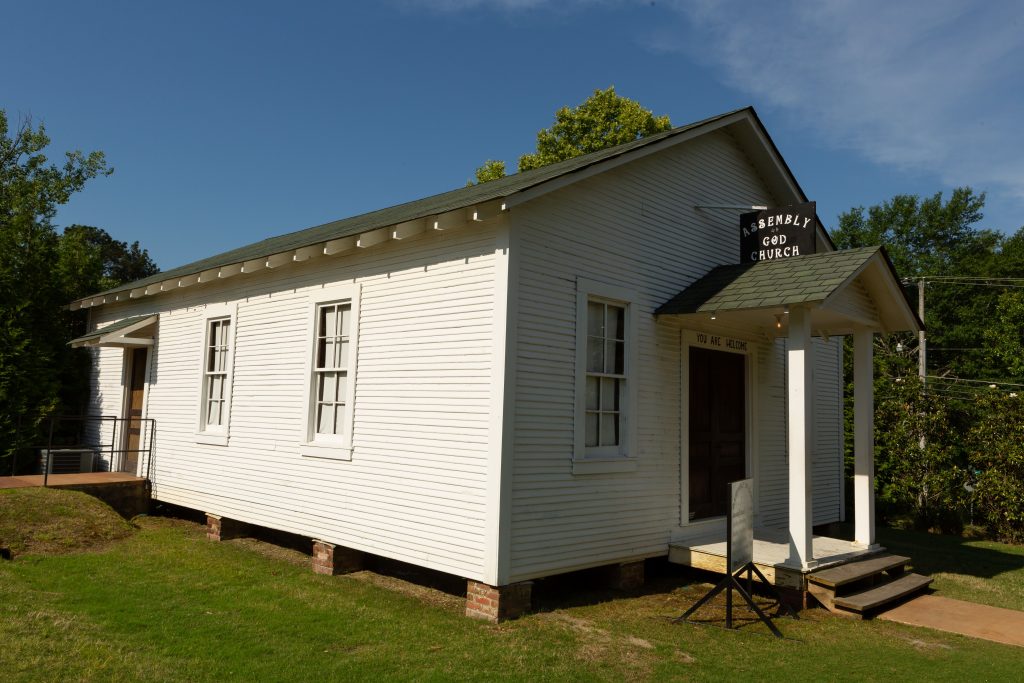 Since the 1920s, Clarksdale has been the center of blues culture. Numerous legendary blues artists were born and grew up in Clarksdale and nearby. That wealth of talent ranged from Muddy Waters and John Lee Hooker to Robert Johnson and Sam Cooke. The community was also a transportation hub. Highways 49 and 61 connect and railroads made regular stops at the town’s passenger terminal. Greyhound Bus also built a terminal in Clarksdale. No matter their mode of transportation, visiting musicians found their way to Clarksdale.

Established in 1979 re-organized in 1999 and housed in a freight depot built in 1918 for the Yazoo and Mississippi Valley Railroad, the Delta Blues Museum is the state’s oldest music museum. More than 7,000 square feet are dedicated to permanent and traveling exhibits allowing visitors to explore the history and heritage of the blues, a uniquely American musical art. The Delta Blues Museum has a large collection of artifacts. Included in the collection are musical instruments, recordings, sheet music, photos, posters, folk art and costumes and paintings. deltabluesmuseum.org 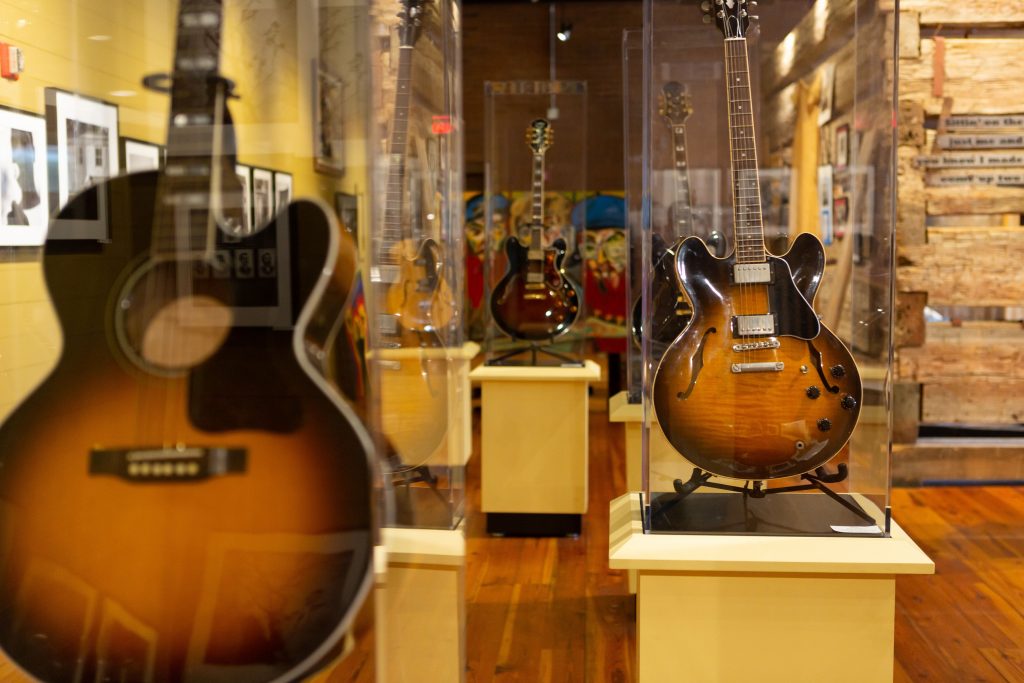 B. B. King Museum and Delta Interpretive Center (Indianola)

Born Riley B. King in the impoverished Mississippi Delta Region, B. B. King went on to international fame. The B.B. King Museum and Delta Interpretive Center shares the story of the performer’s life and career and stories of the Delta. Those stories explore the regions history and music, social mores and race relations, adversities and successes. Opened in 2008, the exhibits include thousands of rare artifacts, award-winning films and computer interactives. Throughout your visit you’ll witness how he treated people with honesty, civility and compassion and how those guidelines repaid him.

Begin your journey in The Theatre as you travel through the Delta and the life of B.B. King all in high-definition projection and audio technology. Step into The Delta, 1930 and come face-to-face with some of the social challenges. Take a closer look at Riley B. King’s farm life as a sharecropper and tractor driver. The Memphis 1950s gallery puts you on an adventure along with Riley B. King as he finds his way to the airwaves of WDIA. The Artist To Icon, 1960s takes you along with B. B. King from stops on the South’s Chitlin’ Circuit where he developed his music. The exhibit also focuses on the Civil Rights movement that had a significant influence on the music of the time. Last stop is Lucille’s Gift Shop, a must visit for any fan of the blues. bbkingmuseum.org

Opened in April 2018, this $50 million museum pays tribute to Mississippi artists and entertainers in every artistic discipline. Mississippi has certainly provided the world its fair share of legends. Take a behind the scenes look at the stars. See their cultural influences and their earliest expressions that developed into polished pieces of their work that placed them on the walls at The MAX.

The centerpiece of The MAX is the Hall of Fame. Every two years, new inductees are added. Honored in September 2020 were musicians Bo Diddley, John Lee Hooker and Tammy Wynette along with writer Margaret Walker. Surround yourself with these and earlier inductees in a 360-degree multi-sensory exhibit.

Permanent Exhibits immerses you in numerous topics. In “Feel the Land” you’ll travel the landscapes that nurtured Mississippi artists, while “Go Back Home” shares the moment of creation with a hands-on activity. “Share Community” displays how people come together to create from studios to stages to juke joints. “The Power of Church” shows how generations of artists have drawn inspiration from the sounds of their church. “Explore Who and Where” traces Mississippi artists back to their roots, while “Reach Out to the World” shows the impact of Mississippi artists on arts worldwide. There are regular changing exhibits and The MAX Store features artfully curated gifts, perfect for remembrance of your visit, or gift giving.  msarts.org

The GRAMMY Museum Mississippi opened in 2016 as the 2nd GRAMMY Museum. It should come as no surprise for choosing a state with Mississippi’s rich musical history. Mississippi native musicians, many from the Delta Region influenced America’s most popular music styles, including blues, hip-hop, jazz and rock n’ roll. The museum focuses on the continuing musical achievements of Mississippians.

There are always multiple Current Exhibits on display at GRAMMY Museum Mississippi. Spoiler Alert: You don’t have much time to view “MTV Turns Forty: I Still want My MTV.” Cutting-edge interactives combine with innovative programming on Permanent Exhibits. History of the GRAMMY Awards is a colorful timeline with important moments from past telecasts. Great Grammy Performances allows visitors to relax in a mini surround sound studio and enjoy curated content relative to exhibits.  The GRAMMY’s Glitz and glamour are on full display On the Red Carpet.

Learn a few of those GRAMMY night dance moves at History of Dance, or create and record your own blues song at Singing & Songwriting / Production Pods. In Mono to Surround, visitors trace recorded sound’s evolution from 1877 until today. By playing electronic musical instrument in The Roland Room, visitors experience the music making process. Culture Shock puts on full display the frequently heated interactions of music and the day’s culture. Inside the Mississippi Gallery, visitors can listen to their favorite Mississippi song, or one they don’t know at the “Mississippi Music Bar.” The “Mississippi Music Table” is interactive, simply select your artist photos, songs, awards and more appear. grammymuseumms.org