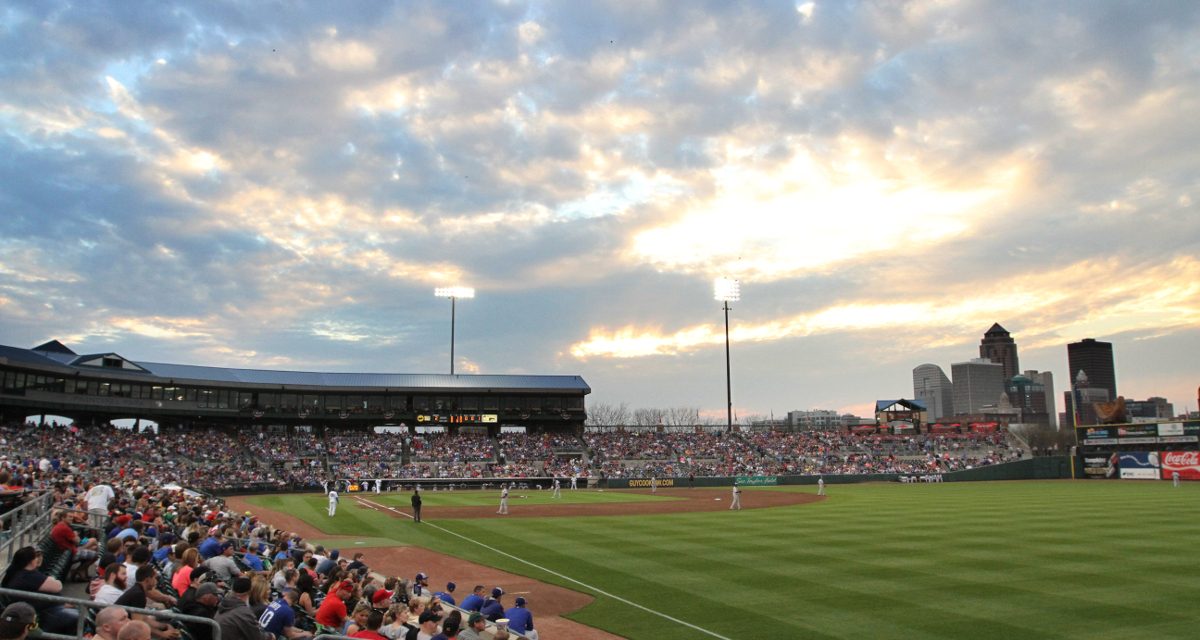 Compared to the logistics and cost of getting your group into a major league game, watching professional baseball at the minor league level is a much more manageable proposition. The experience is more intimate and laidback.

Entertainment and giveaways between innings keep everyone engaged. The players, some of them destined to become the stars of tomorrow, are happy to sign autographs and pose for photos. Many minor league teams are affiliated with Major League Baseball clubs, but there are plenty of independent teams, too.

Here are four winning ideas for a fun summer’s day or evening: 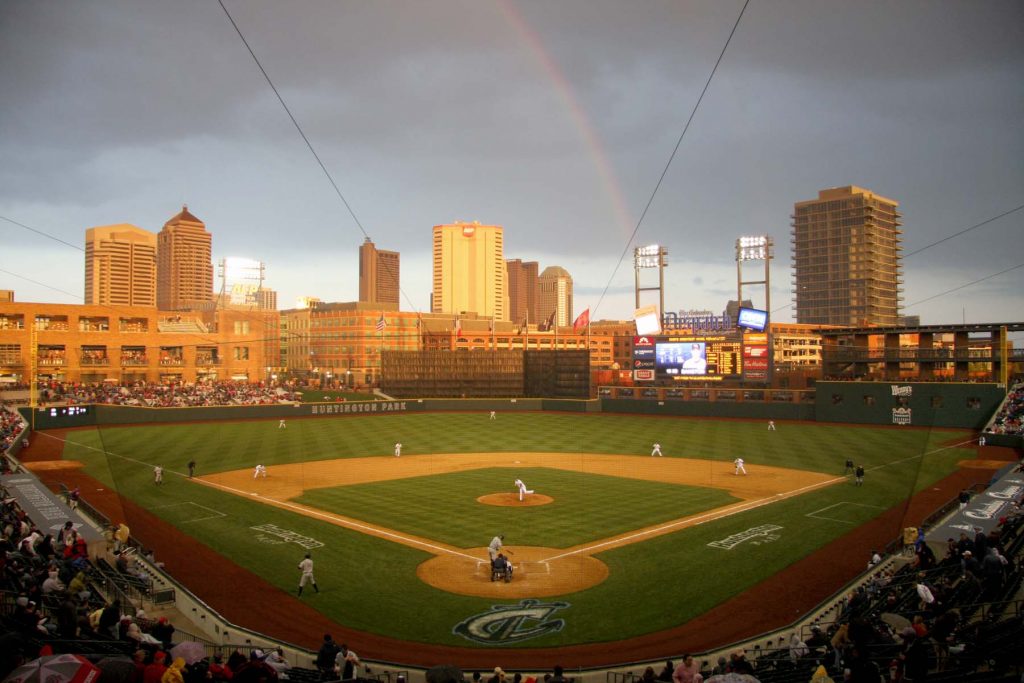 Huntington Park is home to the Columbus (Ohio) Clippers.

Located in downtown’s buzzing Arena District, Huntington Park, the Clippers’ 10,000-seat home for five years now, “comes as close to perfection as we’ve seen in any ballpark,” according to BallparkDigest.com. “With an embedded sense of place, a firm grasp on the grand history of baseball and a commitment to the latest in fan comforts, Huntington Park represents the very finest in ballpark design and operations.” For groups watching the Triple A affiliate of the Cleveland Indians, the Left Field Building includes a 110-foot bar with six open patios overlooking the field on the second story. The third-story pavilion is an open-air rooftop with bleachers reminiscent of Wrigley Field. The Picnic Terrace in left field and Wendy’s Hamburger Balconies in right field are other options. (clippersbaseball.com) 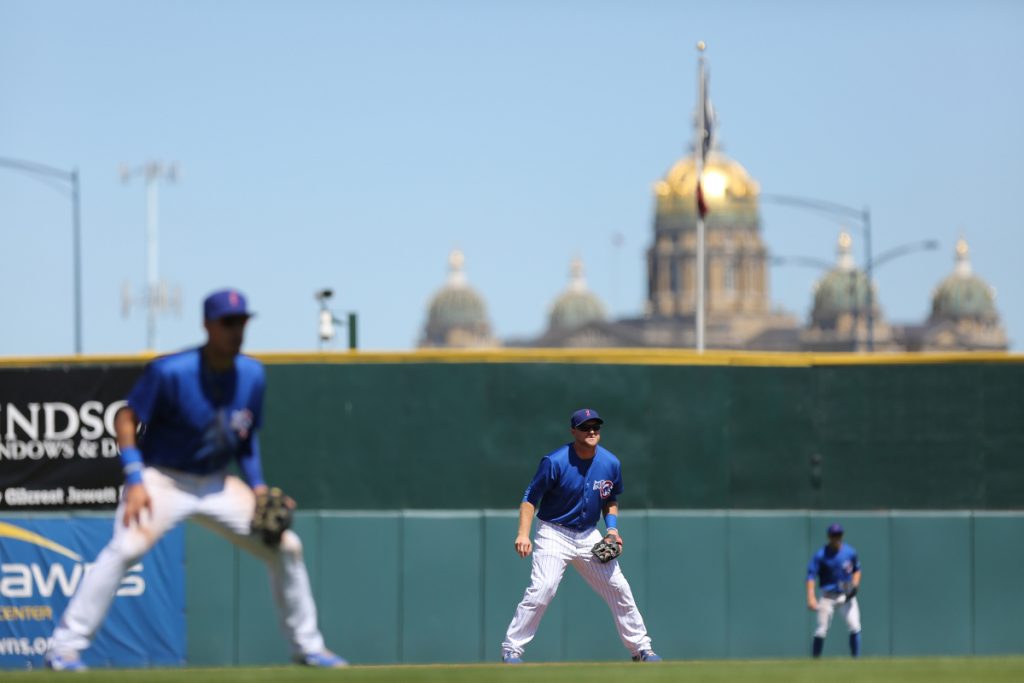 Chicago Cubs fans from throughout the Midwest flock to Iowa’s capital city every summer to watch up-and-coming stars in the club’s farm system. The Triple-A Iowa Cubs were the training ground for current big-league players like Addison Russell and Kris Bryant (last year’s National League Rookie of the Year). Situated at the confluence of the Des Moines and Raccoon rivers, 11,500-seat Principal Park offers great views of the State Capitol and downtown skyline. A major tourist attraction, it features a new, state-of-the-art video board, plus four picnic areas, a giant kids’ play area and the Cub Club restaurant in left field. With the same type of grass as Wrigley Field’s, the park boasts one of the best playing surfaces in the minors. (iowa.cubs.milb.com)

Suburban Chicago’s only team with a Major League affiliation, the Arizona Diamondbacks’ Class A Kane County Cougars play in the shadow of the Chicago Cubs and Chicago White Sox, offering a fun experience at a fraction of the cost of a Wrigley Field or U.S. Cellular Field outing. The stadium, less than an hour from Chicago, has more than 20 catered party areas, including outfield decks, rooftop decks and private suites. The Strike Zone Premier Seats behind home plate provide waiter service and 360-degree swiveling seats at four-person tables. Theme nights this year have centered around everything from Stars Wars and Teenage Mutant Ninja Turtles to pro wrestling, political corruption and comic book superheroes. (kccougars.com)

Fans coming to see the Class A affiliate of the Oakland A’s will be entertained by Snappy D. Turtle, a green snapping turtle that serves as the team mascot. With beer being practically the Wisconsin state drink, it’s not surprising that many of the promotions revolve around suds. Deals include $2 Leinie Bottles (Leinenkugel beer) on Sundays, while Suds & Spuds on Wednesdays feature a different craft brew and baked potatoes. On Two Dollar Tuesdays, a game ticket, hot dog, brat, pizza slice, soft drink or Miller beer is just $2. (snappersbaseball.com)