20 Pilgrimage Sites Across the United States Worth Visiting 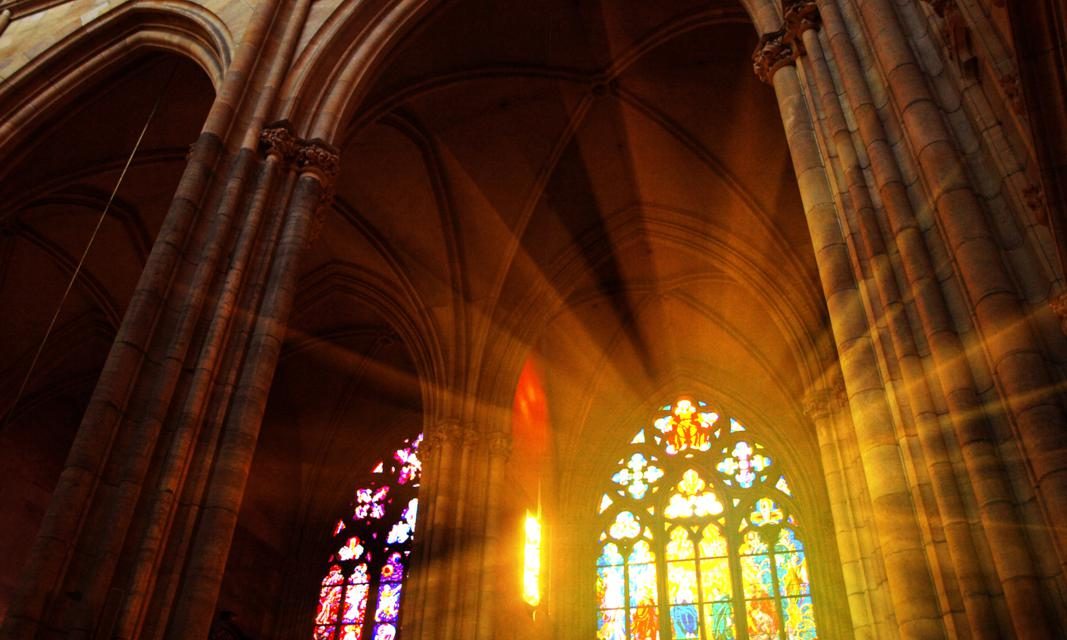 While this list is by no means comprehensive, here are 20 popular pilgrimage sites spread across the United States.

Known throughout the world as “Jerusalem in Miniature,” Ave Maria Grotto is a beautifully landscaped, fouracre park designed to provide a natural setting for the 125 miniature reproductions of some of the most famous historic buildings and shrines in the world. The masterpieces of stone and concrete are the lifetime work of Brother Joseph Zoettl, a Benedictine monk of St. Bernard Abbey.

The grotto is located less than an hour from Birmingham and Huntsville, Alabama, two hours from Nashville and three from Atlanta. (www.avemariagrotto.com)

The Basilica of Our Lady of San Juan del Valle has drawn people from all over the world. Attracting more than one million visitors each year, it’s become one of Texas’ most popular attractions. The shrine abounds with diversity and recognizes and honors all faiths, paths and beliefs. Pilgrims, visitors and tourists are welcome to experience a spiritual journey in the Basilica grounds, with free tours available daily. Onsite hotel accommodations with 92 comfortable rooms provide convenient access.
(www.olsjbasilica.org)

Located less than an hour west of Denver, Mother Cabrini Shrine is a shrine in honor of the Sacred Heart of Jesus and St. Francis Xavier Cabrini. Originally a summer camp for the girls from the Queen of Heaven Orphanage, the property became a place of prayer, pilgrimage and devotion after the canonization of St. Cabrini in 1946. The shrine offers retreat facilities that accommodate up to 28 guests in the Stone House and a private chapel. Daily mass is offered, and the facility is open every day.
(www.mothercabrinishrine.org)

Shrine of Our Lady of La Leche

In the early 1600s, the Spanish settlers of St. Augustine established the first Shrine to the Blessed Virgin Mary in the United States. As you walk through the historic grounds at the mission, you will be retracing the steps of America’s first founding fathers more than 400 years ago. The present chapel was reconstructed in 1915 and enshrines a replica of the original statue of Nuestra Señora de la Leche y Buen Parto – Our Lady of the Milk and Happy Delivery. (www.missionandshrine.org)

Basilica of the National Shrine of the Immaculate Conception

Designated by the U.S. Conference of Catholic Bishops as a National Sanctuary of Prayer and Pilgrimage, the basilica is the nation’s preeminent Marian shrine, dedicated to the Blessed Virgin Mary. The basilica is the largest Roman Catholic church in the U.S. and one of the 10 largest churches in the world. It is considered one of foremost centers of worship, welcoming more than 1 million visitors per year.

With more than 70 chapels and oratories that relate to the Blessed Mother and people from countries around the world, visitors can virtually make a pilgrimage to many of the great Marian shrines of the world. (www.nationalshrine.com)

National Shrine of Our Lady of the Snows

One of the most popular shrines in North America, with more than one million visitors each year, the shrine is run by the Missionary Oblates of Mary Immaculate. With more than 200 acres of land, it is also one of the largest. The church, completed in 1990, features Icon of Mary, The Living Waters Font and a brilliant altar backdropped by a 15-by-20-foot Aurora Borealis window. Onsite hotel accommodations envelop groups in the experience. (www.snows.org)

Our Lady of the Sierras

Located near the Mexico border roughly an hour drive south of Tucson, the shrine consists of a 75-foot-tall cross, a statue depicting Our Lady, chapel, stations of the cross and Mary’s Knoll at the foot of the hill. No matter your faith, this is a peaceful spot to reflect, gain perspective and take in amazing views of the Huachuca Valley and Mexico. (www.ourladyofthesierras.org)

The Shrine of Christ’s Passion is a multi-media, interactive religious attraction in Northwest Indiana, just outside of Chicago. The main attraction is a half-mile winding prayer trail that depicts the last days of Jesus Christ’s life. Forty life-size bronze sculptures in a tranquil setting, complete with beautiful music and sculptured gardens, allow visitors to experience the story
of the Crucifixion and Resurrection as never before.

The newly opened Moses at Mount Sinai puts you directly in a scene with Moses himself. The path leads you on a journey with his 10 Commandments and has music, voiceover, lighting, and sound effects.

America’s first cathedral, the church is a national shrine, Marian shrine and national historic landmark. More than 100,000 people visit the Basilica each year, making it one of Baltimore’s top tourist activities.

Guided tours are offered Monday through Saturday. The hour-long tour includes all areas of the church including Our Lady Seat of Wisdom Chapel, Crypt, Museum and the Pope John Paul II Prayer Garden. (www.americasfirstcathedral.org)

The Cathedral Basilica is known for having the largest mosaic collection in the Western Hemisphere, which took nearly 80 years to complete. The mosaics cover 83,000 square feet, comprising 41 million glass pieces and more than 7,000 colors. They depict various scenes and passages from the Old and New Testament of the Bible, archdiocesan events and in the narthex, the life of King Louis IX of France. There is a chapel dedicated to the souls of former leaders of the archdiocese, and several cardinals are buried in the crypt of the cathedral. Guided tours are available weekdays from 10:00 a.m. to 4:00 p.m. (www.cathedralstl.org)

Shrine of Our Lady of the Island

Sitting on 70 acres, the shrine is designed to give pilgrims ample opportunity to reflect and pray. The Shrine of Our Lady of
the Island was established by the Missionaries of the Company of Mary in order to be a center of authentic Marian spirituality and devotion, and to renew Catholic life through liturgy, preaching and pilgrimages.

On its expansive grounds you’ll find an 18-foot statue of the Blessed Virgin Mary and baby Jesus, an outdoor Stations of the Cross, a rosary walk, a Pope John Paul II memorial, a Blessed Sacrament Chapel dedicated to Our Lady of the Island and numerous statues and areas for prayer. (www.ourladyoftheisland.com)

Founded in 1850, it is the oldest Marian shrine in the Midwest and east of the Mississippi River. A missionary priest of the Most Precious Blood, Fr. Francis de Sales Brunner built a small red brick chapel to the Sorrowful Mother because of his great devotion to Mary.

There are more than 30 grottos among the 120 acres open to visitors. Paved walkways winding among tall trees lead to Stations of the Cross and replicas of Lourdes and the Sepulchre Grotto and are favorite places of prayer and meditation. (www.sorrowfulmothershrine.org)

Located on the picturesque shore of Lewis & Clark Lake, six miles west of Yankton, South Dakota, its panoramic provides spectacular views of area wildlife. You can walk the Way of the Cross that winds up Calvary Hill, which features three 50-foot wooden crosses at the 13th station. Other peaceful places for prayer and reflection include a beautiful rosary pond, a rosary way, Mary’s Entrance, Little House of Mary and a meditation area. (www.thehouseofmaryshrine.org)

Shrine of the True Cross

Located between Houston and Galveston, Texas, this 1936 relic of the True Cross was obtained for the shrine from the Basilica Church of Santa Croce in Gerusalemme (Holy Cross in Jerusalem) in Rome, where a large piece of the Holy Cross resides. The relic of the Holy Cross is available in the church year round for veneration with mass daily. (www.truecrosschurch.org)

In 1952, a major relic of St. Odilia was brought to the Crosier community in Onamia, 90 miles north of the Twin Cities. A shrine in her honor was set up in the priory chapel, where the reliquary is currently housed. St. Odilia has promised her intercession on behalf of the Crosiers and all those who invoke her aid. For centuries it has been the practice of the Crosiers to bless water in honor of St. Odilia, dipping her relic in it and asking God to give it “power against all diseases and bodily infirmities.”

There are three “stations” in the national shrine. The religious icon of St. Odilia and two of her relics help pilgrims “look through” the icon designed as a window into heaven and pause for prayer in the presence of the relics. (www.crosier.org)

National Shrine of Our Lady of Czestochowa

An hour outside of Philadelphia, the shrine sits on 170 acres on Beacon Hill overlooking Peace Valley in Doylestown. The National Shrine of Our Lady of Czestochowa welcomes pilgrims of all nationalities and faiths to visit and take part in the religious and cultural activities held at the Shrine throughout the year.

In the lower church below the main church is a replica of Our Lady’s Chapel at Jana Gora Monastery in Czestochowa, Poland, where the original icon of Our Lady of Czestochowa resides. There are four side chapels dedicated to St. Paul the First Hermit, Our Lady of Nazareth, Divine Mercy and Our Lady of Guadalupe. Retreats are offered year-round at the Ave Maria Retreat House. (www.czestochowa.us)

National Shrine of the Cross in the Woods

This Northern Michigan facility is an expansive wooded complex featuring six shrines and monuments including the Shrine of St. Francis, Our Lady of the Highways Shrine, the Holy 28 Stairs and The Man on the Cross. The Shrine is the home for the largest collection of dolls dressed in traditional habits of men’s and women’s religious communities in the United States.(www.crossinthewoods.com)

Monastery of the Holy Spirit

The Monastery of the Holy Spirit is a community of more than 40 monks spanning several generations who live, work and pray together. The monastery has facilities to accommodate any group need. Classrooms for a lecture, meeting space for a business meeting or rooms for overnight stays are all available and can be used alone or in combination depending on your needs. Monks are available to speak with your group.

The expansive visitor center features interactive displays including videos about the monastic tradition while the new 17,000- square-foot Heritage Center incorporates both new and renovated historic Monastery structures and integrates elements of learning and hands-on activities. (www.trappist.net)

Madonna Queen of the Universe Shrine

Overlooking Logan Airport in Boston is a 32-foot statue of the Blessed Virgin Mary. Located at the national headquarters of the Order of Don Orione, it is a replica of the one at the Don Orione Center in Rome. (www.catholicshrines.net/states/ma3.htm)