Every year millions of people travel to see the Vatican. But Rome is not the end-all for religious tourism. Dozens of religiously significant cities and sacred shrines dot the vast and ancient landscape of Europe. 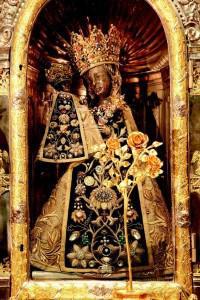 The following list spotlights some of the most visited holy places on the continent, from its western seaboard to its eastern boundaries:

The Chapel of the Apparitions is built on the site of a Marian apparition that appeared before three peasant children in 1917. Every year since then on the anniversaries of the apparitions, May 13 and Oct. 13, the streets of Fatima swell with throngs of pilgrims who make their way to the holy site. Fatima (88 miles north of Lisbon) is home to dozens of imposing churches and monuments. Shops selling religious souvenirs, hostels and hotels can be found throughout the city. (visitportugal.com).