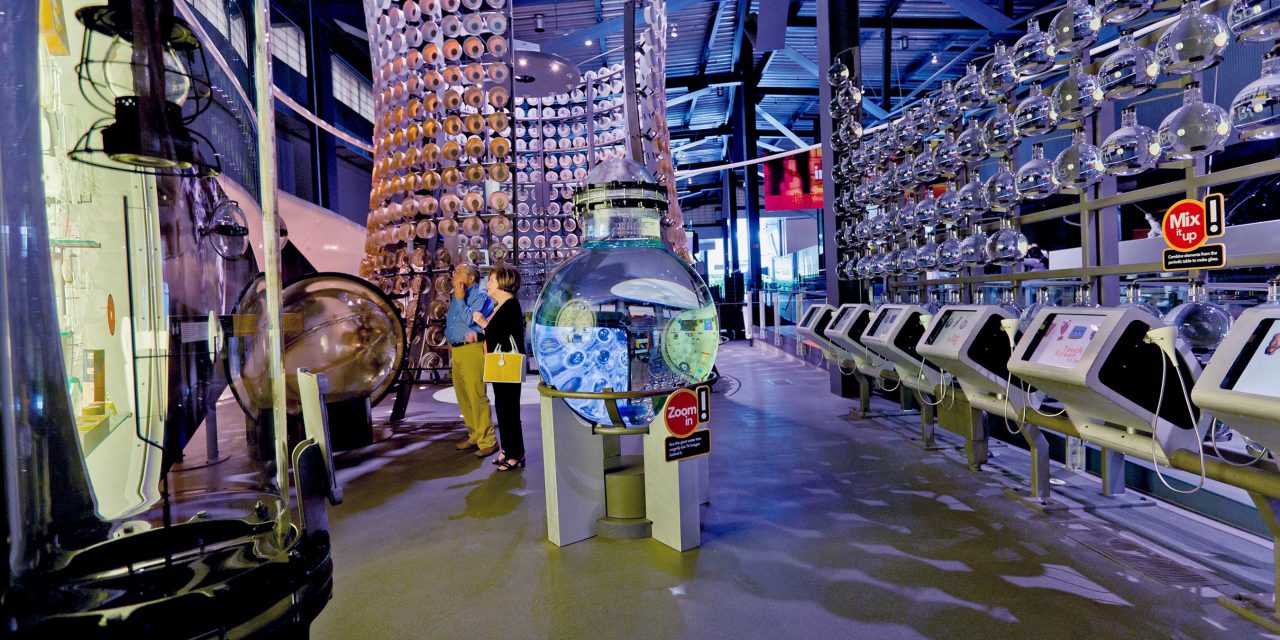 These treasure chests, some a bit off the beaten path, will educate, entertain and enchant your group

Whether your tour itinerary includes the Big Apple, touches the Hudson River Valley or traverses central or western New York, there’s a museum waiting to impress your travelers.

While big-time Manhattan repositories like the Metropolitan Museum of Art and American Museum of Natural History tend to grab the spotlight, smaller museums in New York City and elsewhere lurk under the radar. Some of them will appeal to history buffs, others to dog lovers, baseball fans or art aficionados.

Here is a look at 10 cultural gems across New York State:

Opened to the public in 1854, America’s oldest federal museum preserves memorabilia pertaining to the U.S. Military Academy at West Point, the U.S. Army and history of warfare. The extensive weapons collection, dating back to antiquity, includes pieces that belonged to men such as George Washington, Napoleon I, George Patton, Dwight Eisenhower and Adolf Hitler. The American Wars gallery displays the armor of colonial militiamen, muddy jungle fatigues of a Vietnam soldier, field glasses used at the Battle of Gettysburg and last message sent by Lt. Col. George A. Custer at the Battle of Little Big Horn. Visitors also learn about the opening of the American frontier, Buffalo Soldiers, construction of the Panama Canal, the secret Manhattan Project that built the atomic bomb and U.S. Army aviation, from balloons to space exploration to the Gulf War of 1991. (https://history.army.mil)

The Corning Museum of Glass

Established in 1951 by Corning Glass Works (now Corning Inc.), this museum in western New York’s Finger Lakes region boasts one of the world’s largest and most comprehensive glass collections, with pieces going back as far as ancient Egypt. Hands-on exhibits explain the science and technology of innovations in glass. In a 500-seat auditorium, the Hot Glass Demo presents narrated glassblowing demonstrations by master glassblowers who transform molten glass into vases, bowls and sculptures. Novices can test their aptitude in the “Make Your Own Glass” experience in The Studio. The Contemporary Art + Design Wing is the largest space anywhere devoted to the display of contemporary art in glass. (https://home.cmog.org) 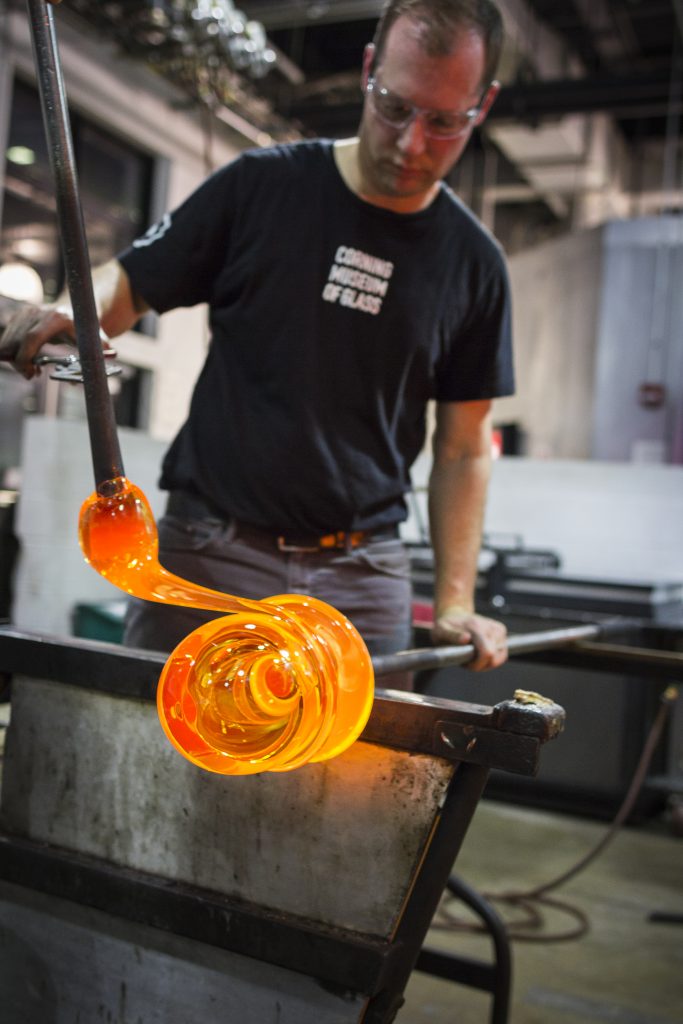 The library and museum is located next to Franklin D. Roosevelt National Historic Site, which preserves FDR’s birthplace and life-long home overlooking the Hudson River. Immersive audio-visual theaters, photos and artifacts, including gifts from admirers and heads of state, chronicle FDR’s presidency, from its beginnings in the depths of the Great Depression through the New Deal and World War II.

Interactive exhibits include touch screen experiences at the Oval Office Desk and FDR’s Ford Phaeton. “Confront the Issues” are 10 touch screens strategically located throughout the exhibition that let visitors explore digital “flipbooks” containing documents, photographs and excerpts from historians related to controversial issues during Roosevelt’s presidency. Topics include “Japanese American Internment,” “FDR and the Holocaust,” “FDR’s Health” and “Did the New Deal Really Work?” Fireside Chat environments with a radio and period furnishings invite visitors to sit and listen to FDR’s radio messages to the public. After the Chat audio concludes, visitors can hear readings from letters about how Americans felt about his leadership. (fdrlibrary.org)

AKC Museum of the Dog

The American Kennel Club’s Museum of the Dog, a short walk from Grand Central Terminal in midtown Manhattan, boasts one of the finest and largest collections of canine-related art and artifacts in the world. On display are paintings, drawings, prints, ceramics and bronzes. Interactive stations include “Find Your Match,” a digital board that matches your face to a dog breed, and “Meet the Breeds,” a touch screen that lets guests explore the history and traits of different breeds. At the Working Dog station, guests learn to train a working dog (i.e. police, therapy or search & rescue dog) with a series of commands and hand signals, testing what they’ve learned with an on-screen virtual dog that responds to the signals and commands in real time. The special exhibit “9/11 Remembered: Search & Rescue Dogs” runs through January 2, 2022. Dog lovers will like the gift shop. (museumofthedog.org)

This place of pilgrimage in central New York State, along with baseball souvenir shops up and down Main Street, spells nirvana for fans of America’s national pastime. The hallowed hall is a bucket-list destination that avid devotees of Major League Baseball, no matter their team, want to see before they die.

From artifacts and play-by-play videos, to stats, facts and plaques, there is much to absorb. Fans can individualize their visit in “The Locker Room,” where clubhouse exhibits on each team feature bats, balls, jerseys, video highlights and other memorabilia representing current players and recent events in team history. The “Shoebox Treasures” exhibit explores the history of baseball cards and features 10 of the rarest ones. Other exhibits salute contributions to the game by women, Hispanics and African-Americans. The Hank Aaron Gallery of Records’ “One for the Books” exhibit honors all-time leaders in categories like home runs, hits, strikeouts and RBIs.

The Hall of Fame’s Plaque Gallery is the heart and soul of America’s shrine to baseball’s immortals. Affixed to the oakpaneled walls in the Rotunda are plaques bearing bronze-relief likenesses of the chosen few. Side-by-side statues of Babe Ruth and Ted Williams provide a good photo-op in the Rotunda. (baseballhall.org) 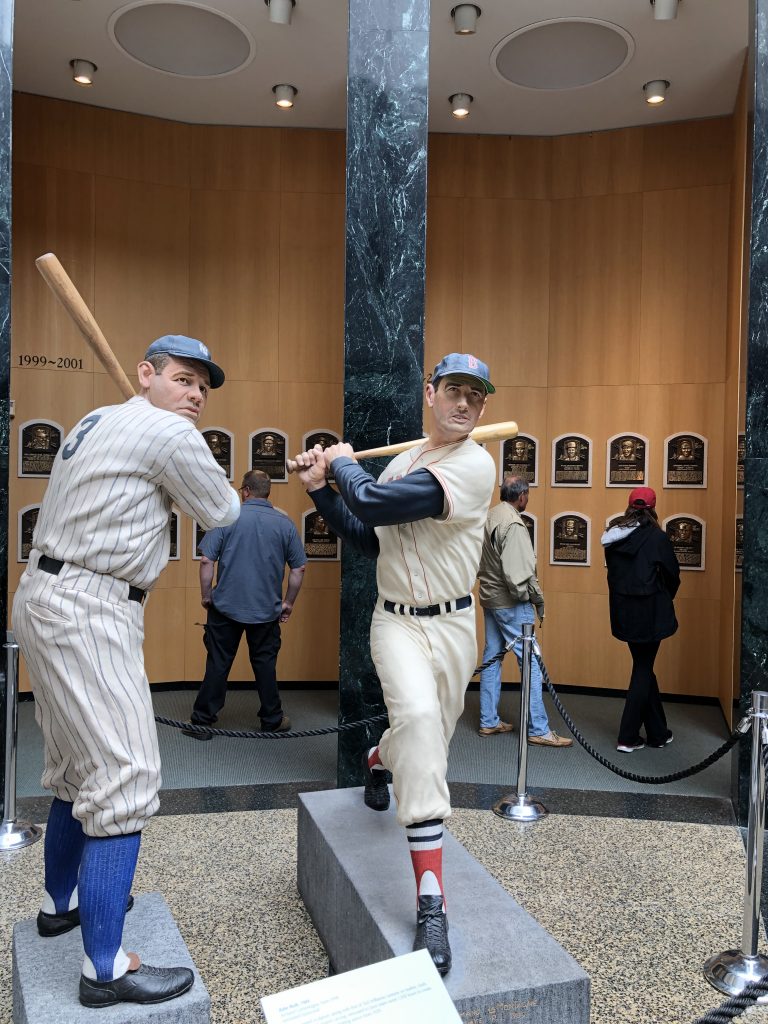 The Fenimore’s outstanding array of American fine art and folk art includes paintings by Grandma Moses and Thomas Cole, quilts and weather vanes, plus carved wood sculptures like ship figureheads and an 1870 cigar store Indian. The Clare E. and Eugene V. Thaw Collection of American Indian Art, one of the finest such collections in the world, has masks, woven blankets, moccasins, war clubs, necklaces, baskets and pottery; some objects date back as far as the 1600s. Rare artifacts include Chief Black Hawk’s drawing book, a Tlingit wooden chest and war helmet from Alaska, and a magnificent eagle feather headdress from a Plains tribe in the Dakotas.

Across the road, the Farmers’ Museum, the Fenimore’s sister institution, is a historical village and farmstead depicting 19th century life. The museum’s 1917 fieldstone dairy barn, owned by gentleman farmer Edward Clark and original to the site, has a vast collection of antique tools and farm implements, from a hop press and butter churn to maple syrup- and cider-making equipment. Clark was the brother of art connoisseur Stephen C.Clark, whose trove of treasures formed the basis for the Fenimore, originally built as his home. The Clark family, heirs to the Singer Sewing Machine Co. fortune, started the National Baseball Hall of Fame, and their foundation still plays a big role in the life of the community. Combination tickets to the Cooperstown museums are available. (fenimoreartmuseum.org, farmersmuseum.org)

Original advertising art, molds, recipe books, toys, collectibles and other memorabilia tell the story of the popular gelatin dessert, a product born in LeRoy in 1897. Jell-O was manufactured in LeRoy (30 miles southwest of Rochester) until 1964 and today is made by Kraft/General Foods in Dover, Delaware. An item of trivia: the first four Jell-O flavors were orange, lemon, strawberry and raspberry. The museum gift shop sells a wide variety of souvenirs bearing the Jell-O logo, from aprons and chef hats to stuffed animals, potholders, boxers and golf balls. (jellogallery.org)

Plenty of laughs are in store in the hometown of Lucille Ball. Located in southwestern New York, the world-class National Comedy Center, which opened in 2018, offers an interactive journey through comedy history. More than 50 exhibits showcase great minds and voices of the art form, from Charlie Chaplin to Dave Chappelle.

Also in Jamestown, the Lucille Ball Desi Arnaz Museum, founded in 1996, explores the personal lives, careers and legacy of the “First Couple of Comedy.” Operated by the National Comedy Center, the Lucy-Desi museum features exact re-creations of studio sets from “I Love Lucy,” the classic 1950s TV show that continues to entertain new generations in reruns today. Through the generosity of Luci Arnaz and Desi Arnaz Jr., the museum maintains a significant collection of their parents’ personal belongings, including costumes, gowns, photographs, letters, scripts and awards. One ticket grants admission to both museums. (comedycenter.org) 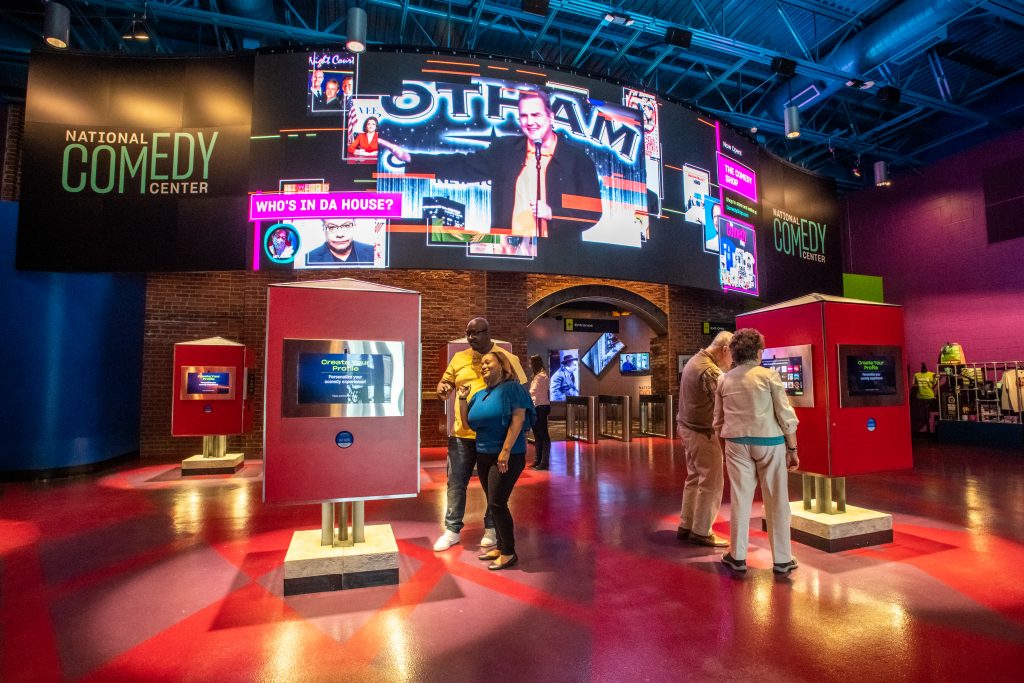