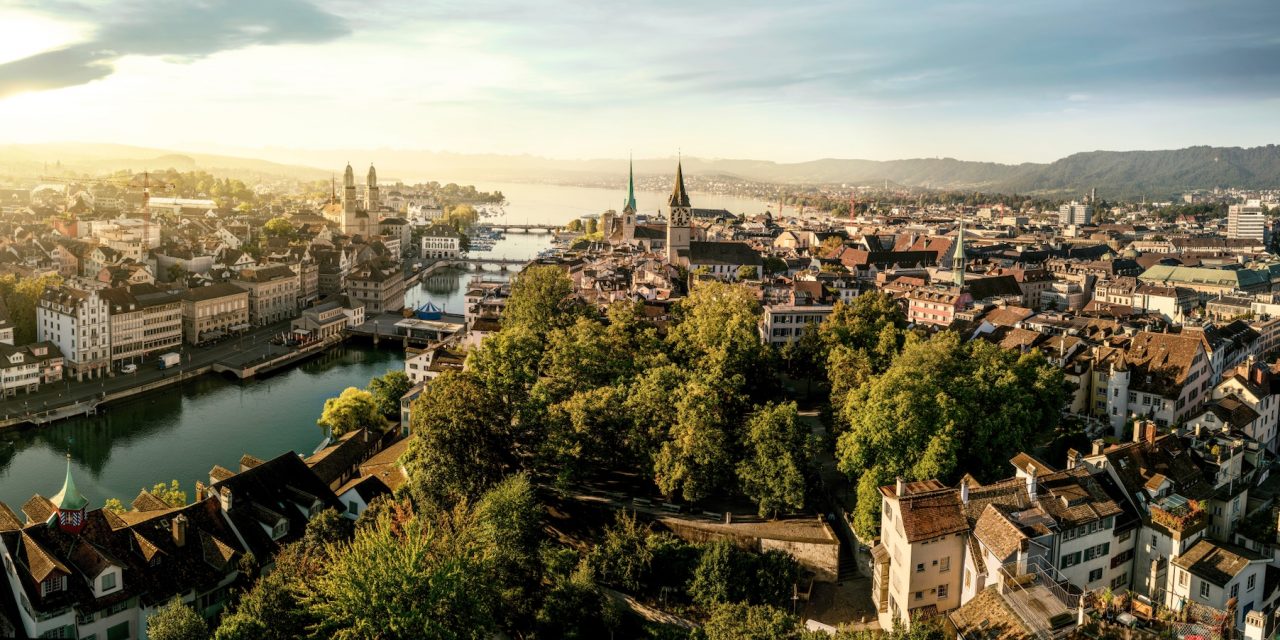 Switzerland’s leading urban center is Zurich, a transportation hub, cultural powerhouse and one of the world’s most livable cities. For travelers, Zurich presents a wide range of historical sights. Visitors like to tour the impressive Swiss National Museum, walk along the Limmat River, take a cruise on Lake Zurich and window-shop on the fashionable, mile-long Bahnhofstrasse.

Much of the city’s historic core, with its winding lanes and tall church steeples, is intact and easily walkable. This vibrant Old Town lies on both sides of the Limmat River. The east bank’s inviting Niederdorf neighborhood is a cobbled pedestrian zone of alleyways with colorful shops, cafes and restaurants; in the evening, it becomes a nightlife district.

Arts and culture have played a key role in shaping Zurich. It was a major center for silk production and the silk trade in the 13th century, the birthplace of the avant-garde Dada movement and Constructivism, and the home city by birth or choice of artists and intellectuals like Albert Einstein, James Joyce and Vladimir Lenin.

Zurich sponsors more than 1,300 works of art in public spaces such as the granite Pavilion Sculpture, a walk-in sculpture by Max Bill on the bustling Bahnhofstrasse. New exhibits are always on display at Cabaret Voltaire, the National Museum and Culture Line 4. Other cultural attractions are the Zurich Film Festival (late September-early October) and Zurich Opera House.

The biggest news on the city’s cultural scene is the $224 million addition to the world-famous Kunsthaus Zurich (Museum of Art), a project that has doubled the amount of public space and made it the largest art museum in Switzerland. The central lobby and multipurpose workshops provide space for interaction between art and the public, enhancing the museum’s scope for sharing and participation. A museum shop and bar, plus a large event hall and art garden, are accessible outside museum hours, opening up the new Kunsthaus to a greater number of people.

An integral part of the Kunsthaus makeover is the art and architecture work by Pipilotti Rist, whose “Tactile Lights” light and video show can be experienced on Heimplatz, the nearby square. At its center is an artistically-designed mast that projects round, color patches of light onto the surrounding facades and ground surfaces in the evenings several months of the year, while videos breathe life into the statues on the north facade of the Moser building.

Other important Zurich museums include the city-run Museum Rietberg, with a large collection of Asian, African, American and Oceanian art; NONAM (North American Native Museum), focusing on the indigenous peoples of the United States and Canada; Science and Technology Museum; and FIFA World Football Museum, a must for soccer fans. Another museum of interest is the architectural masterpiece Pavillon Le Corbusier. Completed in 1967, the last building constructed by the great Swiss-French architect, designer and artist Le Corbusier is his only creation made entirely from glass and steel. Situated on the shores of Lake Zurich, the museum building houses temporary exhibitions and features events and workshops focused on the featured artist. Pavillon Le Corbusier is open from May to November. 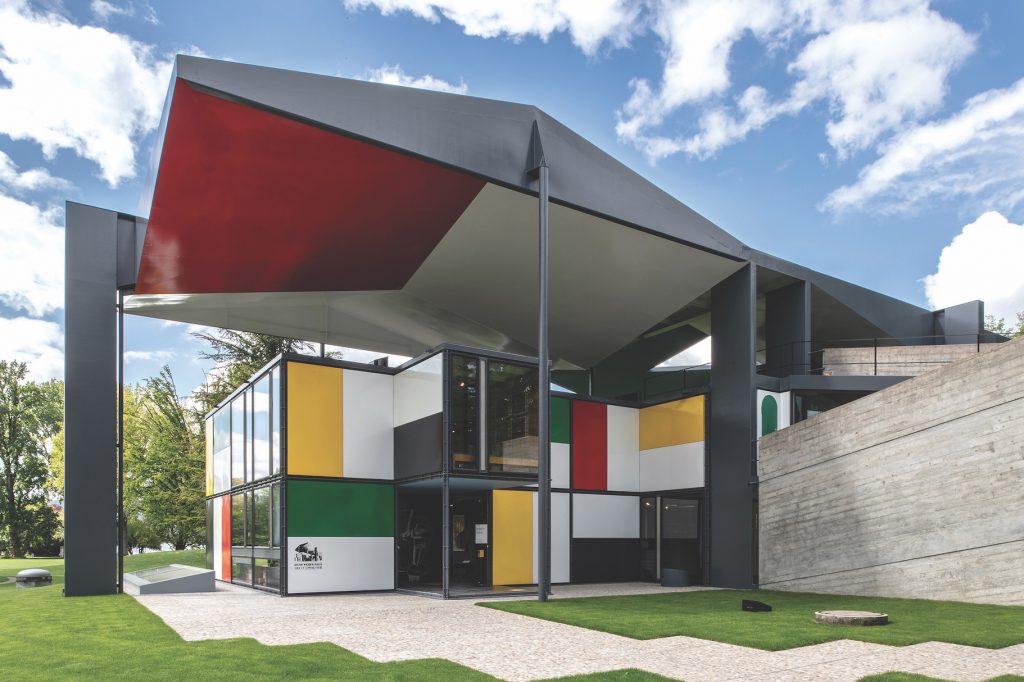 An exciting mix of new and old has been created in Zurich-West in the Löwenbräu Areal neighborhood, just five minutes from the main train station. An emerging dining and nightclub zone, the former industrial area is home to a mix of artists and tradespeople. Two new high-rise buildings stretch above the massive red-brick Löwenbräu brewery, now an art center, and blend well with the old chimney and silo. Tenants in the 1897 building include two cutting-edge art museums—the Migros Museum for Contemporary Art and Kunsthalle Zurich.

Zurich’s cultural calendar brims with noteworthy events. The late-summer International Theater Festival, for example, has delighted spectators for more than 40 years at a stunning location on the shores of Lake Zurich. Landiwiese Park near Wollishofen, known for its dramatic sunsets over the lake, creates a magical backdrop for productions, with as many as 40 international ensembles performing works on more than 10 stages.

Food Zurich, an 11-day festival in May and June, features traditional Swiss dishes along with the latest global culinary trends. Many local restaurants participate in the popular event, during which food experts and enthusiasts cook, taste and indulge in culinary delights at numerous venues in the city and surrounding region. The program ranges from unforgettable dinners at exceptional locations to professional cookery courses, food tastings, kitchen battles, urban gardening and guided tours of the Zurich gastro scene. During the festival, selected Zurich restaurants serve a special “City Dish” of their own creation on a given theme.

Seenachtfest, held every third year in nearby Rapperswil-Jona, is highlighted by aerial demonstrations performed by the Swiss Air Force’s aerobatic team Patrouille Suisse. Staged near Lake Zurich and Rapperswil’s medieval castle, the event (scheduled for August 12-14, 2022) attracts as many as 150,000 visitors. There are street entertainers and numerous food and drink stands.

Besides boasting a world-class array of cultural attractions, Zurich has an enviable reputation as a world leader in sustainability, and all city tours and excursions can be experienced in a climate-neutral way. The city itself and the canton work together in many ways to reduce CO2 emissions and are pursuing the designation of a “smart destination.”