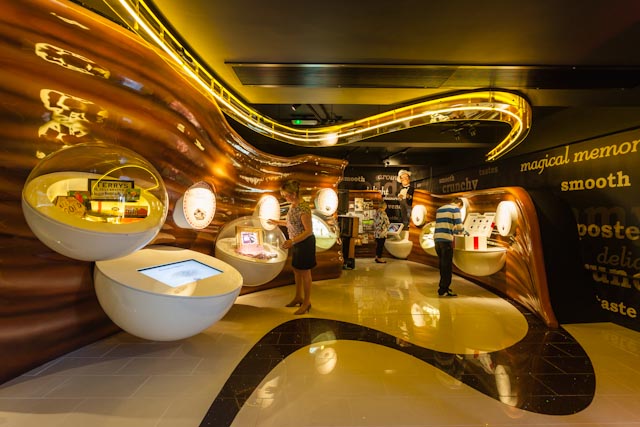 Relive the days of yore in York’s historic core

Groups looking for the “real” England—the storybook version harking back to the days of yore—will find it inside the ancient stone walls that encircle the medieval heart of York, one of the UK’s great tourist cities. Crammed inside this compact, largely traffic-free chunk of real estate is enough to do for two or three days.

Because of its enchanting center and bounty of attractions therein, York was my favorite stop on a recent tour of Northern England. A magnificent cathedral and other sights are genuine crowd-pleasers, but travelers also should save time to wander the atmospheric lanes and soak up a bit of yesteryear.

York, located two hours north of London by train, boasts almost three miles of intact city walls, more than any other city in England. Walking the paved path along the top is the best way to get your bearings, so that was the first thing I did after checking into my hotel, Novotel York Centre, conveniently located just outside the walled city. I didn’t do the whole ramparts circuit, but enough to give me an overview and get some good pictures. The path can be accessed from staircases at several breaks in the walls. 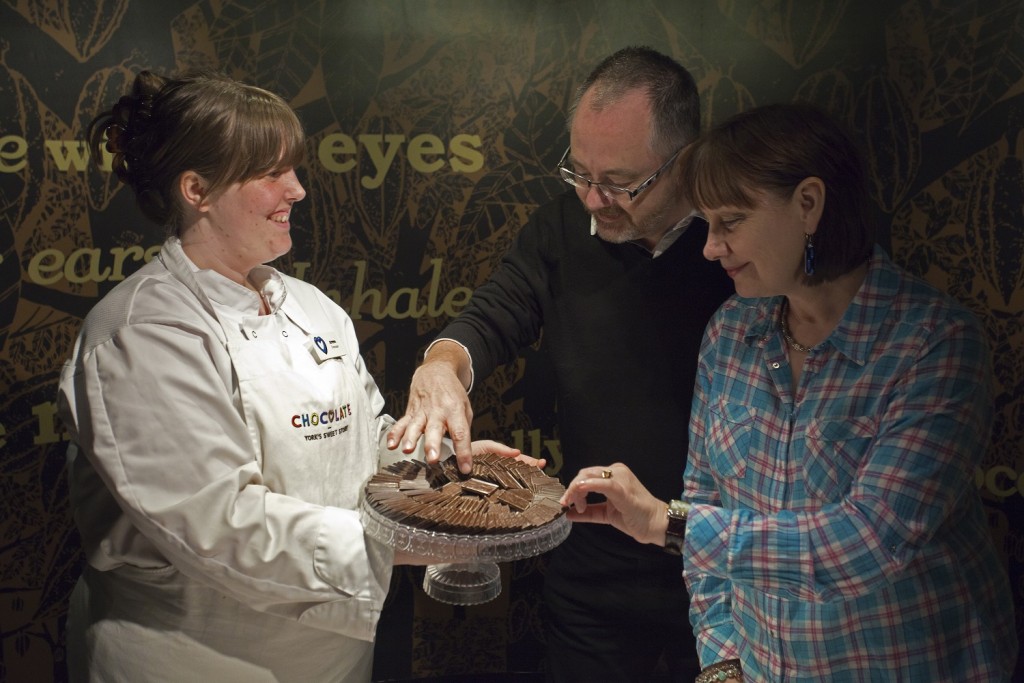 Sampling is part of the tour at York’s Chocolate Story, a fun attraction in the old walled city.

With all this medieval history awaiting me and my YorkPass, a card that gets you into most of the town’s main sights, I decided to make my first attraction a chocolaty one. Not that it lacked a historic tie-in, as chocolate plays a major role in York’s 20th century industrial history.

You know Kit Kat bars, right? Well, they started in York in 1935 and are still made there by the millions (as well as at 14 other locations around the world). As you discover at York’s Chocolate Story, a visitor favorite since 2012, Kit Kat and Rowntree’s (now Nestle) represent an important chapter in York’s confectionery fame. Rowntree’s also created Smarties, Aero, Milky Bar and Yorkie. Terry’s, a York icon whose factory closed in 2005, came up with the Chocolate Orange, now made by Mondelez International. Videos feature actors playing Mr. Rowntree and Mr. Terry, while a short movie talks about the origins of chocolate and York’s connection to it. The tour also includes a chocolate-making demonstration. Learning aside, visitors most appreciate the chocolate samples passed out during the tour and the chance to make a chocolate bar to take home.

York’s Chocolate Story also has exhibits on small chocolate businesses in town that carry on the tradition, such as Monk Bar Chocolatiers and York Cocoa House chocolate cafe. And it even publishes a “York’s Chocolate Trail” brochure/map that pinpoints places with links to the city’s chocolate-making heritage.

Monk Bar Chocolatiers is just one of the many tourist-friendly shops on a narrow cobbled street called the Shambles. One of the best-preserved medieval shopping streets in Europe, it’s the focal point for any trip down the past lane in old York. Dating from the 1400s in its present form, the street once was lined with butcher shops, taking its name from “shamel,” a word that meant stalls or benches on which meat was displayed. You can still see the hooks that held dripping animal flesh; they say the Shambles was once a river of blood. Today it’s a pleasant pedestrian passageway with half-timbered buildings full of cute shops and places to eat, including Edinburgh Woolen Mills, John Bull Fudge & Toffee, Earl Grey Tea Rooms and York Cat Shop. For a snack, I popped into York Sausage Shop for a sausage roll. Besides the Shambles, York has plenty of other pedestrian lanes and snickleways, or alleys, worth poking around. 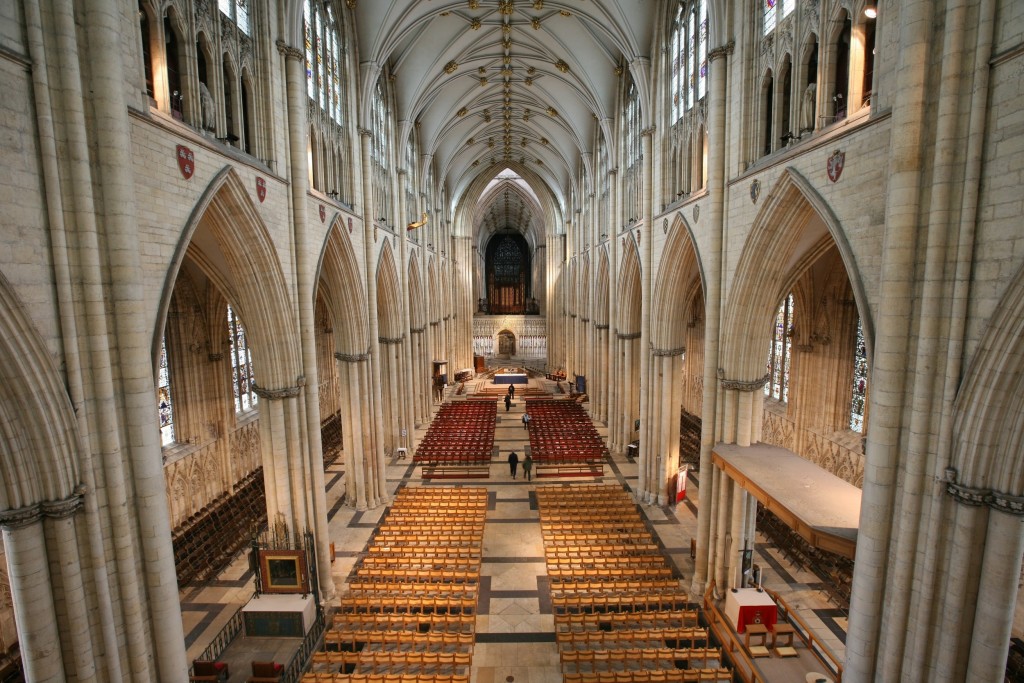 Visitors with just a short time in York make a beeline to York Minster, the largest medieval Gothic church north of the Alps. A masterpiece in stone and stained glass, York Minster dwarfs all that surrounds it.

One of the most famous cathedrals in England, York Minster (built between 1220 and 1472) merits a two- or three-hour hour visit. Start with a guided tour that leaves on the hour between 10 a.m. and 3 p.m. Then explore the recently renovated Undercroft, where the subterranean Revealing York Minster exhibition, a high-tech affair with videos and touch-screens, reveals the Roman and Norman foundations on which the present Gothic church stands. Back upstairs, see interactive galleries spotlighting the current 10-year project that will clean and repair the Great East Window, one of the largest medieval stained-glass windows in the world (now behind scaffolding but with a few panels on display). York Minster’s 128 windows hold more than half of England’s medieval stained glass.

You can get an up-close look at the windows, buttresses, gargoyles and spiky pinnacles from the outdoor catwalk, part of the self-guided “Tower Tour” to the top of the central tower, the highest point in York. The panoramic views are worth the trek, an option not for the unfit or claustrophobic. The 10-minute ascent involves 275 steps, 197 of them on a narrow, spiraling staircase. I bumped my head only once.

The York Castle Museum, opposite the Clifford Tower castle ruin, sits on the site of an old prison. In the actual cells you can hear the stories of prisoners who appear as holograms on the dungeon walls. Other museum highlights include period rooms, a cobbled Victorian street complete with storefronts and an excellent World War I exhibit commemorating the 100th anniversary of the Great War (1914-1918). 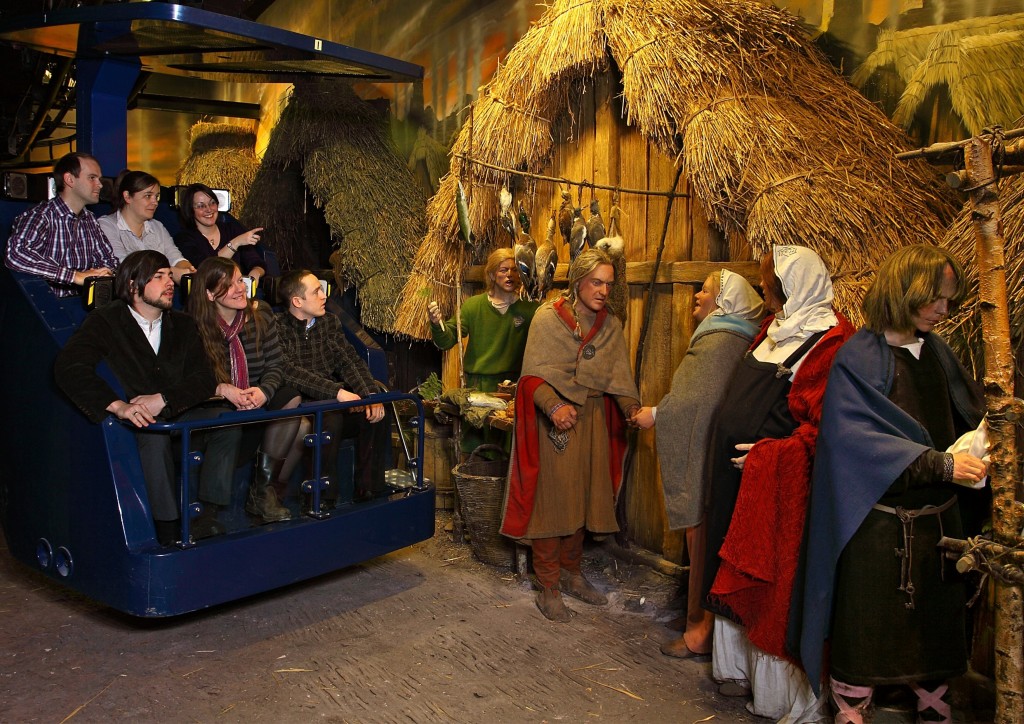 York’s Viking past vividly comes alive at Jorvik, a state-of-the-art attraction based on the findings of archaeological digs from 1976-1981. (Jorvik was the Norse word for York, which was captured by a Viking army in 866.) Viking-age artifacts on display range from skeletons to tools, pottery and amber jewelry, and there are lots of audio and video stations. On a theme-park-style tram ride through a Viking marketplace, you’ll see the cup maker making wooden cups and bowls and a tradesman carving antlers into combs; some of the Old Norse-speaking figures are animated. The gift shop offers everything from wooden daggers and drinking horns to tunics and leather helmets.

After dark, when the attractions have closed, there’s still plenty to do in York. Ghost walks are popular, and there are many to choose from. In the plaza at York Minster, I met up with a top-hatted guide from Ghost Trail who led a small group of us through the cobweb of lanes threading the historic center. York claims more ghosts than any other European city. 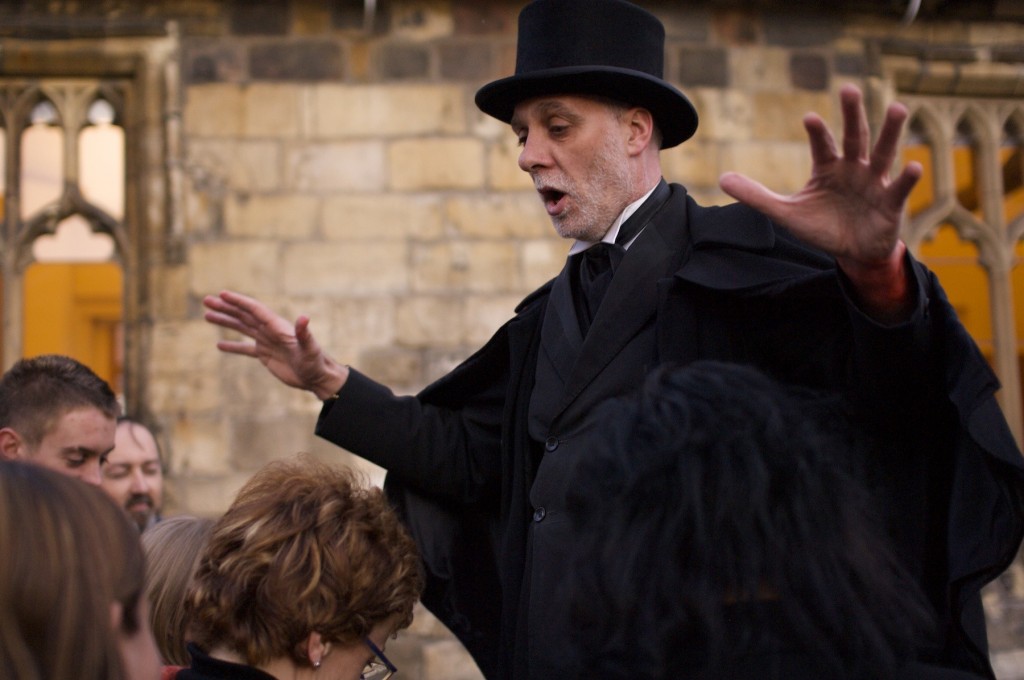 Another evening I had a delightful pub experience at Last Drop Inn, located right across from York’s Chocolate Story on Colliergate, a street with mostly Georgian houses. I ordered the “Bangers & Beer” special—with a choice of four varieties of sausages from the Old Pie & Sausage shop 30 yards away—served in a big bowl of piping-hot mashed potatoes with onion gravy and vegetables. For the beer, I had to go for the Yorkshire Terrier, a creamy golden brew served room temperature. Live music is offered after 9 p.m. on selected nights. I didn’t know it when I walked in, but Last Drop is one of three pubs operated by York Brewery, which I had just toured a few hours before with my YorkPass.

The free-admission National Railway Museum, a short walk outside the city walls, was another place on my list of York must-sees. One of the world’s great train museums, it offers a vast array of rolling stock under a glass roof covering the rail yard’s former engine shed. You can stroll through the only Japanese bullet train outside Japan, walk through an Edwardian-era luxury car made by British Pullman and learn all about the legendary Flying Scotsman, which has been making the London-Edinburgh express run since 1862. 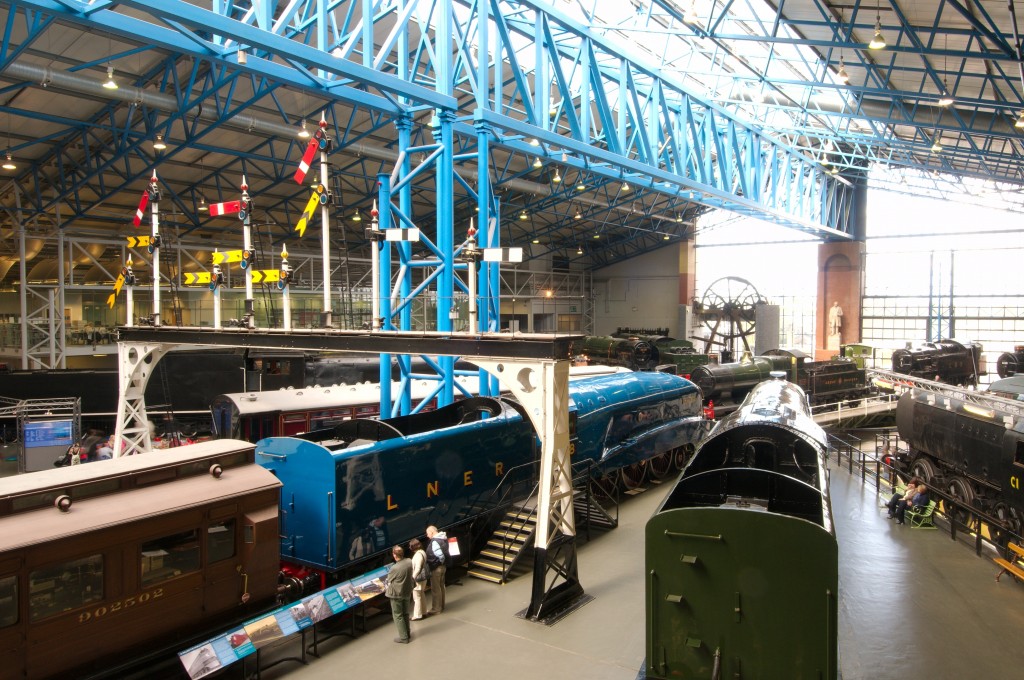 There was so much to see within a concentrated area that I could easily walk everywhere from the Novotel York Centre, where my room overlooked the River Foss. Modern, casual and designer-forward, the Novotel (a brand of the French Accor group) made a comfortable home for two nights; I encountered a number of other Americans staying there. The bountiful breakfast buffet, with everything you could imagine—from fruit, cereal, croissants and toast to eggs, bacon and sausage—was a great way to start the day. It also offered baked beans, mushrooms and tomatoes—British breakfast essentials.

Ambitious sightseers will want to get the money-saving YorkPass. Once purchased, the one-, two- or three-day pass is good for entry to more than 30 attractions and tours, plus restaurant and shopping discounts. The two-day pass is about $75.