Masterpieces of urban design fill the view from the balcony of my hotel room in the Aqua Tower, an architectural stunner itself.

In a city famed for its buildings, the 14th-floor perch affords glimpses of the tangled-metal roof of Millennium Park’s Jay Pritzker Pavilion, the dramatic Modern Wing of the Art Institute of Chicago and the “wall” of historic facades on South Michigan Avenue. Lake Michigan peeks between the high-rises here in Lakeshore East, an attractive residential development east of the Loop. 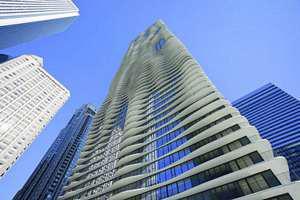 In town for a weekend of checking out what’s new in Chicago, my home for two nights is the Radisson Blu Aqua Hotel, Chicago. Open since November, the city’s newest hotel represents the North American debut of the upscale Radisson Blu brand, recognized in Europe and Asia for its cutting-edge style.

The 334-room hotel occupies the first 18 floors of the internationally acclaimed, 81-story Aqua Tower, a condominium building wrapped in blue-green glass and undulating waves of white balconies. Across the street (Columbus Drive) are the Fairmont Hotel and 83-story Aon Building, the fifth tallest skyscraper in the U.S. The underground Chicago Pedway system connects the Aqua Tower to the Loop’s State Street shopping corridor.

A blue glass cube frames the Radisson’s entrance, and various shades of blue, from navy to turquoise, accent guest rooms. The bold but cozy lobby, with cast concrete, weathered steel, brick walls and a bare floor, takes on a gritty industrial look and features a 50-foot-long fireplace backed by an intricate Egyptian brass screen.

Filini, the hotel’s shimmering Italian restaurant, features signature dishes like braised rabbit with polenta, olive oil-poached halibut and pappardelle, a cocoa-scented pasta with wild boar ragu. A glass-enclosed wine wall showcases a wide variety of Italian vintages. The downstairs bar offers pizzas made in a coal-fired oven and a selection of stuzzichini, or “little bites.”

Another new Chicago hotel is best known for its storied restaurant. The old Ambassador East Hotel, built in 1926 in the posh Gold Coast neighborhood, has been transformed by New York hotelier Ian Schrager into Public Chicago, home of the reinvented Pump Room. Once the hangout of Frank Sinatra and other Hollywood elites, the Pump Room still displays framed photographs of celebrities. But the place has been updated with bleached-oak tables, lush leather chairs, 100 hanging spheres and menus developed by super-chef Jean-Georges Vongerichten of New York’s ABC Kitchen.

The 285-room Public Chicago, stylish but understated, has a soothing, “no-color” palette, with an emphasis on whites and creams. Located amid mansions and townhouses on tree-shaded streets, the hotel is just a short walk from the lake and Rush Street nightlife. A special perk: complimentary bike rentals. 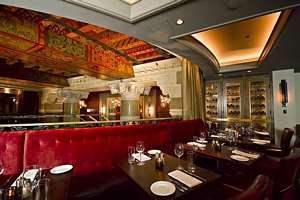 The star power of a basketball legend draws visitors to yet another new hotel dining spot—Michael Jordan’s Steak House in the InterContinental Chicago on North Michigan Avenue. Unlike his former restaurant, which was filled with Chicago Bulls memorabilia, this plush, white-tablecloth space, bathed in shades of bronze and cognac and accented with Middle Eastern motifs from the historic hotel’s lobby ceiling, has only subtle references to the man who wore jersey No. 23.

There’s a Jordan quote on one wall, the number 23 on another. The menu offers a 23-ingredient chopped salad and 23-layer chocolate cake filled with espresso ganache.

A favorite appetizer at Michael Jordan’s is the ciabatta garlic bread, a stack of crispy-soft squares drizzled with a buttermilk blue cheese fondue.

Fans of macaroni and cheese have discovered the new Southern Mac & Cheese Store, a no-frills, order-at-the-counter eatery that opened on Lake Street after the success of the Southern Mac food truck. Convenient to the North Loop theater district, the store serves up a variety of flavors ($6.99 to $8.99) in foil containers, from barbecue brisket to pulled chicken with blue cheese and buffalo sauce. Perhaps the best is the Mexican chorizo with pepper jack and cojita cheeses.

Magnolia Bakery, another comfort food option, also brings a Southern touch to the North Loop. Housed in the new Block 37 Shops mall, across from Macy’s State Street store, the offshoot of New York City’s celebrated cupcake purveyor offers plenty of other goodies besides made-from-scratch, $3 cupcakes made famous on “Sex and the City.” Cupcake flavors range from vanilla (the most popular) and chocolate to red velvet and pumpkin. The decadent muffins, brownies, whoopie pies, banana pudding, flourless chocolate cake and mini-cheesecakes also are worth a leisurely coffee stop in this homey shop decorated with aprons, egg beaters, cake molds and baking pans.

Steps away looms the new flagship Walgreen’s drugstore. But this is not just any Walgreen’s. The two-story mega-store at State and Randolph (on a site that housed a Walgreen’s from 1926 to 2005) opened in mid-January to lots of fanfare, thanks to amenities like a main-entrance sushi bar with Japanese chefs, a barista serving coffee, a juice/smoothies bar and a self-serve frozen yogurt machine dispensing nine flavors. And let’s not forget the nail salon and eyebrow bar. The upscale store has wine priced as high as $449.49.

UP Comedy Club, a hot new destination with shows seven nights a week, features the best in headline stand-up comedy, plus full-length shows and improv revues created and presented by Second City Theatricals. Located on the third floor of Piper’s Alley in Old Town, a short drive north of downtown, the club is adjacent to Second City, the comedy theater long known as a breeding ground for big stars. 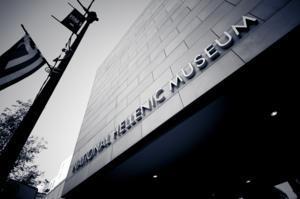 Chicago’s newest museum probes the roots of Western civilization and celebrates Greek immigrants’ contributions to American life. In a four-story building in Greektown, west of the Loop, the National Hellenic Museum, which opened in December, bills itself as the “newest thing in ancient history.” The only major museum in the U.S. dedicated to Greek (Hellenic) culture, it was formerly housed above a restaurant one block down Halsted Street, Greektown’s main thoroughfare.

The museum will be more worth a visit (adult admission is $10) when its core exhibit on the second floor, “In Search of Home: The Greek Journey from Myth to Modern Day,” is ready later this year. In the meantime the second floor offers a preview of the exhibit with designers’ drawings and notes from curators scrawled in marker.

The museum’s main offering through August is “Gods, Myths and Mortals: Discover Ancient Greece,” a first-floor exhibition developed by the Children’s Museum of Manhattan. Kids can climb inside a 12-foot Trojan horse, learn about the “Iliad” and “Odyssey” at computer stations, test their knowledge of ancient Greek gods and goddesses in a push-button display, and take part in other hands-on activities.