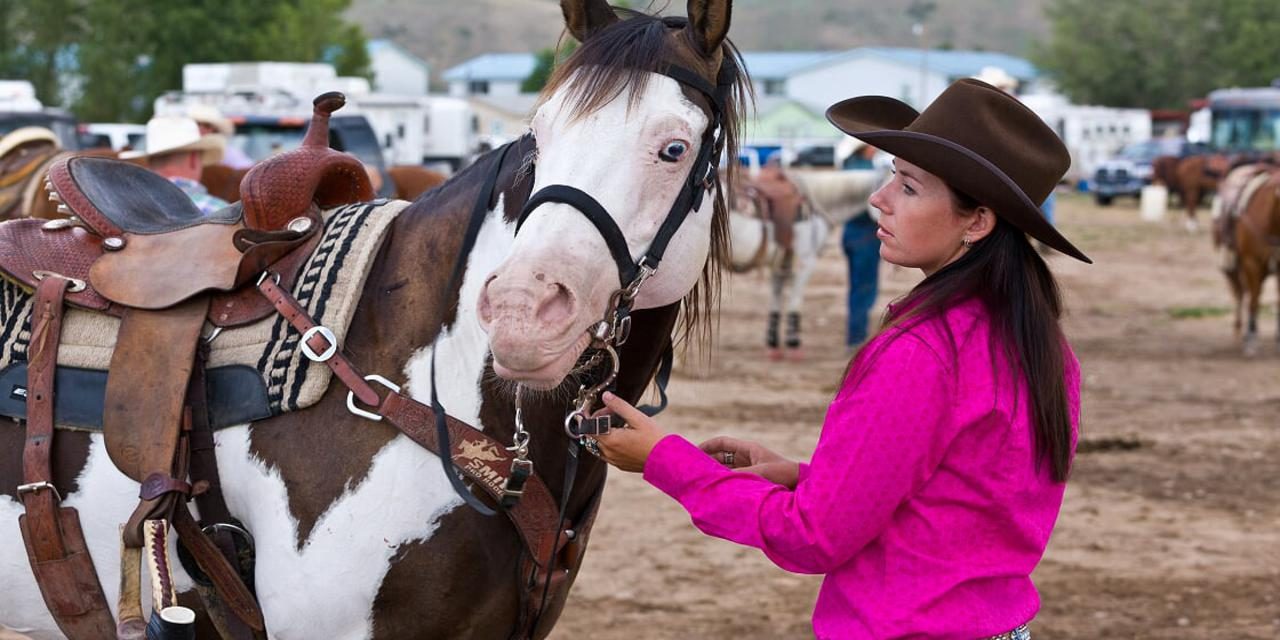 Originating in Mexico in the 1500s, cowboy culture played an important role during the era of U.S. westward expansion. By the 1800s, the American cowboy had created a reputation and iconic lifestyle that was glamorized in countless books, with movies and television shows following in the 20th century. It was a hard life, and while over the years the number of working cowboys has declined, Western culture remains alive and well throughout Colorado in its attractions, museums, ranches, entertainment and special events, cuisine, craftsmanship and, of course, rodeo

Rodeo is to the American cowboy what soccer is to most of the world. Colorado’s Western spirit thrives at rodeos across the state, from January’s National Western Stock Show in Denver to July’s Cattlemen’s Days in Gunnison. They feature the pros in such events as bronc riding, steer wrestling, team roping, barrel racing and bull riding. Concerts by top-notch country entertainers add musical magic to the competitions. 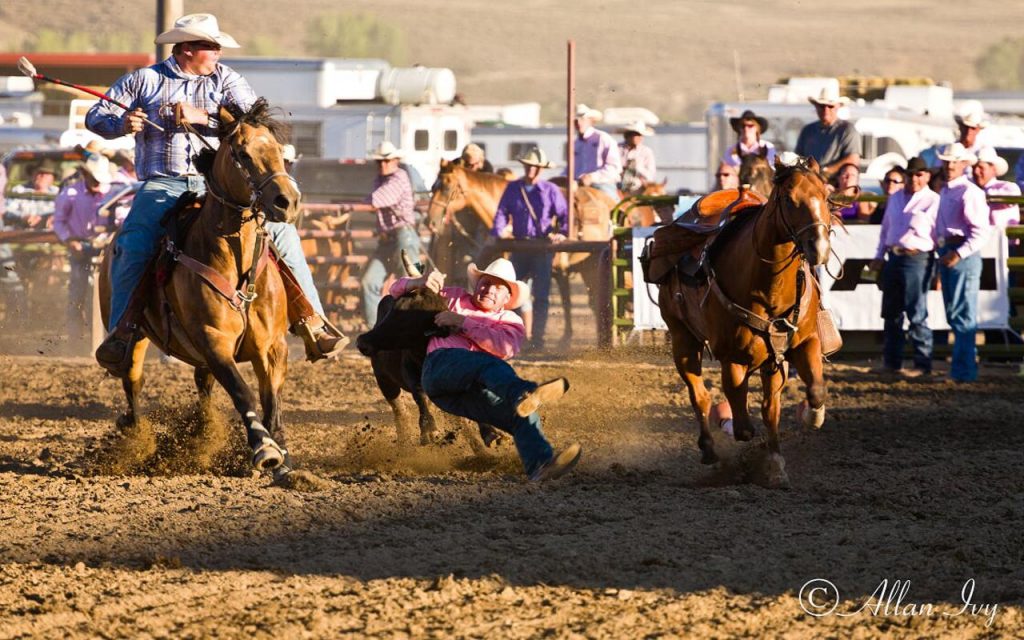 Rodeos throughout Colorado, such as July’s Cattlemen’s Days in Gunnison, feature events like steer wrestling, bronc riding and barrel racing.

Take a step back in time and experience the Wild West at Buffalo Bill Days in Golden, Colorado. Activities include everything from mutton busting to a parade, all in honor of Buffalo Bill. While in Golden, check out the historic downtown area, which dates back to the early 1850s when the first settlers came looking for gold.
Cowboy poetry festivals are popular and take place throughout the state. Performances and stories portray the colorful culture and strong heritage that define true American cowboy culture.

The chuckwagon is a symbol of the rugged individualism and pioneer spirit of the American frontier. This romantic image of the West can be found at chuckwagon dinner experiences throughout Colorado. Each one is unique, but family-friendly entertainment and plenty of delicious food are constants throughout. The M Lazy C at Lake George, west of Colorado Springs, delights groups with a delicious grill-cooked dinner and a Western music show. Also enjoy a hayride and a campfire under the star-studded Colorado sky.

Museums attest to Colorado’s proud cowboy culture. In the Gunnison-Crested Butte Valley, visit historic schoolhouses and rail yards at the Gunnison Pioneer Museum. Go back in time to the days of Tony’s Conoco, a hardware store and gas station located in downtown Crested Butte from 1883-1996. Exhibits include information about early miners who made Crested Butte their home, a model train and a feature on the history of skiing in the Gunnison Valley.

The ProRodeo Hall of Fame & Museum of the American Cowboy in Colorado Springs pays tribute to cowboys (men and women) participating in the professional sport of rodeo. Live rodeo animals are part of the museum.

Located in the Pikes Peak Region, the Ghost Town Museum was created in 1954 to preserve a piece of Colorado’s Wild West heritage. It is housed inside a historic stone structure and offers hands-on activities, such as cranking a butter churn and operating an old-time arcade or nickelodeon. A short film on the gold mining era is followed by panning for real gold in the seasonal panning areas. 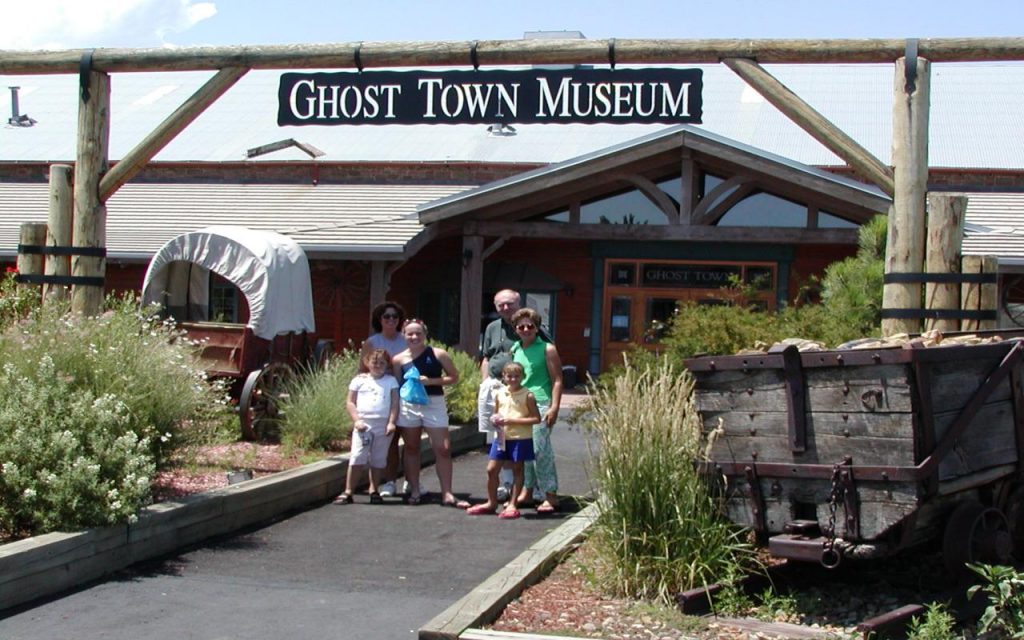 One of the most famous cowboys in history, William F. “Buffalo Bill” Cody epitomized the Old West. Upon his request he was buried atop Lookout Mountain, just a short drive from Denver, in 1917. The Buffalo Bill Grave and Museum opened in 1921 and offers a look into life in the Old West, with exhibits on Cody’s life, the Wild West shows, Indian artifacts including Sitting Bull’s bows and arrows, Western art and firearms. Every February the museum hosts a Buffalo Bill Birthday Celebration featuring costumed volunteers discussing the Native Americans, cowboys and buffalo that were such a vital part of Buffalo Bill’s life.

All of this and much more throughout Colorado provide a glimpse of a strong, independent and romantic Western heritage. Have your group discover for themselves and along the way experience the downhome hospitality and natural beauty that make Colorado so appealing.