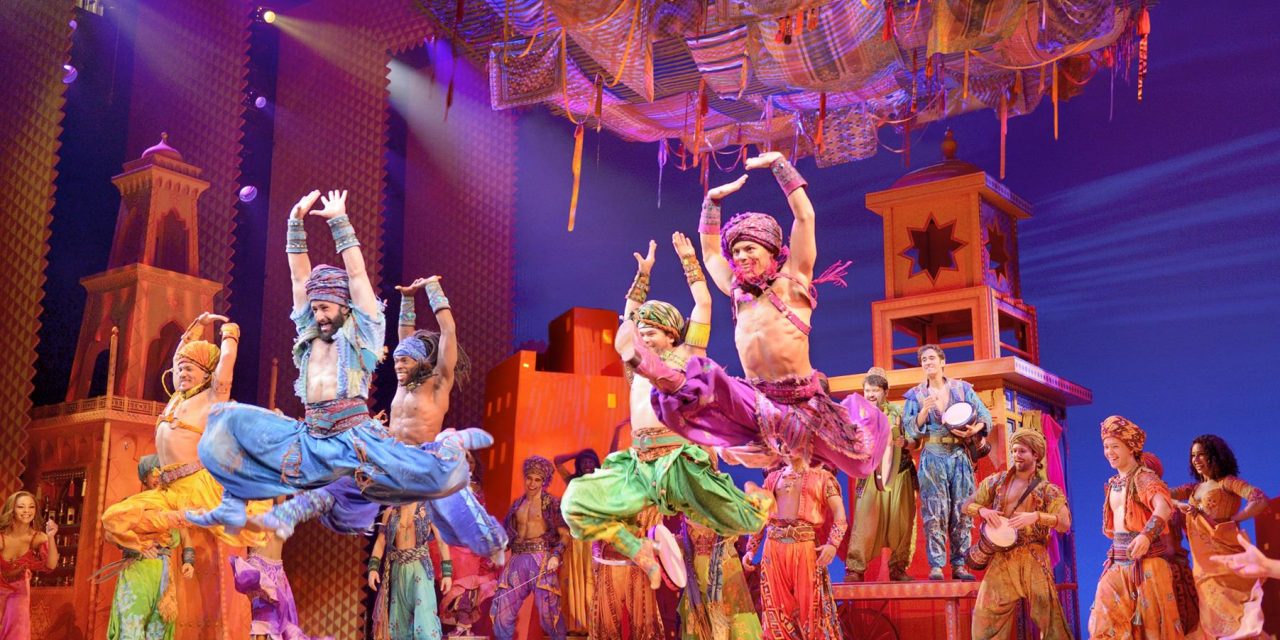 Just as show tickets and the lights of Broadway add zip to a classic whirl around New York City, a visit to London wouldn’t be complete without an evening at the theater. After all, the city on the Thames was the home of William Shakespeare, the greatest English playwright of all time, and today this hotbed of creativity, glitz and glamour is considered the cultural capital of Europe. At any one time the choice includes more than 200 offerings, from serious plays to splashy musicals.

London’s West End theater district, accented with bright marquees and alive with trend-setting cafes and restaurants, is a magnet for tourists. Long-running favorites like The Phantom of the Opera and Disney’s The Lion King pack visitor appeal, as does the ever-changing crop of new shows that energize the London theater scene. Across the Thames, on the South Bank, popular venues include Shakespeare’s Globe, an authentic reconstruction of the open-air theater where the Bard’s dramas and comedies enthralled Elizabethan audiences. 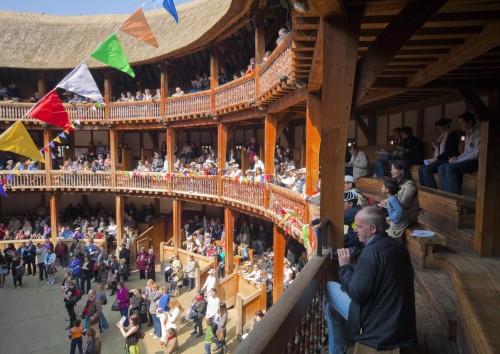 For Shakespeare fans, this is the perfect year to be in London, as the city observes the 400th anniversary of the Bard’s death with special programs, displays and events. Plays at Shakespeare’s Globe are limited to the warmer months, with the upcoming “Wonder Season” featuring Midsummer’s Night Dream April 30-Sept. 11; The Taming of the Shrew May 13-Aug. 6; MacBeth, June 18-Oct. 1; Imogen (a re-framing of Cymbeline), Sept. 17-Oct. 16; and Merchant of Venice, Oct. 4-15. Seating in the Globe’s three levels of galleries is on wooden benches, while “groundlings” stand on a carpet of hazelnut shells and cinder. Tours of the half-timbered, thatched-roof theater are available, and there’s an excellent museum with artifacts, videos and touch screens.

International visitors who flock to the West End—in the Soho neighborhood around Shaftesbury Avenue, close to the Leicester Square Tube stop—go for the best-known musicals. As on Broadway in New York, movie and TV actors often lend their star power. Most shows are nightly except Sunday, with two or three matinees a week.

The Phantom of the Opera, with jaw-dropping scenery and Andrew Lloyd Webber’s mesmerizing score, is now in its 30th year at Her Majesty’s Theatre, still going strong after more than 12,000 performances. The Lion King has been playing the Lyceum Theatre since 1999. Other reliable crowd-pleasers include Wicked, Mamma Mia!, Les Miserables, Jersey Boys, The Book of Mormon and Matilda. 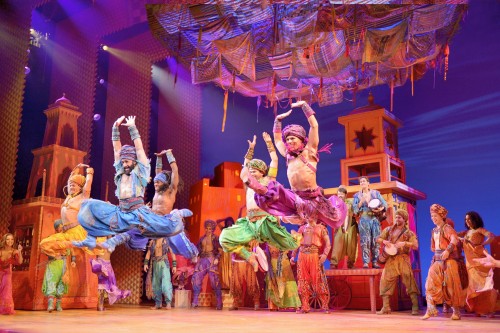 Besides The Lion King, Disney fans can see Aladdin, a New York winner that makes its West End premiere on May 27 at the Prince Edward Theatre. Broadway’s successful Beautiful: The Carole King Musical just celebrated its first anniversary at London’s Aldwych Theatre and has been extended to February 2017.

Lloyd Webber’s next blockbuster will be School of Rock, a Broadway smash that will make its UK premiere at the London Palladium in 2017. A stage adaptation of the Jack Black movie about a wannabe rock star who becomes a teacher at a posh school, the show is now in search of a cast of 39 child performers who will sing, dance and play instruments as the musical’s talented school class.

Dreamgirls, another Broadway musical making its UK premiere, opens in November at the Savoy Theatre and will star American actress and singer Amber Riley, who played Mercedes Jones in TV’s Glee. Inspired by R&B music acts of 1960s America, Dreamgirls opened in 1981 and won six Tony Awards. Originally choreographed by A Chorus Line co-creator Michael Bennett, the show will keep a large portion of the dance moves from its Broadway debut. Most recently, the musical was adapted into an Oscar-winning film starring Beyonce Knowles.

Fans of the 2004 comedy-drama Sideways which also earned Oscars, will be able to catch the stage adaptation at London’s St. James Theatre from May 26 to July 9. The tale about middle age tells the story of 40-something friends Miles and Jack, who head to Santa Barbara for a week of wine tasting.

Actress Glenda Jackson, a double Oscar winner, returns to the stage this fall after a 25-year absence to play the title role in Shakespeare’s tragic King Lear at the Old Vic theater. The former Member of Parliament, who retired from politics last year, follows in a long line of women who have taken on male Shakespearean roles. Jackson, 79, is best known for such films as Women in Love Mary, Queen of Scots and A Touch of Class.

Legendary stage and screen actor Michael Crawford, who starred in the title role of The Phantom of the Opera when it debuted in 1986, returns to the West End for the first time since his performance in Lloyd Webber’s The Wizard of Oz at the London Palladium in 2012. He takes the lead in a musical version of L.P. Hartley’s The Go-Between, a stage adaptation of the classic 1950s novel about an elderly man who unintentionally unlocks memories of a past he had long since left behind. The show opens at the Apollo Theatre on May 27 and runs to Oct. 15.

Funny Girl, the Broadway phenomenon and movie that gave Barbra Streisand her big break in the 1960s, moves from its sold-out run at the Menier Chocolate Factory to the Savoy Theatre for a 12-week season starting April 20. Featuring songs like “People” and “Don’t Rain on My Parade,” the musical is based on the life of Fanny Brice, who performed in films and on the stage. 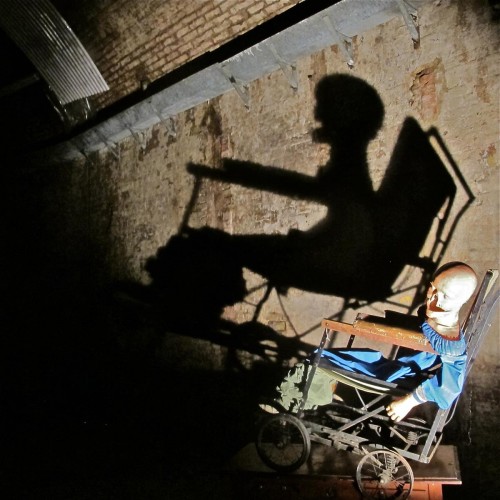 For something a little out of the ordinary, consider the world theater premiere of Goosebumps Alive, an interactive show based on the popular book series by R.L. Stine. Playing from April 6 to Sept. 4 at The Vaults, a cutting-edge arts venue under Waterloo Station, the production (for adult audiences) is presented promenade-style, as audience members wind their way through the abandoned railway tunnels of The Vaults and through a series of spine-tingling scenes inspired by some of Stine’s most iconic creations, including Stay Out of the Basement, One Day in Horrorland, Night of the Living Dummy and Say Cheese and Die! They need to steel themselves for experiences like being buried alive, witnessing a flock of birds crash into a window and being grappled by monsters (even in the toilets). Goosebumps Alive uses special effects, puppets, animatronics and artwork from the original book jacket illustrator. A children’s version of the show will run on weekends and holidays.

From spooky stories and Shakespeare classics to electrifying, big-name musicals, the spring, summer and fall calendar certainly promises tour groups some riveting fare for a jolly good night on the town.