Trails to Adventure in Illinois 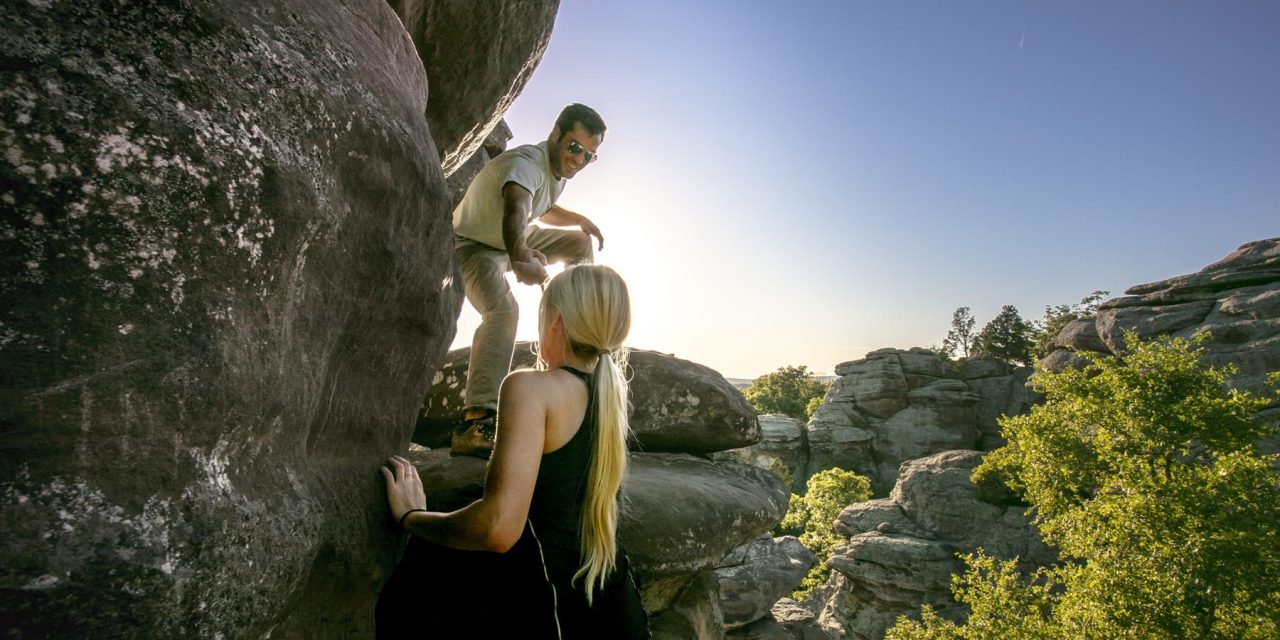 Covering a broad swath of Southern Illinois, the unspoiled scenery of Shawnee National Forest provides a refreshing change of pace in a state better known for its rich farmland and urban lifestyles. In this wooded kingdom stretching from the Ohio River in the east to the Mississippi in the west, recreation-seekers revel in geological wonders, inspiring vistas, lush canyons and rolling hills threaded with hiking paths through old-growth oak-hickory forests.

Illinois’ only national forest defines common perceptions of the Trails to Adventure tourism region, whose southern reaches encompass a vast natural playground called the Shawnee, or Ozark, hills. Yet the region’s northern tier embraces endless expanses of flat lands, which, like most of Illinois, resulted from long-ago glacial activity that leveled the terrain north of Carbondale and Marion. So, there’s a mix of topographical features including lakes, creeks, cypress swamps and low-lying river deltas, that blanket the tip of Illinois where it meets Missouri and Kentucky. (The word “trails” in the name Trails to Adventure suggests both outdoor recreational opportunities and the state’s leading wine trail.) 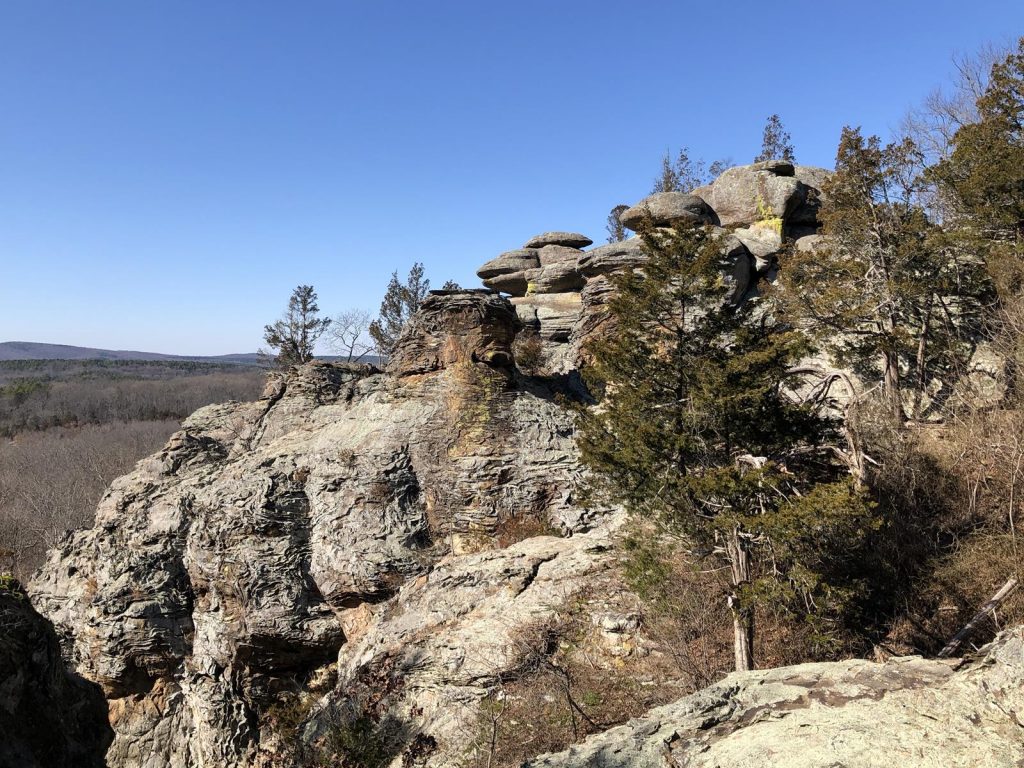 Garden of the Gods

Garden of the Gods is the most popular of seven designated wilderness areas in Shawnee National Forest. Located on the forest’s eastern side, a half-hour southeast of Harrisburg, the awesome realm of sculpted sandstone pinnacles and bluffs seems out of place in the Prairie State. Observation Trail, a quarter-mile flagstone path with interpretive panels, takes hikers through massive boulders affording spectacular overlooks of the pristine woodlands. Scrambling among clifftops, visitors can go wild taking pictures, but signs urge caution—it’s a long fall. The trail’s most photographed sight is Camel Rock, a formation depicted on the Illinois quarter in the U.S. Mint’s 2016 America the Beautiful Quarter series. Devil’s Smokestack, a thin spire of rock, is another trail highlight. 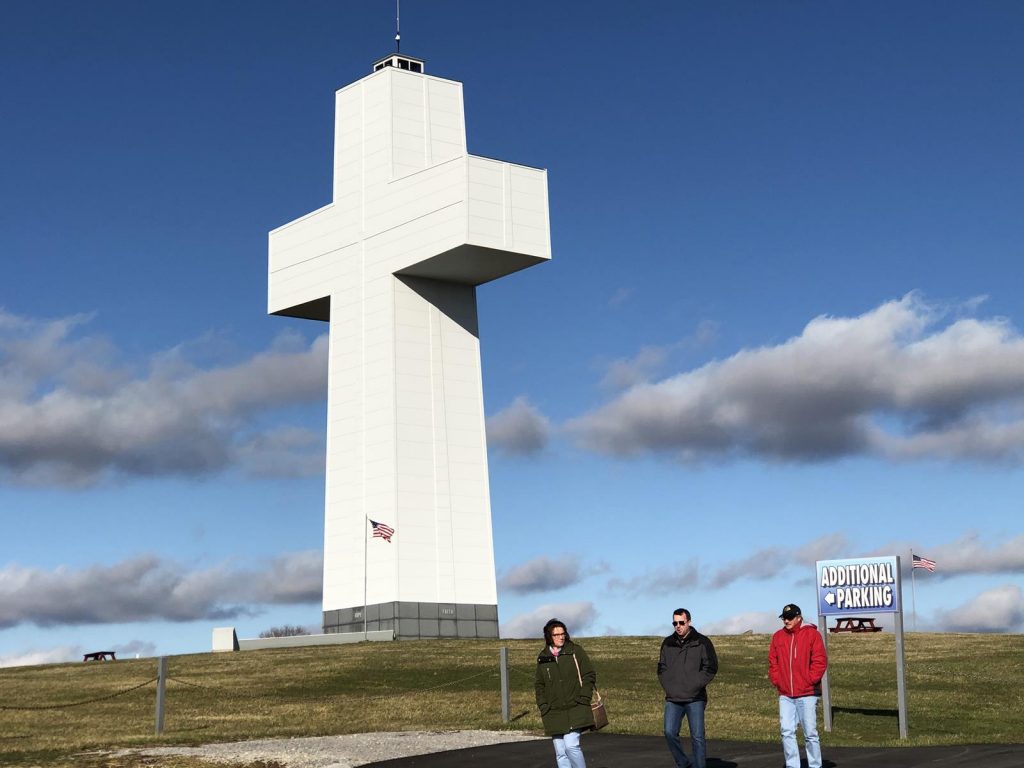 A manmade landmark attracts sightseers to the national forest’s western flank. Bald Knob Cross of Peace, soaring 111 feet into the heavens, sits atop 1,000-foot Bald Knob Mountain near the community of Alto Pass. Tour buses are able to negotiate the winding three-mile road to the visitor center, where a video tells the history of the bright white cross constructed of porcelain-veneer steel panels affixed to a steel framework. Bathed at night in 40,000 watts of light, the beacon—built as a testament to God’s love and the Christian values of faith, charity, hope and peace—can be seen for miles. The plaza surrounding the cross has interpretive panels with Scripture from the Bible, details on the cross itself and points of interest on the horizon, including views of the Mississippi River Valley. When completed in 1963, Bald Knob Cross was the largest cross in the Western Hemisphere. It is best known as the site of an annual, non-denominational Easter sunrise service.

Eleven wineries tucked in the hills and hollows of Alto Pass, Cobden, Makanda, Pomona and other communities make up the 40-mile Shawnee Hills Wine Trail. The most popular time to visit is fall, when harvesting is in full swing and summer’s heat has subsided. Besides touring and tasting, groups can dine—indoors or outdoors—at the wineries, which offer full menus. Many tasting rooms command sweeping views of the vines. The trail’s first winery, Alto Vineyards, opened in 1988, and in 2006 the Shawnee Hills region was recognized as an American Viticultural Area (AVA) for its distinctive wine-growing attributes. Together, the wineries have won more than 1,200 awards. Some of them make non-grape wine, beer and hard cider.

Just east of wine country lies Giant City State Park, one of several state parks in the Trails to Adventure region. Nestled in Shawnee National Forest, not far from Makanda and Carbondale, the park draws hikers eager to squeeze between the massive sandstone walls on the one-mile Giant City Nature Trail. The park’s rustic lodge, built in the 1930s by the Civilian Conservation Corps, awes first-time visitors with its massive white-oak timbers and sandstone blocks. The spacious Bald Knob dining room is famed for all-you-can-eat fried chicken dinners served family-style. Nearby are 34 cabins and an 82-foot water tower with an observation deck offering panoramas of the picturesque bluffs, ridges and canyons. Giant City Stables offers guided horseback rides.

Another way to view this area is from the high-adrenaline adventure course provided by the Shawnee Bluffs Canopy Tour near Makanda. It consists of eight zip lines, three aerial suspension bridges and three short ground hikes.

Cave-in-Rock State Park, on the far eastern edge of the national forest, overlooks the Ohio River and shores of Kentucky. Its chief attraction is the 55-foot-wide cavern carved out of a riverside bluff, a former hideout for outlaws and pirates. Perched high atop Pirates’ Bluff, with a terrace providing views of barges and other river traffic, is a restaurant celebrated for its catfish dinners and desserts like pecan pie, peanut butter pie and blackberry cobbler. One wall displays scenes from the 1956 Walt Disney film Davy Crockett and the River Pirates, which was filmed at the park, one of many stopping points on the 188-mile Illinois portion of the Ohio River Scenic Byway.

Fort Massac State Park, adjacent to the Ohio River town of Metropolis, occupies the site of a frontier fort built in the 1700s by the French when they took control of what was called Illinois Country. A reconstruction of the timber fort as it looked in 1802 under American control invites photos, but for structural reasons the buildings cannot be entered. A video and exhibits in the visitor center, however, shed light on this strategically situated outpost, which was visited by luminaries such as General Andrew Jackson and explorers Meriwether Lewis & William Clark.

Metropolis’ identity as a tourist destination is wrapped up in its Superman attractions, which take advantage of the fact that Metropolis was the name of the fictional city in Superman TV episodes, movies and comic books. Visitors converge on Superman Square, where they pose in front of the 15-foot-tall bronze Superman Statue at the Massac County Courthouse; the base is inscribed “Truth – Justice – The American Way.” Across the square, they pose again at Superman cut-outs in front of the Super Museum, which contains the largest collection of Superman memorabilia anywhere. This Market Street shrine to the “Man of Steel” is crammed to the rafters with such treasures as the costume worn in 1951 by George Reeves, who starred in The Adventures of Superman TV series. Also on display are props from the old TV show, movie posters, paintings and statues, plus lunch boxes, food products, watches, neckties, and toys bearing the Superman logo. The museum gift shop abounds with souvenirs devoted to the caped hero. Other Market Street stores sell antiques, clothing and gifts, along with Superman items.

The Metropolis riverfront, a few blocks away from downtown shops, is home to Harrah’s Metropolis Casino, which offers 28 table games, some 800 slot machines and a buffet restaurant specializing in Southern and country-style cuisine.

The town of Marion (pop. 17,200) is a key stop for tour groups thanks to the variety of lodging and restaurants just off Interstate 57. Downtown’s Williamson County Historical Society Museum, housed in an old jail/sheriff’s residence, contains more than 20 rooms focusing on local and Southern Illinois history, with collections ranging from Civil War and Native American relics to quilts and coal mining equipment. Marion’s Old Town Square historic district has a half-dozen antique stores. The Vault Cafe on the Square occupies a former bank, and you can eat in the vault. From early May to early September, catch a minor league baseball game at Marion’s Rent One Park, home of the Frontier League’s Southern Illinois Miners.

The glory of Mother Nature is on full display at Crab Orchard National Wildlife Refuge, a short drive from Marion. Its wetlands, woodlands and grasslands include three lakes and harbor a variety of waterfowl and other wildlife, which can be spotted from nature trails and a nine-mile auto loop. Cypress Creek National Wildlife Refuge, to the south of Crab Orchard, is part of the Lower Cache River Basin, a swampy domain with ancient bald cypress trees, some more than 1,000 years old. Visitors in neighboring Cache River State Natural Area, one of the Midwest’s most beautiful and accessible swamps, can explore the wetlands via canoe and hiking trails. 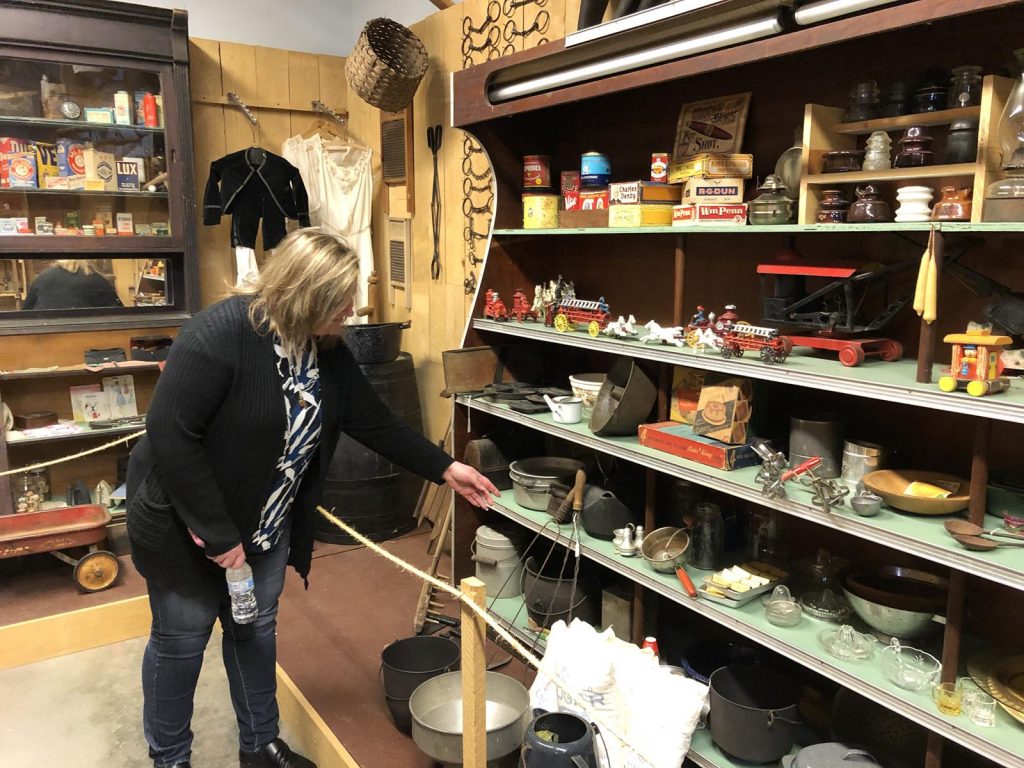 Pinckneyville (pop. 5,700), about an hour northwest of Marion, bills itself as “The Friendly Little City” and has several attractions ideal for group tour itineraries. The world of agriculture comes alive at the 17,000-square-foot Illinois Rural Heritage Museum, which spotlights area farm life through a wealth of artifacts, including tools and machines for plowing fields, planting corn, processing pork and making brooms. Exhibits in the two cavernous buildings also portray small-town life of yesteryear—in a general store, doctor’s office, modest home and other antique-filled period rooms built for the museum. Many visitors are intrigued with the vintage caskets and paraphernalia rescued from funeral homes of the past. Your travelers’ curiosity also will be piqued at Pinckneyville’s Perry County Jail Museum, where they can have their pictures taken in the old cells decorated with prisoner artwork. The combination jail and family home of the sheriff dates back to 1871. Some rooms showcase chapters in local history, and one contains a replica one-room school. Before leaving town, take yet another trip down memory, this time at the Pinckneyville Antique Mall.

Guided tours of one of the world’s largest and most beautiful carillons are available in downtown Centralia. Reminding one of a lighthouse, the 16-story-tall Centralia Carillon is a musical instrument consisting of bells played with a baton-like keyboard that is connected to the clappers of bells by a transmission system. A tour involves climbing 173 steps up the tower and a demonstration of the 65-bell carillon, with the bonus of panoramic views. A few blocks away is another crowd-pleaser attraction, the Centralia Area Historical Museum, which takes up two floors of an old wholesale foods warehouse. The perfect lunch spot for groups touring Centralia is Jerry’s Grill & Bar, which has spacious rooms and an extensive menu that lists everything from the breaded pork tenderloin sandwich to Mexican and Chinese favorites.

A short drive from Centralia leads to Carlyle Lake, the largest manmade lake in Illinois, which has beaches and opportunities for fishing, boating and hiking. Five  wineries in the area make up the Carlyle Lake Wine Trail. Hidden Lake Winery in Aviston, for example, is a big place with a lovely outdoor patio looking out on a private lake. Tours can be arranged, and food is served. 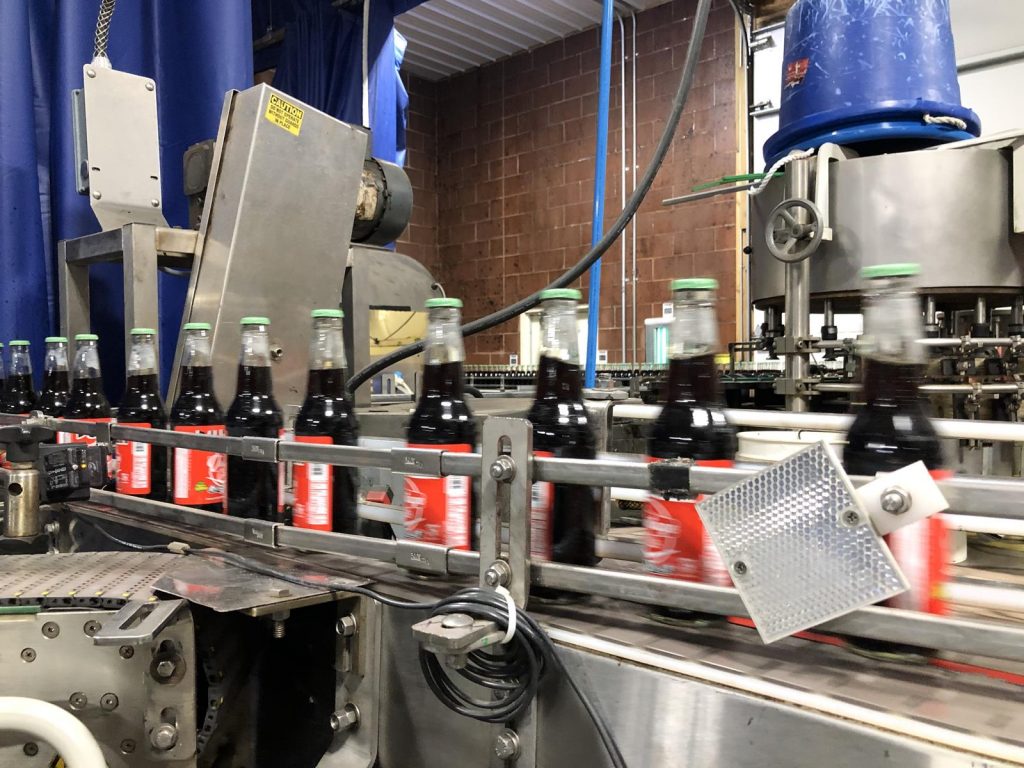 If soda pop is more your group’s style, make tracks for Excel Bottling Company, the only independent bottler in Illinois that still uses returnable bottles. Some machines in the plant, a fifth-generation family business, date back to the 1930s. Excel’s popular Ski brand, a citrus-y pop not unlike Mountain Dew, is ubiquitous in Southern Illinois and neighbor states. All the soft drinks, including Frostie Root Beer and Blueberry Breese, are made with cane sugar. Tours of the laboratory and bottling line offer samples not only of pop but craft beer as well. Excel’s signature Radler is a combo of grapefruit soda and hoppy wheat beer. The company recently added teas (premium black, hibiscus lemon and ginger strawberry) and fruity sparkling waters to its product line.