Tucked in east-central Wyoming, near Casper Mountain, lies Casper, a city where crude oil was discovered during the late 1800s. “Oil City,” now the second largest city in Wyoming, began as a site for Mormon settlers seeking land along the Oregon, Mormon and California trails in 1847. 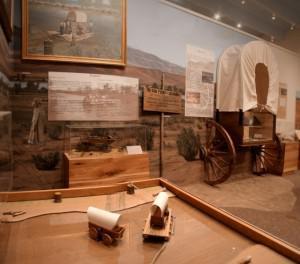 The Fort Caspar Museum and Historic Site, located on the Oregon, California, Mormon and Pony Express trails, is central Wyoming’s regional museum. It has a reconstruction of an 1847 Mormon Trail ferry as well as innovative exhibits on the prehistoric era, Western emigrants and the frontier army. Groups can also tour the rebuilt 1865 military fort.

Historic Trails West gives wagon train and horseback tours of the California, Mormon and Oregon trails from Fort Caspar. There are also overnight and four-hour horse or wagon expeditions where groups can learn the history of battles, mountain men, settlers and Indian bands. Groups can visit Indian tipi villages during these excursions and see reenactments of battles that took place in the area.

The Nicolaysen Art Museum and Discovery Center offers exhibitions and tours of contemporary art from national and regional artists. The museum prides itself on being the only museum in the state known for its collection of contemporary arts of the Rocky Mountain region. 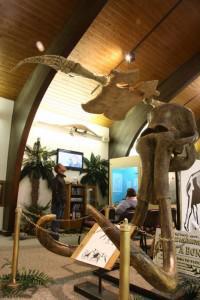 The Tate Geological Museum, located on the Casper College campus, features fossils, meteorites, jade and other minerals. The museum offers guided tours to learn about specimens and fossils, as well as an interpretative tour that provides an educational scavenger hunt.

Werner Wildlife Museum, also at Casper College, offers exhibits of specimens and virtual tours of birds and other wildlife native to Wyoming and other Western states, plus wildlife around the world.

The Wyoming Veterans and Memorial Museum pays homage to the veterans with displays of uniforms and military artifacts, plus oral and video recordings.