The Past Comes Alive in Historic Staunton, Virginia 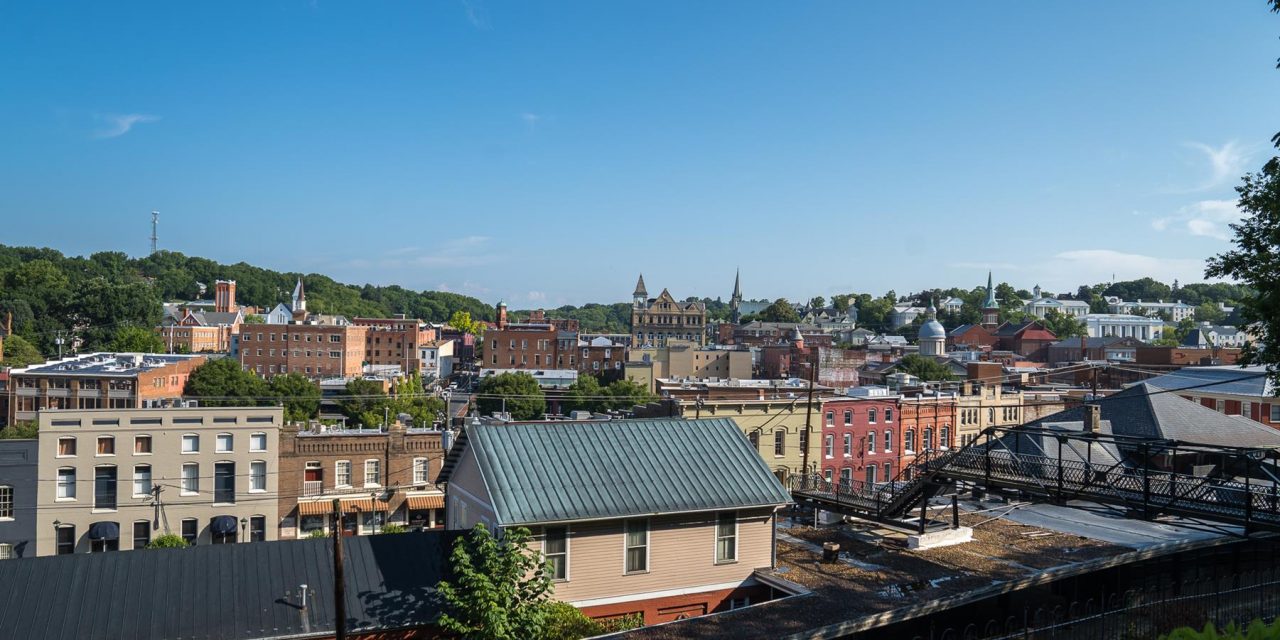 For a small town, Staunton is big on culture, claims more than its share of historical riches, and has an air of coolness and sophistication that belie its location in the mountains of western Virginia. It is blessed with one of the best downtown streetscapes in the country, boasts a Shakespeare theater and the birthplace of a U.S. president, and is home to Mary Baldwin University, whose cream-colored buildings enhance the town’s impressive architectural profile.

Staunton (the “u” is not pronounced, so say “STAN-ton”) lies in the heart of the Shenandoah Valley, about a half hour from Charlottesville and two hours from the Washington, D.C. metro area. Situated at the intersections of Interstates 64 and 81, the pretty town is a short drive from the Blue Ridge Parkway and Shenandoah National Park’s Skyline Drive.

One of the oldest cities west of the Blue Ridge Mountains, Staunton saw its first settlers in the 1720s, most of them from Pennsylvania, Maryland and eastern Virginia. Many were German-born or the Pennsylvania-born children of German-speaking Protestant immigrants, while others came from Ulster province in the north of Ireland.

Visitors to Staunton gravitate to the shops and galleries along the brick sidewalks of downtown’s Beverley Street, which is flanked by well-preserved structures built between 1870 and 1920, a boom period fueled by the growth of the Virginia Central Railroad. (Staunton today is an Amtrak stop, and the old depot area, The Wharf, is one of its six nationally recognized historic districts.) Because the town escaped the brunt of destruction during the Civil War, it has pre-war homes and churches as well. An architectural walking tour map, illustrated with color photos, covers all six districts. Walking and trolley tours are offered by Staunton Guided Tours, which can provide step-on guide service for motorcoach groups. 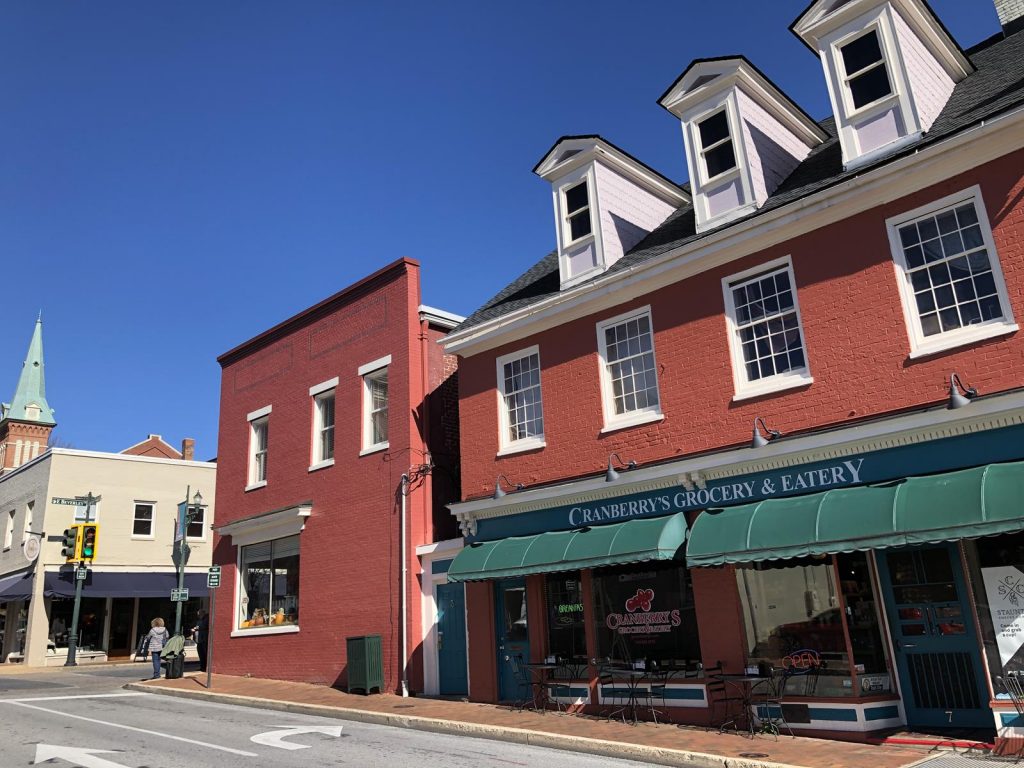 A stroll down Beverley Street reveals stores like the Staunton Antiques Center, Once Upon a Time Clock Shop, Black Swan (books and music) and Victoria’s British Emporium (teas, linens, collectibles, fashions). The Warehouse deals in dollhouses and miniatures, while adjacent J. C. General Merchandise has model kits. On one corner, the Beverley Cigar Store occupies the castle-like Marquis Building, an 1891 brick beauty in the Romanesque style. The Camera Heritage Museum, with a vast collection of antique cameras and lenses, is the largest such museum open to the public in the United States; tours are available. Glassblowing demonstrations at Sunspots Studios on Lewis Street also spice up group itineraries.

Trinity Episcopal Church, just a block down from Beverley Street’s retail corridor, highlights exploration in the Newton Historic District, where some of the homes date back to the late 1700s. Of special note in the 1855 Gothic Revival church are 12 stained-glass windows from Tiffany Studios in New York.

Downtown shops are just a hop, skip and jump away from the 124-room Stonewall Jackson Hotel & Conference Center, a red-brick landmark that opened its doors in 1924, was restored and expanded in 2005, and reintroduced with a stylish renovation in 2018. A member of Historic Hotels of America, Staunton’s tallest building sports a landmark of its own—the rooftop’s “Stonewall Jackson” neon sign. Many of the hotel’s original features have been beautifully preserved, including the marble staircase to the mezzanine and the mezzanine’s 1924 Wurlitzer piano/organ. The Magnolia South restaurant serves a full breakfast buffet. 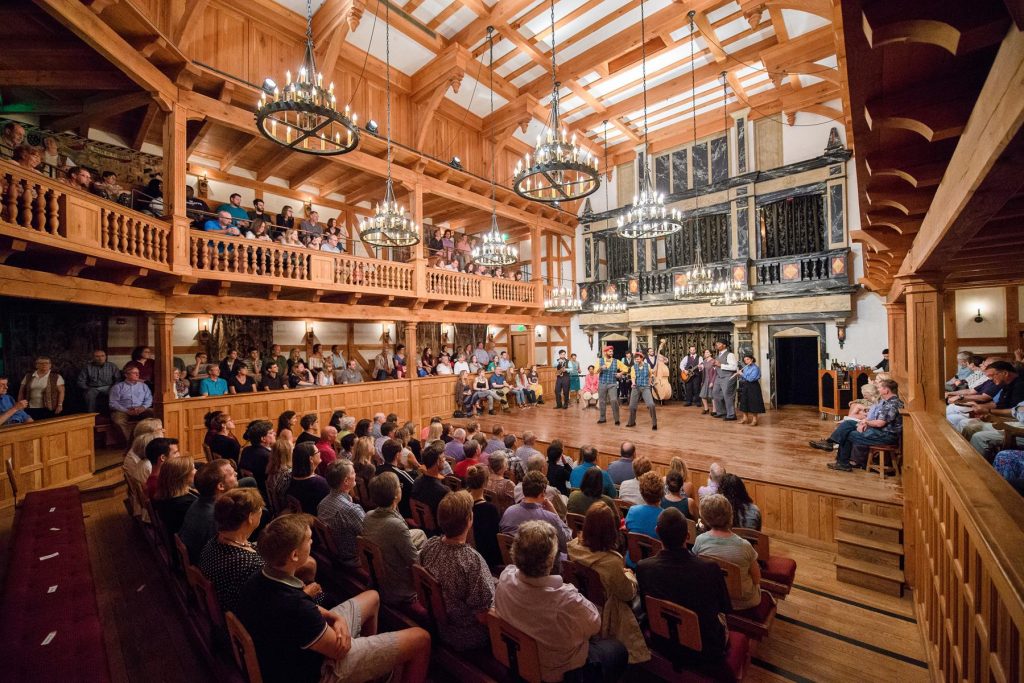 Next door to the Stonewall Jackson is American Shakespeare Center’s Blackfriars Playhouse, the world’s only re-creation of William Shakespeare’s indoor theater in Elizabethan London. (The only other place that re-creates a Shakespeare playhouse is London’s Globe, an outdoor theater.) One-hour tours of the theater, built in 200l, focus on its historical predecessor and the inner workings of a professional company that presents more than a dozen plays in rotating repertory each year. ASC’s playbill this year includes Othello and The Merchant of Venice. Contemporary plays, musicals and concerts also take place at Blackfriars, and A Christmas Carol is a beloved holiday tradition there. The ASC touring troupe brings Shakespeare to East Coast communities each fall and to Texas in January.

Also lending prestige to Staunton is the Woodrow Wilson Presidential Library & Museum, a complex that includes the Presbyterian Manse, the Greek Revival house where the 28th president was born on December 28, 1856, and spent the first year of his life. At the time, his father was pastor of the First Presbyterian Church in Staunton. 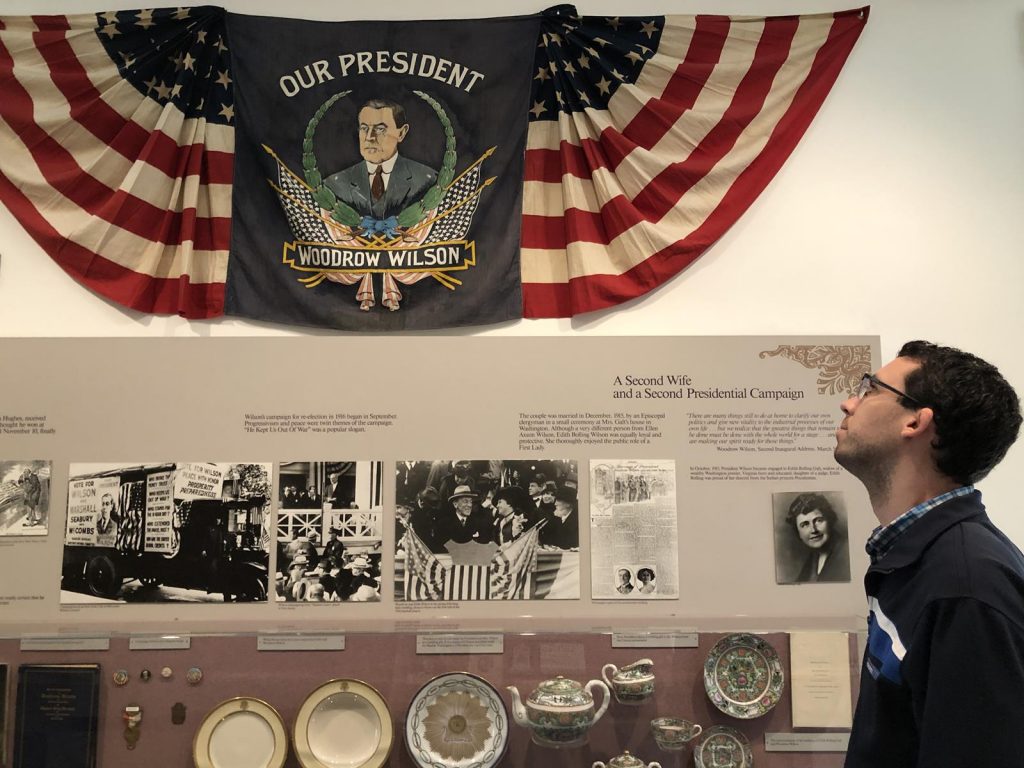 After a 12-minute video in the visitor center and guided tour of the birthplace, groups can peruse exhibits in the nearby museum showcasing the life and times of the nation’s first president with a doctorate degree (in political science from Johns Hopkins University). Prior to becoming America’s president in 1913, Wilson had been the president of Princeton University and governor of New Jersey. On display in the museum are the desk he used as university president and governor, his 1919 Pierce-Arrow presidential limousine, election campaign paraphernalia and a re-creation of a World War I trench. Other exhibits focus on the war and its aftermath, women’s suffrage, and social and economic reforms Wilson undertook. Visitors can pick up a phone and hear excerpts from presidential speeches. Photos and video clips depict Wilson’s first inauguration and the hero’s reception he received on a visit to Staunton just after the 1912 election.

The Wilson home and museum are part of the gracious Gospel Hill Historic District, acclaimed for its elegant 19th century homes. The campus of Mary Baldwin University borders the Gospel Hill neighborhood.

The Frontier Culture Museum, on the edge of town, is a must for any group itinerary. This outdoor living history museum explores the Old World origins of early immigrants who arrived in the Shenandoah Valley, focusing on the cultures of England, Ireland, Germany and West Africa, and how they and their descendants adapted to the New World. Costumed interpreters staffing the authentic farm buildings provide insight into the daily lives of settlers who arrived when the Appalachian Mountains were America’s western frontier. A walking path leads past buildings typical of those in the settlers’ home countries; some of the structures were brought from overseas piece by piece and reassembled at the site. 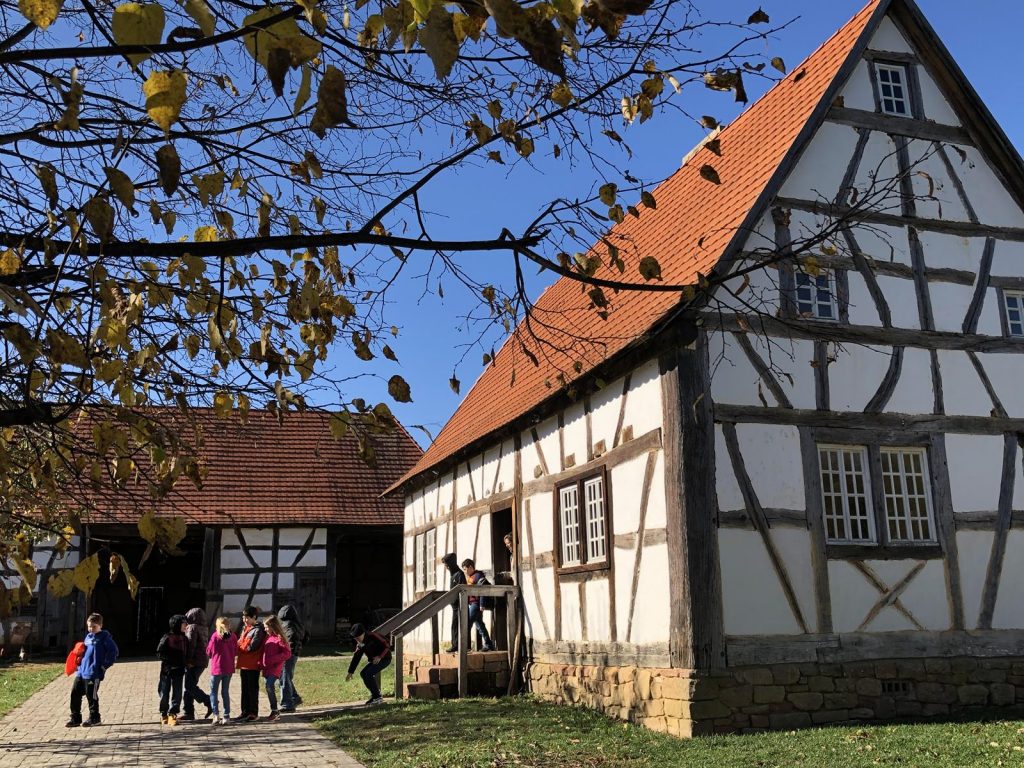 The 1600s English Farm illustrates life in a yeoman farmer’s house in England’s West Midlands in the 17th century, while the 1700s West African Farm shows how a household of the Igbo people functioned in what is now southeastern Nigeria. The Irish Forge building replicates a blacksmith shop and has live demonstrations. Another farmstead depicts how a Native American community may have lived just beyond the edge of colonial settlement. The path from the Old World area continues on to American farmsteads from the 1740s, 1820s and 1850s.