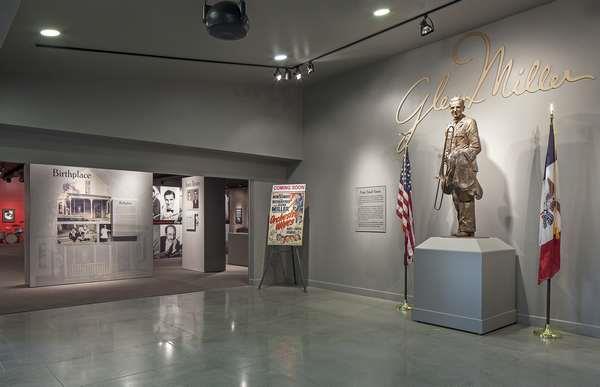 The rolling hills of Southwest Iowa, close to the borders of Nebraska and Missouri, are rich with small-town charm and one-of-a-kind attractions, two ingredients for creative itineraries. Tour planners will find Main Street ambience, European flavor and the childhood homes of famous people, not to mention a genuine haunted house. 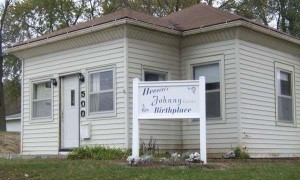 Corning’s chief claim to fame is its native son, TV legend Johnny Carson, who was born in the two-bedroom white house on the corner of 13th Street and Davis Avenue. Recently reopened after being restored to its 1920s appearance, the birthplace home delights fans with exhibits, TV clips and a chance to pose with a Carson cut-out at his Tonight Show desk. 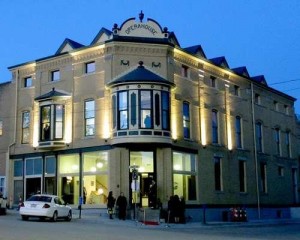 A few blocks down Davis Avenue from the Carson home is Corning’s idyllic downtown. The 1902 Corning Opera House, its crown jewel, recently underwent a 10-year renovation. Located on the second floor, above former casket and woodworking businesses, the theater was a vaudeville and movie house and now plays host to everything from musicals to murder mystery dinners. Design highlights include the tin ceiling (painted in blue, yellow and pink pastels) and original woodwork of the balcony and proscenium stage. Tours are available.

Corning (pop, 1,400) is part of Iowa’s Main Street Community program and the seat of Adams County, the state’s least populated county with only 4,200 residents. Davis, the main drag, is a wide thoroughfare with three blocks of retail shops in buildings dating from the late 1800s and early 1900s. There’s an old-time soda fountain at McMahon’s Drug Store. At the Corning Center for the Fine Arts, a former hardware store with artist studios and art for sale, tour group members can make their own necklace or glass-blown Christmas ornament.

Also on Corning-area tour itineraries is French Icarian Village, a living history museum that can arrange a group lunch in the 1878 refectory (dining hall) along with visits to the cemetery and 1860 schoolhouse that was used until the 1940s. A musical performance or activities like butter churning and rope making also can be included. Long-term plans for the village include a visitor center, amphitheater and replicas of dwellings and farm buildings.

The Icarians, known for their passion for the arts and education, established the non-religious utopian colony in 1852 and lived in the area until1898. The social experiment began in France.

At Corning Winery, another group tour staple, guests can taste wines on a floating tasting room with a view of the vineyards. The Adams Community Economic Development Corp. can provide a step-on guide for tours of the area.

For groups of 20 or more, Southwest Iowa attractions join together to offer the two-day “Savor the Flavors of Europe.” It includes ethnic meals and visits to French Icarian Village, Corning Winery, Swedish Heritage & Cultural Center in Stanton, Danish Windmill and Danish Immigrant Museum in Elk Horn, and German Hausbarn in Manning.

A tour of the Villisca Ax Murder House tells the story of a crime in which eight people were murdered in their beds on June 7, 1912. Popular with ghost hunters and paranormal groups with digital recording equipment, the haunted house has appeared on the Travel and Discovery channels.

The crime, in which the murderer used the blunt end of an ax to crush the heads of six members of the Moore family and two girls staying overnight, was never solved. According to the tour guide, only one head had its eyeballs intact. He explains how blood formed a pool in the living room after dripping through a grate in the floor above. The murderer, he said, helped himself to food in the kitchen afterwards. Nothing was stolen. Curious and shocked, townspeople tracked through the house to view the crime scene—something that would never be allowed these days.

After the guide’s talk, tour members are free to explore the house. Small groups, from ghost hunters to curiosity seekers, can book an overnight stay for about $70 a person. 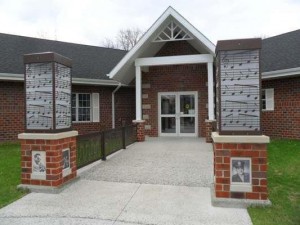 In Clarinda, a town of 5,600 about 45 miles southwest of Corning, the Big Band era’s top dance band leader is remembered at the Glenn Miller Birthplace Museum, which opened in 2010 next door to the restored home where Alton Glenn Miller was born on March 1, 1904. Touring the galleries, you’re serenaded by Moonlight Serenade (his theme song), In the Mood and other tunes popularized by the Glenn Miller Orchestra, which was the rage from 1939-42.

Marvin Negley, president of the Glenn Miller Birthplace Society, said, “They were like the Beatles. They were the No. 1 band in the country and attracted the college crowd and the parents and grandparents as well…You could even understand the singing.”

On display are the trombone Miller played in the Army Air Force band he started during World War II, framed records and sheet music of hit tunes, a 2003 Grammy Lifetime Achievement Award and posters of two movies in which Miller and his band appeared—Sun Valley Serenade and Orchestra Wives. (The catchy Chattanooga Choo Choo was performed in Sun Valley Serenade.) One of the most valuable pieces is a section of the bandstand from the Cafe Rouge at New York’s Hotel Pennsylvania, where Miller’s 17-member orchestra played. 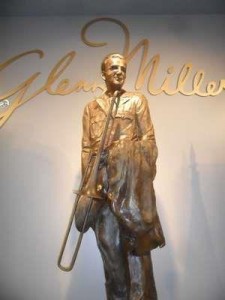 A one-hour documentary made for public television can be shown to groups. The annual Glenn Miller Festival in June has made the American Bus Association’s (ABA) Top 100 Events four times. There’s still a Glenn Miller Orchestra and it performs two concerts at the festival.

Larger groups can split in two and alternate between the museum and humble birthplace home (on Glenn Miller Drive), which was purchased in 1989 by Miller’s daughter Jonnie Dee, who serves on the Glenn Miller Birthplace Society board.

The focal point of downtown Clarinda is the 1885 Page County Courthouse, whose clock tower looms over the charming town square with its late 19th century and early 20th century storefronts.

A musical act that made its own mark on popular culture came out of Shenandoah, about 20 miles west of Clarinda. The newly restored Everly Brothers Childhood Family Home, located next to the Greater Shenandoah Historical Museum on downtown’s Sheridan Avenue, pays tribute to a singing duo best known for the 1957 hits that gave them their break − “Bye Bye, Love” and “Wake Up, Little Susie.”

Phil and Don Everly, charter inductees of the Rock and Roll Hall of Fame, were born in Kentucky and lived in Shenandoah until 1955, when they moved to Tennessee. Their dad and mom, Ike and Margaret, were local radio entertainers and included the boys on their daily “Everly Family” show. (The brothers are now in their 70s and live in metro Nashville.)

Just down the street, in the heart of Shenandoah’s retail corridor, is the Iowa Walk of Fame, which recognizes more than 100 famous Iowans. Each Iowa-shaped plaque embedded in the sidewalk is inscribed with the person’s name and hometown. Honored are such luminaries as football star Kurt Warner (Cedar Falls), advice columnists Ann Landers/Dear Abby (sisters from Sioux City), President Herbert Hoover (West Branch), actor John Wayne (Winterset) and artist Grant Wood (Anamosa).