According to a U.S. Fish and Wildlife Service report, the 2006 National Survey of Fishing, Hunting and Wildlife-Associated Recreation, there are nearly 30 million anglers more than 16 years of age in the United States. The creative tour operator will find numerous ways to tap into this market and South Carolina is just the place to begin. 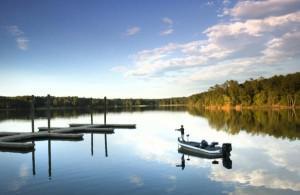 Although South Carolina ranks 26th in population, it is No. 8 in angler spending and in the top five states in non-resident fishing destinations ranked by retail sales. Both saltwater and freshwater anglers have discovered an abundance of fishing opportunities in the Palmetto State.

South Carolina is blessed with bountiful fishing from the mountains to the coast and beyond. The best place to begin is the websites of the South Carolina Association of Tourism Regions (scatr.com). If there’s fishing in the region (and there most likely will be), these local organizations will have all the information.