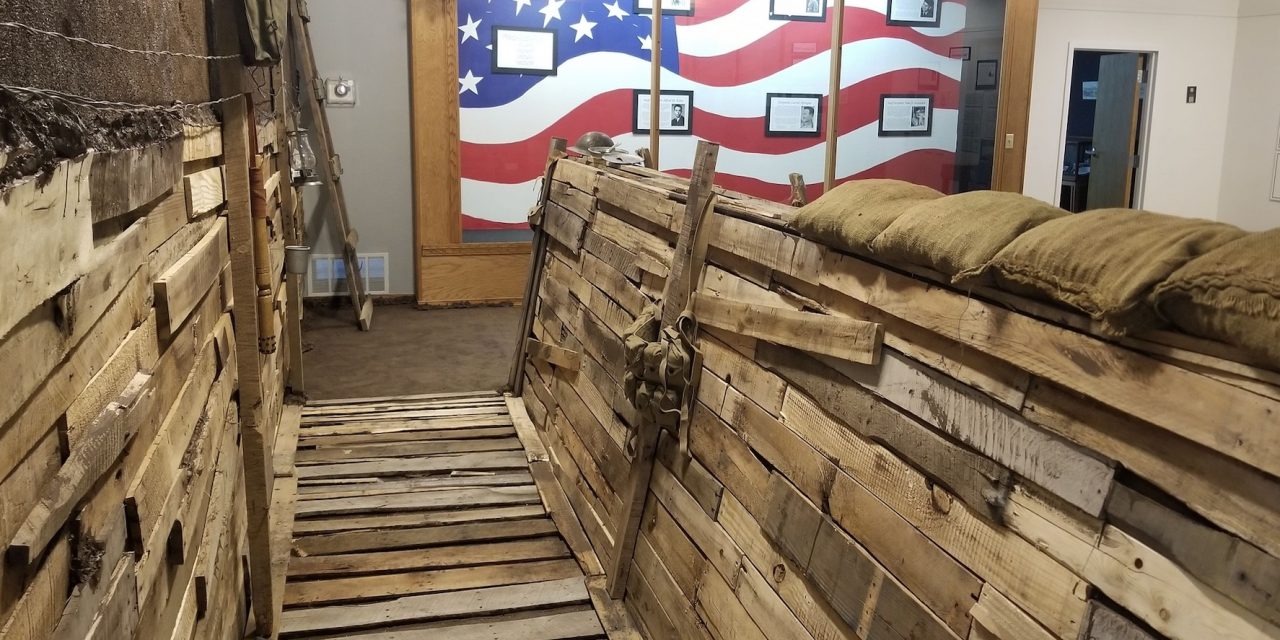 These Missouri museums will educate and entertain groups

Museums in small communities often reveal significant historical or cultural tidbits about the area. It’s particularly enjoyable to discover something of special interest when visiting one of these spots. Here’s a sampling of small town museums you can find in the Show-Me State.

The National Stars and Stripes Museum and Library

Located about 45 miles south of Cape Girardeau in Bloomfield, the museum is dedicated to celebrating the importance of the Stars and Stripes newspaper to the United States military and citizens. The museum documents the history of Stars and Stripes, beginning with the first issue – published during the Civil War by Union troops in November 1861 – and continuing through the wars of the 20th and 21st centuries and into the modern era.

Exterior of Stars and Stripes Museum

With more than 7,000 square feet of multimedia exhibits, the museum gives visitors the opportunity to explore America’s military history from another viewpoint. The comprehensive exhibits begin in the Civil War Room. Learn how Iowa and Illinois troops, after defeating a pro-South Missouri State Guard, set up camp in deserted Bloomfield and began an American military heritage. Entering the World War I Room via a replica trench, visitors are introduced to the publication’s editors, cartoonists and Doughboy poetry.

After the end of World War I, Stars and Stripes did not publish again until World War II. Exhibits in the World War II Room share the story of the Normandy Invasion, Battle of the Bulge and famous Stripers (former staffers of the paper). The Korean War, Vietnam War and Modern Era sections also feature former Stripers. Guided tours are available. There’s no charge to visit, but donations are appreciated. Start planning your visit at nssml.org. 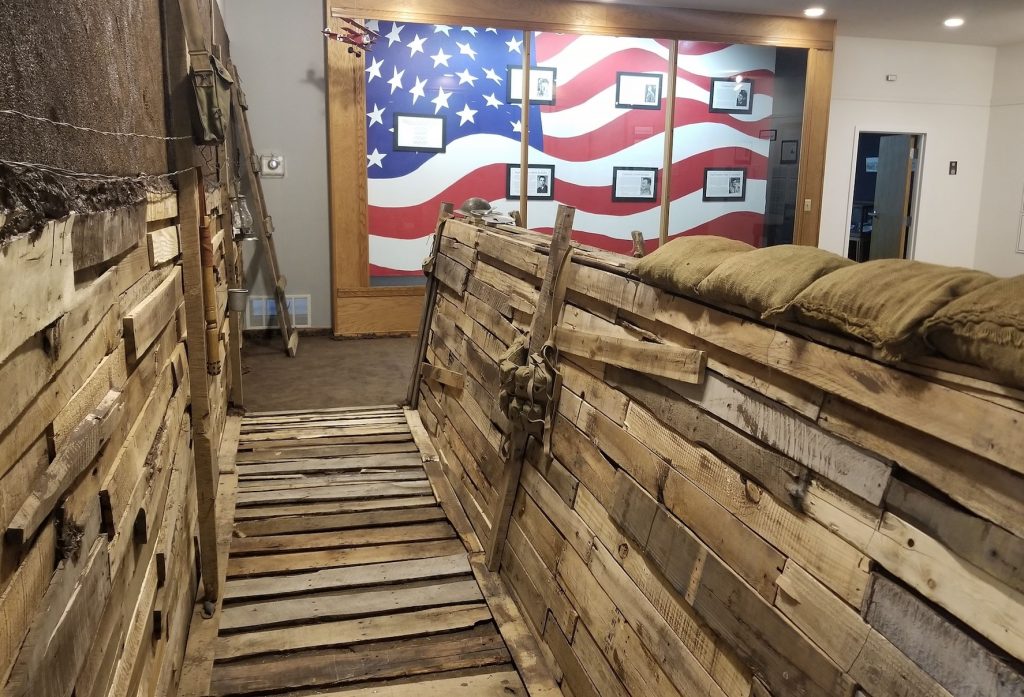 You’ll discover three museums in one at a former produce warehouse in historic downtown Hannibal. The architecture is certainly part of this interesting attraction. Built in 1860 by Robert Elliott, a native of England, the building has since undergone a major restoration. The clean lines, brickwork, arches and timber posts and beams remain as a reminder of the workmanship Elliott put into his building.

Set among the neon signs, collectibles and pictures of a bygone era are beautiful classic cars and one-of-a-kind American muscle cars. You don’t have to be a fan of antique cars or motorcycles to thoroughly enjoy the experience. However, if you do appreciate this type of exhibit, this is the place for you.

Among the vast collection of pop culture items are toys, models, classic pinball machines and arcade games. Perhaps you’ll remember stand ups from classic movies and posters from the “Golden Age” of film. Music lovers will be transported back in time by the extensive jukebox collection and posters of Frank Sinatra, Elvis Presley and other notables. Find more information at karlockskars.net.

For many men – and possibly a few women – who grew up in rural America, it’s likely the corn cob pipe crossed your path at one time or another. There’s a history to those corn cob pipes, but you’ll need to travel to Washington, Missouri, the “Corn Cob Capital of the World,” for the details. The town is home to the oldest and largest corn cob pipe manufacturer in the world. 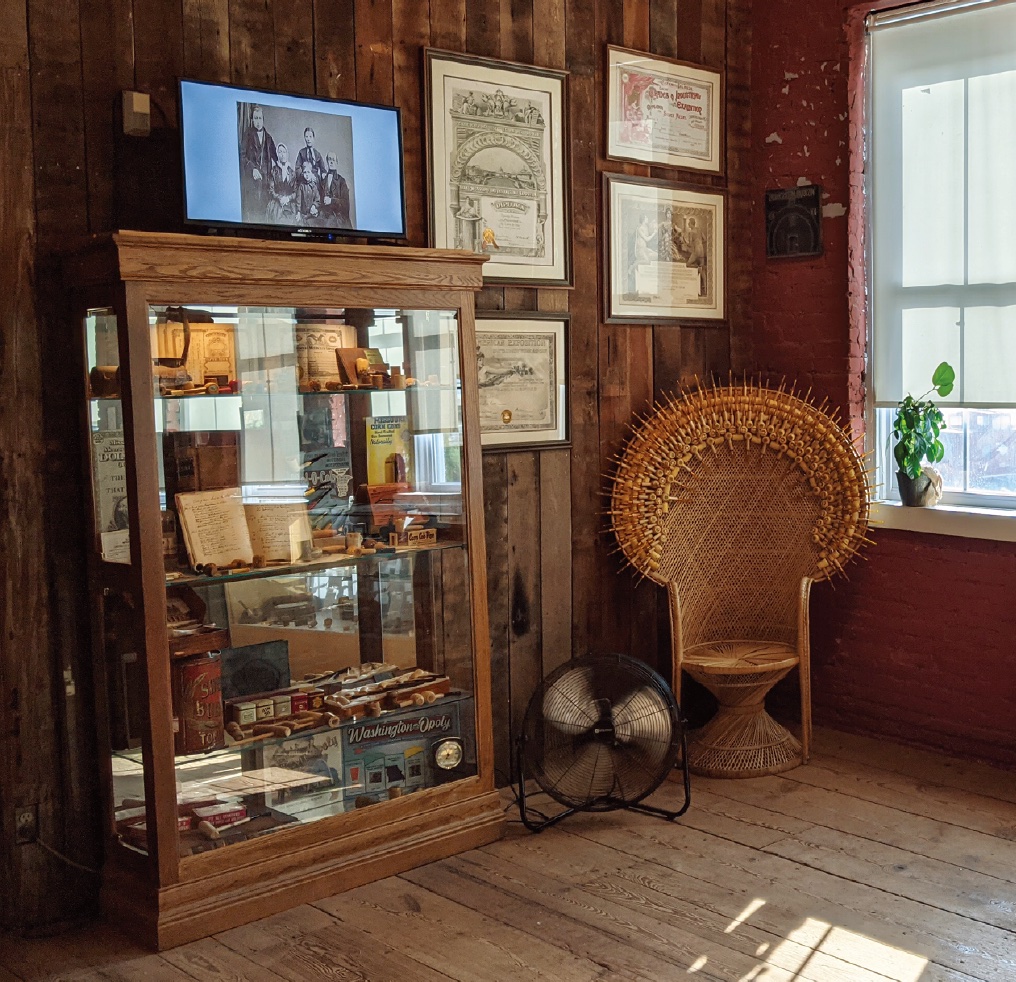 It all began with a Dutch immigrant woodworker in 1869 who began making and selling corn cob pipes. He was soon producing more pipes than anything else. In 1907, he established the Missouri Meerschaum Company and developed a national distribution system. In 1925, there were a dozen corn cob pipe manufacturers in Franklin County, most located in Washington. Today, Missouri Meerschaum is the only remaining manufacturer and celebrated its 150th anniversary in 2019.

Step into the past and allow your museum guide to share the unique story of how corn cob pipes came to be manufactured in Washington by local resident Henry Tibbe. You’ll see historical documents and photos of literary personalities and U.S. military leaders who enjoyed Missouri Meerschaum pipes. There are rocking chairs for relaxing and a shop to browse for memorabilia of your visit. For more information, visit corncobpipe.com.

The sole mission of a museum located in Marshall, approximately halfway between Columbia and Kansas City, is to expand visitors’ knowledge of aviation. That mission is accomplished through exclusive collections, temporary exhibits, custom tours and special events.

The featured exhibits begin with the NB-3, the “new day airplane.” This two-seat training aircraft was designed by Walter Barling, manufactured by Nicholas-Beazley Airplane Company and first flown in February 1928. Only 20 of the aircraft were built. The two-seat NB-8G on display has wings that could be folded back. These private-owner planes were introduced in 1931, and only 57 were built.

The Young Aviators exhibit is an interactive setting where children can begin to learn how planes fly. The next step is the Dream to Fly flight simulator – perfect for kids and adults. A hands-on area for students has numerous STEM opportunities. Begin your planning here: nicholasbeazley.org.

About an hour’s drive east of Springfield, Missouri, on U.S. 60, you’ll discover the home where the author of the Little House on the Prairie series lived and began writing. Laura Ingalls Wilder was truly a pioneer girl who had lived the life she depicted in her books. 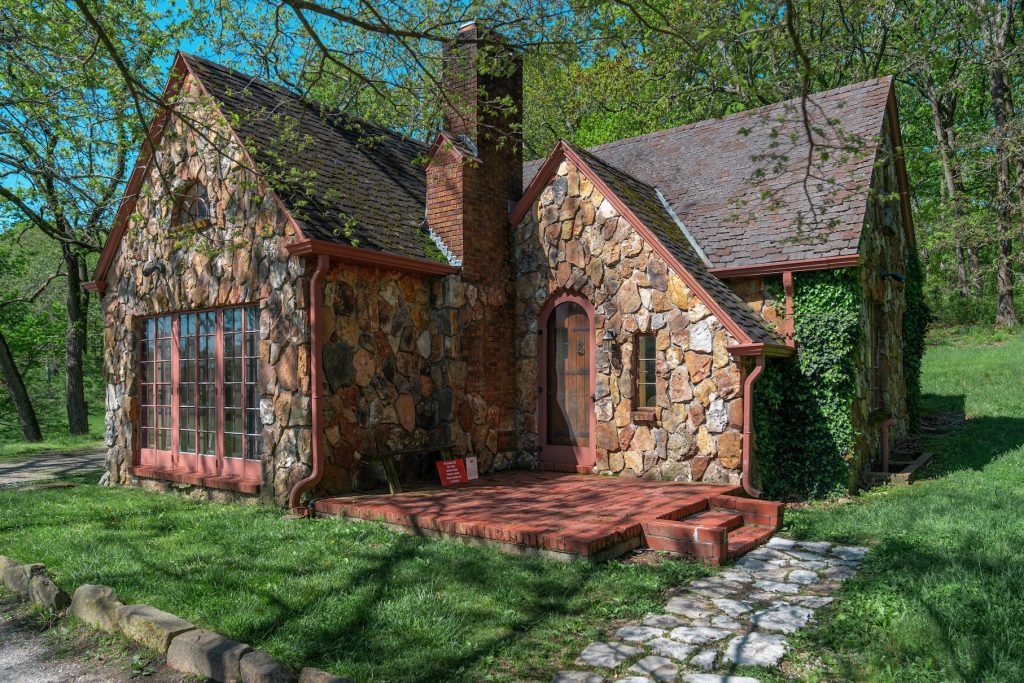 The museum tells her story – from her birth in 1867 in Wisconsin to her arrival at Rocky Ridge Farm in 1894, where she lived until her death in 1957. The museum inspires curiosity and promotes learning about the American pioneer experience. Rocky Ridge Farm held a special place in Laura’s life. It was the homestead where she wrote the books that made her a world-famous author and where she began giving back to her community.

The historic farmhouse remains as it was in 1957. Efforts to conserve Laura’s furniture began in 2018 and continue to the present. Another completed restoration is the Wilder Family Walking Trail, where you can follow in the footsteps of the Wilder family. The trail was originally the path from the farmhouse to the Rock House. Known for its custom rock masonry, the Rock House was given to Laura and her husband, Almanzo, by their only daughter, Rose Lane. Visitors can tour the house where Laura – at 65 – wrote the first four Little House on the Prairie books. Learn more at lauraingallswilderhome.com.

There are dozens of other special interest museums to be found in Missouri’s small towns. Discover more at VisitMO.com.