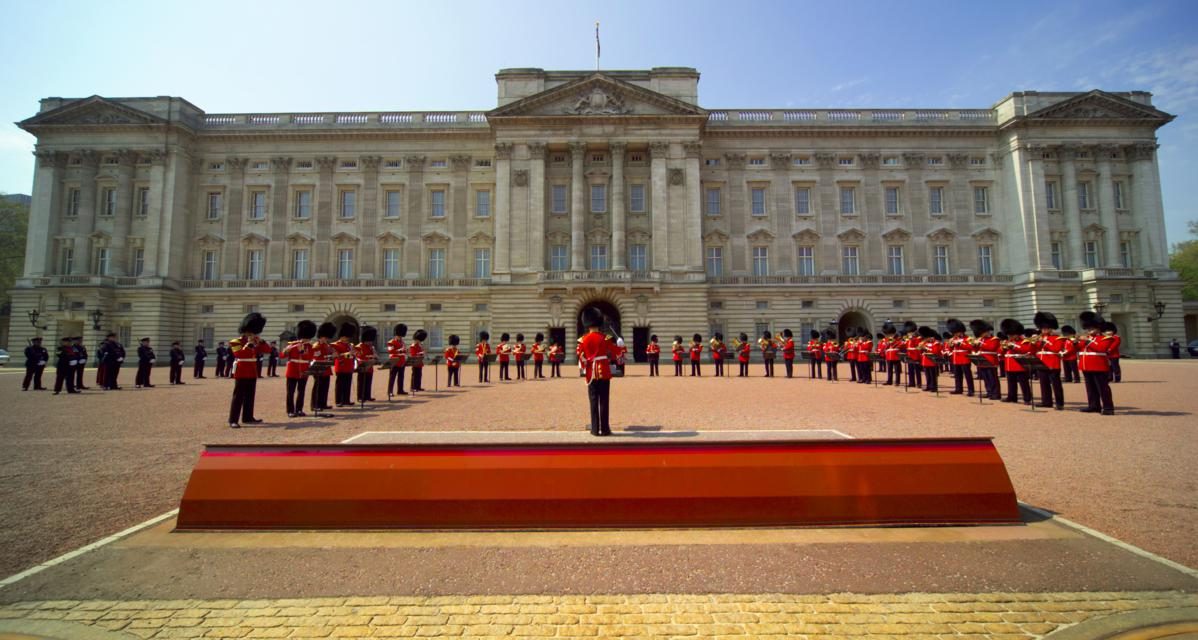 As Britain prepares for the May wedding of Prince Harry and Meghan Markle at Windsor Castle, the eyes of royal-watchers are trained on London. Here’s a selection of castles and palaces, together with some amazing gardens in and around London, that monarchs have lived in over the centuries. They’re all perfect for groups.

Buckingham Palace has been the London residence of the monarch since Queen Victoria came to the throne in 1837. The history of the building and site actually goes back to the early 1600s. The palace has been altered and modernized in several phases and now comprises some 775 rooms. Buckingham Palace is the working headquarters for the British monarchy, and HM Queen Elizabeth II carries out many of her official and ceremonial duties here. Traditionally, important royal occasions, such as the wedding of Prince William to Catherine Middleton, are celebrated here, too. 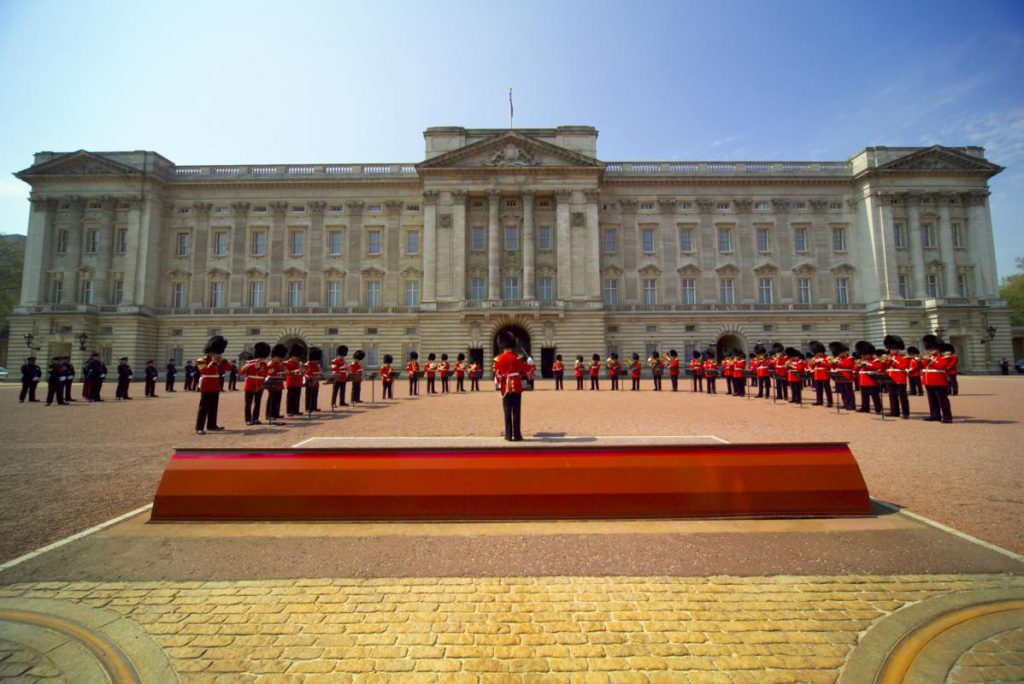 Guards outside of Buckingham Palace

Each summer, when the palace is not being used in its official capacity, the 19 State Rooms are opened to visitors. This year, the summer opening of Buckingham Palace will include an exhibition marking the 70th birthday of Prince Charles, and visits can be combined with a “Garden Highlights Tour.” Groups of 15 people or more receive a 10 percent discount on the price of admission.

Right by Buckingham Palace is The Royal Mews – one of the finest working stables in existence – and home to the carriages and cars that have transported the royal family since the early 19th century. Visitors can see the carriages used for occasions such as state visits and royal weddings, and among the historic vehicles on display are the spectacular Diamond Jubilee State Coach, first used to convey Her Majesty The Queen to the State Opening of Parliament in 2014, and the 1902 State Landau, which transported the Duke and Duchess of Cambridge from Westminster Abbey to Buckingham Palace after their wedding ceremony. Most dazzling of all is the Gold State Coach, which has been used at every coronation since that of George IV in 1821. Details on which carriage may be used on Prince Harry and Meghan’s wedding day have not been released as yet. Groups of 15 people or more enjoy a 10 percent discount and can take a free guided tour with the wardens to learn more about the work needed to prepare for major state and ceremonial occasions.

Another royal home in the capital city is Kensington Palace. Since William III and Mary II lived there in the 1680s, it has been transformed into a fashionable home for Britain’s young royal families. Queen Victoria spent her childhood here before moving to Buckingham Palace. More recent inhabitants have included Diana, Princess of Wales, and Princess Margaret. Currently, the Duke and Duchess of Cambridge and their children, and Prince Harry reside at Kensington Palace. There’s lots for visiting groups to see, from the King’s State Apartments and colorful gardens to exhibitions including the popular Diana: Her Fashion Story (until October 2018) and newly re-opened Victoria
Revealed.

On the banks of the River Thames in central London stands one of Britain’s most famous fortresses. The Tower of London was built as a luxurious palace by Henry III in the 13th century before it became a prison. On a visit you will discover its rich past, including tales of murder, stories of imprisonment and execution, and the history of its menagerie of wild animals. See the collection of spectacular Crown Jewels and learn about the Yeoman Warders (Beefeaters) and the ravens. Groups of 15 or more people receive discounted entry. 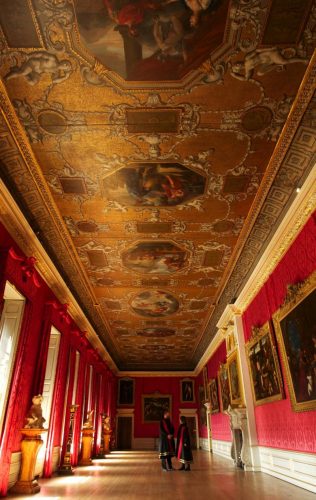 Travel upstream from central London to Richmond and two more royal palaces can be found. Thames River Boats sail the route during the summer months. Hampton Court Palace was once the home of King Henry VIII, and over the years all his wives lived there, too. This grand medieval complex of buildings was expanded in the 17th century by King William III in a Baroque style, meaning the palace looks surprisingly different when viewed from the front and the back. Audio tours allow groups to select different historic themes, or guides can be booked. The Tudor Kitchen will reopen in May with new interactive technology and sensory experiences to bring the suite of buildings and rooms making up the kitchens to life, like never before. Another highlight of a visit to Hampton Court Palace is the extensive gardens, including its fun maze.

Nearby you can visit Kew Palace, which is now tucked away in the midst of the Royal Botanical Gardens, Kew – a UNESCO World Heritage Site. This was the private 18th century retreat for King George II and Queen Caroline, and it’s the smallest of the royal palaces. This year a new exhibition Two Weddings and a Funeral marks 200 years since the death of Queen Charlotte in 1818 and tells the story of her life and marriage. Objects never seen at Kew before will be on display, including Charlotte’s will, her jewelry and one of her carefully preserved dresses. Another highlight of a visit is the Royal Kitchens, which are virtually unchanged since 1818 and give an insight into Georgian culinary life. Entry to the palace is included in admission to the Royal Botanical Gardens, although groups can book an additional guided tour with costumed palace experts. At Kew Palace this summer, the Great Pagoda, commissioned by the royal family in the 1760s, is being re-opened after extensive restoration. 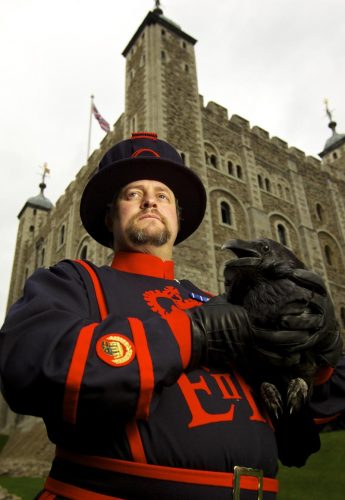 All eyes will be on Windsor on May 19 when Prince Harry marries Meghan Markle. The ceremony will take place at St George’s Chapel at Windsor Castle, which is just one of the buildings that can be seen on a tour of this historic site that dates back 900 years. The oldest and largest inhabited castle in the world, it is an official residence for Queen Elizabeth II and her favorite home. Groups can tour the castle using a multimedia guide with lively commentary on the castle’s history, and as you tour the magnificent rooms you can talk to staff from the Royal Household, who will explain their work, from arranging a state banquet to restoring the historic interiors following the devastating fire of 1992.

Private guided tours can also be booked for your group, with one option including a visit to Savill Garden within Windsor Great Park. This beautiful wooded garden extending over 35 acres has a Temperate House dedicated to Queen Elizabeth the Queen Mother and magnificent Rose Garden, which was recently opened by the Queen. New this year is the “Royal Heritage Tour,” which combines a visit to Savill Garden with a guided tour of Windsor Great Park. One of the team looking after the Crown Estate will step aboard your coach to point out famous sites and notable monuments. And, to finish off, groups have the rare opportunity to disembark from the coach at the top of the Long Walk, with time to admire the view down to Windsor Castle from The Copper Horse statue of George III.

For information on Buckingham Palace, the Royal Mews and Windsor Castle, plus other properties looked after by the Royal Collection Trust – Clarence House in London, Palace of Holyroodhouse, Edinburgh and Frogmore House in Windsor – visit royalcollection.org.uk/travel-trade-and-groups.

For information on Hampton Court Palace, Kensington Palace, Kew Palace and the Tower of London, plus other royal residences looked after by Historic Royal Palaces – Banqueting House in London and Hillsborough Castle in Ireland (currently undergoing renovation and reopening in the summer) –
visit hrp.org.uk.