Rejoice and Immerse Yourself in the Botanic Garden 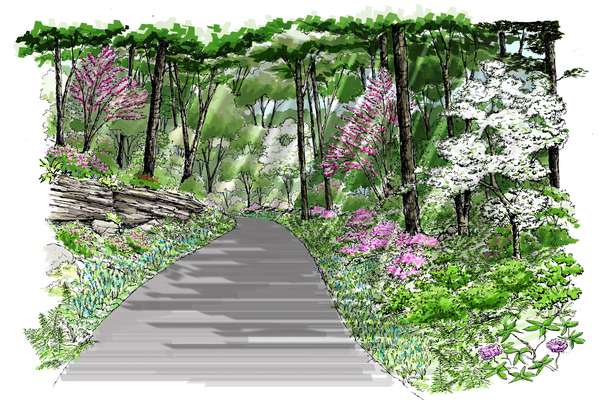 Groups looking for horticultural splendor in Pittsburgh find it at the brand new Pittsburgh Botanic Garden and the landmark Phipps Conservatory.

Offering more than its share of stunning vistas, hilly Pittsburgh boasts one of the most scenic settings of any city I can think of. It’s not exactly the garden spot of the world, but on my recent visit, I discovered horticultural oases that inject a welcome dose of natural beauty into the urban environment, one of them brand new.

Pittsburgh is the only U.S. city its size without a major outdoor public garden, but that changes this summer with the soft opening of Pittsburgh Botanic Garden on 460 acres of abandoned coal-mining land just 20 minutes west of the city. Thousands of trees, shrubs and perennials already have been planted. 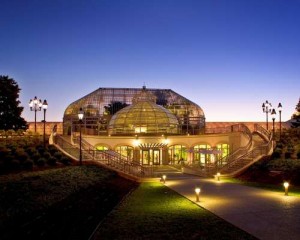 Once completed, the world-class attraction will include 18 distinct gardens, five diverse woodland experiences, a visitors’ center and an amphitheater, plus a research center and an event facility. The grand opening is expected in 2015.

“This will be one of the largest botanical gardens in the United States and the only one on reclaimed land,” said Jim Lynch, a garden volunteer who showed me around the site.

Three miles of trails will thread the garden’s first section to open, Woodlands of the World. The Japanese Garden and Lotus Pond will be the centerpiece of the Asian Woodlands. In the Dogwood Meadow, where a wedding gazebo is planned, dogwood trees will burst into bloom in late April and early May. Nine “Family Moments” play areas along the woodland trails will foster children’s interest in nature.

Across the road from the future visitors’ center is a 1784 log cabin that will be renovated. Baby doll sheep and Dominique chickens will roam the homestead’s Heritage Apple Orchard. (pittsburghbotanicgarden.org)

Groups will find year-round floral splendor at Phipps Conservatory and Botanical Gardens. Nestled in historic Schenley Park in Pittsburgh’s culturally-rich Oakland neighborhood, the campus is centered around the landmark 1893 glasshouse and state-of-the-art Tropical Forest Conservatory, which now is celebrating the flora, fauna and people of India. 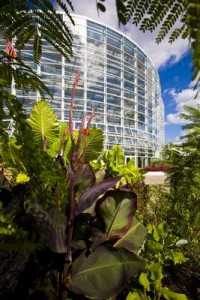 Phipps Conservatory, with its palms, orchids and ferns, is especially rewarding on a blustery winter day. My favorite space was the Tropical Fruit and Spice Room, where you’ll find banana, cinnamon, cacao, coffee, macadamia nut and lychee trees. Some of the fruit is used in dishes served in the Phipps’s three-star Green Restaurant Certified® cafe. The South Conservatory’s grand display area has the Garden Railroad (with model train traveling through a local landscape) in fall/winter, while the Stove Room houses Butterfly Forest from April to September.

Phipps also stages seasonal flower shows throughout the year. The Winter Flower Show and Light Garden (Nov. 28, 2014 to Jan. 11, 2015) features thousands of poinsettias and the Outdoor Garden is transformed into a sparkling winter wonderland.

Also on the site is the Center for Sustainable Landscapes (CSL), one of Earth’s greenest buildings. Designed to produce its own energy, CSL treats and reuses all water captured on site and has a green roof offering natural vistas and cityscapes. Group tours of the conservatory, CSL and Production Greenhouse are available. (phipps.conservatory.org)

Other Oakland attractions, just minutes away from Phipps Conservatory, are the Carnegie Museum of Art, Carnegie Museum of Natural History and the 29 museum-quality Nationality Rooms in the 42-story Cathedral of Learning on the University of Pittsburgh campus.