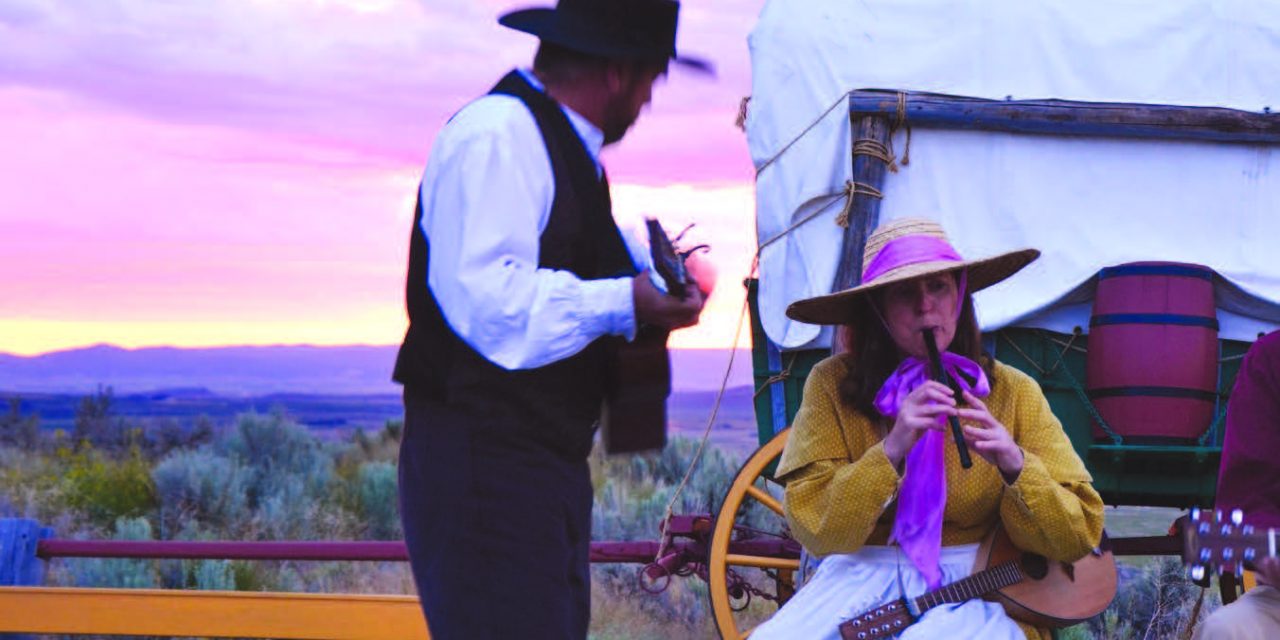 Seven Trails Preserve the Past and Embrace the Future.

Oregon’s pioneer country beckons. The search is on for a new generation of pioneer travelers. Those who want to experience the great Western migration from the comfort of a motor-coach. Those who want to travel in the footsteps of dreamers who headed west in search of a new life. Oregon was the promised land for pioneers who left everything behind.

The full Covered Wagons to Covered Bridges journey begins in Idaho, includes Washington and Oregon, and covers 42 communities and more than 1,000 miles of incredible scenery. Promoted by numerous CVBs and chambers of commerce, the route is divided into seven trails, each showcasing a portion of the full CW2CB journey. Groups can choose to travel one trail or all seven, as they can easily be combined. Each includes authentic experiences such as overnighting on a working cattle ranch, walking in ruts left by long-ago wagon trains and wandering through historic covered bridges. 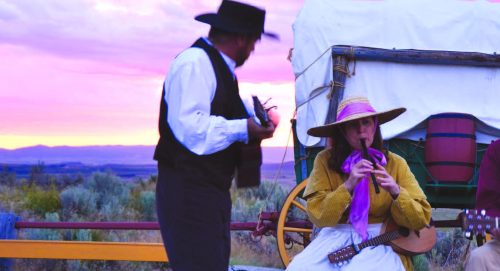 This trail begins in Boise, Idaho and extends 238 miles through rugged country and stunning vistas to John Day, Oregon. The Oregon Trail Interpretive Center in Baker City offers living history demonstrations, interpretive programs, exhibits, multi-media presentations, special events, and more than four miles of interpretive trails. Groups can walk in the ruts made from wagon trains on the Oregon Trail. They can also enjoy an exhilarating jet boat ride on the Snake River through Hells Canyon, the deepest river gorge in North America. Suggeted overnight destinations on this trail are Ontario, Baker City and John Day, Oregon.

A non-profit corporation that started in 1989, P.U.T. gives tours of Pendleton’s history of legal and illegal businesses, including gambling, the Chinese, bootleging and prostitution in the red-light district. Private whiskey tasting is also available in Pendleton at Oregon Grain Growers Brand Distillery, a family-owned and -operated establishment that is the first distillery in Pendleton since Prohibition. Groups can sample products, view the operations and purchase a bottle of vodka, gin or whiskey. 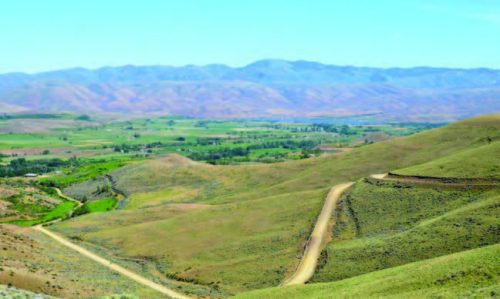 The trail from Pendleton to Fossil encompasses 230 miles and travels through Eastern Oregon’s cattle rances and plains. It is truly the heart of the Pacific Northwest breadbasket, featuring working cattle ranches, fabulous wines and delicious foods. At the Sustainable Agriculture and Energy (SAGE) Center in Boardman, interactive exhibits show how food gets from farm to table. Fun activities include a simulated hot air balloon ride over farm land and a tractor simulator where you can plant virtual corn and compare your driving skills to GPS technology. Small groups should consider overnighting at the Wilson Ranches Bed and Breakfast in the beautiful Butte Creek Valley near Fossil. Experience pioneer hospitality at its best on this historic, 9,000 acre cattle and hay ranch. Horseback riding is available.Overnight destination suggestions are Boardman and Fossil, Oregon, and Goldendale, Washington.

Trail 4 is a one-day tour traveling 221 miles from Fossil to Mitchell, Oregon. The Painted Hills, located just outside Mitchell, are a geological wonderland and one of three units of the John Day Fossil Beds National Monument. Spectacular colors and sublime patterns appear as if they had just been hand-painted by nature’s brush. Throughout the John Day Fossil Beds, discover what Oregon was like in pre-historic times, finding fossils all along the way.

The next trail begins in Mitchell and travels 142 miles on the historic Santiam Wagon Road over the majestic Cascade Mountains to Albany, Oregon. While traveling the Cascades, drive the Over the River and Through the Woods Scenic Byway loop around Foster Lake. Covered bridges dot the peaceful countryside. In the Willamette Valley numerous restaurants offer tasty dishes created by nationally acclaimed chefs featuring locally grown food. At the Albany Historic Carousel and Museum see how carousel animals are made and painted. Suggested overnight destinations are Prineville and Albany, Oregon.

Travel 165 miles from Albany to Eugene, Oregon on Trail 6. native American artisans create and sell arts and crafts along the coastal communities. Just outside Newport, climb to the top of Yaquina Head Lighthouse or just stand and admire the majesty of Oregon’s largest cites, and explore culture, art and history. Choose from the following suggested overnight destinations: Grand Ronde, Lincoln City, Newport, Florence or Eugene.

Trail 7, the longest of the trails (413, miles) begins in Eugene and ends in Klamath Falls. Explore waterfalls, wildlife, the Cascade Mountains and Klamath Basin on the final portion of the Oregon journey. Crater Lake National Park, the only national park in Oregon, is described as “Deep Water in a Sleeping Volcano.” The lake was formed over 7,500 years ago when a violent eruption caused the collapse of a towering volcano. Crater Lake National Park protacts the deepest and one of the purest and most pristine lakes in the United States. A drive completely around the lake is suggested. While the West Rim Drive boasts outstanding views and a quicker route through the park, the East Rim Drive is just as spectacular and much more varied. Adventurous groups may enjoy a sunset kayak tour. Klamath Falls, located 60 miles from Crater Lake, is the suggested overnight destination.