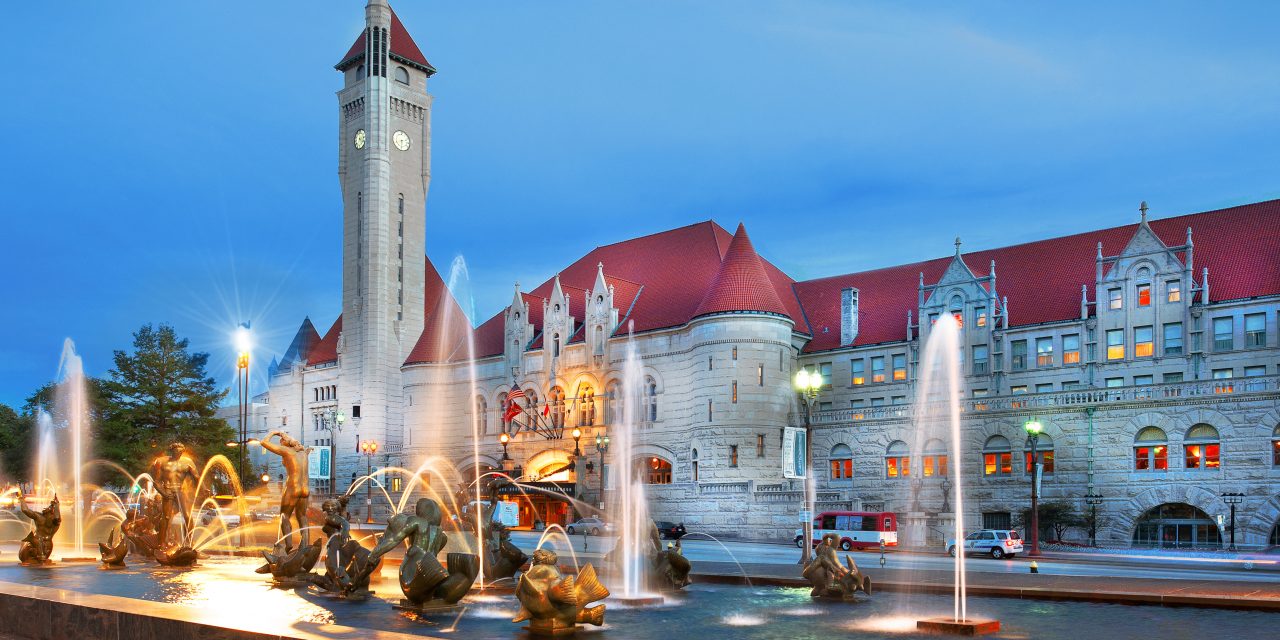 Happily for the tourism community, downtown St. Louis is on a roll.

Summer of 2018 saw the opening of the new museum at the Gateway Arch and completion of the brilliant re-landscaping project that has transformed the monument’s riverfront grounds.

Come December 2019, there will be more to cheer about—the unveiling of the world-class St. Louis Aquarium at Union Station. It’s a big deal for St. Louis, one of the largest U.S. cities that had been without an aquarium. But the new two-story home for aquatic animals is part of an even bigger deal—a $187 million family entertainment complex being built under the massive steel train shed of historic Union Station, a beloved St. Louis landmark that saw its last train departure in 1978. The giant Ferris wheel and carousel already are giving rides.

To start their journey through the aquarium, visitors will take a 3-D virtual reality train ride that pays homage to the old depot. The first stop will be familiar to locals—the confluence of the Mississippi and Missouri rivers. On display in this section will be fish, otters and other wildlife that inhabit the great waterways of America. (The North American river otters are rescue animals coming from Flamingo Gardens in Fort Lauderdale, Florida.) The path then leads to global rivers and freshwater species from around the world, piranha included. Next on view will be creatures that live near the ocean shores, and finally there’s The Deep section. 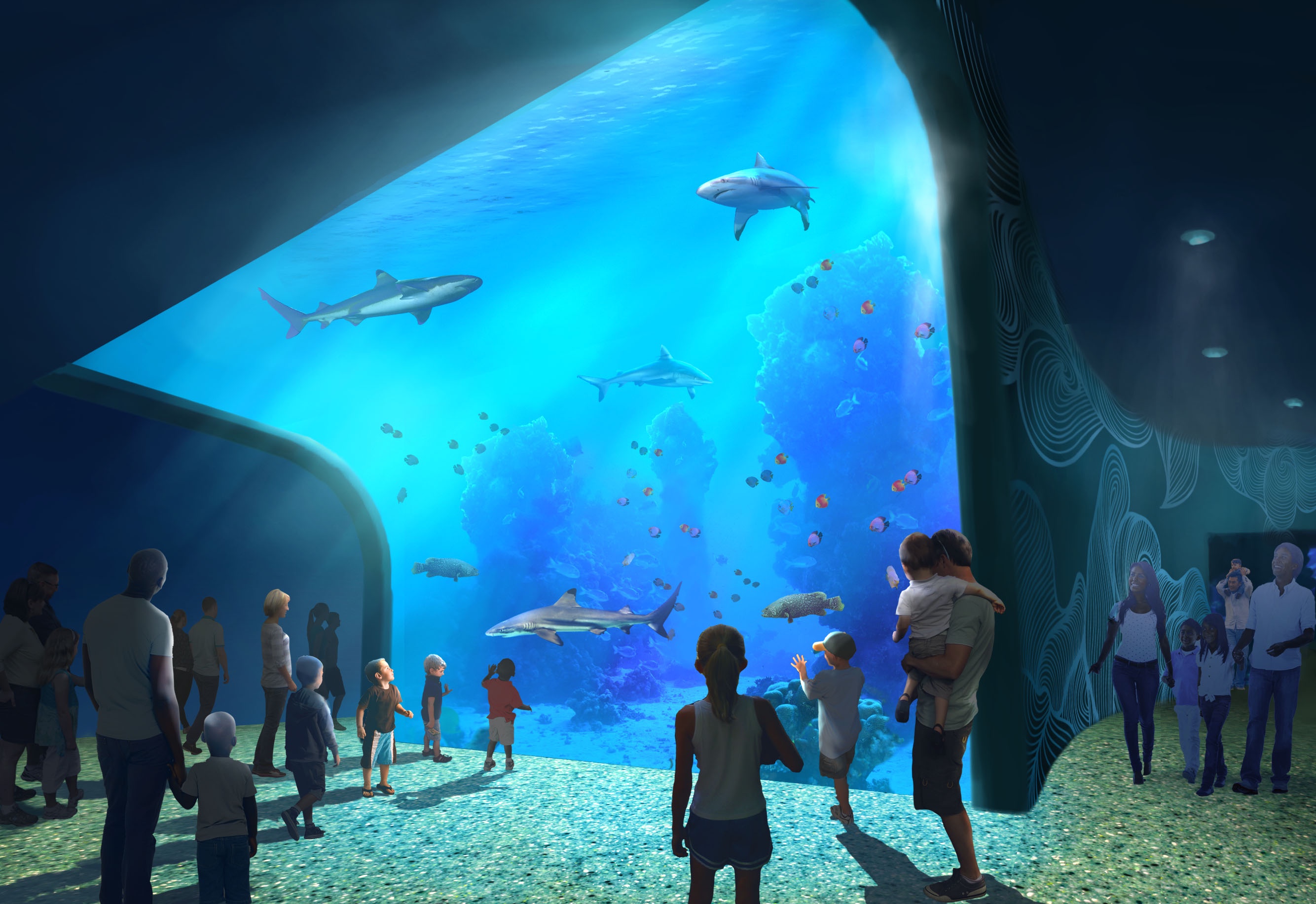 A signature feature of the aquarium will be Shark Canyon. Through an acrylic viewing wall that arches high over their heads, visitors will see more than 60 sharks and rays in a 250,000-gallon saltwater tank. Three times a day a diver will go in and feed them. 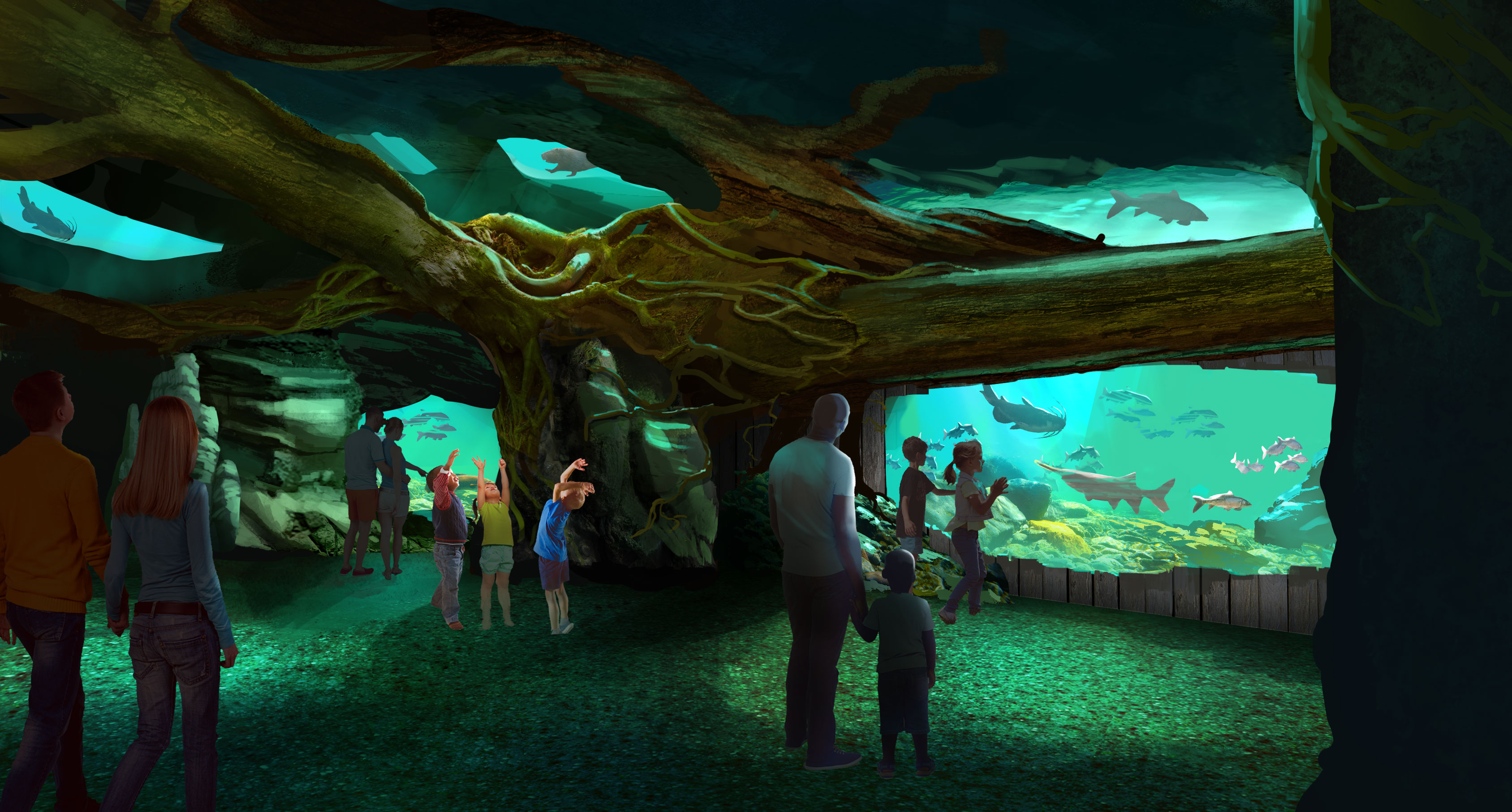 But the St. Louis Aquarium promises experiences that go beyond looking through glass. On the second floor will be interactive exhibits and touch tanks for hands-on, hands-wet fun, and visitors will be able to buy fish and turtle food to feed the creatures. A ropes course, ideal for team building, will be another second-level attraction. 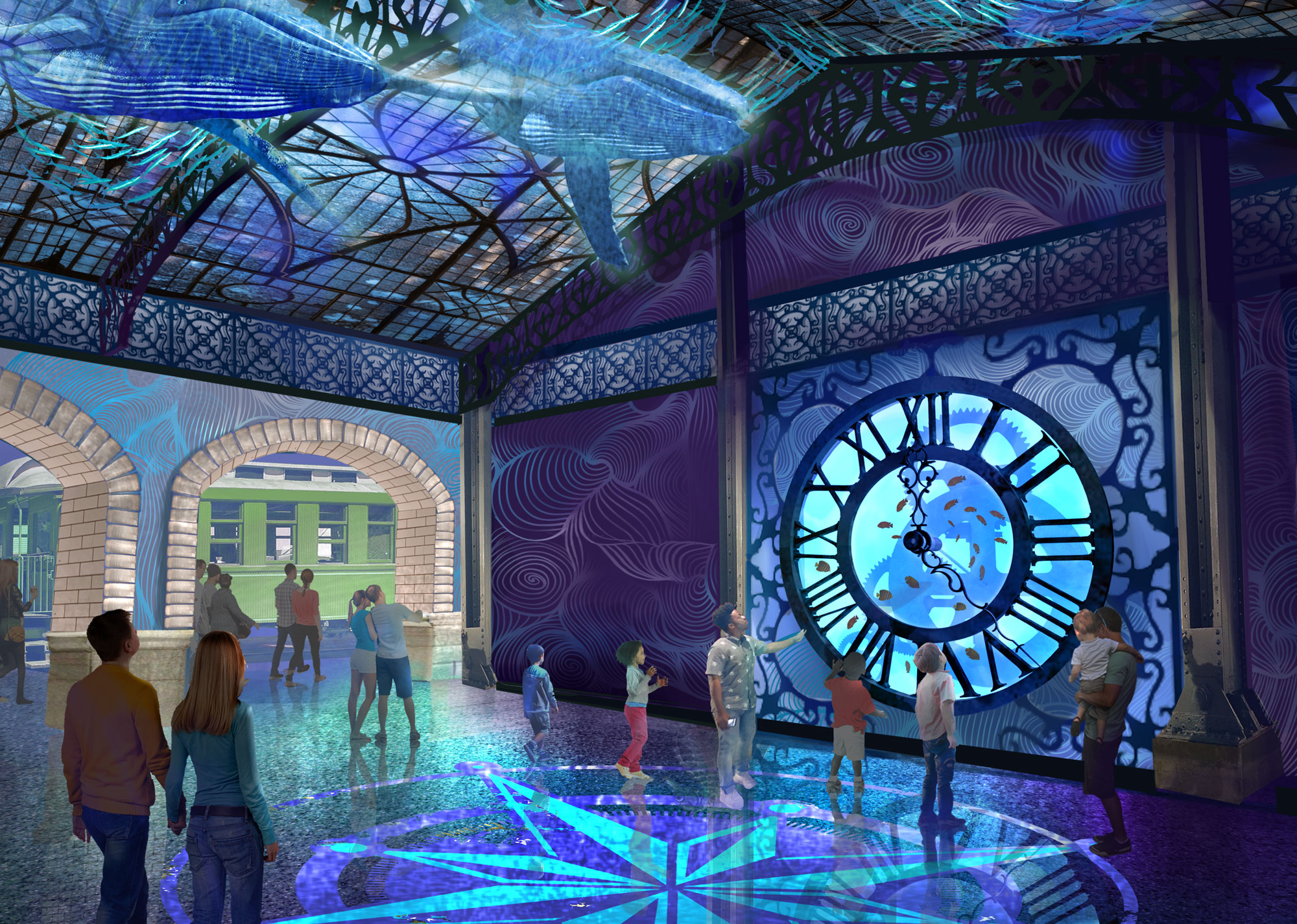 St. Louis-based PGAV Destinations, the aquarium’s designer, has been involved in the design of exhibits at many of the nation’s top aquatic attractions, including the Georgia Aquarium, South Carolina Aquarium, Discovery Cove and SeaWorld. The operator of the St. Louis Aquarium is ZoOceanarium Group, a Dubai-based company that develops and operates aquariums and zoos around the world.

New restaurants are also part of the Union Station development. On the aquarium’s first level will be a gastropub featuring more than 20 beers on tap. Called The Train Shed, it will occupy the space of the old Houlihan’s, a popular chain eatery when the cavernous shed was a shopping mall. Returning to Union Station is The Fudgery, a favorite with spectators during the festival marketplace days. The upper level of the aquarium will house the fast-casual 1894 Cafe, named for the year that Union Station opened. Near the cafe will be an amusement, the Mirror Maze. 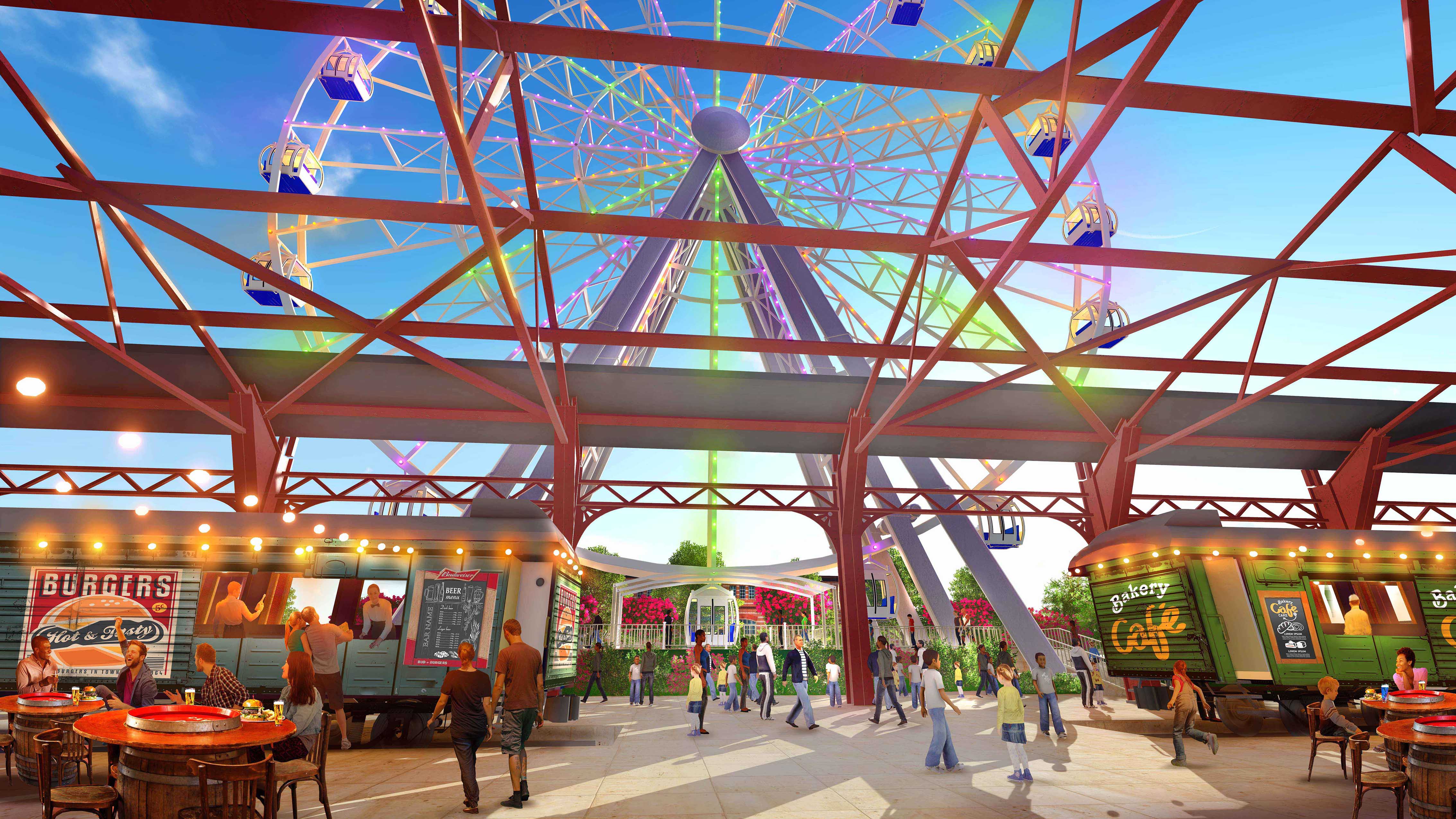 The shiny new St. Louis Wheel, with 1.6 million color lights illuminating the skyline at night, dominates the Train Park area next to the aquarium. Its 42 Swiss-made, climate-controlled gondolas hold up to eight people each. Offering views spanning nearly 20 miles, the 200-foot-high observation wheel will be open every day of the year and is expected to attract 750,000 passengers annually. Ride length is 12 to 15 minutes, with one rotation taking two minutes. 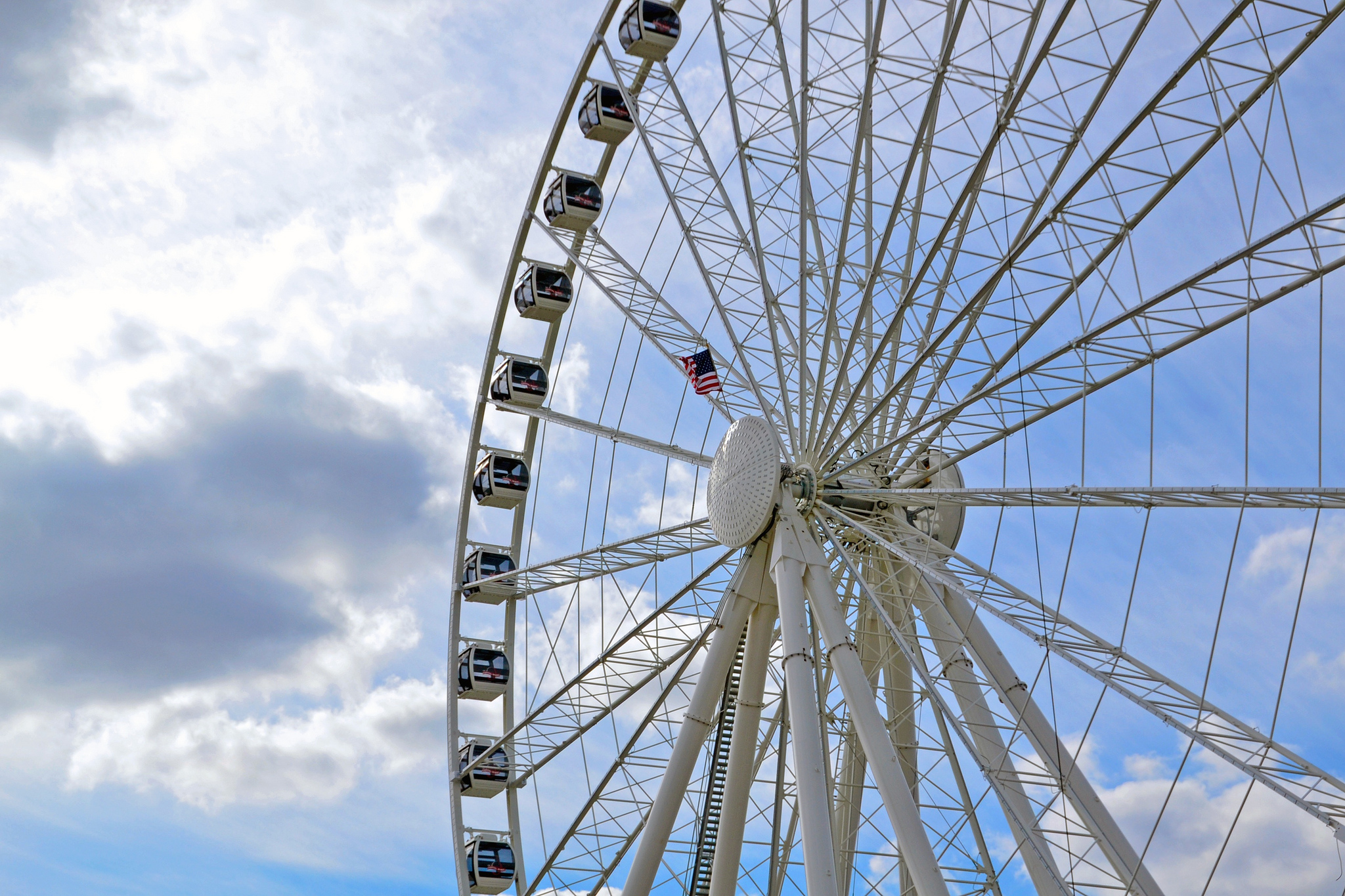 Neighboring the big wheel are an 18-hole mini-golf course and The Carousel at St. Louis Union Station, a classic merry-go-round with 30 whimsical animals and two themed chariots. Converted shipping containers have been transformed into food and beverage outlets. 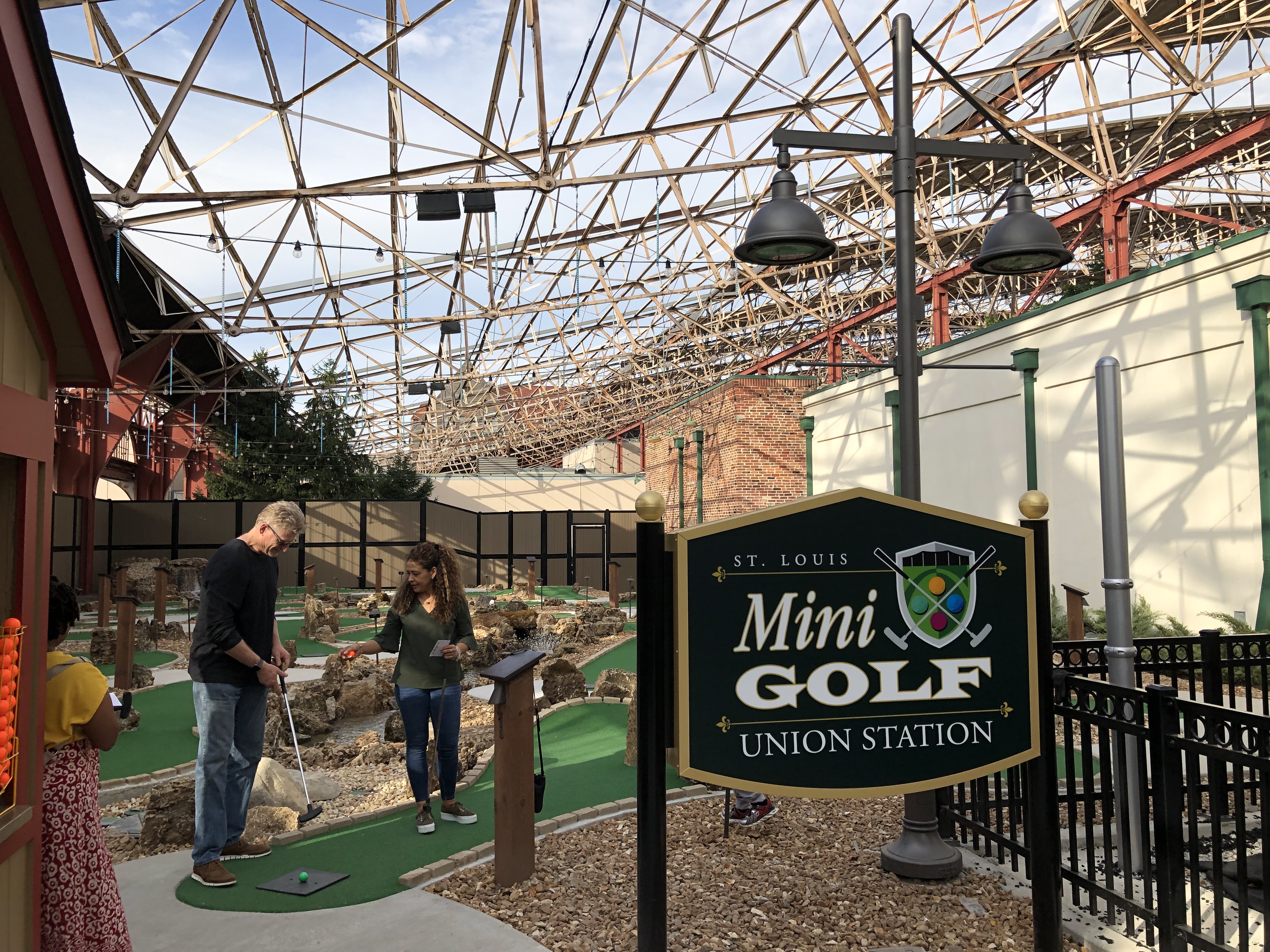 The train shed’s lake hosts nightly fire-and-light shows set to music. When there’s no fiery spectacle going on, visitors enjoy feeding the hundreds of Japanese koi fish that rush to the sides upon the first drop of pellets into the pool.

Looking out on the lake are Landry’s Seafood Restaurant and the new St. Louis Union Station Soda Fountain. The latter, housed in the former Hard Rock Cafe space, smacks of the 1950s with retro decor and music. The menu offers burgers, hot dogs, fries and grilled cheese, plus sundaes and sodas, malts and milkshakes, not to mention some wildly decadent ice cream creations. The signature Freak Shakes for two are over-the-top, Instagram-able belly-busters loaded with ingredients like cookies, brownies, candy bars, potato chips, sprinkles and the usual whipped cream and syrups. The candy shop is stocked with current and old-time favorites. 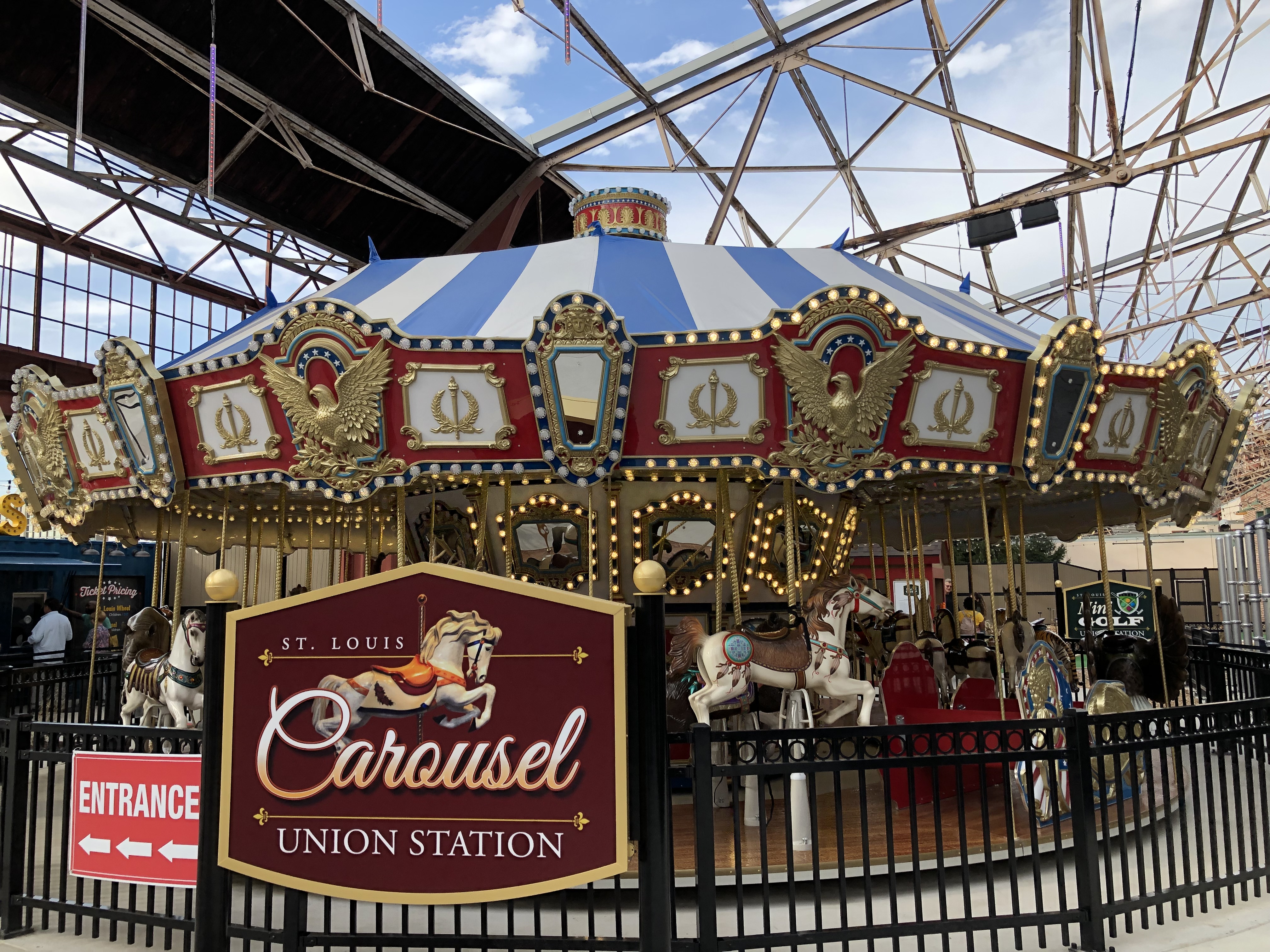 The plaza by the lake will host public events like festivals, movies and bonfires. Located two blocks from Enterprise Arena, home of hockey’s St. Louis Blues, the area is expected to be gathering place fans before and after games.

St. Louis-based Lodging Hospitality Management (LHM), the owner of Union Station, bought the property in 2012 and renovated the 567-room St. Louis Union Station Hotel, a member of Curio Collection by Hilton and Historic Hotels of America. 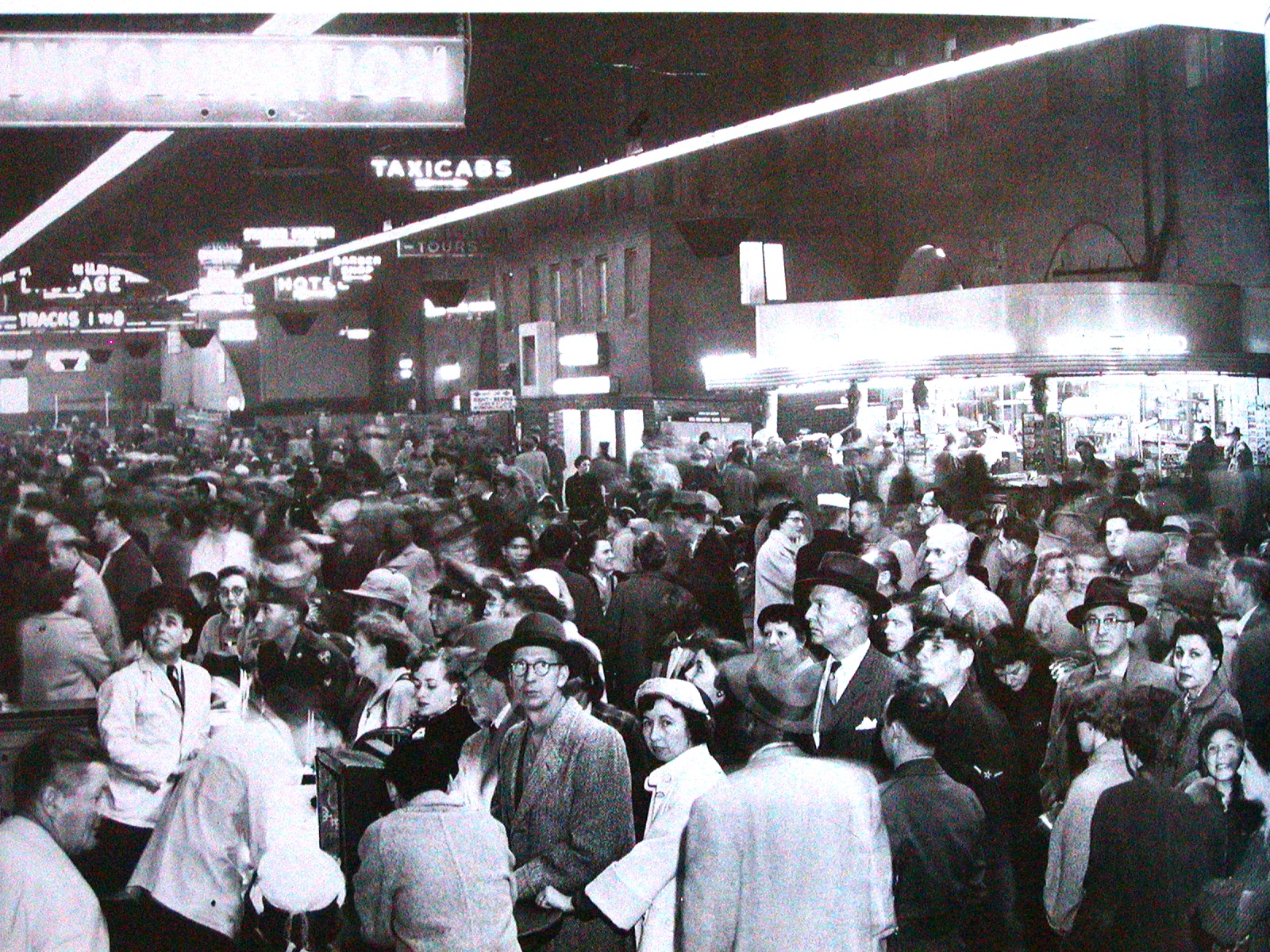 Back in the heyday of passenger rail travel, St. Louis Union Station was one of the nation’s busiest train depots.

The train-themed hotel recently added 28 new guest rooms in the old clock tower section of the castle-like Headhouse, an imposing limestone building in the Romanesque style. Besides guest rooms in the Headhouse, the hotel accommodates guests in two modern, six-story wings under the 11.5-acre train shed. Summer guests can take advantage of the outdoor swimming pool. 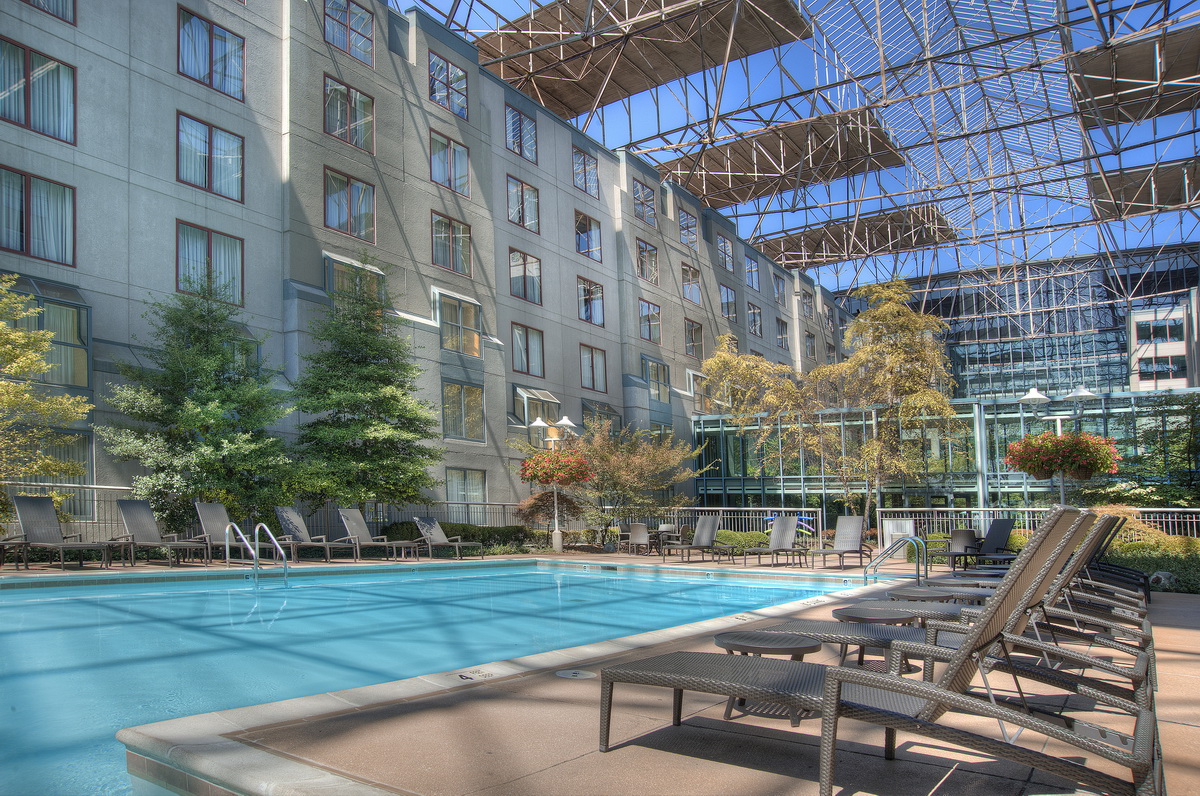 Most impressive—and something that can be enjoyed by guests and non-guests alike—is the hotel’s Grand Hall, with its 65-foot, barrel-vaulted ceiling. Arguably the city’s grandest public space, this sumptuous lobby (once the station’s main waiting room) is a symphony in gold leaf, marble, stained glass, stenciling, plasterwork, statuary, mosaics and green glazed terracotta bricks. Nightly 3-D laser light shows on the ceiling (themes range from Renaissance art to rock music to St. Blues action) entertain those seated in armchairs and sofas or at the 65-foot-long marble bar. 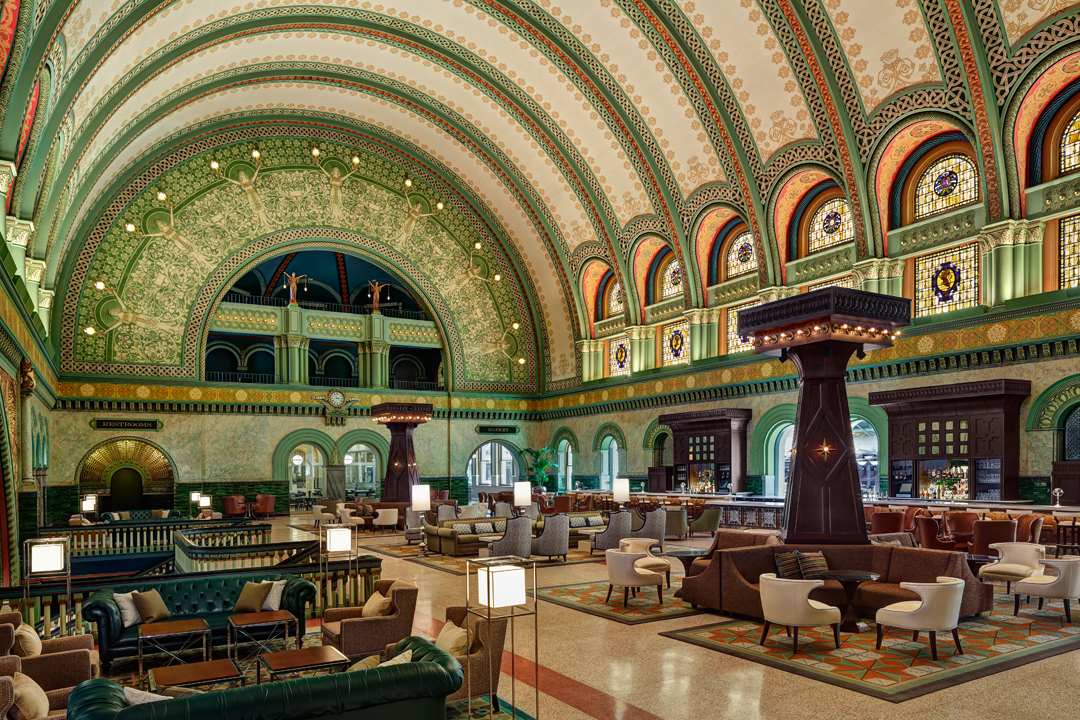 St. Louis Union Station, the world’s largest and busiest railroad station when it opened in 1894, has been born yet again. Its current incarnation signals a rebirth for downtown St. Louis as well.