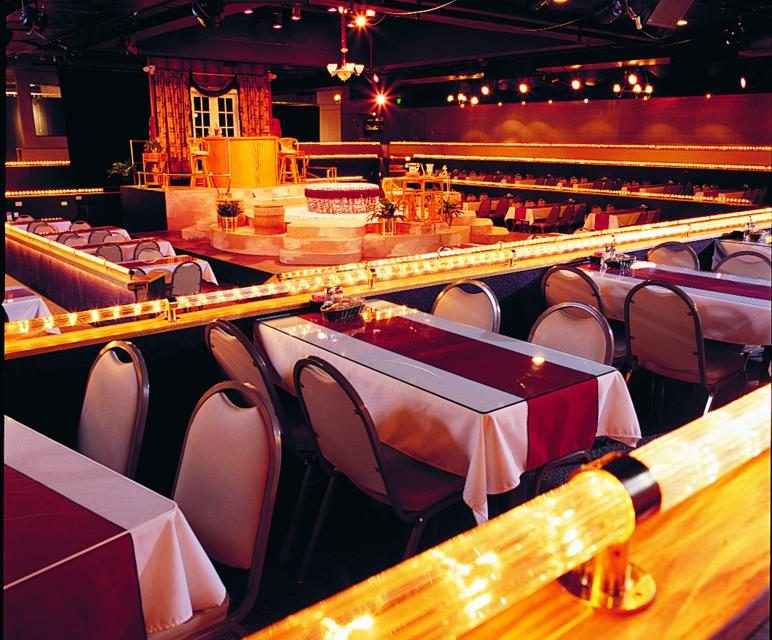 Michael Brindisi celebrates his 34th year as Resident Artistic Director for Chanhassen Dinner Theatres. However, he has been affiliated with CDT since 1971 when he first appeared on stage in The Matchmaker. Mr. Brindisi is proud to serve on the CDT ownership team (established in 2010). While he continues at the artistic helm, he adds the title of president to his “credits,” seeing and responding to daily operations of the multi-million-dollar operation. He directed his first CDT production, Private Lives, in 1988. Since then, Mr. Brindisi has directed over 120 Chanhassen productions. Prior to directing, Mr. Brindisi also enjoyed a successful acting career, most notably performing the role of Kenickie in the national tour of Grease and in the Broadway revival of Once in a Lifetime with John Lithgow and Treat Williams. He performed in the Ordway’s production of Anything Goes with Sandy Duncan and in Singin’ in the Rain, and was honored by the Rodgers & Hammerstein Organization to co-develop and direct the World Premiere of Irving Berlin’s Easter Parade, which debuted on CDT’s Main Stage in 2007. When able, he takes time to guest direct locally and around the country. Some credits include: You’re A Good Man, Charlie Brown and A Grand Night for Singing at the Ordway; and Grease and Hair at the Historic Pantages Theatre. He had the unique pleasure of directing Elmo, Big Bird and friends in the Sesame Street Live national tour of Can’t Stop Singing. Michael is married to actor Michelle Barber, seen on stage at CDT and across the Twin Cities. Recently Michael became a proud first-time grandfather to Henry.

Erika Wolf has been with Prather Productions, Inc. since 1997 and is celebrating 25 years with the Dutch Apple Dinner Theatre in Lancaster, PA. She started as the Business Manager and currently holds the Chief Operating and Financial Officer position. Erika enjoys golf and is on the activities committee at Conestoga Country Club. Having a passion for Mental Health Awareness, she is an active volunteer at Arch Street Center, an adult facility for those with mental illness. She resides in Mountville, PA, with her husband of 36 years. They have three children and four grandchildren, which are her pride and joy.

Denny Hitchcock Following a seven-year stint as director of theatre at Augustana College, in 1977 Denny and his family opened Circa ’21 Dinner Playhouse in a converted vaudeville theatre/movie house in Rock Island, Illinois. Shortly thereafter he saw a need for a country wide organization of dinner theatre owners to share their knowledge, learn from each other and collaborate on improving their businesses. This led to his founding of the National Dinner Theatre Association in 1979. Circa ’21 produces musicals, comedies, and children’s shows and has presented in concert such stars as Tony Bennett, The Smothers Brothers, Larry Gatlin, Dennis Miller, Phyllis Diller, Roseanne, Arlo Guthrie, Mickey Rooney and Dizzy Gillespie, Dave Brubeck, and many more. While operating Circa ’21 he has produced 12 national theatrical tours and has served as casting director, regional casting director and/or U.S. casting director for 11 feature films and a mini-series. Some of these films were entries in major film festivals, including an entry in the prestigious Cannes Film Festival and the highly acclaimed independent film “Sugar,” at the Sundance Film Festival. When not working in theatre he enjoys spending time with his beautiful wife of 56 years and his children, grandchildren, and great grandson. Finally, in the winter, when his friends stay holed-up inside, he and his son enjoy their life-long shared hobby of racing sled dogs.

Joel Rainville joined the team at Chanhassen Dinner Theatres (CDT) in May, 2012 and in his role as Director of Marketing and Sales, leads a dynamic group of individuals focused on building and attracting new audiences for CDT’s various program offerings including its Main Stage Musical Theatre productions, Fireside Concert Series, Stevie Ray’s Comedy Cabaret, CDT Musical Theatre Camp, and Chanhassen’s robust weddings and events business. To achieve this, he develops community partnerships and fosters relationships with many constituencies. Joel is the primary marketing liaison to the SW Metro Chamber of Commerce, BuyChanhassen, and other civic and regional organizations. Prior to his employment at Chanhassen Dinner Theatres, Joel worked for Ordway Center for the Performing Arts, St. Paul, and with the Minnesota Fringe Festival where he developed a plan of strategic marketing initiatives and a patron research program. Joel holds an MA in Arts and Cultural Administration from Saint Mary’s University of Minnesota. He attended Saint John’s University, Collegeville where he studied Marketing and Communications and completed his undergraduate work at Saint Mary’s University of Minnesota with a degree in Business and Marketing. Outside of Chanhassen Dinner Theatres Joel is on the Board of Directors of Trademark Theater and an active volunteer with the Sisters of Saint Joseph of Carondelet Ministries Foundation.

Denise S. Trupe has been with Prather Productions since 1987 and is currently the Vice-President of Marketing for APEX Touring, the touring component of the company. Prior to this position, Denise was the General Manager and National Marketing Director for Dutch Apple Dinner Theatre in Lancaster, PA focusing on press and marketing initiatives, new audience development,  new product development, group sales and operations. As the President and Vice-President of NDTA for the past 10 years, she has focused on press relations, marketing the organization, membership connections and consulting with fellow theatres. In the Lancaster community, Denise is very active in Chamber youth mentoring programs and hospitality marketing.

About the National Dinner Theatre Association

The National Dinner Theatre Association is an organization that was created in 1978 to unify dinner theatres across the country and provide them with the opportunity to gain new perspectives toward the industry. As dinner theatre is a unique business type combining theatre productions and restaurant service, the organization creates an invaluable source that provides a space for members with first-hand knowledge from fellow producers and executive staff in the member theatres to share a free exchange of information on efficiency, profitability, and support by networking with fellow professionals. For the new producer, it offers the chance to learn the successful methods and systems that shape our industry from a variety of operators. For groups and bus operators, the National Dinner Theatre Association provides a source to reliable and extraordinary dinner theatres across the country that can all be found in one place. Members represent the finest professional dinner theatres in the United States (both union and non-union).

The 2023 NDTA Annual Conference will be hosted by Beef and Boards Dinner Theatre in Indianapolis, Indiana. Visit NDTA.US for more information and a list of members.