FIFTH + BROADWAY, AND THE RENAISSANCE HOTEL

This Itinerary is Ideal For: 21 & Over

Luxury like never before starts with a cocktail at Fifth + Broadway’s outdoor entertainment deck high above the Ryman Auditorium. Connected to the luxurious Renaissance Hotel, you are in the heart of Nashville’s new culinary and fashion scene.

On arrival in Nashville, check in to the luxurious Renaissance Hotel attached to Nashville’s new culinary & Fashion scene Fifth + Broadway. To begin the evening, you gather as a group at Fifth + Broadway’s rooftop terrace and entertainment deck. Enjoy a cocktail high above the Ryman Auditorium with a view of the lights and activity in the Honky Tonks below. At this welcome reception you receive a Fashion + Food + Fun Visitors Pass of discounts for the eclectic shops below.

This evening is yours to explore the live music stretching from here on Fifth Street all the way down Broadway to the Wildhorse Saloon on Second Street. You are in walking distance to three dozen great restaurants and clubs such as Blake Shelton’s Ole Red and Kid Rock’s Big Honky Tonk. 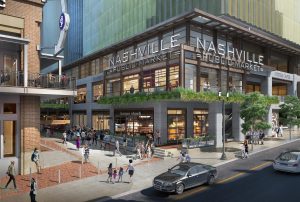 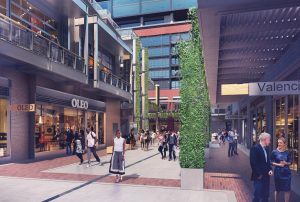 To begin the day, your group has the option of a uniquely Nashville themed city sightseeing tour either:

The Homes of the Stars Tour will drive past homes of some of the biggest names in Nashville like Taylor Swift, Garth Brooks and Trisha Yearwood, Dolly Parton, Hillary Scott of Lady Antebellum, Martina McBride, Reese Witherspoon, Little Big Town and more. This is a great tour for country music fans and Nashville celebrity fans alike.

Nashville Redneck Comedy Tour is a laugh-filled experience. You will see the most famous and historic sites. See all of the popular landmarks in Music City, maybe a country star, and some cowboy wannabes. Ever wonder if you qualify to be a hillbilly or a redneck? Find out aboard this fun-filled two-hour wild ride.

After your sightseeing tour, lunch is a $20 voucher at the Assembly Food Hall, a European-style market with casual dining both indoor and open air, high atop Fifth + Broadway. With eats and entertainment for all ages, this venue is changing the way Nashville lives, works, and plays. Enjoy premier shopping & ridiculously good food at Apple Store, Ariat, Free People, Cava, Hattie B’s, Shake Shack, Slim & Husky’s and much more all while taking in the downtown views.

Then the balance of your day is free to enjoy the shows as you wish. Broadway Ave. cuts through the heart of Downtown Nashville, from 1st Ave and the Tennessee River to the Ryman Auditorium at Fifth + Broadway. You will find many shops and boutiques such as Ernest Tubb’s Record Store, Betty Boots and several Western Shops. Plus, attractions like the Country Music Hall of Fame and Musicians Hall of Fame. But the real reason you are here are the showbars.

Plus, there are two great showbars right inside Fifth + Broadway. The Twelve Thirty Club and the Rooftop Terrace at Assembly Food Hall where food, drinks, atmosphere and music collide for another Nashville Experience. You are literally in the heart of Music City and the sound of Country Music is pulsing everywhere you go.

Many of the showbars in “The District” are much more than you would imagine. There are rooftop bars, three and four story showplaces with music on every floor, full-scale restaurants and/or sandwich shops as well as souvenir stores. Its as much, if not more, music and fun than any Dancin’ Fool or Music Fan can handle.

ONE MORE DAY OR DEPART FOR HOME

This morning before leaving Nashville, your group has admission included to the new National Museum of African American Music. The museum is dedicated to preserving and celebrating more than 50 music genres and styles that were created, influenced and/or inspired by African Americans, including spirituals, blues, jazz, gospel and R&B. Using artifacts, objects, memorabilia, clothing and state-of-the-art technology, each of the galleries is designed to share a unique narrative and perspective on music and history. The museum will tell the story of how a distinct group of people used their artistry to impact and change the world.

Whether you schedule this as a three-day trip or you add a third night, there’s plenty of great music to fill your time. 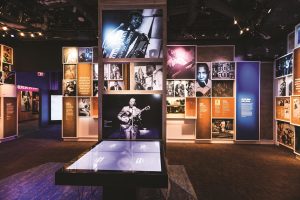