When visiting Minnesota, groups have the opportunity to enjoy a variety of theater performances in diverse settings. They can choose from a wide range of options in and outside of the Twin Cities. In addition to theaters mentioned in the April print issue of Leisure Group Travel, popular venues include: 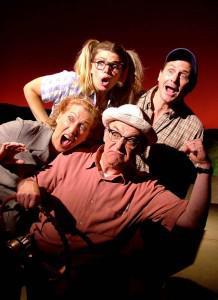 Old Log Theater, set on the shores of Lake Minnetonka, is recognized as the longest-running professional dinner theater in the United States. The theater combines rustic charm, a peaceful setting, a 629-seat auditorium and a 350-seat restaurant for dining before shows. It showcases a variety of contemporary plays and comedies throughout the year.  Current and upcoming shows include On Golden Pond, The Reluctant Dragon and Cinderella. (866-653-5641, oldlog.com).

The Plymouth Playhouse is located in the Best Western Kelly Inn in Plymouth and provides an intimate setting with a 211-seat theater. Upcoming performances include The Marvelous Wonderettes, Branson on the Road and The Church Basement Ladies in a Mighty Fortress in Our Basement. (763-553-1600, plymouthplayhouse.com). 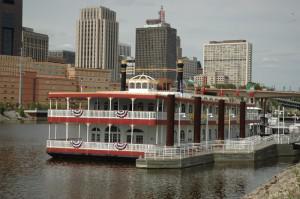 Minnesota Centennial Showboat is permanently docked on the Mississippi River at Harriet Island, conveniently across from downtown Saint Paul.  The showboat showcases a troupe from the University of Minnesota that performs melodramas and encourages crowd participation. Dinner for your group before the show can be arranged ahead of time and beverages are available at intermission. Upcoming performances include The Demon Barber of Fleet Street, the story of Sweeney Todd. (651-227-1100, showboat@umn.edu).

Lakeshore Players Theatre, located in downtown White Bear Lake, was founded in 1953. Upcoming performances include as Murder on the Nile and The Sound of Music. Opportunities to take classes and workshops focusing on playwriting and performance allow for groups to have an interactive experience. (651-429-5674, lakeshoreplayers.com).

Burnsville Performing Arts Center hosts a variety of events as well as comedy, dance and music performances. With the center’s 1,014-seat main stage and 150-seat black box theater, art galleries, classrooms and other special event spaces, groups can enjoy performances in a large venue or a more intimate setting. Upcoming performances include Circque D’or, The Wizard of Oz, Tommy and Sirens of the 60s. (952-895-4685, burnsvillepac.com).

Lyric Arts Main Street Stage in Anoka can satisfy the interests of all groups with their wide variety of performances including comedies, dramas, and musicals. The intimate stadium-seating theater is conveniently located within walking distance of the shops and restaurants on Main Street. Upcoming performances include Joseph and the Amazing Technicolor Dreamcoat, The Twilight Hours, The Hallelujah Girls, Lily’s Purple Plastic Purse and Footloose. (763-422-1838, lyricarts.org).