Massachusetts is the birthplace of many historical events and an education hub that is home to more than 50 institutions of higher education in Boston alone. Museums preserve much of the state’s enviable history and scholarship.

Besides larger, nationally known museums, there are many hidden gems that tour planners overlook. Here is a sampling of some specialty museums in Massachusetts:

Salem Witch Museum, Salem. In a renovated historic building, the museum spotlights the Salem Witch Trials of 1692 and chronicles witchcraft from the Middle Ages to present. One exhibit, Witches: Evolving Perceptions, questions the existence of witches by studying the stereotypical witch and the history of witchcraft. 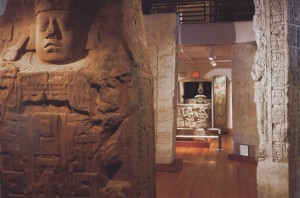 Peabody Museum of Archaeology and Ethnology

Peabody Museum of Archaeology and Ethnology, Cambridge. Located on the Harvard University campus, Peabody is one of the oldest museums in the world dedicated to anthropology. While it is a rich resource for teachers and students who want to deepen their understanding of human history, the museum is open to the general public. Founded in 1866, the museum features collections from Africa, Europe, North America, Mesoamerica, Oceania and South America. It contains six million individual objects and 500,000 photographic images. 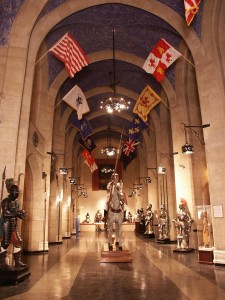 Higgins Armory Museum, Worcester. The museum, opened in 1931, claims to be the only dedicated museum of armor in the Western Hemisphere. Its Gothic architecture and intricate interior design give visitors a sense of a medieval castle. The collection contains 4,000 pieces of arms and armor from all over the world. One exhibit, Knight’s Life, gives visitors the opportunity to envision themselves as knights by learning about the type of armor they wore and weapons they used.

American Textile History Museum, Lowell. Visitors learn about the textile industry through collections, education programs, a research library and online catalogue. One exhibit, Textile Revolution: An Exploration through Space and Time, showcases the history of textiles in America, from hand techniques used by Native Americans to nanotechnology. Visitors may try using a hand loom or create their own textile invention on a computer.

Museum of Printing, North Andover. The museum preserves the history of the publishing industry, showcasing old equipment that has been eclipsed by new print technology. See such relics as composing machines, iron hand presses and typewriters. Visitors may also get hands-on experience, learning about composition, inking and other activities through the museum’s Letterpress Workshops.

Charles River Museum of Industry, Waltham. With a mission to “encourage and inspire future innovation in America,” the museum shows visitors the impact that innovation can make in history. One exhibit is Waltham: Incubator of Innovation, which spotlights the historical significance of Waltham, the birthplace of many companies that were an essential part of the Industrial Revolution. The museum is located 10 miles away from downtown Boston.

New Bedford Whaling Museum, New Bedford. The museum preserves artifacts, documents, books and photos of the whaling industry, which flourished off the Massachusetts coast in the 19th century. Visitors step aboard the Lagoda, the largest ship model in the world. One exhibit, Seven Continents, Seven Seas, showcases whaling paintings and watercolors. 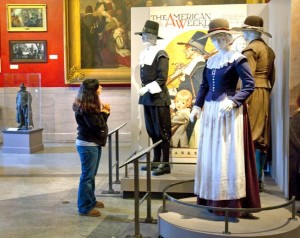 Pilgrim Hall Museum, Plymouth. This is the United States’ oldest continuously operating public museum that contains a vast collection of Pilgrim possessions and artifacts. While the museum explores the history of Pilgrims arriving in Plymouth, it also explains the story beyond their arrival and describes their interactions with Native Americans. Spoons, Salts and Saucers: 300 Years of Table Settings is an exhibit that shows visitors the history of dining customs and displays dining utensils.

Norman Rockwell Museum, Stockbridge. Founded in 1969 by Norman and Molly Rockwell, the museum has the largest collection of the illustrator’s original work, including 998 paintings and drawings. Visitors can take a glimpse into Rockwell’s studio on the grounds, and the exhibit A Day in the Life: Norman Rockwell’s Stockbridge Studio highlights Rockwell’s orderly work environment. 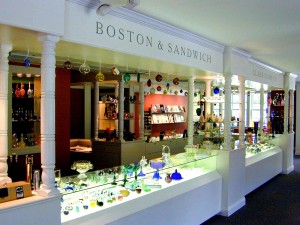 The Museum Store in the Sandwich Glass Museum

Sandwich Glass Museum, Sandwich. Sandwich, the oldest town on Cape Cod, played an important role in the production of glass in America. The museum showcases Sandwich’s history, contemporary work of glass artists from all over the world and a collection of almost 6,000 pieces of glass produced at the Boston & Sandwich Company between 1825 and 1888. Artisans offer glassblowing demonstrations.

Naismith Memorial Basketball Hall of Fame, Springfield. A must-see for basketball fans since opening in 1959, the museum honors than 300 inductees. Interactive exhibits include shooting contests and other skill challenges. The museum was named after James Naismith, a physical education teacher who introduced the new game to his students in 1891 at the International YMCA Training School in Springfield.