These 13 Southern Musical Gems Prove That the Hills, Bayous and Plains are Alive with the Sound of Music 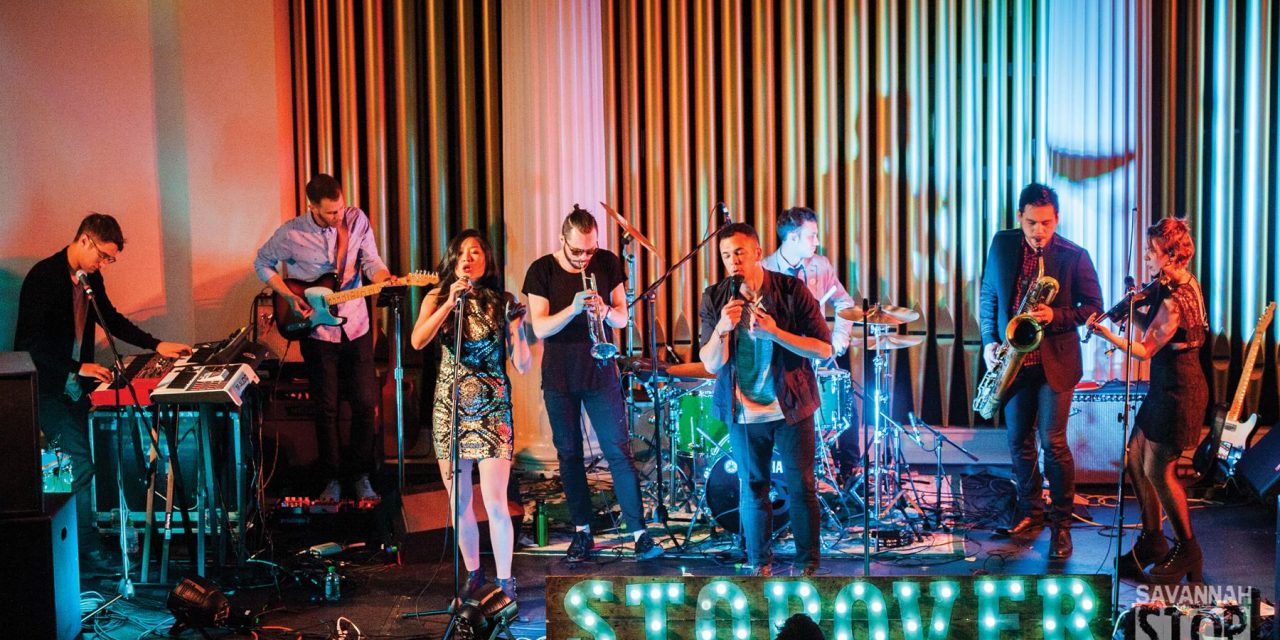 Not all American music originated in the South. Sometimes it just seems that way. Regardless of where your groups travel, there will be music waiting for them.

Promoting the rich, traditional music heritage in 29 counties of Western North Carolina, the trails showcase the European and African music that’s impacted the region. Groups can experience everything from bluegrass and old-time music to clogging and flatfoot dancing. The music comes alive at small town venues, festivals and historic attractions.

A beloved former chamber executive director stated, “If you haven’t been to Myrtle Beach in the past five years, you haven’t been to Myrtle Beach.” Sixty miles of inviting beaches, accommodations to fit every need, fun attractions and bountiful shopping are still big draws. But nighttime is the right time with seven world-class theaters featuring songs, musicians, comedy, dance and dinner shows, too. A Season of Celebration begins in November with holiday music that brightens that special time of year. 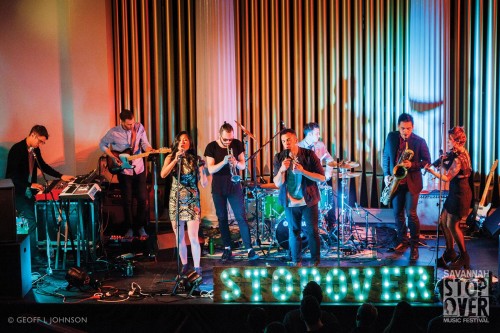 3. The Year of Georgia Music

From music pioneers to innovators to current favorites, Georgia has shaped the music landscape. More than 100 festivals with a music theme are staged annually. From attractions and exhibitions to landmarks and special events, Georgia creates a soundtrack of memories every day. Expect some special festivities this year as 2016 has been designated the Year of Georgia Music. Whether your stops are Savannah, Macon, Athens, Albany or Atlanta,  rest assured that they’ll be music to your ears.

Steeped in tradition, the Crooked Road is a part of Southwest Virginia’s musical legacy. From bluegrass to blues, you’ll find a wide variety of music in both major and intimate venues. Wayside exhibits and attractions along the way add to the area’s rich musical culture. From Bristol, the Birthplace of Country Music, to small towns like Floyd and Galax, adventure awaits, regardless of how much of the 333-mile trail you choose to explore.

Whatever your Louisiana destination, you’ll discover that music is as much of the state’s culture as good food. New Orleans, with its European, African and even Canadian influences, certainly displays that blend in its food and music cultures. From street musicians to symphony to dance halls, music is always being performed. Zydeco, Cajun, blues, jazz and gospel are all part of the musical heritage. Ready to feel the rhythm? 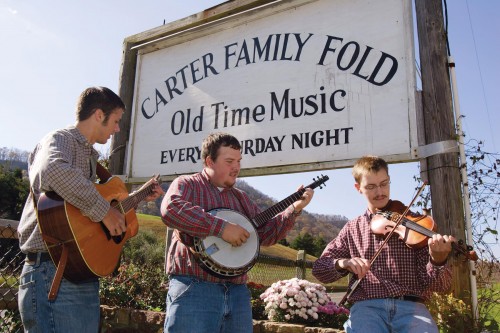 Bluegrass musicians play in front of the sign of the Carter Family Fold.

The legendary Capitol Music Hall has been renovated and reopened as the Capitol Theatre. From Broadway productions and concerts to dance and comedy, a full season is on tap every year. The Wheeling Jamboree country music show is now broadcasting regularly from the 550-seat showroom at the Wheeling Island Hotel Casino Racetrack. The historic Victoria Theater in downtown Wheeling hosts the Victoria Jamboree the First Friday of every month. Enjoy classics from the 1940s and ‘50s, plus country, bluegrass and comedy.

Many will concede that the blues was the most important source of popular, modern music. Fewer will disagree that Mississippi was the birthplace of the blues. From Jackson to Indianola to Clarksdale to Merigold, groups still find live blues being played regularly at dozens of venues on the Mississippi Blues Trail. Although the history of country music covers the entire state on the Mississippi Country Music Trail, look to the casinos in Biloxi and Tunica for a full calendar of performances from some of the biggest names in the business.

Who doesn’t know about Universal Orlando Resort, Walt Disney World Resort and SeaWorld Orlando? Each is a live entertainment destination in itself. When the sun goes down, the area has much to offer. There are dinner shows, entertainment complexes, comedy clubs, live music venues and dance clubs convenient to virtually every accommodation. 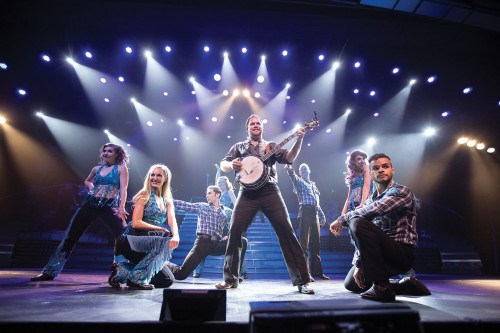 Known for its healing waters, Eureka Springs began attracting vacationers in the 1800s. Today, the historic city offers live theater and music shows in its repertoire of attractions. First among them is the Great Passion Play, “America’s #1 Attended Outdoor Drama. “ The play is not the only thing to do on the property. Sacred Arts Museum, Bible Museum, Christ of the Ozarks, the Holy Land Tour and Tabernacle in the Wilderness enhance the experience. Opera in the Ozarks, Melonlight Ballroom Dance, Intrigue Theater, Ozark Mountain Hoedown Music Theater and others round out a full line-up of live entertainment.

Regardless of the route you follow into Tennessee, there’s great music to be heard. The Memphis Blues and Beale Street are legendary, but the medley isn’t complete without names like Sun Studios, Graceland and the Stax Museum of American Soul Music.

Nashville deserves the title “Music City,” and though its foundation is certainly in country music, it has become a hub for virtually every musical style. Live performances are a daily event at more than 150 venues. With the background of the Smoky Mountains, Sevierville/Pigeon Forge/Gatlinburg welcomes millions of visitors annually to their live entertainment venues and attractions. With more than 30 shows between Dollywood and two dozen theaters, there’s reason why this has become a popular tour destination.

You’re probably familiar with most of the music forms that have their roots in the South. Although not truly Southern, the old fashioned, a cappella style called Sacred Harp was widely popular pre-Civil War. Singings continue the tradition at Henagar Liberty Baptist Church in Sand Mountain and nearby Antioch Church. The singings at the former typically begin mid-morning Saturday and continue through the afternoon. Breaks are taken and you can come and go as you please. The Sound of Sacred Harp Music is Alabama Road Trip No. 36. Find all the details at alabama.travel/road-trips/henagar-the-sound-of-sacred-harp-music 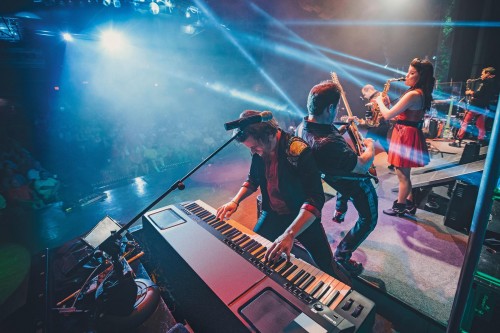 In the early ‘90s the CBS program in a very favorable segment introduced its audience to Branson, dubbing it a “Country Music Mecca.” Since that segment the Branson/Lakes Area has grown significantly, welcomed millions of visitors and greatly expanded its live entertainment options. Country music continues its popularity along with other music styles, magic, animal acts, acrobats, comedy and outdoor drama. More than 50 shows are available with another half-dozen on stage at Silver Dollar City theme park.