Hendersonville Rolls Out the Red Carpet for Groups 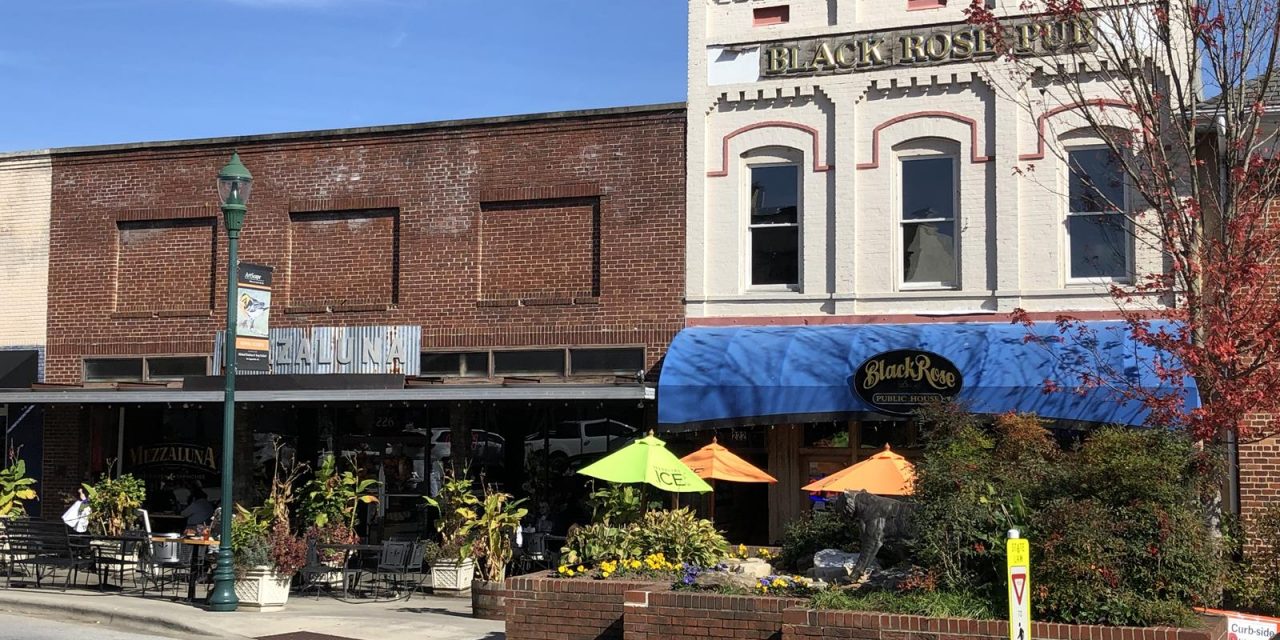 This historic town makes a good base of operations in North Carolina’s High Country, offering a bushelful of shopping, dining and agritourism opportunities

With a thriving Main Street highly suitable for a shop-and-dine experience, Hendersonville makes an ideal base for groups touring the mountains of western North Carolina. Add in a bounty of agritourism opportunities outside of town, and you’ve got a winning combination of commercial treasures and country pleasures.

Hendersonville’s Historic Main Street, as it is called, is lined with early-1900s storefronts, evoking memories of retail corridors from days gone by. Beautifully landscaped with flower beds, hanging baskets, planter boxes, shade trees, benches and old-time lampposts, the serpentine thoroughfare rates as one of the nation’s most attractive small-town shopping districts. The vibrancy along the 10 or so winding blocks reflects a sense of well-being. 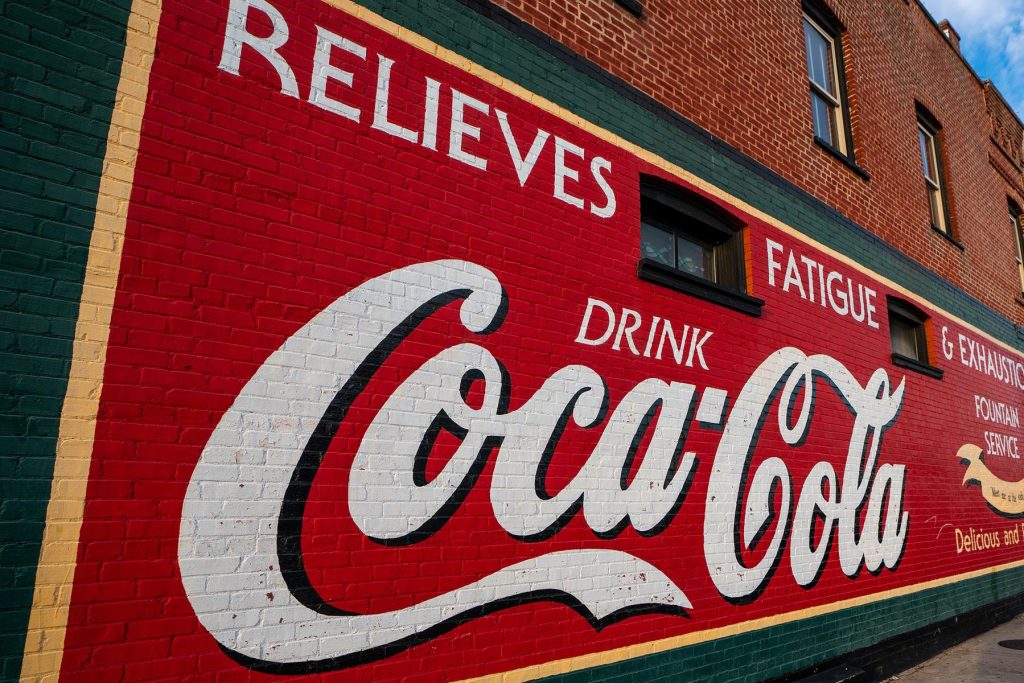 Some Main Street eateries, like Mezzaluna, Black Rose Public House and Brandy’s on Main, have sidewalk tables that provide front-row seating for all the action. Downtown’s more than 25 locally-owned restaurants and some 70 shops and galleries are within easy walking distance of each other.

Main Street retailers range from specialty boutiques selling things like pet treats to Mast General Store, a regional favorite with 11 locations purveying apparel, food, gifts and outdoor gear—and a history going back to its 1883 beginnings as an eclectic country store offering the necessities of life.

More nostalgia awaits at Mike’s on Main, a restaurant/soda fountain that operated as a pharmacy from 1900 until 1994. Decor includes antique soda bottles, old menus and glass apothecary jars. Note the original pharmaceutical scales, cash register, tile floors and high, ornate ceilings. The seven stools at the counter date from 1935. In the rear corner, a 1950s-style jukebox plays golden oldies. Mike’s is one of downtown’s most photographed buildings thanks to a vivid Coca-Cola mural emblazoning its side. The menu is chockful of sandwiches, salads, soups and ice cream creations. Mike’s boasts the “Best Milkshakes in North Carolina, Guaranteed.” A signature sandwich: Michael’s Homemade Grilled Pimento Cheese, labeled “a Southern classic.” 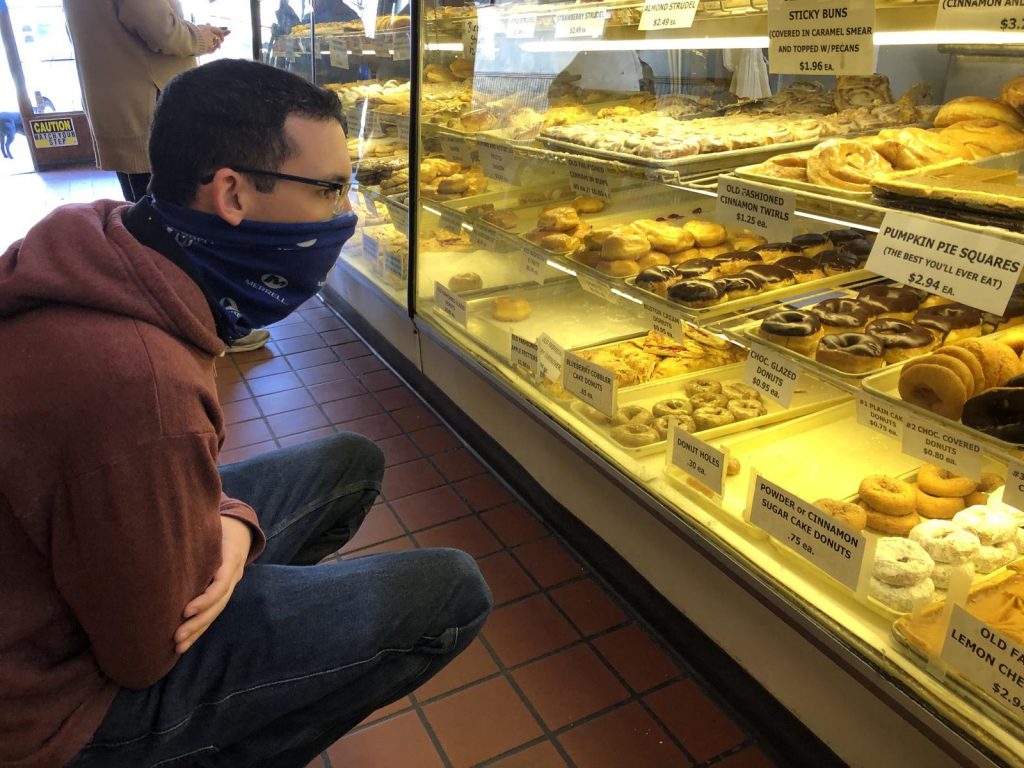 A few doors away, doughy taste temptations lure sweet tooths to McFarlan Bakery, an old-fashioned place with a dizzying array of made-from-scratch goodies crafted from the same recipes they’ve been using for more than 80 years. Choose from bear claws, apple fritters, cream horns and sticky buns, or decide between the donuts, muffins, Danishes, strudels, turnovers and cookies. How about a raspberry butter cream fudge brownie? Prices are surprisingly reasonable.

Among anchor buildings on Main Street are the copper-domed Henderson County Courthouse and the spacious Hendersonville Visitor Center. The latter, headquarters of Henderson County Tourism Development Authority, is open seven days a week and equipped with large restrooms. There are designated motorcoach parking spaces, and free bus meet & greets and welcome bags can be arranged. The full-time group sales coordinator can assist with itinerary planning and step-on guides.

Many group itineraries hit Henderson County’s Crest of the Blue Ridge Orchard Trail, which highlights apple production during the August-to-October harvest season. In April and May, pretty drives through the countryside spotlight the clouds of apple blossoms. Henderson is the state’s largest apple-producing county in North Carolina, the nation’s seventh-largest apple grower. 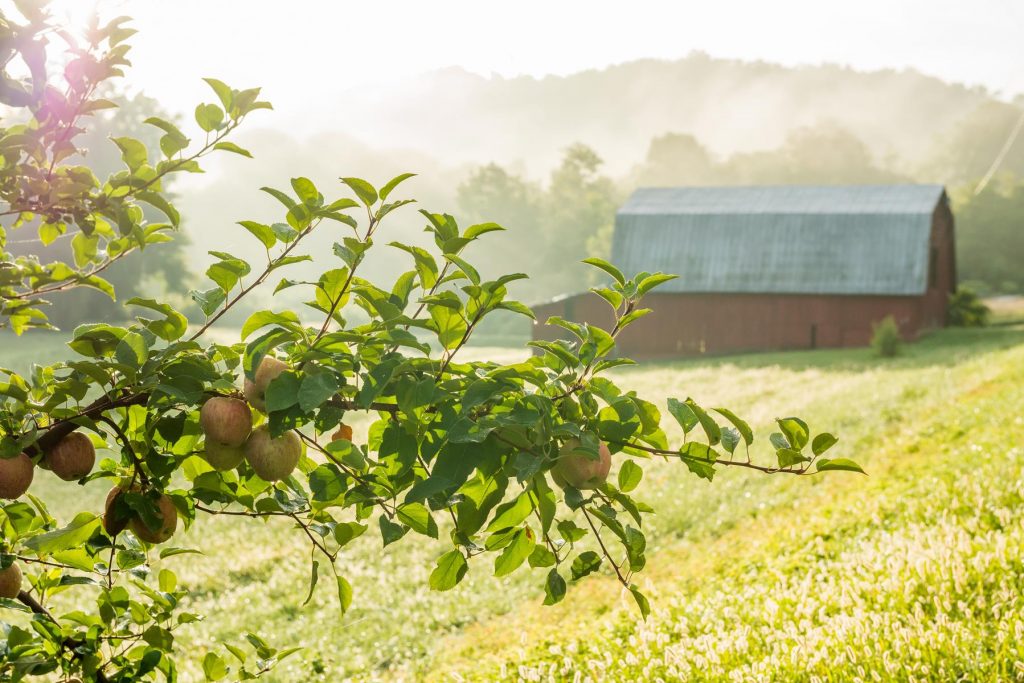 Some orchards offer tours and cider tastings, and allow you to pick your own apples. Mountain Fresh Orchards, one of 20 orchards open to the public, grows 16 varieties of apples along with mountain cabbage, tomatoes and sweet potatoes. Items in the bakery store include hot apple fried pies, apple dumplings and apple fritters. Also for sale: apple butter, sliced apples with caramel, apple cider slush and hot mulled apple cider, plus honey, jellies, jams and Carolina barbecue sauces.

No winery in the Crest of the Blue Ridge Henderson County AVA commands a more stunning setting than Point Lookout Vineyards, whose massive, open-air pavilion crowns the southeast slope of Point Lookout Mountain, 3,000 feet above sea level. The panoramas of farms, vineyards and mountains stretch 30 miles.

Located less than 10 miles from downtown Hendersonville, Point Lookout regularly hosts live music events and food trucks, and is a prime wedding venue. For tour groups, it can do a wine tasting (with cheese or pizza) accompanied by a talk about its products, which include not only wine but a line of meads produced under the World’s Edge Meadery brand (mead, of course, being a fermented alcoholic beverage made from honey, a libation that the ancient Greeks called the “nectar of the gods”). Mead flavors include raspberry, chamomile, apple, orange blossom and chai tea.

In addition to its Rieslings, Cabernet Sauvignon and other familiar varieties of dry and semi-sweet wines, Point Lookout makes a coffee- and chocolate-infused red called Javine, a nod to owner Michael Jackson’s coffee shops in Charlotte. Point Lookout has a coffee shop as well.

In the village of Flat Rock, goats steal the show at the Carl Sandburg Home National Historic Site, which preserves the farm and antebellum home where the Pulitzer Prize-winning poet and author spent his final 22 years. The three breeds of dairy goats in the barn area are descendants of the championship herd raised by Sandburg’s wife, Lillian (whom Carl called Paula). The herd numbered over 200, and Paula’s goat milk and cheese were popular throughout the region. Many visitors to the farm had no idea an internationally celebrated writer lived there. The National Park Service maintains a small herd of goats; park rangers demonstrate milking and cheese-making seasonally. (As of this writing, the home, barn and barnyard are closed due to pandemic restrictions.) 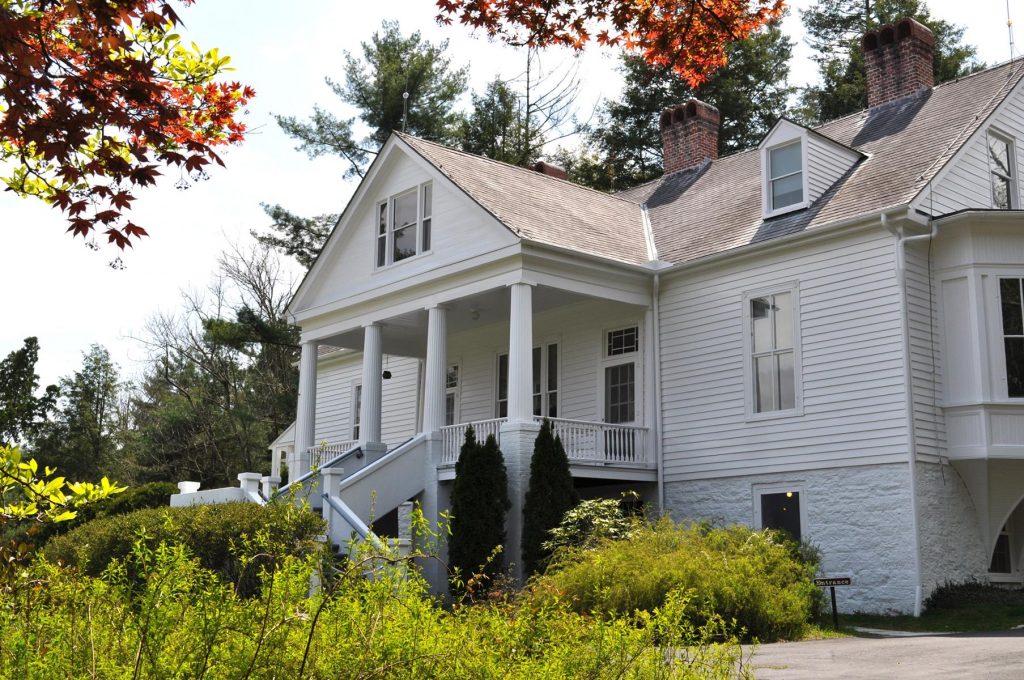 Carl and Paula Sandburg, along with their three adult daughters and two grandchildren, in 1945 moved to the North Carolina estate from their Lake Michigan home in southwest Michigan, as they needed a better climate for raising goats and more work space and solitude for Carl.

Already famous as the “Poet of the People” and a Lincoln biographer when he made the move south at age 67, Sandburg—recognizable by his rugged face and locks of white hair—was renowned for echoing the voices of ordinary people in America’s heartland. (He was born in 1878 to Swedish immigrants in the prairie town of Galesburg, Illinois, and worked for many years in Milwaukee and Chicago.) During his long career, Sandburg also achieved fame as a lecturer, social activist and guitar-strumming folk singer.

Guided tours of the three-story white house, Connemara, reveal the living areas and Sandburg’s top-floor study, with books and personal items scattered about, just as the family left them. The visitor center under the porch has films, exhibits and a bookstore, and there are outdoor photo panels on Sandburg’s life.

The Sandburg home, originally called Rock Hill, was built from 1836-1838 by a man who would became secretary of the Confederate Treasury during the Civil War. The next owner, a textile industrialist, renamed it Connemara because the setting reminded him of Connemara, Ireland, the home of his ancestors.

Besides mingling with goats and touring the Sandburg home, visitors can walk the property’s five miles of trails, one of which leads to the top of Glassy Mountain. Sandburg would take to the woods when he needed to get away by himself. His wife and daughter Helga were avid bird-watchers. 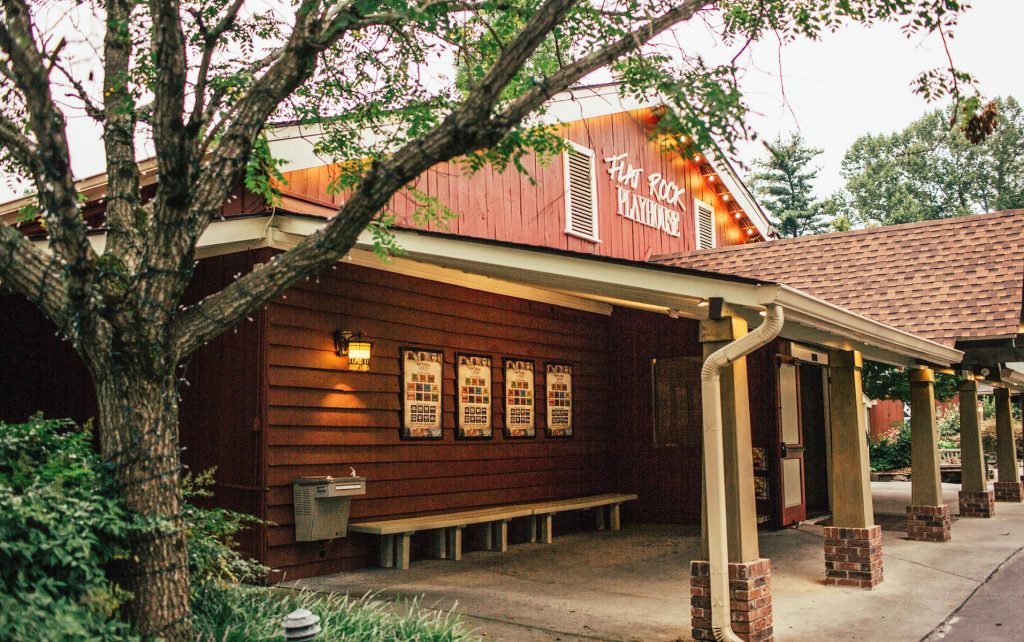 Across the street from the Sandburg farm stands Flat Rock Playhouse, the official State Theatre of North Carolina. Though the theater is dark during the pandemic, it has been producing a full schedule of dramas, comedies and Broadway musicals for more than 80 years.

For religious, student, family reunion and outdoors-minded groups looking for a special place to stay, Kanuga Conference Center offers a leafy refuge just five miles from downtown Hendersonville. Affiliated with the Episcopal Church, this historic conference, retreat and camp center, established in 1928, is open to all. 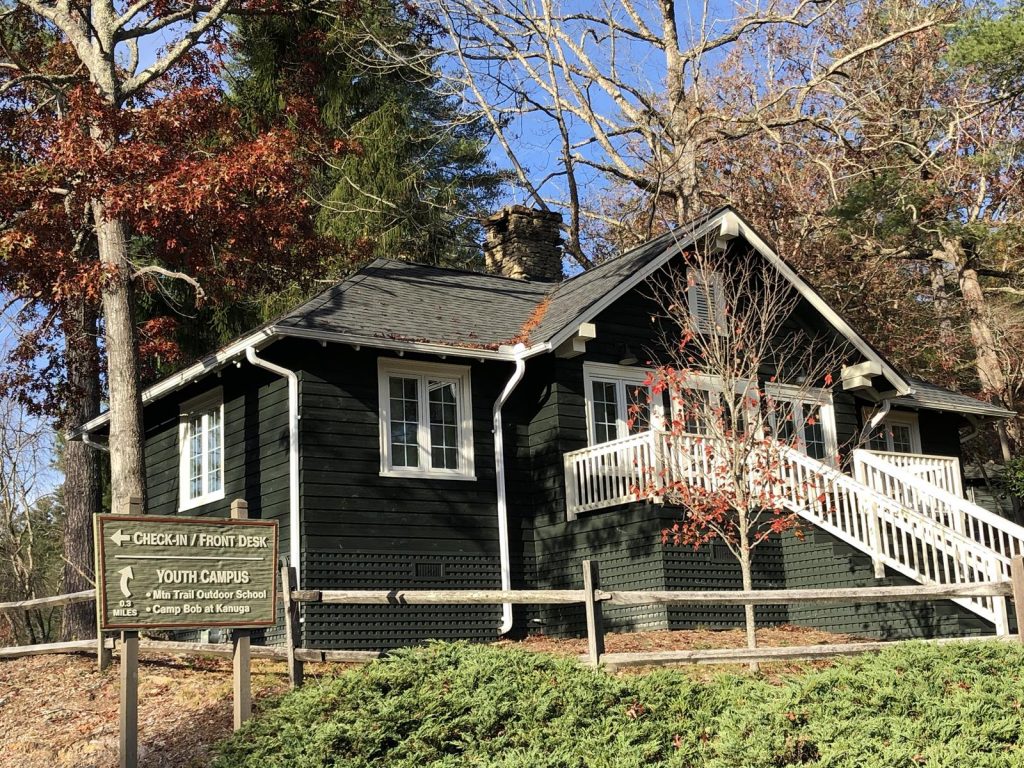 Accommodations at Kanuga Conference Center include 43 one- to six-bedroom cottages and a 61-room lakeside inn. (Randy Mink Photo)

Accommodations on the wooded, 1,400-acre campus include a 61-room lakeside inn (with three dining rooms), seven guest houses, two dormitory-style buildings and 43 one- to six-bedroom cottages. Each cottage features a covered porch and living room with a fireplace; most bedrooms have two beds and a private or shared bath.

Guests can go swimming, fishing and canoeing at Kanuga Lake, and more than 20 miles of hiking trails thread the surrounding mountains. The center also has an archery range, tennis courts, a gymnasium, climbing tower and ropes courses. A new mountain bike course, operated by Ride Kanuga, opened in summer of 2020.

Church groups at Kanuga can make use of the Chapel of Transfiguration (seating 250), outdoor chapels and a variety of meeting spaces. And there’s a meditation labyrinth.