The phrase “for purple mountain majesties above the fruited plain” in Katharine Lee Bates’ song “America the Beautiful” easily describes the mountains that dominate the skyline around Grand Junction and Montrose, Colorado.

In fact, Bates wrote the song after taking a trip to Colorado. And if you’ve been to Grand Junction, population 62,000, you’ll recognize that it’s called the banana belt—no bananas here, of course, but fruit there is, such as juicy peaches, apples, plums, sweet and sour cherries, plump pears, apricots and grapes.

And for tour groups, therein lies the first reason to plan a trip to this warm, rocky-soil area protected by the surrounding canyons and mountains: numerous vineyards, orchards and growers cater to groups with wine tastings and farm tours.

Who would have known that the region would become famous for fruits and wine back in 1883 when William E. Pabor planted the first orchards? Today agriculture provides hundreds of jobs, and all the higher-end restaurants offer Grand Valley wines on the menu.

At the Grande River Vineyards, the first solar-powered winery in Colorado, you can taste the wines year-round. Its tasting room is surrounded by vineyards, gardens and lawns with picnic tables. Hermosa Vineyards in Palisade produce their wines in very limited quantities. Two Rivers Winery & Chateau in the Redlands area of Grand Junction produces six wine varieties including chardonnay, merlot and cabernet. It also offers a conference center and an inn.

Colorado Mountain Winefest, on the third weekend in September, coincides with the annual grape harvest and is held at Riverbend Park in Palisade, with Mount Garfield as a dramatic backdrop. There are food vendors, arts and crafts, live music, winemaker dinners, seminars and even bicycle tours of the vineyards.

During the Palisade Peach Festival in August, groups can take advantage of special lodging packages created especially for this fruit-centric festival, which offers fun with more than 100 food, art and craft vendors, live music, a children’s area, culinary events and, of course, the ripe Colorado peaches.

Besides wine and fruits—and beautiful, fragrant fields of lavender—Grand Junction boasts a downtown area with historic buildings, locally-owned boutiques and a number of fine restaurants. It’s the home of Enstrom’s famous toffee, a firm started in 1929 by Chet Enstrom and a partner. At first they concentrated on ice cream, but Chet later began handcrafting toffee, and by 1960 the confection began to gain notoriety. Today at the family business, each batch of toffee is hand-made using the original recipe, and you can watch workers making the candy daily through a large glass window in the company store.

A new $9.65-million renovation of the historic 1923 Avalon Theatre on Main Street is adding some excitement to Grand Junction’s downtown area. Built by local publishing giant Walter Walker, the theater is one of western Colorado’s largest performing arts halls. Artists such as Al Jolson, John Philip Sousa and Ethel Barrymore have graced its stage. 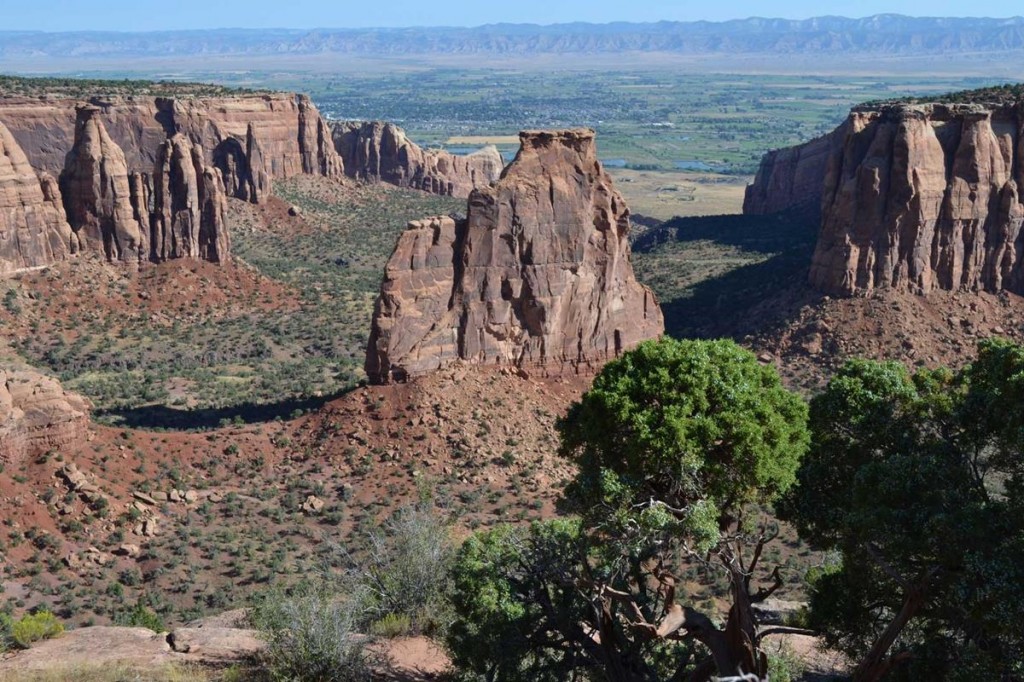 The 23,000-acre Colorado National Monument rises to the southwest of the city, with breathtaking views, abundant wildlife and more than 50 miles of hiking trails. The 23-mile-long Rim Rock Drive is perfect for touring with a car, small van or small bus. Don’t miss the parade of monoliths a few miles into the park.

A new public trail system at Three Sisters Park near the Monument offers desert landscapes. The park opened in the fall of 2013 and offers gentle desert terrain for walkers, runners and bikers.

Not far from Grand Junction is the 10,000-foot-high Grand Mesa, an “island in the sky” and the largest flat-topped mountain anywhere. A fairly easy drive on Exit 49 off Interstate 70 leads to the Grand Mesa National Scenic Byway and the Mesa’s distinctive welcome center, located next to a beautiful lake and operated by the Forest Service. Popular activities include picnicking, hiking, skiing, fishing on one of the mesa’s 300 lakes, camping, horseback riding, bicycling, climbing and discovering wildflowers. 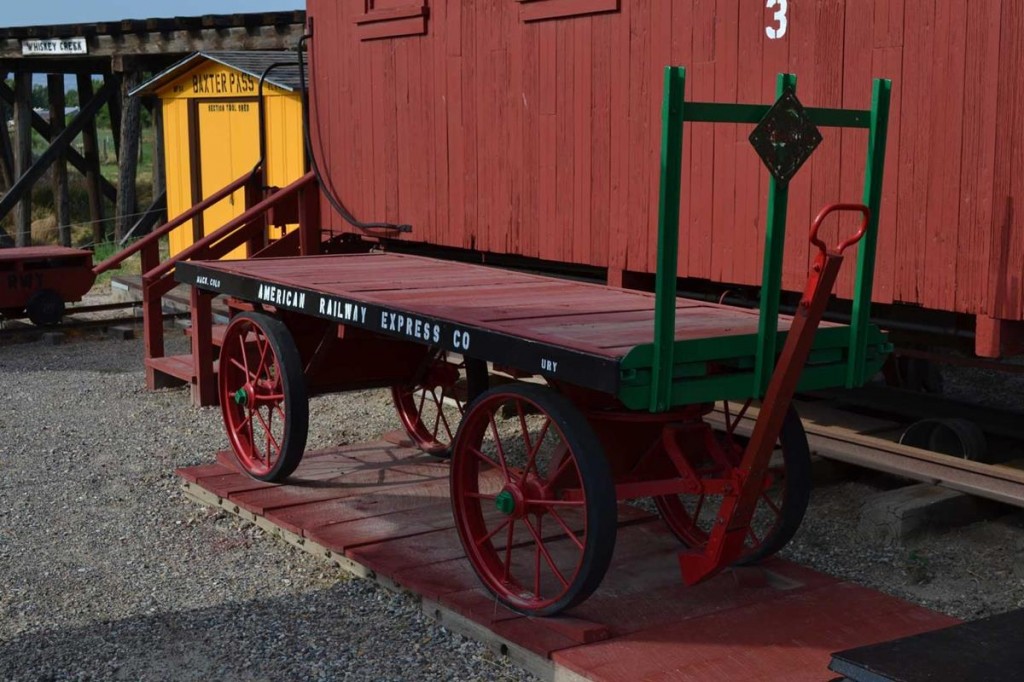 Cross Orchards Historic Site features outdoor exhibits, historic orchard and farm buildings, historic railroad exhibits and rolling stock, and costumed docents share their stories of life as a pioneer in the 1900s. The Museum of the West in downtown Grand Junction outlines the archaeology and history of the West. At this museum you can step into an adobe dwelling filled with artistic ancient Native American pottery, follow the history of the weapons that tamed the West and venture into a uranium mine where drilling and blasting through solid rock shake you back to the “boom” of the 1950s. With dinosaur skeletons and bones found in Western Colorado, the Dinosaur Journey Museum in Fruita is an excellent place to spend some time to discover these early creatures.

Where to stay: The Grand Vista Hotel (www.grandvistahotel.com) near the airport on Horizon Drive provides easy access to Colorado wine country, the Grand Mesa and the Colorado National Monument. It also offers meeting rooms for groups.

For more information, go to visitgrandjunction.com.

Just south of Grand Junction on Route 550 is Montrose, a town of 20,000 that offers a wide variety of outdoor activities and Western hospitality. Rob Joseph, assistant city manager, who also heads the local tourism office, says the city is revamping its tourism bureau to attract more visitors and groups, and it’s looking forward to new energy and growth. 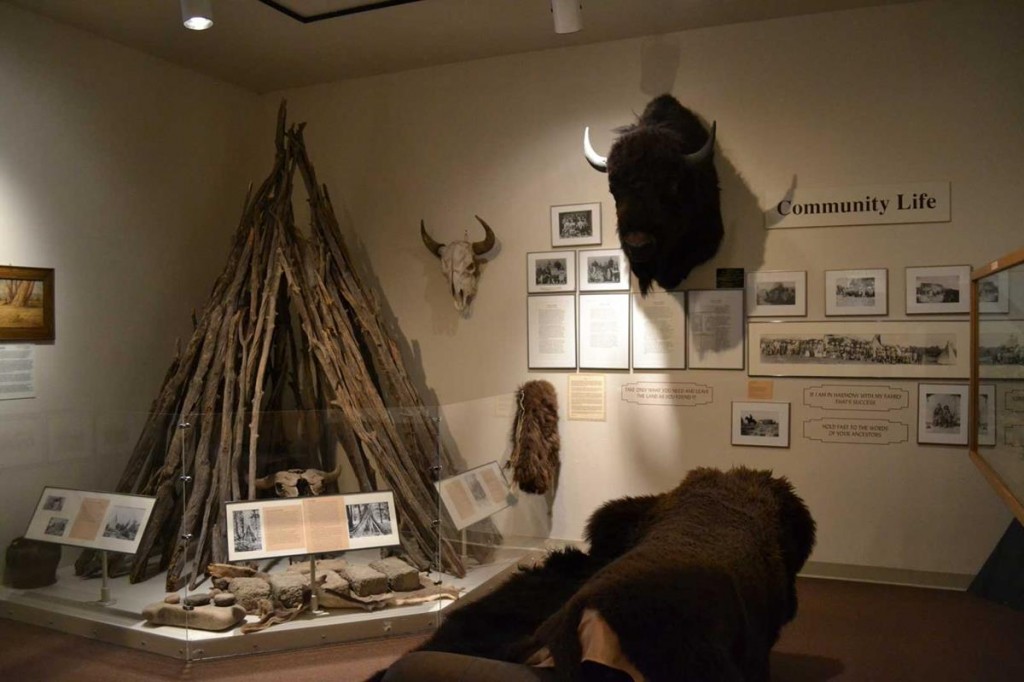 The Ute Indian Museum outside Montrose

The Montrose area used to be home of the Utes. The excellent Ute Indian Museum, now going through a renovation, is a popular attraction on the south side of town. It sits on nearly nine acres of the original 500 acres where Chief Ouray and his wife Chipeta lived.

The biggest attraction around, though, is the Black Canyon of the Gunnison, a truly remarkable national park. The canyon, which plunges as deep as 2,772 feet at Warner Point, attracts from 175,000-200,000 visitors each year, says Park Ranger Nick Myers. The park covers 14 miles of the canyon’s 48 miles, and the best vantage point is at Painted Wall. No other canyon in North America combines the depth, narrowness, sheerness and somber countenance of the Black Canyon.

Many of the buildings in downtown Montrose are over 100 years old. Check out the “Iron Mike” well and foundation from the 1880s, the 1896 Second Belvedere Hotel, 1889 Lathrop Hardware Store, 1889 First National Bank and 1905 Humphries Mercantile. 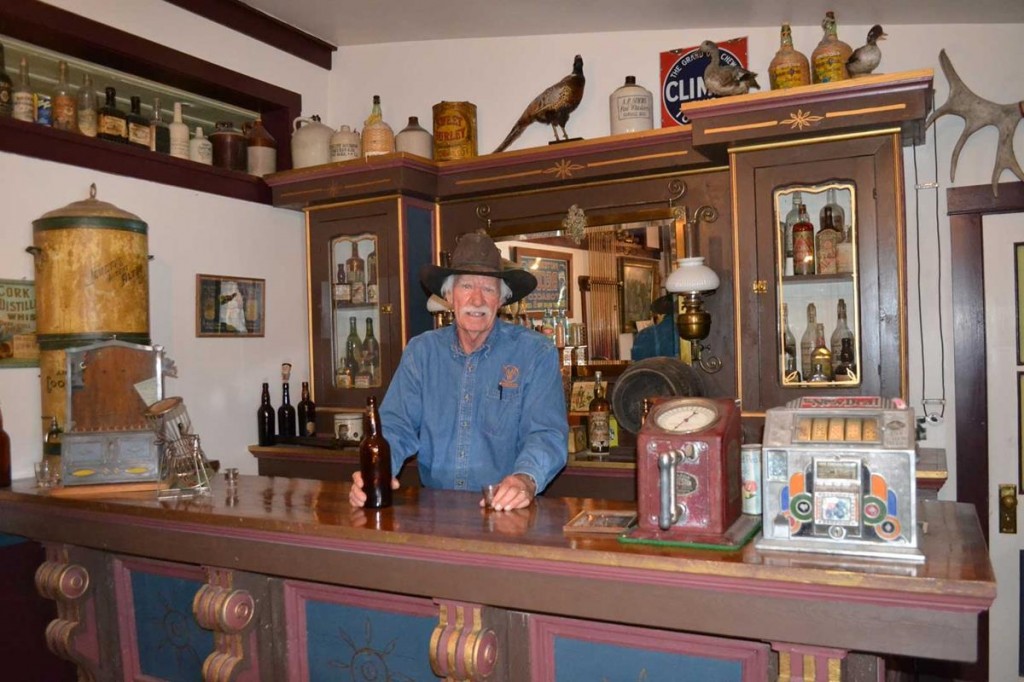 Richard Fike of the Museum of the Mountain West in Montrose shows off his old-fashioned 19th century saloon.

On U.S. 50, be sure to visit the Museum of the Mountain West, run by Richard Fike, a preservationist and historical archaeologist. He has managed to cram into small acreage a wealth of old Western-style structures and more than half a million artifacts, most of them now gone forever from daily life. Curiosities include an 1890s saloon, two dentist and doctor’s offices, a 1900s drugstore, grocery store and post office, millinery display and a dry goods store, as well as railroad artifacts and rolling stock.

One of the larger hotels in town is the Holiday Inn Express on Townsend Avenue. Have lunch at the distinctive Colorado Boy on Main Street, offering a tasty selection of salads, pizzas and pastas. For dinner, try Ted’s Steakhouse on Rose Lane and talk with hands-on owner Ted Nelson, who will answer your questions about the area. For Sunday brunch, the Camp Robber Restaurant on Ogden Road is named after the gray jay bird and specializes in homemade quiche, crepes, eggs cooked to order, pancakes and French toast. It also features a lunch and dinner menu.

For more information, go to visitmontrose.com.