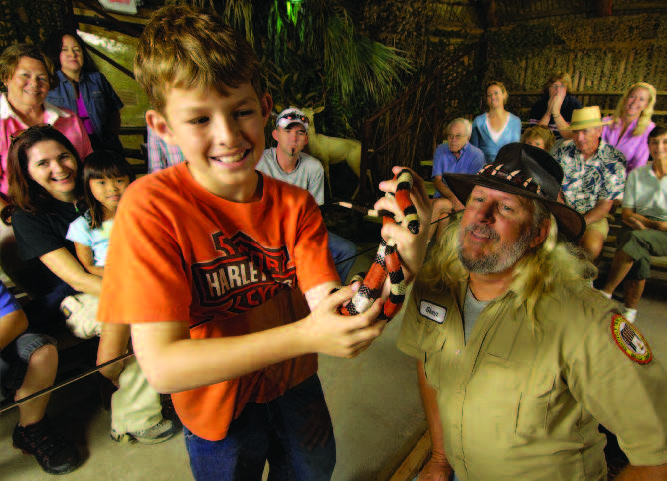 Today there are 564 federally registered Indian tribes in the United States. The Northern Plains and Southern Plains are home to the largest number of tribes and the ones we are most familiar with. We associate many of the Plains tribes with winning the West stories.

Long before the migration of settlers beyond the Mississippi River, the Florida peninsula was the new frontier. In the early days of the United States and until 1821 Florida remained under control of the government of Spain. The surrounding U.S. states and territories coveted the rich resources of their neighbor.

The Maskoki tribes of Alabama rose up against white settlers during the Creek War of 1813-1814. The horrible treaty forced upon them by Gen. Andrew Jackson sent thousands of the strongest warriors and their families escaping to Spanish Florida. They joined tribes that had been living in Florida for thousands of years and called themselves “yat’siminoli” or “free people.” These people were proud that their ancestors had resisted the attempts of Spaniards to conquer them. White Americans would soon begin calling all Florida Indians “Seminoles.”

Although Florida’s resources were prized, what really infuriated U.S. officials was the shelter and protection the Seminoles provided African slaves. Between 1814-1818 Jackson crossed the international Florida border to settle the “Indian problem” by burning towns, capturing runaway slaves and hanging all he suspected of inciting the Indians. It continued through the 1830s when Jack-son became president of the United States and pushed through Congress the Indian Removal Act.

In what is known as the Second Seminole War (1835-1842) the government spent almost $400 million to remove 3,000 Maskoki men, women and children from Florida to Oklahoma. This war required the resources of the U.S. Army, U.S. Navy and U.S. Marine Corps. From 1856-1858 a series of conflicts were termed the Third Seminole War. The U.S. government spent a large portion of the first half of the 19th century attempting to dislodge approximately 5,000 Seminoles from Florida.

Today the Seminole Tribe of Florida is one of two federally recognized tribes in Florida. They are proud to share their history and culture with visiting groups. Five of the six non-contiguous Seminole reservations welcome visitors, while the sixth reservation, Ft. Pierce, will soon be home for two dozen native Seminole families.

Located on I-75 midway between Naples and Fort Lauderdale, Big Cypress Seminole Indian Reservation offers a wide variety of visitor attractions. The Ah-Tah-Thi-Ki Museum in Hollywood is a great to place to begin. Meaning “a place to learn,” the museum spotlights the dynamic culture and history of the Seminoles. Exhibits share their tale of survival in the Florida swamps. The film We Seminoles tells the Seminole story in their own words. Do allow time for a visit to the museum’s retail shop.

All areas of traditional Seminole culture are dependent on a healthy Everglades ecosystem. Groups can explore the Everglades on both airboat and swamp buggy tours at Billie Swamp Safari. Reptile and animal shows spotlight alligators, snakes and other critters. Junior Cypress Rodeo and Entertainment Center offers a variety of opportunities for groups, including horseback riding tours. The complex hosts events throughout the year. Fabulous dining, shopping, entertainment and gaming are all available at the Seminole Hard Rock Hotel & Casino Hollywood.

The Immokalee Reservation in Southwest Florida houses Seminole Casino Immokalee, the area’s leading attraction since opening in 1994. A variety of arts and crafts shops is available. The reservation is conveniently located off I-75.

The best place to begin planning is online at semtribe.com/tourismandenterprises. Direct links are provided for each reservation and attraction.

The Miccosukee Tribe of Indians of Florida received federal recognition in 1962. They were part of the Seminole nation and share a similar history. Miccosukee Indian Village, off the Florida Turnpike in Miami, delivers valuable insight into the culture and history of the tribe. Historical photo- graphs, artifacts and paintings tell the story of a proud people. The village hosts the annual Miccosukee Indian Arts Festival and Miccosukee Everglades Music & Crafts Festival. Also available are airboat rides and demonstrations of arts and crafts.

Only 15 minutes west of the Florida Turnpike, on the southeastern edge of the Everglades, sits Miccosukee Resort and Gaming, with high-stakes bingo, 1,900 gaming machines and 32 poker tables. The 302-room resort features five dining options. Miccosukee Golf & Country Club, a 27-hole championship layout, is nearby.

For information on all tourism enterprises of the Miccosukee Tribe of Indians of Florida, visit online at http://miccosukee.com/index.html. A visit to a Seminole or Miccosukee reservation will be both educational and enjoyable. They make a great addition to any Florida itinerary.